What does BREXIT mean for business? 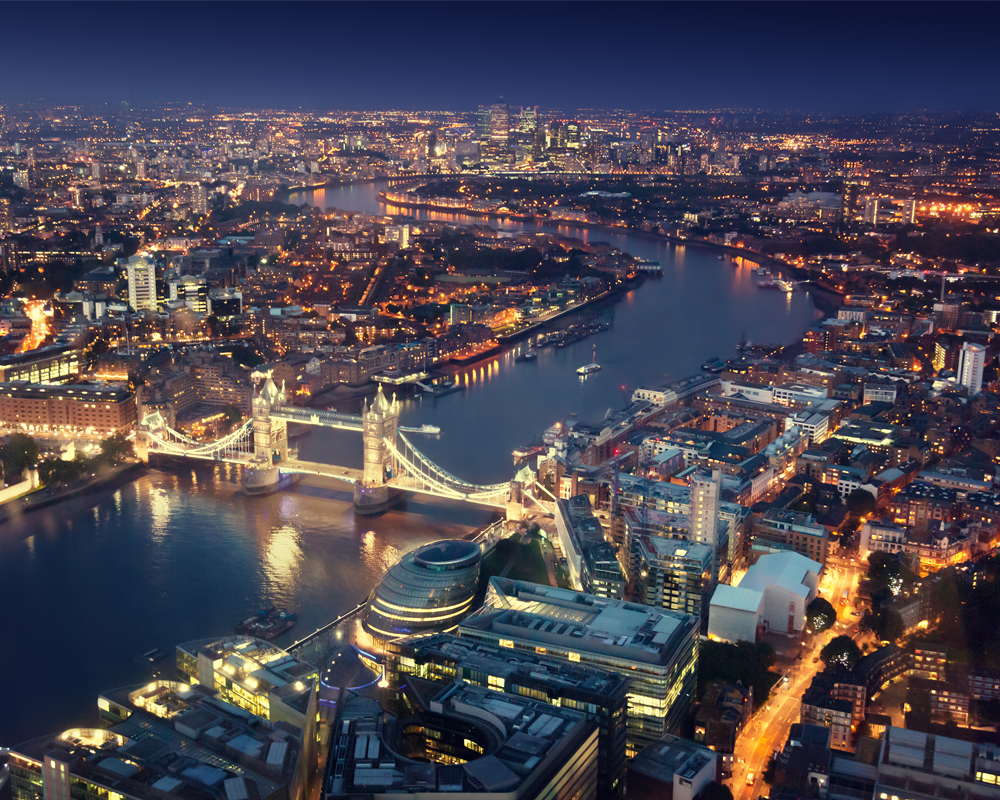 AWM asks some of our trusted influencers for their opinions on the leave vote and how it might impact their industries or businesses. If you’re plotting your next move post BREXIT and want to know how it might affect your business read on… 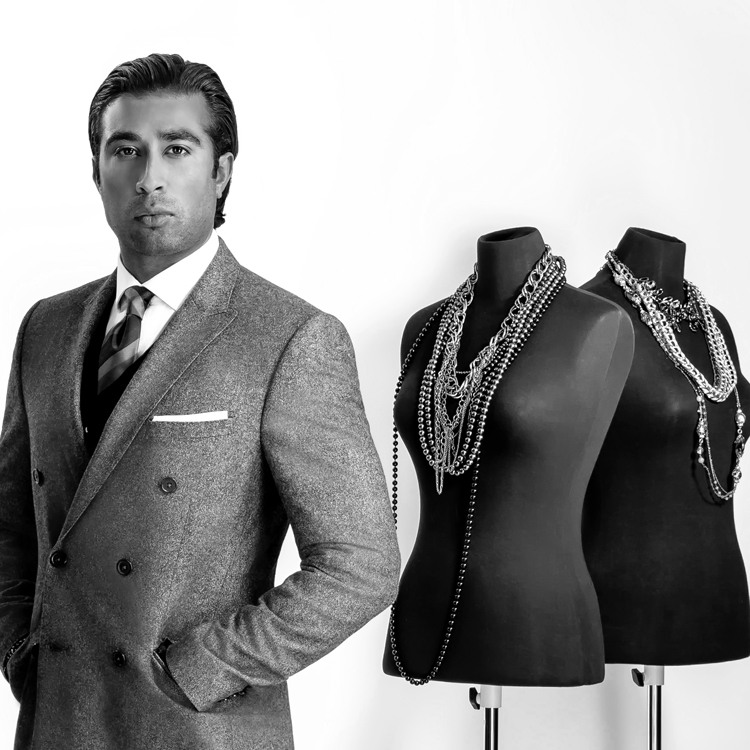 “Brexit has been an interesting discussion point pre and post vote.

While the decision to leave the EU came as a surprise to most people in the capital, it is important to remember that not all is lost and we must now focus on the future and remain positive. To truly have a view of Brexit, you have to consider both sides of the argument.

A large number of voters who opted Leave, focused their decision-making process on immigration however what wasn’t highlighted was the plethora of jobs and opportunities ‘us’ immigrants create for the economy.

Ignoring this point, there is the issue of the £350m weekly outgoing which can now be used for internal purposes; whether it’s on hospitals and schools is not the point – it is still going to be spent internally.

It must also be noted that Europe as a region is the only continent outside of Antarctica that showed almost zero growth since 2008.

The fundamental structure of the EU is such that it requires huge change before we will see any significant growth. Most forget that we are our own island. We have our own currency and we still are the fourth largest military power; could leaving Europe in the long term be a good thing?

With that said, at SECRETSALES.com we have already felt the pressure of Brexit.

As a business that trades in Europe, we are feeling the immediate effect of our weak currency making much of what we buy more expensive.

It’s unfortunate, but we have also seen a number of partnership opportunities freeze until our economy stabilises.

Naturally, the uncertainty of what will happen next causes many people to remain prudent however the UK will persevere in the end, as we always do.” 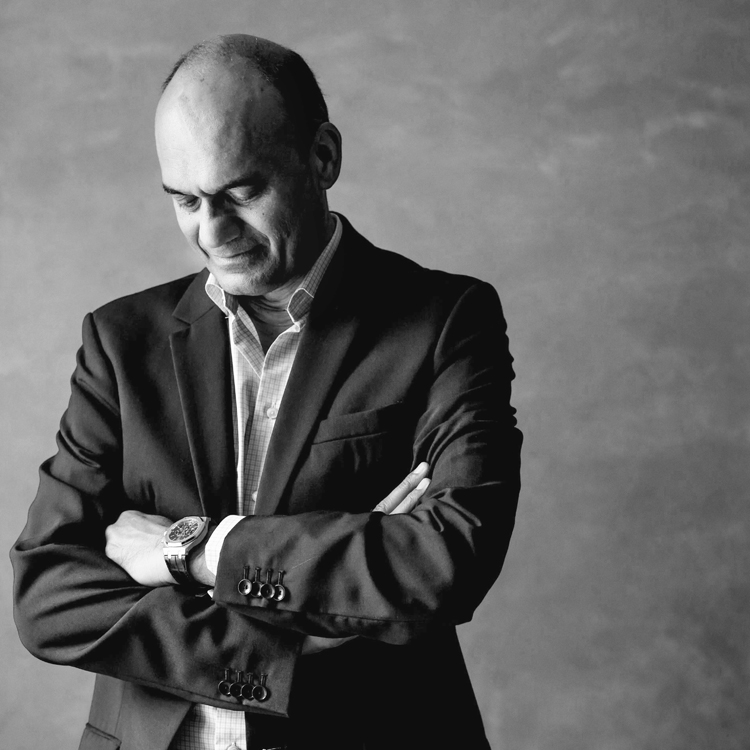 “In the long term, Brexit would impact on the position of the UK in economic terms, particularly in relation to trade policy until agreements are negotiated. However, there is little prospect of London losing its position as a leading international tourist destination.

With the new sterling exchange rate level, as a direct result of Brexit, in the short term the UK is likely to be a beneficiary of tourists looking for favourable high value luxury products, until the imbalance in prices has been adjusted.

The slowdown in luxury sales is more to do with a general decrease in spending, the slowing economy in China and instability in certain parts of the world.

We have noticed wealthy customers are less willing to spend money on high-end luxury products in recent years. Brexit or no Brexit, the outlook is uncertain.” 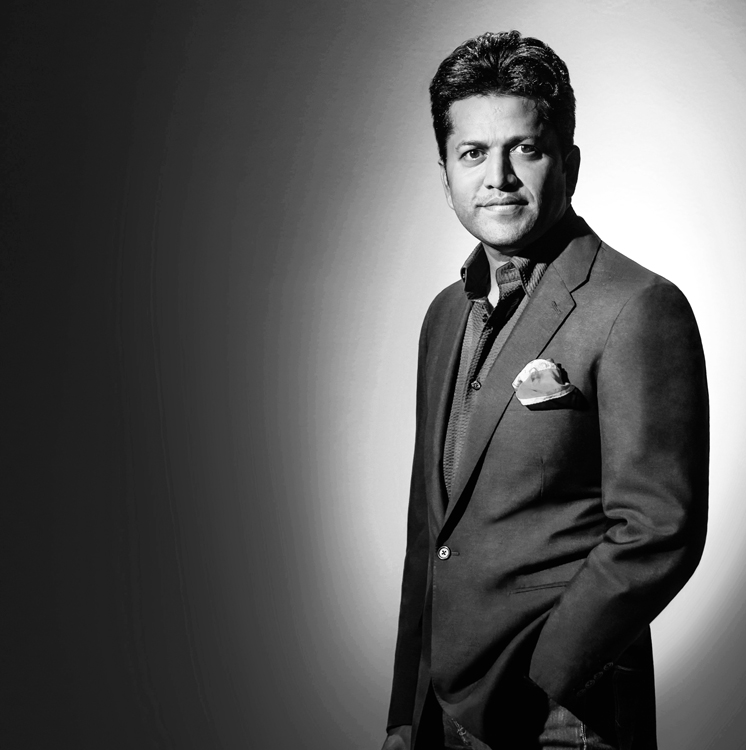 “One of the privileges of the UK being part of the EU for the financial services sector such as banks, payments institutions, fund managers etc., has been the ability to passport their operations and cross-border business within the EU. Leaving the EU will have a major impact on this and will threaten our position of being one of the largest financial centres in the world.

Financial firms who are authorised to do business in the UK have passport rights to conduct similar business in all EU countries.

Losing our passport ability will be a costly affair because such firms will have to set up separate European subsidiaries rather than simply setting up branches today.” 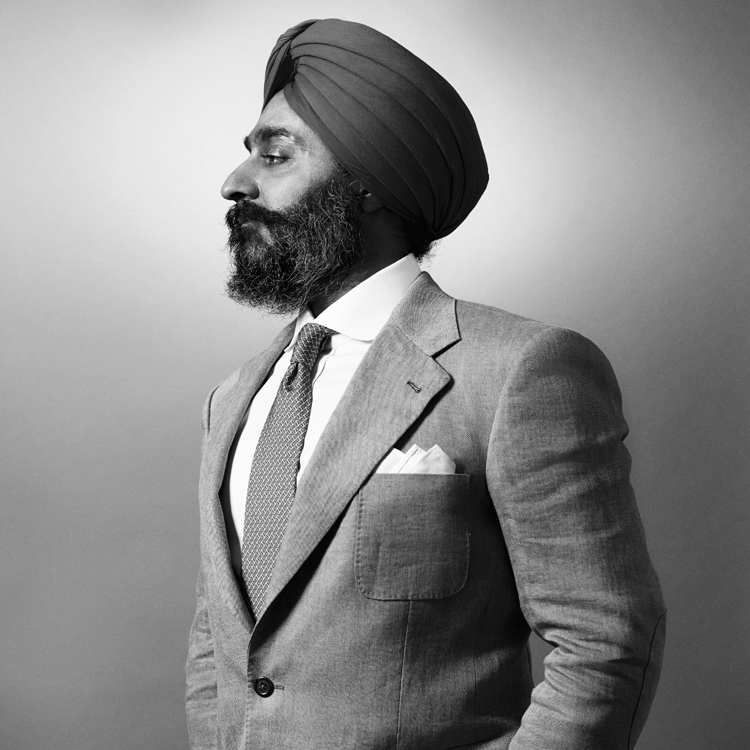 Brexit will have several implications on the UK economy, which the government still has yet to foresee, but the one thing that’s for certain – is uncertainty.

It goes without saying, the impact Brexit will have on the property market would depend upon its impact on the economy but as it stands now, the overall sentiment from economists and politicians is perceived to be negative; as many believe property prices will drop if Britain leaves the EU.

In the short term, initial uncertainty amongst consumers will have an immediate halt on the property market – a decline in price growth and transactions. In respect to the current impact, I believe central London will take the hardest hit, especially affecting properties that are worth more than £1m.

A survey conducted earlier this year by KPMG showed 66% of real estate experts believed that Britain leaving the EU would have a negative impact on inbound cross-border investment.

However, we must realise these are speculations and not facts.

Only a referendum has taken place, so we are not yet experiencing the immediate consequences of Brexit, but once Article 50 has been triggered, that’s when the real ramifications of Brexit will become much more evident to us and the industry – until then, no one can really predict what the actual outcome of Brexit will be.

In spite of this, what we do know for sure is prices in the property market are very much based on confidence, which is achieved when you have a strong balance of supply and demand.

Luxury homes in central London are largely bought by non-EU foreign nationals; thus, if buyers lose confidence in the market, there will be less demand, and as a result prices will drop – it’s a very simple formula.

A group of the UK’s largest house builders, including Barrett Homes and Berkeley Group, has warned that Brexit would affect their supply chains and “investment will suffer as confidence in the economy waivers”.

Alternatively, if the pound falls, London will become an even more attractive market for overseas buyers, as they’ll receive more value for money. In addition to this, one must consider several other fundamental factors that will have a critical affect on the property market; such as, immigration, free trade, interest rate, lending, etc.

It is  a combination of these factors that will determine the growth or recession of the market once Article 50 has been actioned.

Yet for now, with the referendum weighing upon us heavily – this creates an air of risk and uncertainty for both buyers and sellers. The imbalance between supply and demand will prove to have a significant influence on the property market as it continues to be prone to volatility; therefore, the result of what will come to be, cannot easily be predicted by society, economics, or even politicians.” 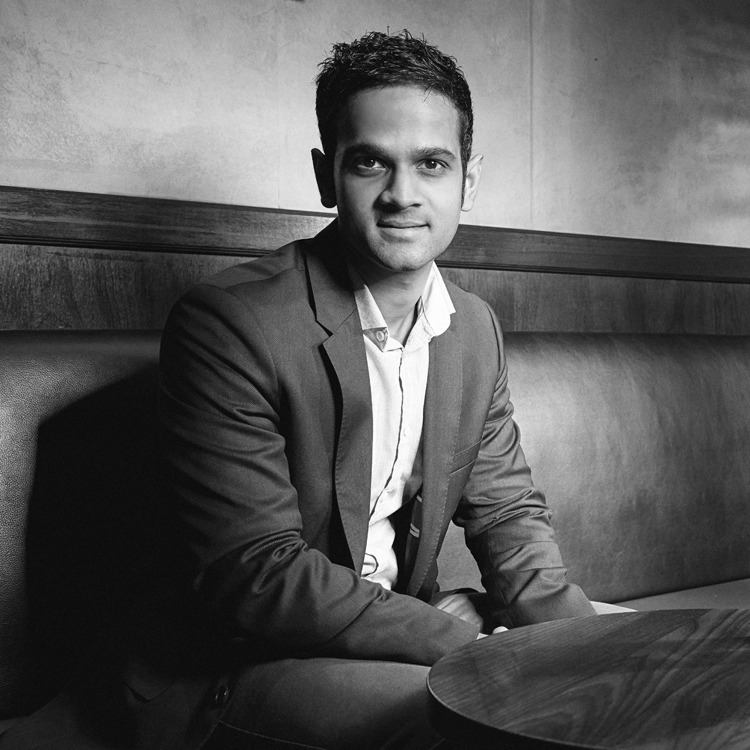 “Something tech startups in particular struggle with is finding people with the right skills to join their business.

At Enternships we have helped over 7,000 startups and fast growing businesses connect to talent and so see first hand the challenges many face post Brexit.

Brexit will limit the pool of talent startups have to hire from and thus will need to be counter balanced with a strong pro skilled migration policy to ensure business growth is not stifled and that UK businesses can continue to hire migrants if they are unable to fill roles with local talent.” 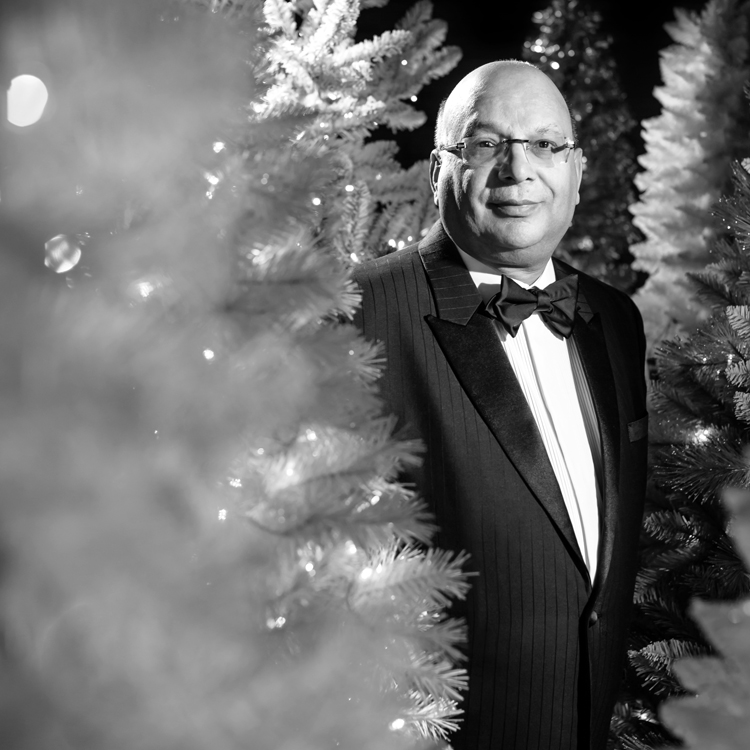 “It’s far too early to come to any conclusion on whether Brexit will benefit the UK or not.

As an importer, the currency’s drop in value should have sent the importing world into a spin whilst helping those who export.

However the minimal drop in sterling’s value may actually present opportunities to both sides.

Nobody likes change but change forces choices and presents opportunities to those who want to grab them. Disruption has always helped those who wish to take advantage and I see Brexit as disruption. I therefore remain positive.” 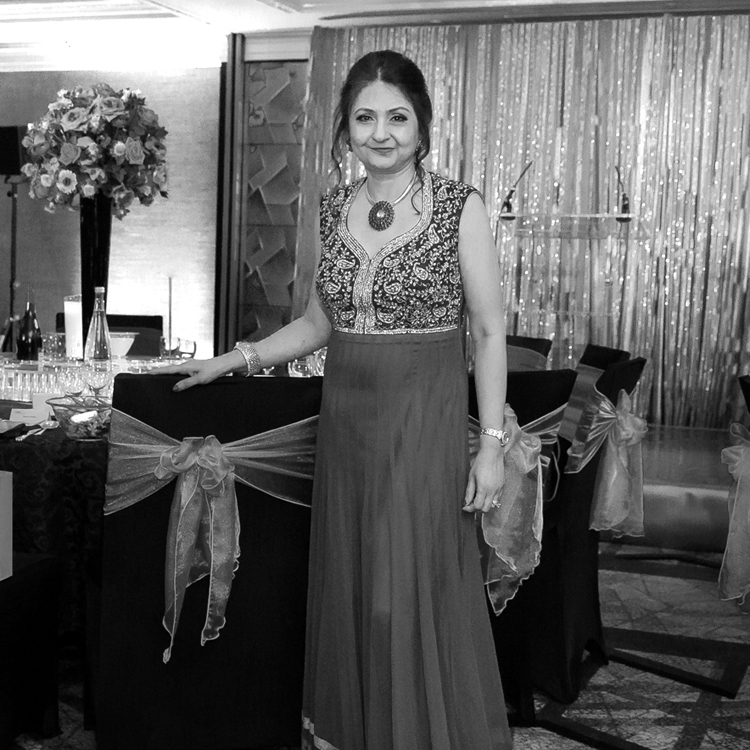 “Friday 24 June 2016 represents a pivotal moment in UK history; Brexit will dominate the business agenda for some time and have an impact on all businesses both at home and overseas.

As part of our response to the Leave vote, KPMG appointed Karen Briggs, one of our most senior partners, to the newly created role of head of Brexit and we have been busy advising our clients to consider the next two weeks, two months and two years to assess the path ahead.

Looking at our 2:2:2 model, many of our clients have been seeking advice on their immediate risks.

However, we are now seeing clients look further ahead to what opportunities might lie ahead in the next two years – whether these are bolstering trading relationships with China or out-manoeuvring competitors.

As a large global business, one of our immediate concerns was the reaction of our international workers to the outcome of the vote.

We have 700 EU nationals working with us in the UK firm alone – all naturally needing advice and support against an uncertain background.

Our specialist immigration law team is working through the potential implications of the Leave vote but, for now, the Home Office has made assurances that nothing has changed and our EU employees continue to form a vital part of our diverse workforce.

As a tax partner I have been contacted by many of my clients who want to assess possible post-EU tax policy now and the three biggest themes so far are the use of the UK as a holding company jurisdiction, the impact on the customs duties and reliefs in the supply chain, and the tax impact of restructuring being brought about by other changes such as the loss of regulatory passporting under some Brexit scenarios.

Of course many other features of Brexit will have a knock-on tax effect so it is important to factor tax consequences and costs into any wider studies of, for example, the management of FX and liquidity and the free- movement impact on mobile UK and EU employees.”