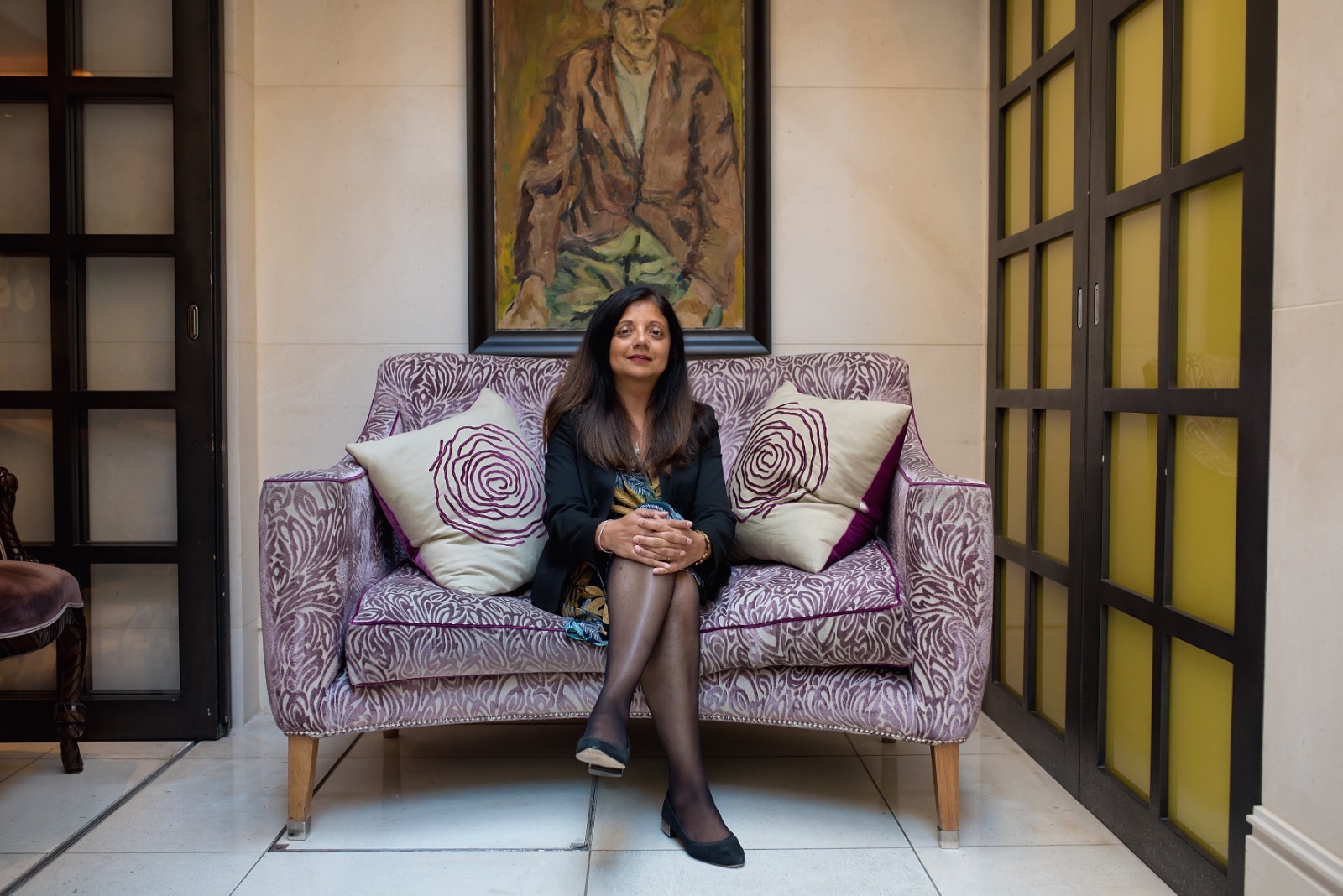 From being one of London’s most exclusive gentlemen’s clubs, the luxurious St. James’s Hotel and Club has evolved to a bold celebration of women’s power. 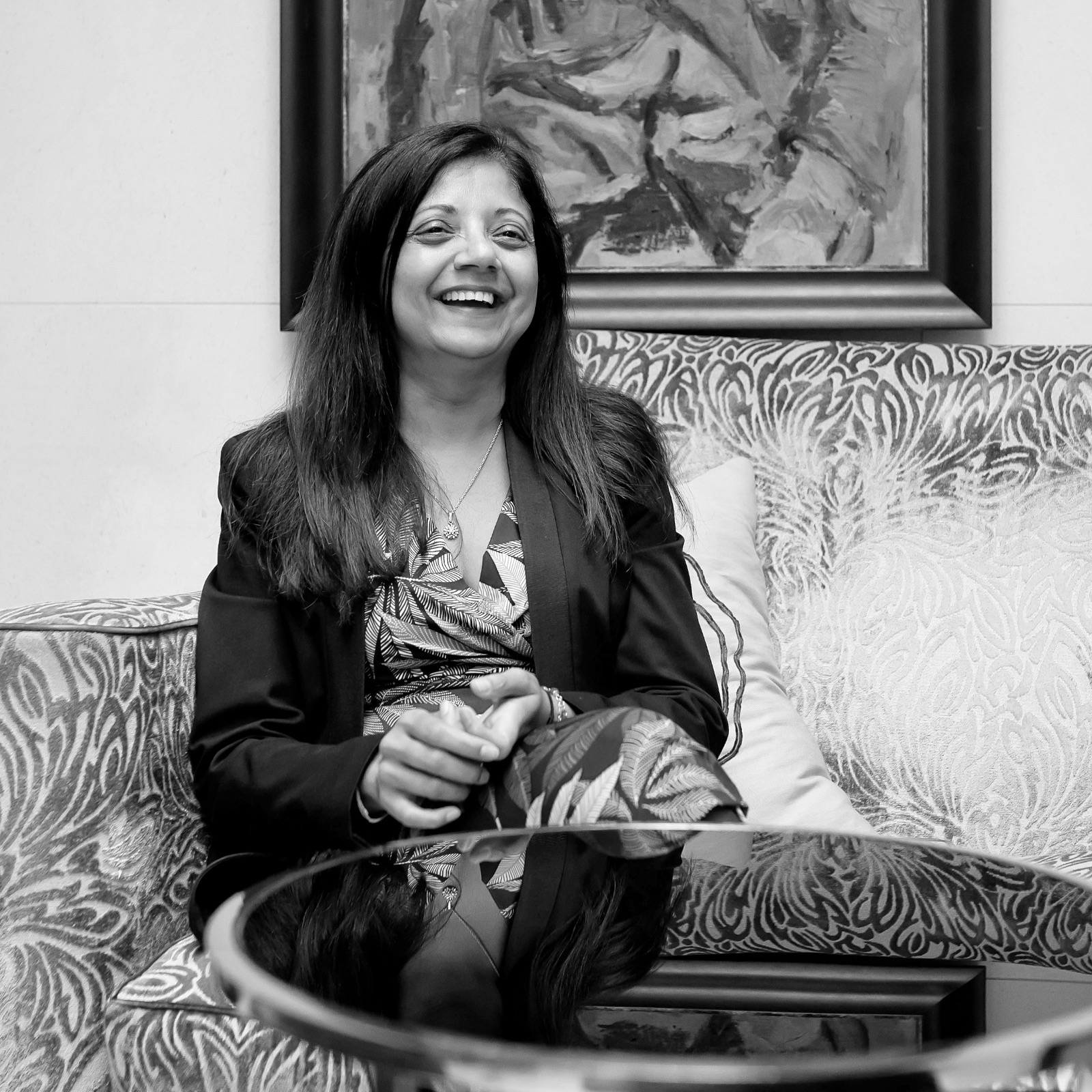 Opened as a private member’s club in 1857, St. James’s Hotel and Club was originally a gentlemen’s chamber for the English aristocracy, attracting luminaries such as Winston Churchill, Henry James and Ian Fleming.

In somewhat surprising contrast, I find myself in the bar sipping cocktails with the Managing Director, Anjana Pandya. The finance expert and former Indian classical dancer has worked in hospitality for almost 30 years before working her way to the top job of MD in the luxurious, discreet bolthole in Mayfair.

“Ladies were only allowed to join the Club from the 1960s,” she laughs. “The move was the first of its kind, and now St James’s is fully run by women.” Anjana, a mother of three tells me that the Club was taken on by its previous owners in 2006 to create a luxury 5-star hotel and club. It continues to offer the intimacy of a private member’s club, exuding a sense of contemporary chic and Victorian elegance in a uniquely progressive fashion.

Sitting in William’s Bar and Bistro, I’m handed a menu of cocktails dedicated to women empowerment. Aptly named Women of the Past, the cocktail book is beautifully illustrated by artists Anna Mazzotta and Annie Newman. The artists take the reader on a journey featuring 12 cocktails from different parts of the British Isles. Each cocktail is represented by a remarkable British woman from the wartime’ periods, including suffragette Emmeline Pankhurst and pioneering English pilot Amy Johnson CBE.

As I sip my No-Tini alcohol-free Martini cocktail (it’s a working lunch, remember!), I flick the pages to even discover a playful sketch of Anjana on the penultimate page. Anjana is clearly valued as the powerhouse that runs this luxurious ship. 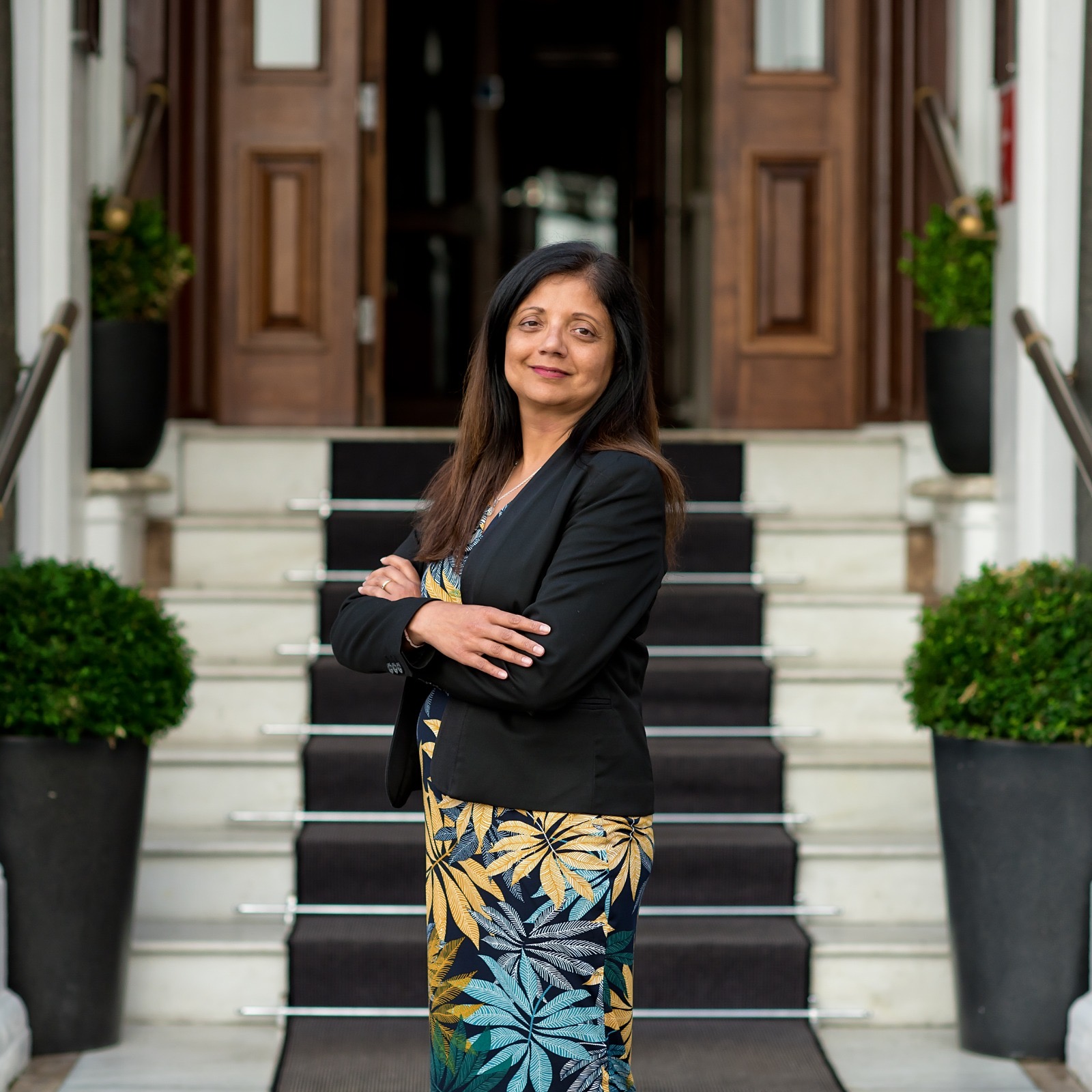 “I am a numbers person and never had the inclination or the ambition to be a general manager or director,” she says in a matter-of-fact way. “When I was invited to apply for this role, I wondered if I could do it. Being a woman and a mother, I didn’t know if I could live up to the standards the owners expected…especially running a property right in the middle of Mayfair.”

Anjana applied for the top role realising the impact it could have on her young children who were then still at school.

She tells me that the owner of St James’s Club and Hotel, Pakistani business magnate and billionaire Mian Muhammad Mansha, has always been known to support women and treat them equally. Mansha himself encouraged Anjana to take on the role.

“He told me there are two things in life you need—passion for the product, and hard work. If you have these, you can do anything.”

Recognising Anjana’s tenacity, drive and hard work ethic, the owners even asked her to support the opening of the Nishat Group’s boutique hotel in Pakistan.

“As an Asian woman I wanted to prove myself, so I gave it everything. I gained a huge amount of experience in a very different part of the world and in turn that gave me the confidence that I could flourish as a general manager at St. James’s.”

She worked achingly long hours for the job, including many overseas trips. “It was hard, but I got lots of support at home and made some very good friends who helped with the children,” she recalls.

Coming from an arts background, Anjana unleashed her creativity into developing the brand at St. James’s. She has clearly made it her forte to position the brand, collaborating with the right people to gain the attention it deserves. St. James’s has picked up an array of prestigious awards, including Michelin Stars, AA Rosettes and AA Notable Wine List Awards.

Some of the exclusive names that have come on board to partner with St James include Hamleys, Moet Hennessy, and global life coaching company School of Life. Lucy Troy of Somerset House created a display in the hotel, which was soon listed as one of the top ten Instagram spots in London.

As a powerful woman in an equally powerful role, Anjana is thriving in the traditionally male-dominated industry, but shares a synergy with her team. The director of St, James’s is also a woman and young mother, and Anjana tells me that together they not only share best practice in business, but in their roles as Asian women. Women make up a large proportion of leading roles within the hotel including head housekeeper, front-of-house, and chefs. The head concierge, Madeleine Calon is the first female to hold that role in London, and is also the first female president of the Society of the Golden Keys, the association of hotel concierge.

As we finish our drinks, Anjana flicks through the menu, pointing out the Fleur de Champagne and Femme de Champagne, Duval-Leroy’s two flagship champagnes from the Côte des Blancs region of Champagne. She highlights that St. James’s Club and Hotel is one of only three businesses in London to serve these immaculate Duval-Leroy Champagnes.

What is most unique about this Champagne business, is that since 1991, and the early death of Jean Charles Duval, the company has been run by his widow, Carol Duval-Leroy. Now a prominent business influencer, she has since grown the company, becoming the first woman ever to be nominated chairman of the Association Viticole Champenoise (AVC), the champagne region’s winemaker’s association. Who would have ever known champagne to make such a bold statement of women’s rights…and so fittingly in such an establishment as St James’s Club and Hotel.