Sonu Shivdasani: Buying an island or two in the Maldives 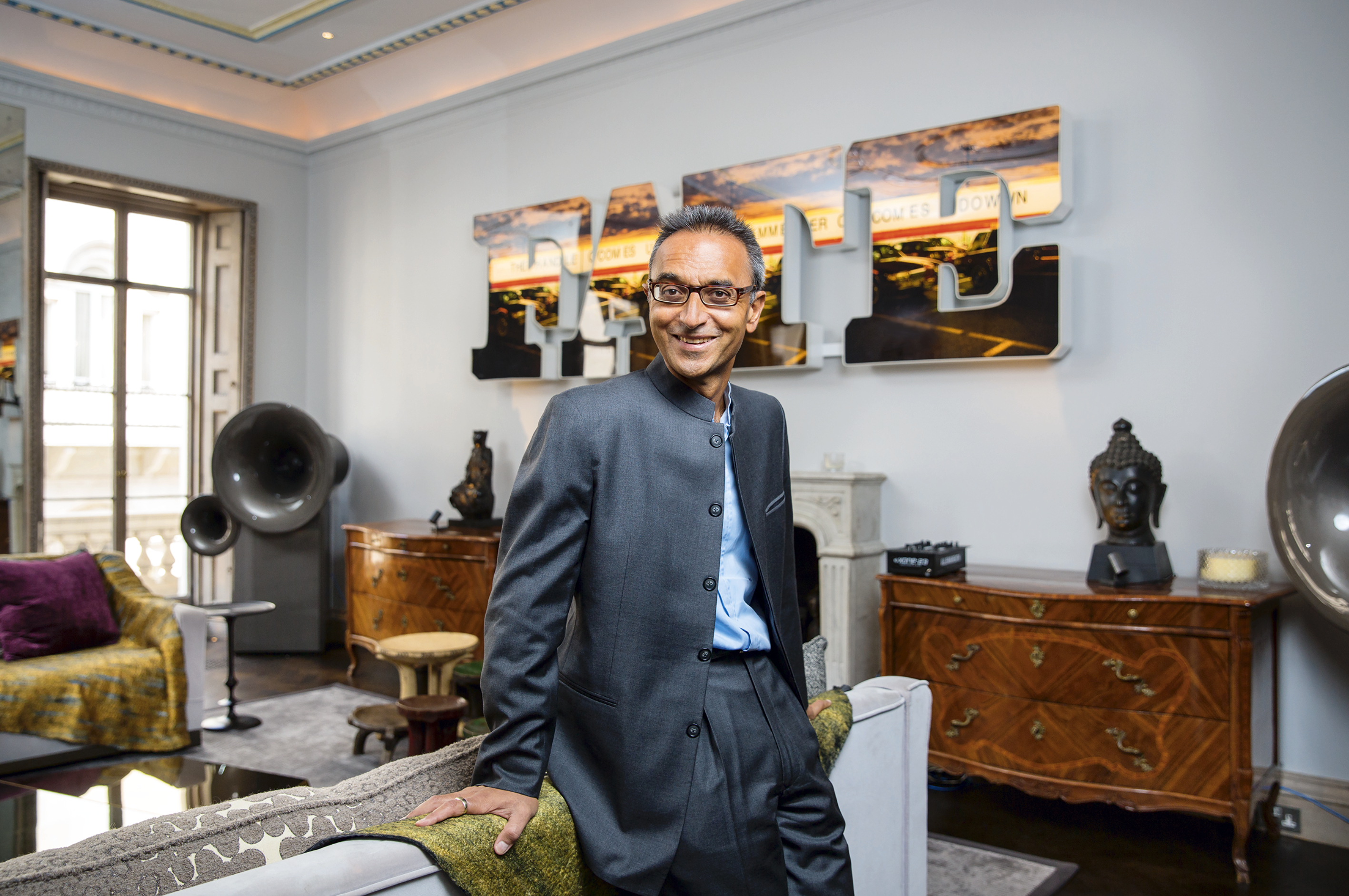 AWM meets Sonu Shivdasani, Founder of Soneva Group, a travel brand that puts the emphasis on slowing down the pace and completely disconnecting from the outside world. 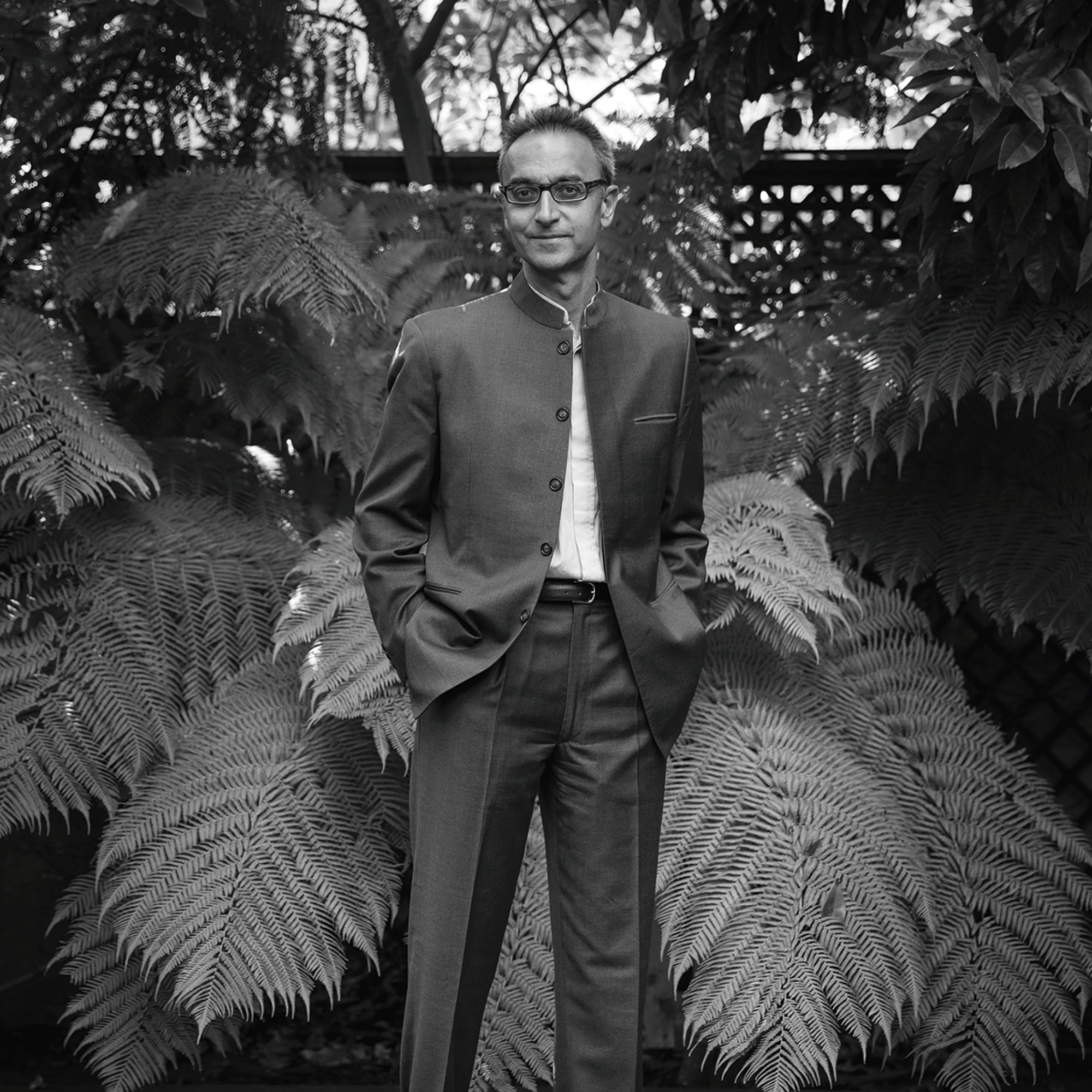 “Luxury is not gold, it’s not champagne and it’s not chandeliers. Luxury is what is rare. The moment it is commonplace it is no longer a luxury. It has to be new, rare and true; it has to ring a chord in your heart when you experience it.”

These are the words of Sonu Shivdasani, co-founder and ‘Guardian of the culture’ (as his business card displays) of the hugely successful Soneva Group, which owns and operates luxury retreats in the Maldives and Thailand. He is on a mission to reclaim the essence of what defines luxury.

It is a word, he believes, that is used too often to describe things that have become part of the everyday. In a world where it’s difficult to differentiate between ‘luxury’ brands, Sonu, working alongside his wife, business co-founder, creative director and Soneva conscience (as also described on her business card) Eva, is focused on creating something completely unique. 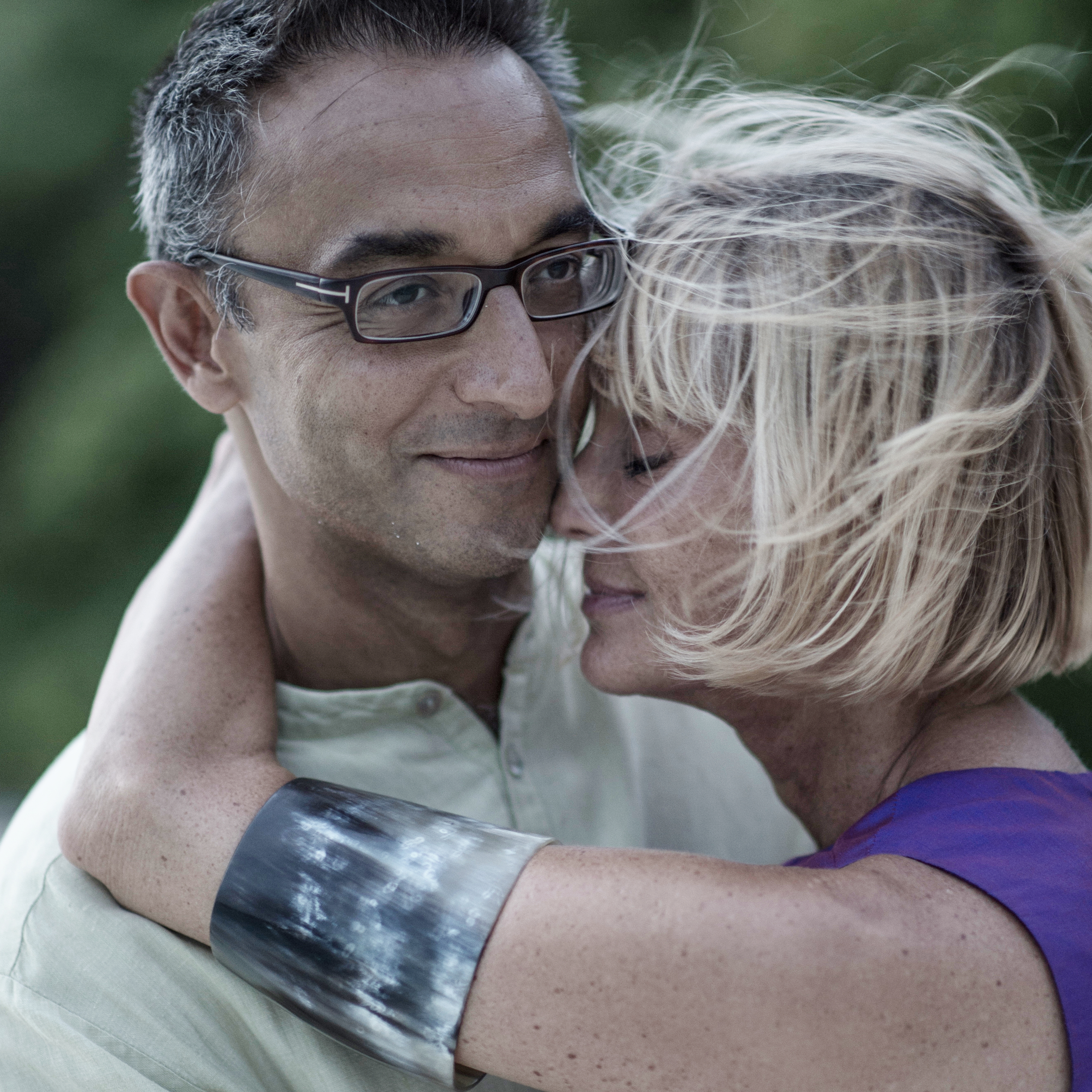 The result is Soneva, a pioneering travel brand, that offers visitors once-in-a-lifetime experiences. Their ethos is simple, to focus on ‘slow living’ by offering luxury, wellness and sustainability in breathtaking settings.

“If you look at The Sunday Times Rich List today, the majority of people on it are self-made and 90% of them live in cities,” says Sonu. “They travel a lot  and are going to New York or Paris or Shanghai. They might think that they’re travelling in luxury, but the things they’re experiencing aren’t luxuries, they’re nice. The restaurants, hotels, cars are much and much the same – made by the same designers and architects – and the food they’re eating never varies much from place to place.

“So, for us, with our intelligent luxury guiding principle, we’ve come up with lots of initiatives that we believe our guests don’t get every day. Whether it’s as simple as walking barefoot for a week or having a fresh salad plucked from the garden that morning. Or having a shower, listening to the Bose sound system and being able to see the full moon, because it’s open air. These are all things, however wealthy you are, you can’t do in an urban context.”

A bit like a real-life Willy Wonka, Sonu takes people’s dreams and turns them into a reality. But this isn’t about being overly ashy or over the top, it’s about a simpler, more pared back way of travelling that puts you at one with nature and the environment around you. The concept has paid off, with Soneva winning multiple awards over the years, including two coveted World Travel and Tourism Council ‘Tourism for Tomorrow’ awards. 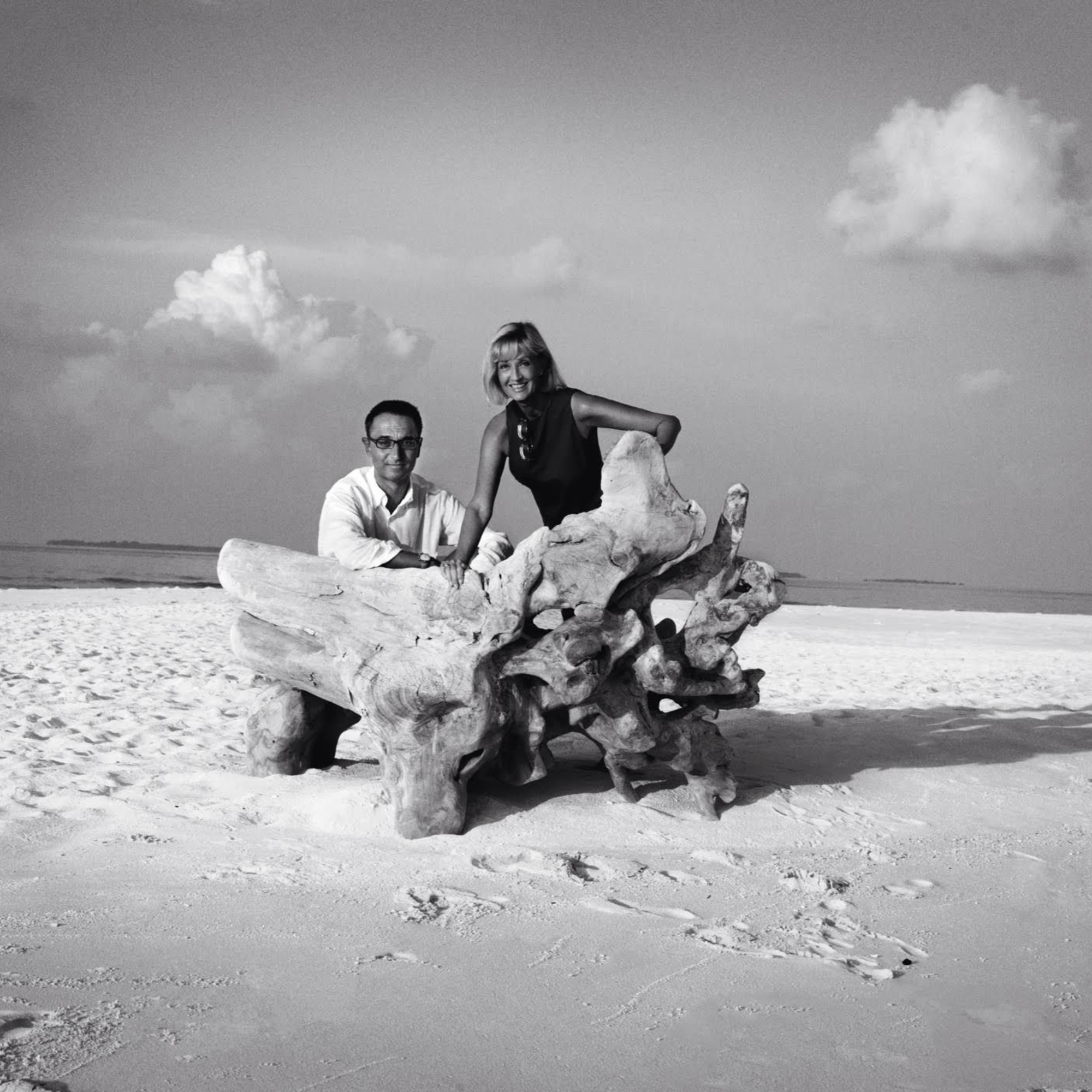 Where it all began

Building a travel empire  wasn’t always on  Sonu’s to-do list. In fact, the idea came about as something of a happy accident. It all started  some 30 years ago when  Sonu was still a student at Oxford. He used to  travel to the Maldives  with his then girlfriend  Eva for holidays. They fell in love with the place, which he describes as at the time being full of “1-star properties, where all the food came in tins. It was all neon lights and plastic chairs.”

Having inherited some money from his father, a successful trader and investor, Sonu, then 23, and Eva decided to build a house in the Maldives. The only snag was that in order to get planning permission the government wanted them to develop tourism in the area.

“In the early 1980s the Maldives was dominated by tour operators like Thomson and that was the opposite of what we wanted to create,” explains Sonu. “Our vision at the time was ground-breaking. No other travel brand was doing barefoot, sophisticated and sustainable luxury. It was all white towels and plastic chairs.”

The couple lucked out when they found an island on the Baa Atoll that had been abandoned for 15 years due to the difficult transport links to and from the atoll. Fortunately, Sonu and Eva had the vision and the foresight to choose the destination as the location for their first resort, Soneva Fushi, which now can easily be accessed by a 20-minute floatplane. 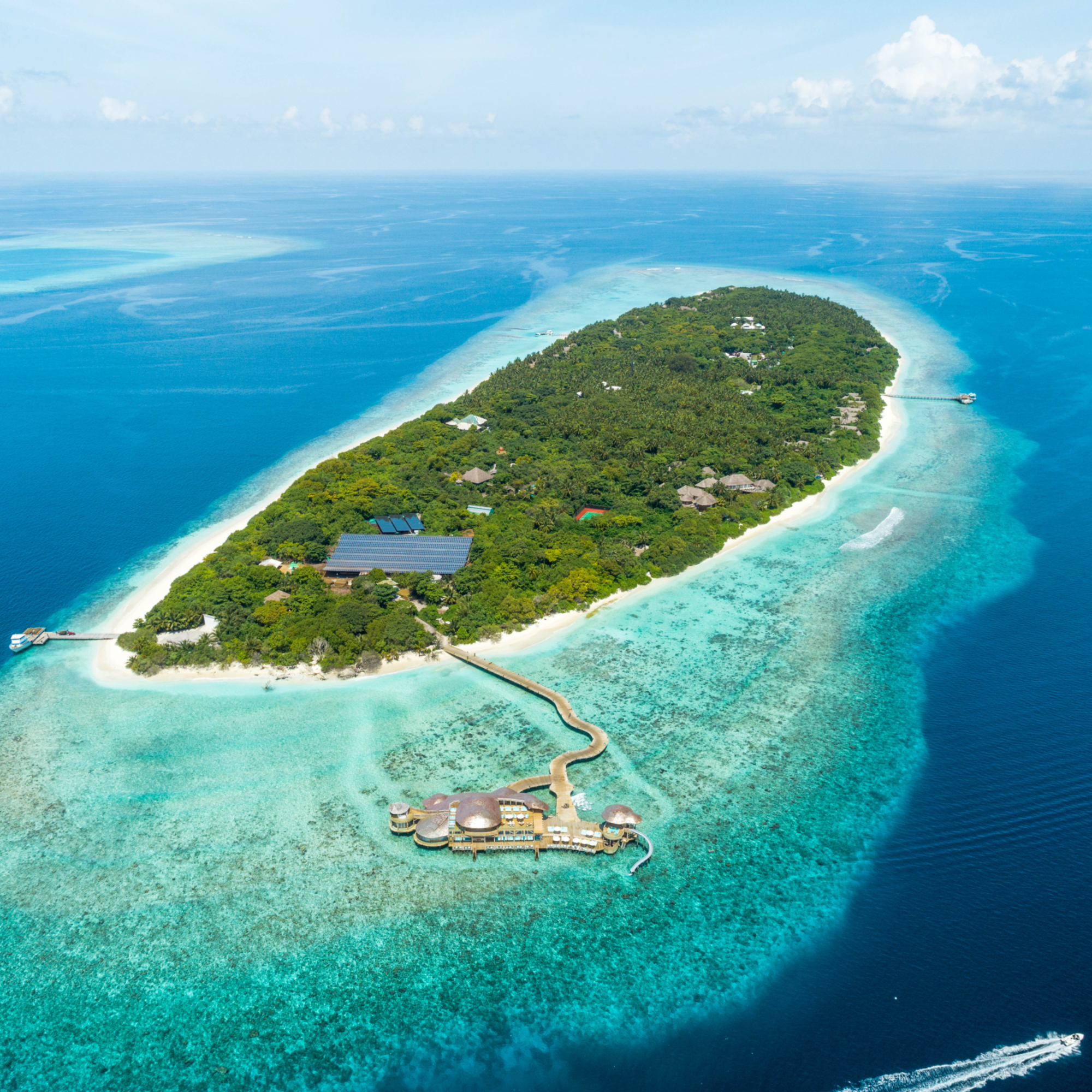 Sonu and Eva immediately set to work turning people’s perceptions of the Maldives around. They shifted the focus away from tacky resorts with bad food and poor service, to a destination to go to for a taste of paradise. “Soneva Fushi is one of the largest islands in the Maldives for tourism but we have a low density concept. So there was, and still are, very few tourists but plenty of space and elaborate villas. The food was also exceptional. In fact, our first chef was Gary Jones, now of Le Manoir aux Quat’Saisons.”

As word spread about the excellence of Soneva Fushi, Sonu and Eva were asked to help other hotel operators to grow and develop their brands. This led to the formation of Six Senses Resorts & Spas, across South East Asia and Europe, which they sold in 2012 to focus on their own, privately-owned resorts. 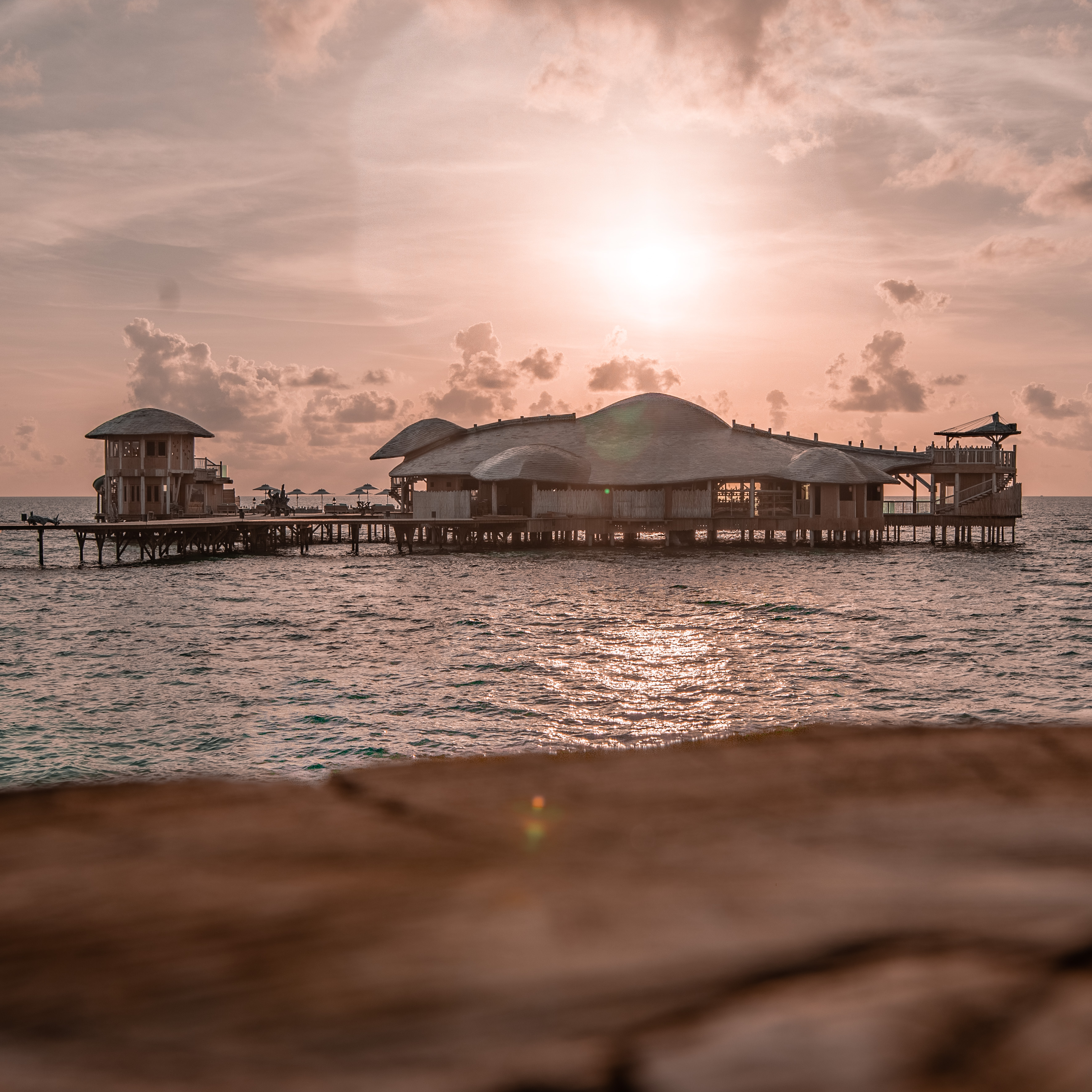 The one owner, one operator, one philosophy approach is what sets apart Soneva from almost every other travel company. It gives them the opportunity to create something completely unique and also to focus on the things that are important to them, like sustainability. The resorts recycle 80% of their waste – the cardboard and the food is composted, tree branches are turned into charcoal, polystyrene into building blocks, and glass is put into a state-of-the-art furnace to be recycled. There’s even a visiting artists’ programme, where to date $2 million worth of art has been produced from recycled waste.

They also offset carbon production through a mandatory 2% environmental levy charged to guests. It has so far generated $6 million in eight years, which has gone on to fund various sustainability projects, including half a million trees in Thailand and a windmill in South Asia which gives subsidised energy to the local area. “This is a lovely example of where we made a small change to our business that didn’t affect our profitability but engaged our hosts more and had a good impact elsewhere,” explains Sonu. 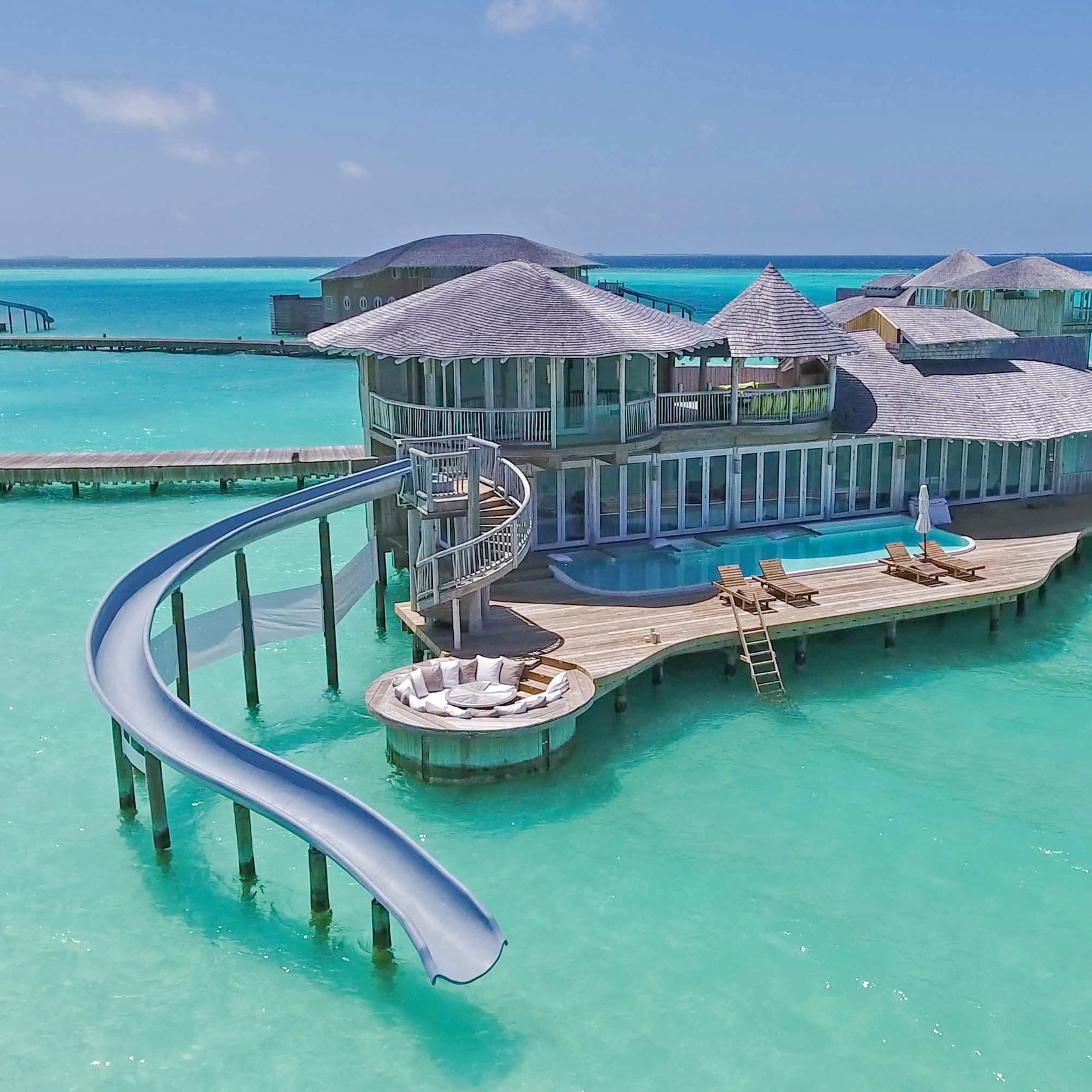 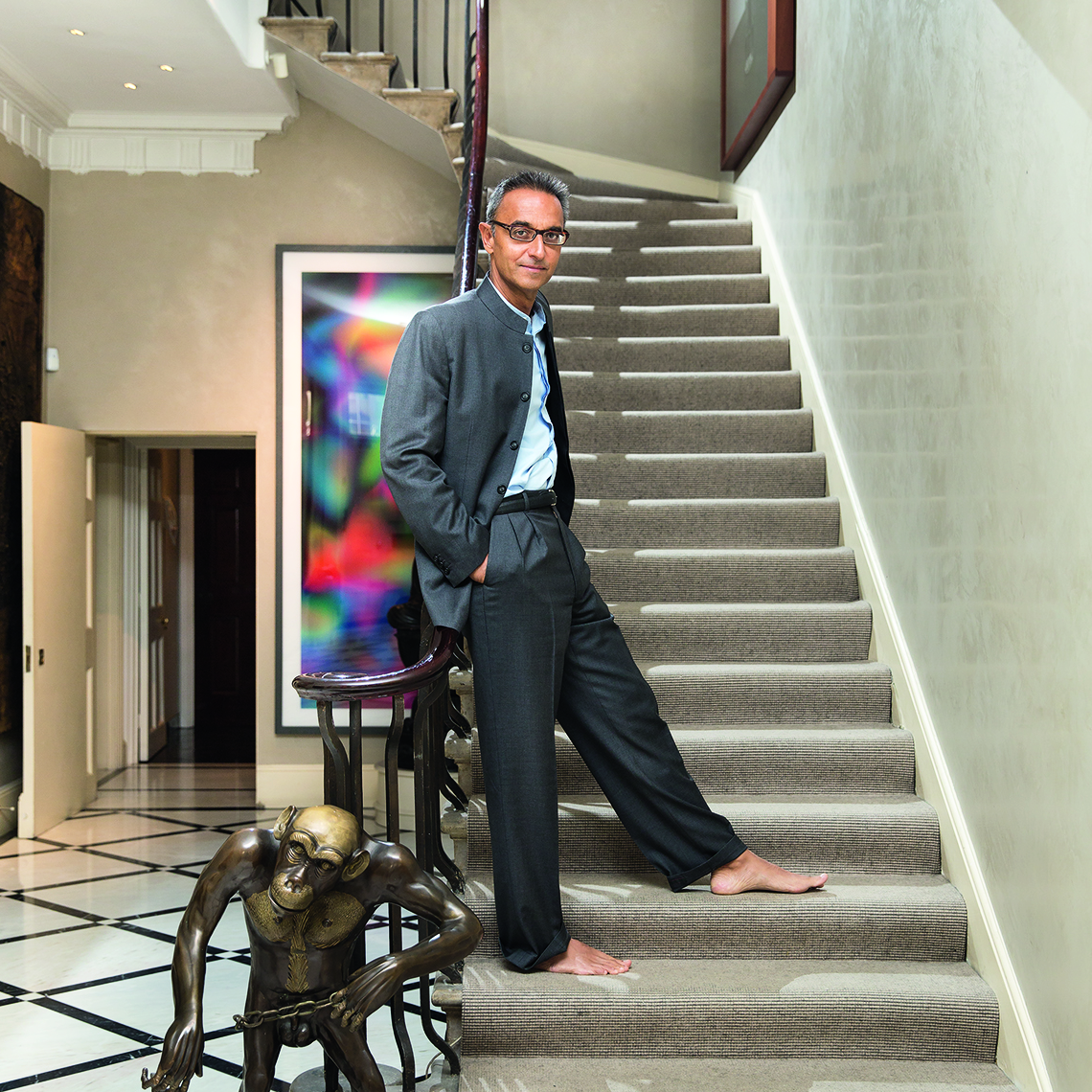 Today, Soneva Group owns and operates three resorts, Soneva Fushi, Soneva Jani, Soneva Kiri in Koh Kood in Thailand, as well as the brands private yacht Soneva in Aqua. “We like  the Maldives and plan to do two more concepts here that complement Soneva Fushi and Soneva Jani and don’t cannibalise it,” says Sonu. “We’re also looking seriously at expanding into Japan, Oman, Bali and Ibiza, and perhaps we might also have a presence in London, Paris or New York. “Our focus is  the leisure traveller, rather than the corporate traveller.  It’s not resorts. There are cities now where there is a growing component of leisure travel and we’re looking to tap into that.”

Interview originally published in the Winter 2016 issue of AWM
Photographs by Andy Paradise, Bruno Aveillan and See from the Sky,