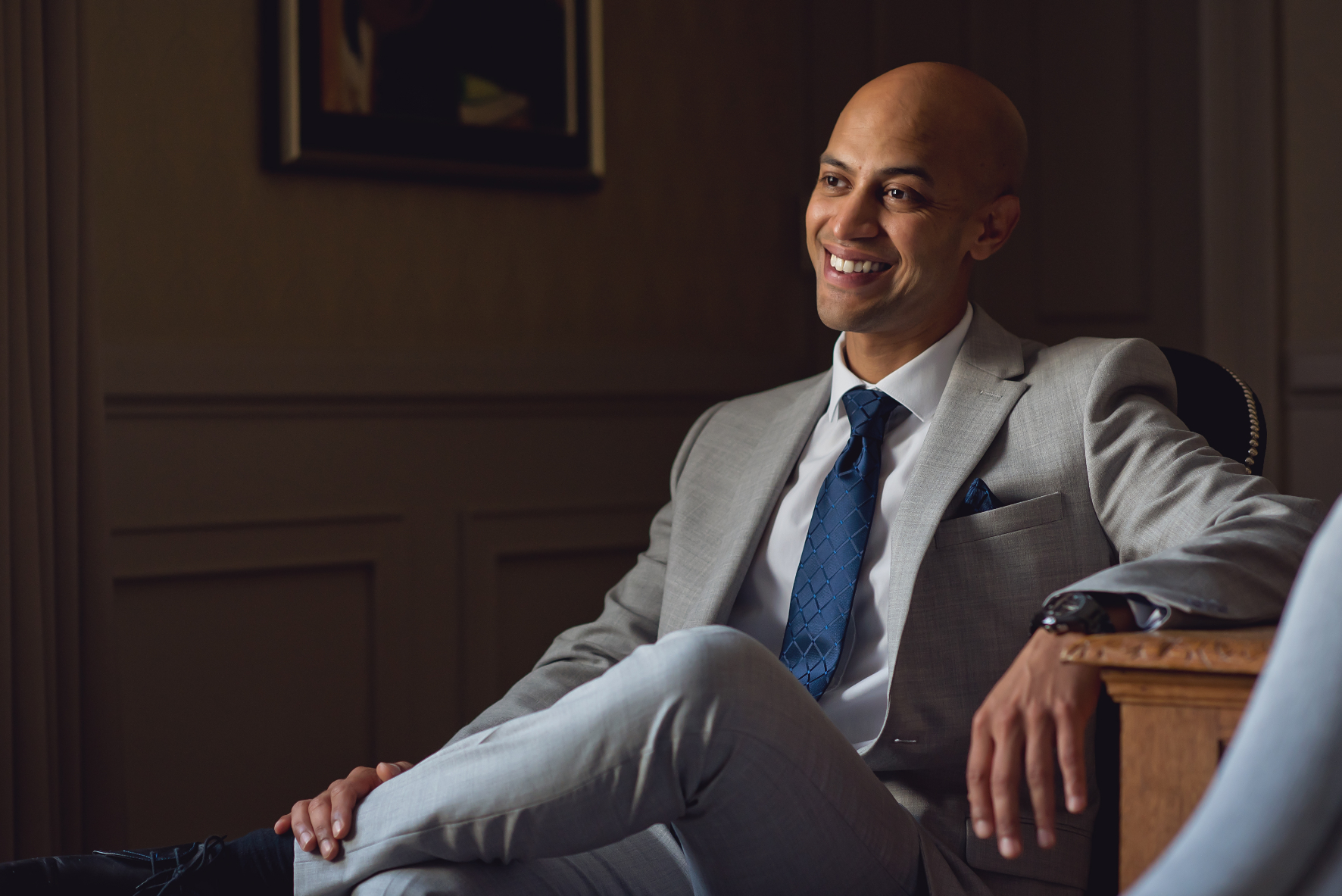 Director of The Jawa Group, Rishi Jawaheer is a pioneer in dementia care. He talks to Nima Suchak about how being raised in his parent’s care home spurred him to launch ‘Care Vision’ an innovative cloud-based app to meet the complex needs of individuals in care. 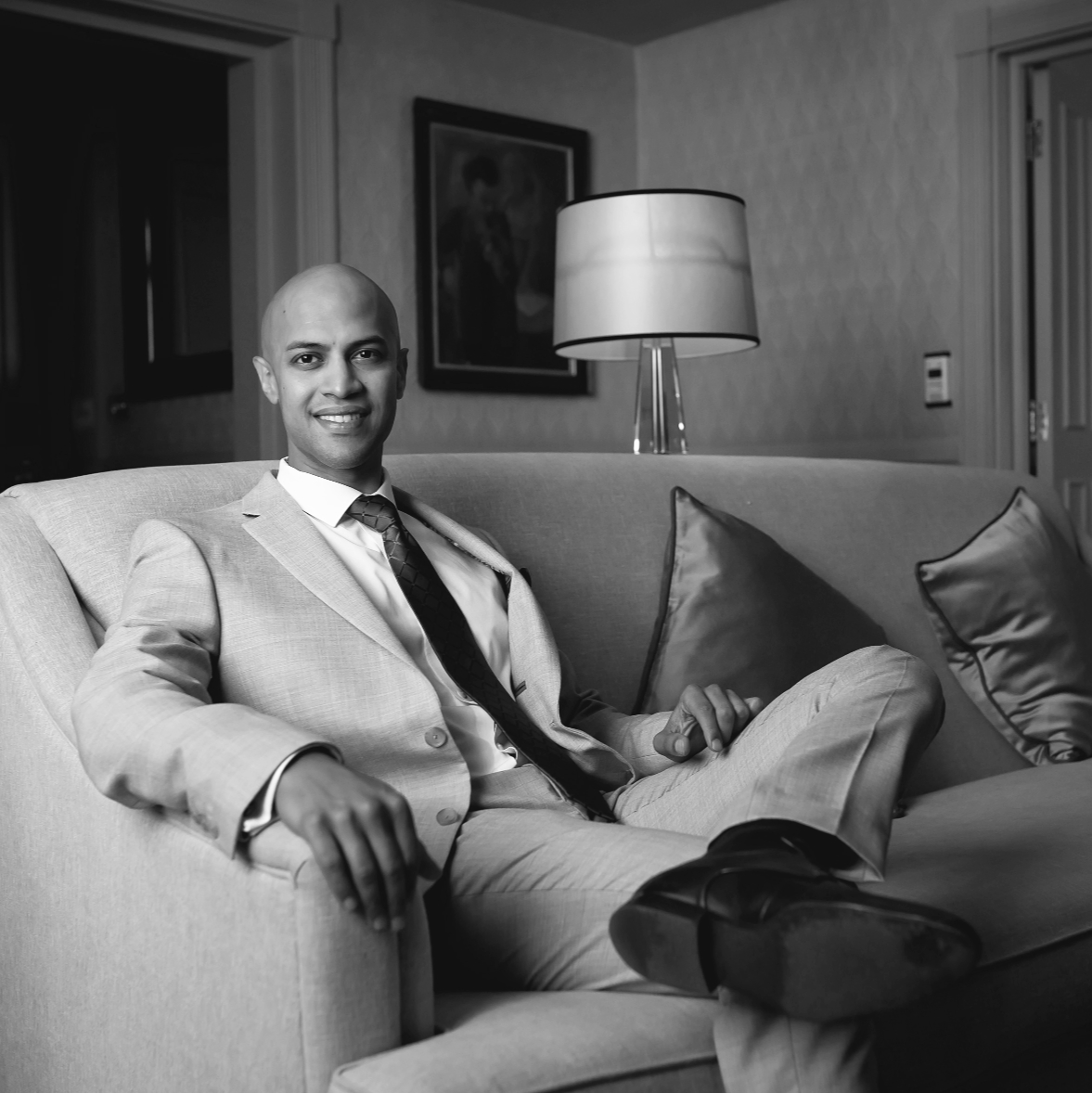 While every parent strives to provide the very best start for their child, Rishi Jawaheer’s parents raised their children in a truly unique way. Sowing the seeds for a lifetime of service to the most vulnerable, Rishi’s upbringing was unlike most children…because he lived in the family’s care home.

It was 1970 when Rishi’s parents arrived in the UK from Mauritius and Sri Lanka. They trained as nurses and worked their way through the NHS before opening the first dementia care home in Bromley, South East London.

The entire family occupied one room on the top floor of the house they shared with twelve dementia patients. “We lived as an extended family, eating together, going out, and playing in the garden. It really opened up a connection with the older generation,” says Rishi. “Rather than being in mental health institutions, the patients really needed a sense of family and community.”

Rishi describes how his parents were involved with all parts of running the home—caring and cooking, managing the accounts, while looking after the family.

The home was part of a pilot programme and became the springboard for three homes in The Jawa Group’s purpose-built care village. Though the business expanded dramatically, the group still maintains its family ethos.

When Rishi joined the family business 14 years ago, he decided to spend three months as a carer before taking over as director. “As an organisation, our mission statement is ‘compassion, community and family’. We try to keep a sense of community,” he says. 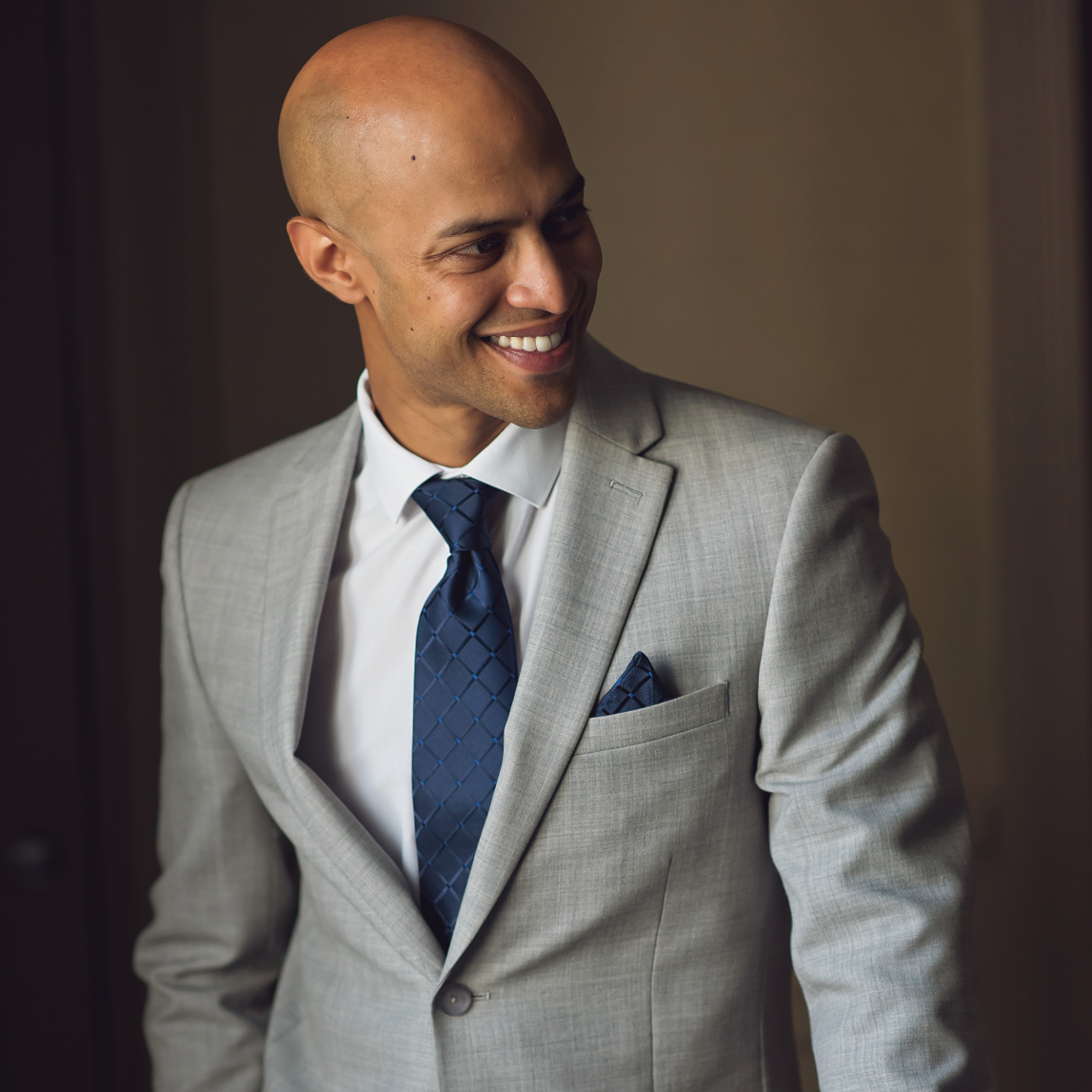 Inevitably, Rishi was back in the world of care, fully immersed not just in terms of compliance, but how to deal with carers, training, and the problems they face.

“I can understand because I’ve been there,” he says. “One of things that frustrated me was seeing carers sitting for at least an hour and a half at the end of the day, writing notes by hand rather than engaging with the residents.”

He noted that lengthy handwritten notes by carers – whose first language may not be English – could pose major challenges. “Carers are fantastic people but their skills do not lie in evidencing and writing of notes. But we are judged by the CQC by the quality of our evidence, and those regulations are the same as a hospital.”

The challenges of recording information triggered Rishi to design a solution. “When I go to bed I want to know all my residents are safe and that the staff are doing a good job. How can we do that when you rely on staff to read bits of paper. This is when the concept of Care Vison came about.”

Coming from the perspective of a care home owner, Rishi’s main objectives were to satisfy the inspectors, and a system that would be easy to use.

Rishi developed an app to simplify and streamline their work and integrate the many types of tasks and departments that share space under one roof—prescriptions, therapies, food prep, housekeeping, health and safety, HR, and family visits. 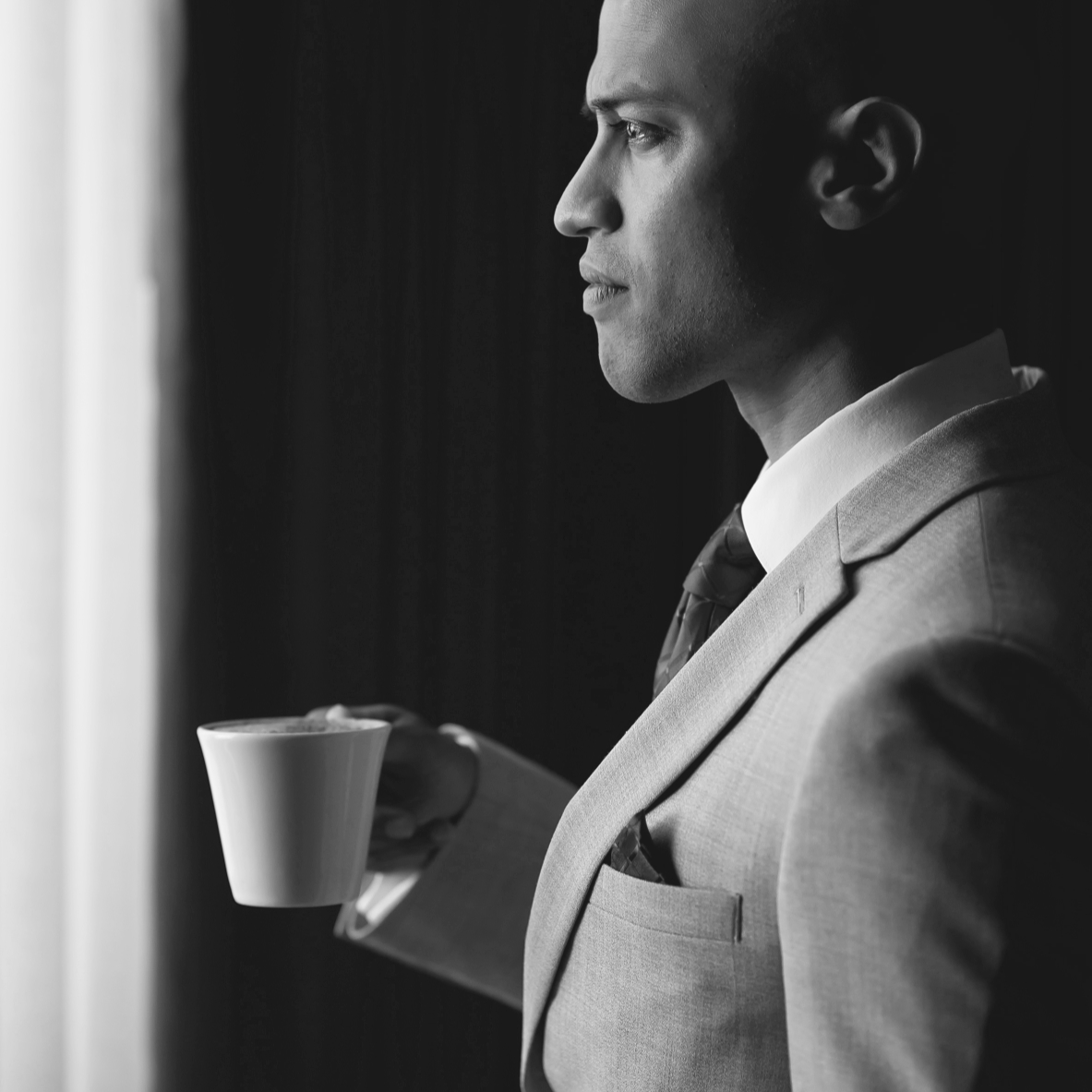 “Each element was carefully planned through the experience of my parents running homes, combining my love of technology and elderly care,” he says.

Available on multiple platforms including desktop tablet and mobile devices, notes can be generated in seconds and carers can even dictate notes in their own language. This prevents errors, ensures completion of each task, and provides a log of every action. Crucially this allows carers to have more time for positive interaction rather than being bogged down with admin.

“Their good care can be evidenced in a really easy way,” says Rishi. “There is more accuracy since notes are added at the point of service. Missed tasks are reduced because it’s an electronic system that can’t let you down.”

“Care never gets talked about, yet we’re doing amazing things,” says Rishi. “Technology has always been part of our generation, but it hadn’t reached the care industry in a big way so that was where I saw the opportunity.”

Care Vision was officially launched at the beginning of 2019 and is already in over 65 care homes in the UK. Trend analysis has found that Care Vison has improved quality of care in all the homes that it works in.

“There are 11,000 care homes in the UK, and I would like them all to use our system.” And Rishi may be on route to do that, and more. As well as trialling the system in homes in the US, Rishi is currently in talks with the Iceland Department of Health to develop Care Vision in Iceland. He is also partnering with a Finnish company to add an Artificial Intelligence element to the app.

“It has been so rewarding to have business success from something that gives so much support and joy to others,” says Rishi. “Supporting the elderly and the most vulnerable is intrinsically part of our genetic make-up as Asians, and just as my parents dedicated their lives to serving others, I gain strength and enthusiasm in this journey.” 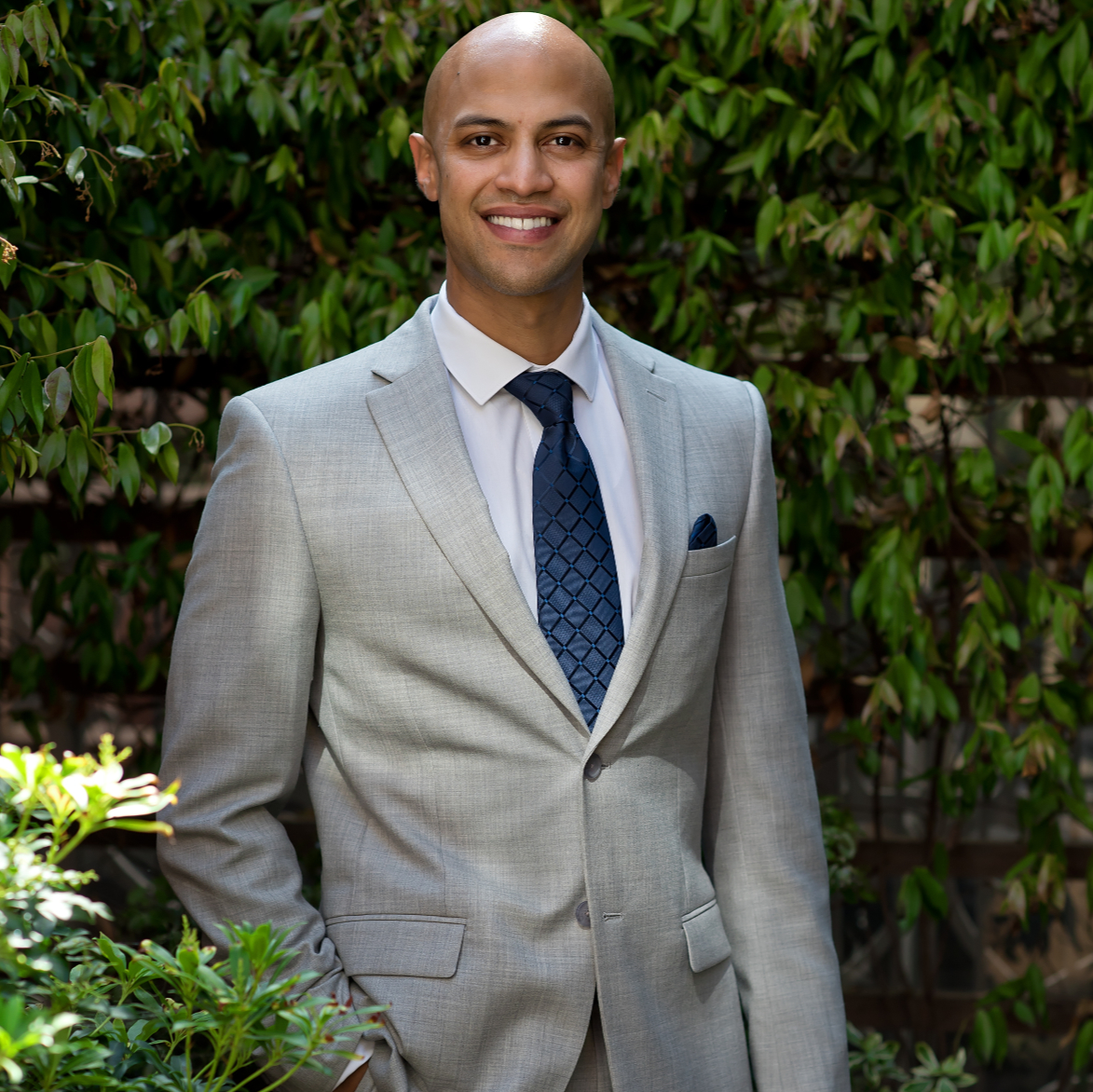 When care comes from the heart

As a young person breathing life into the industry, Rishi is steadily attracting attention to his pioneering work in dementia care. He has been approached by MPs and professors to highlight issues facing the care industry.  Dr Michael Verde, the creator of Memory Bridge invited Rishi to the USA to discuss how people with dementia can be supported through one-to-one communication. “In the USA, I spent seven days at a Buddhist retreat, meditating with monks, and discussing texts related to dementia and community,” he says. “Buddhism’s central principle is related to co-existence…as I breathe out Co2, the trees breathe this in. It is amazing when you apply this to a community, because it leads to respect.”

Rishi is also the director of Namaste Care International, a global initiative to promote meaningful activity to dementia service users and engage with people using the power of touch. “As much as I am an advocate for technology, no software or app can take the place of a human touch,” he says.

“I want to expand my knowledge in all of these areas so that we can help more people. I genuinely want to make homes better, not just using tech, but the whole culture.”