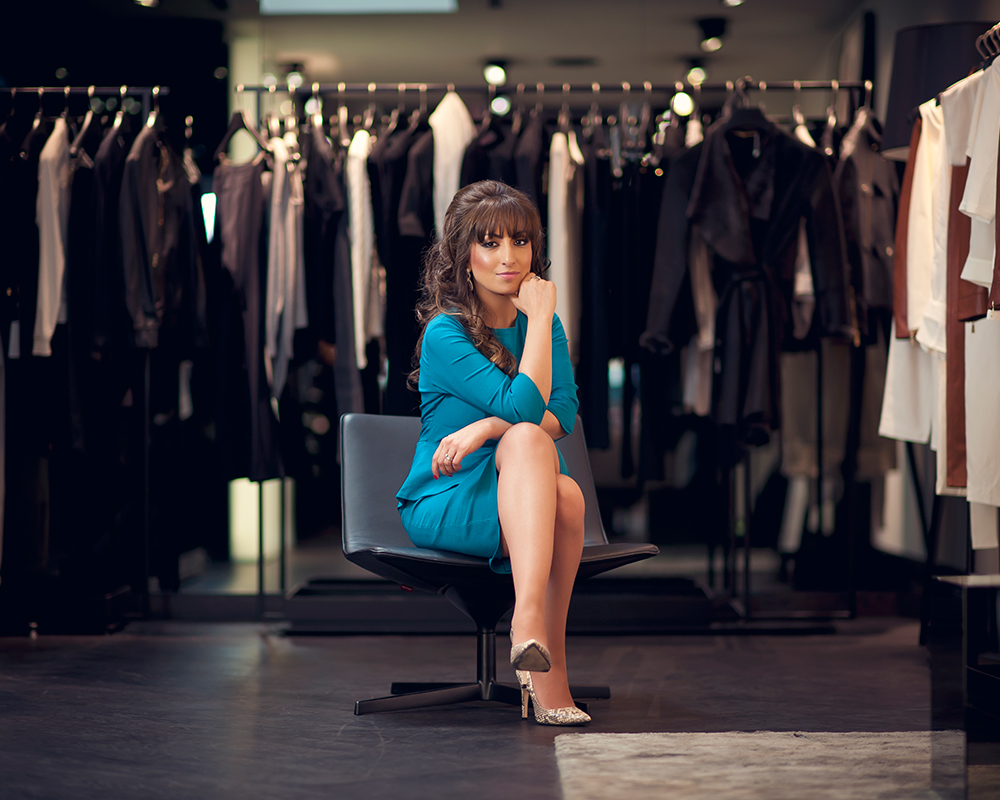 Jeetly is the first clothing for women 5’3 and under, that gives consumers control of what gets made. Nima Suchak caught up with founder Jess Jeetly at Porsche Design (London) to find out more about her brand vision. 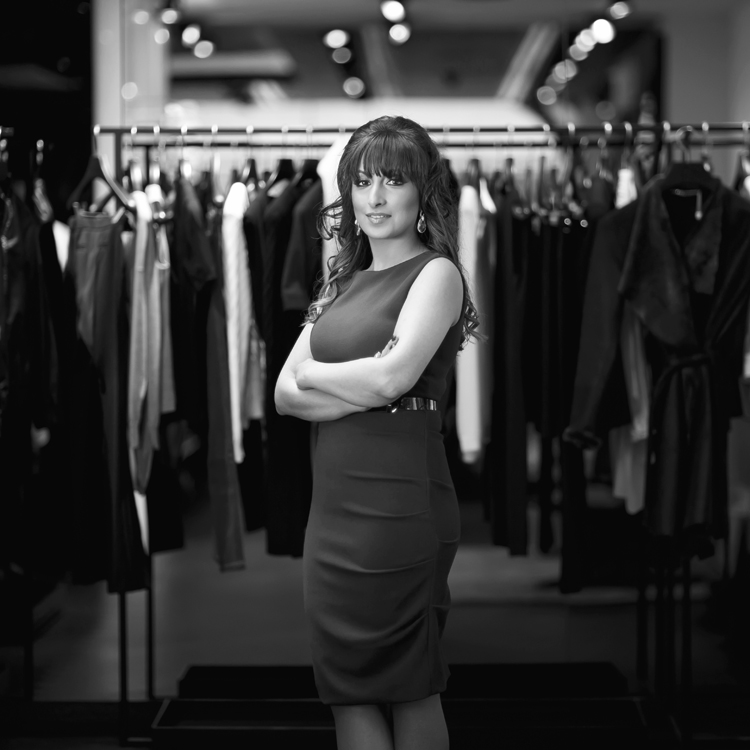 Jeetly is creating a stir in the fashion industry. Having received several industry awards, the pioneering brand for petite women has disrupted traditional retail business models by putting consumers in control of fashion design and production.

Founder, Jess Jeetly is her own customer. She set up the brand when she recognised a gap in the market. Having a petite frame herself, Jess couldn’t find professional, stylish clothes that fit well and was constantly altering her clothes.

Jess decided it was time for a clothing brand to cater to women under 5’3, to fit their proportions without having to spend extra for alterations.

As a locum optometrist in hospital and private practice, Jess wasn’t actively looking to get into retail or fashion.

“It was the case of finding clothes that fit for work. Patients would question if I was old enough to test their eyes and it dawned on me that it must be something to do with my appearance.

I was the consumer myself – the petite woman who was looking for those items.” 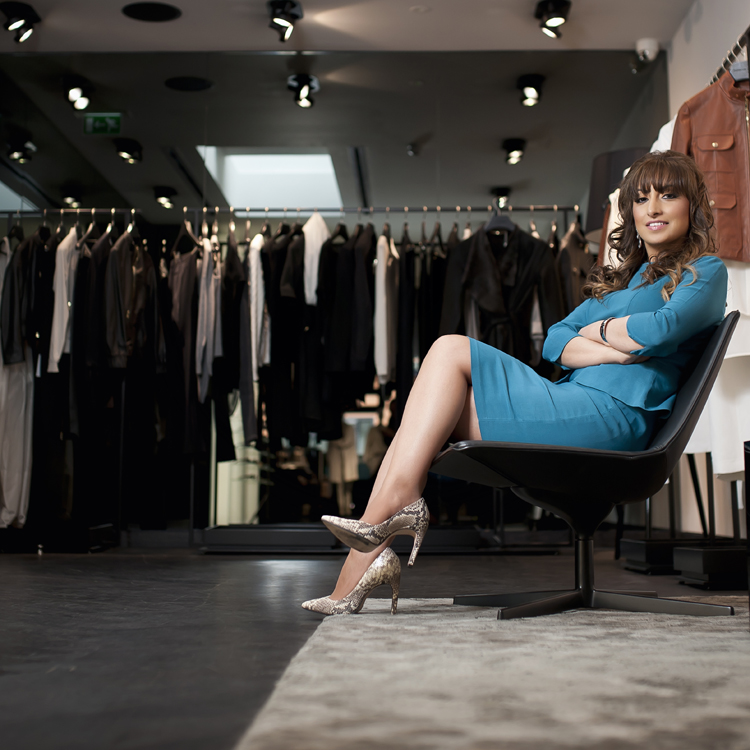 With the support of her family, Jess decided to do something about it.

“My father inspired me to be entrepreneurial and strive for excellence in whatever I do because he wanted his daughters to remember men and women are equally competent.

But it was my husband’s unwavering support and encouragement that gave me the self-belief to pursue my passion and set my plans in motion.

“I was raised in an entrepreneurial household – my father and uncles had businesses which unfortunately the women in the family were not involved in, so my sisters and I always said we’ll have a business someday.

I wanted to be the master of my own destiny and I knew it takes great determination and perseverance to make it work. I was never passionate about optometry. If I was, I would have created a business around it but my passion didn’t lie there” 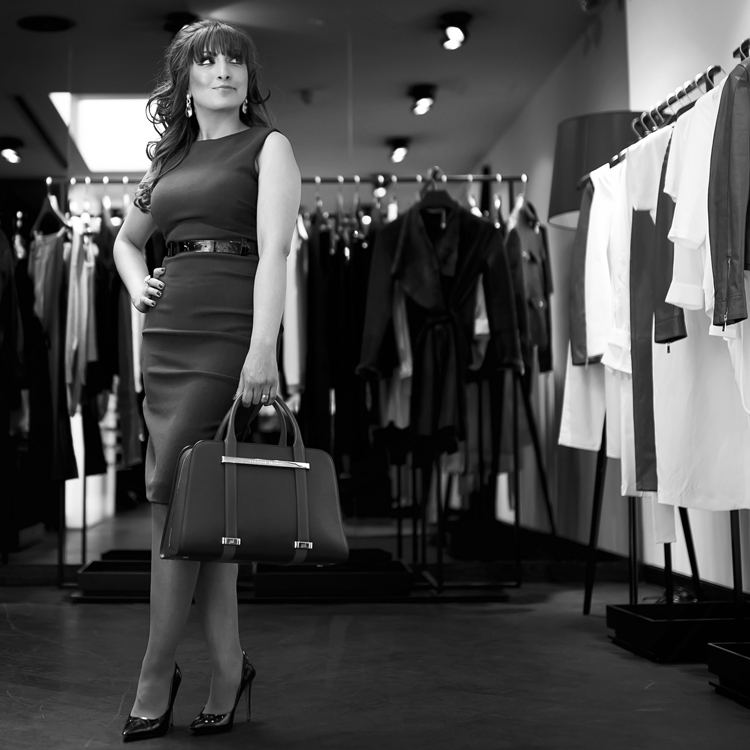 The Jeetly brand was what Jess wanted, and though she had little technical expertise or contacts in the fashion industry, she worked tirelessly, searching for advice on everything about running a fashion business.

After making a business plan, she looked for contacts. She made contact with the Head of Fashion at University of Birmingham and negotiated working with their students and graduates.

Together, they created a programme where Jess worked with interns and they were able to produce a collection for their final year.

“I was in the right place at the right time – I would go to fashion networks, did loads of desk research, used Google for answers, and LinkedIn to reach out to people”

After identifying ten factories in China, Jess found an interpreter, a QC agent, freight forwarders, and went to China to visit them with her two-year-old daughter in tow.

“I was walking through slums in China with my daughter on my hip, but we went out with a positive mind set and knew what we wanted to get out it.

“Before I launched the business my financial advisor suggested I wait another year as it looked like I didn’t have enough money.

But I was eager to get going, and just wanted to get out there. I was very naïve – expenses grew, but I’ve managed not to borrow a penny.” 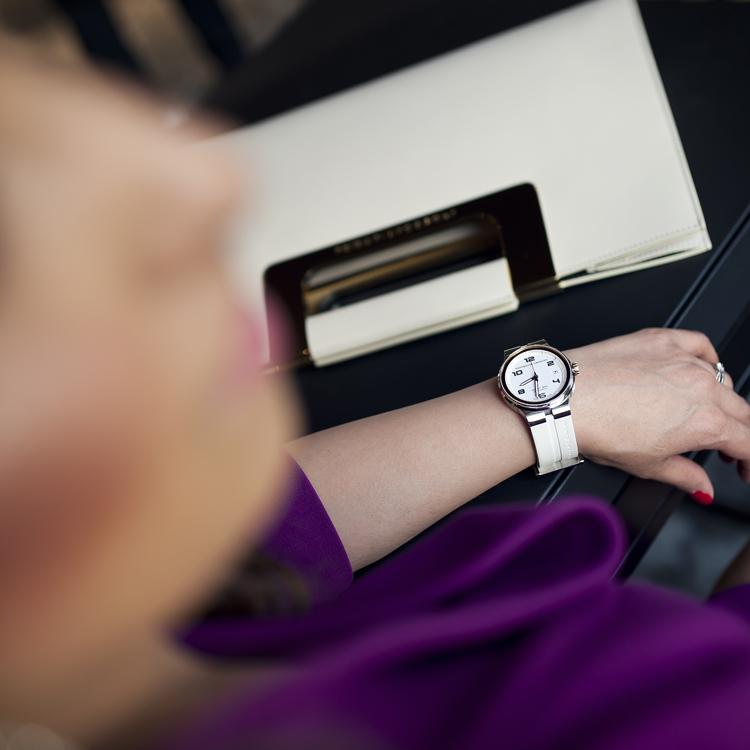 Eventually, the brand Jeetly was born with a capsule collection of work-wear aimed at 27-47-year-old aspirational petite women.

The customer with the best design suggestion gets the garment free and it is named after them.

“Customers have 30 days in which to cast their votes and designs that have been voted in by a majority of 65% or more will be produced.

The lead time is four weeks before they are retailed. We don’t have to deal with dead stock because we know there is an intention to buy before we produce. Social currency incentivises the process so customers get £1 credit per vote, up to £20 credit just for voting in or out.”

The majority of Jeetly UK customers are in London. For the first year, 70% of sales were within the UK, and out of the 16 countries where Jeetly was launched on e-marketplaces, it was the US which was the biggest chunk.

Now 20% of Jeetly’s customers are in the US, and Jess is using the UKTI to launch Jeetly with a retail partner in the US. Jeetly secured retailers in Russia as well as China, which was a natural choice because that’s where clothes are being produced.

As well as online, there is demand for touch and feel’. There have been two Jeetly pop-up shops – on King’s Road, London, and Birmingham’s Bullring.

Jeetly has just signed with one of the UK’s largest department stores to launch a brand concession online then in-store. 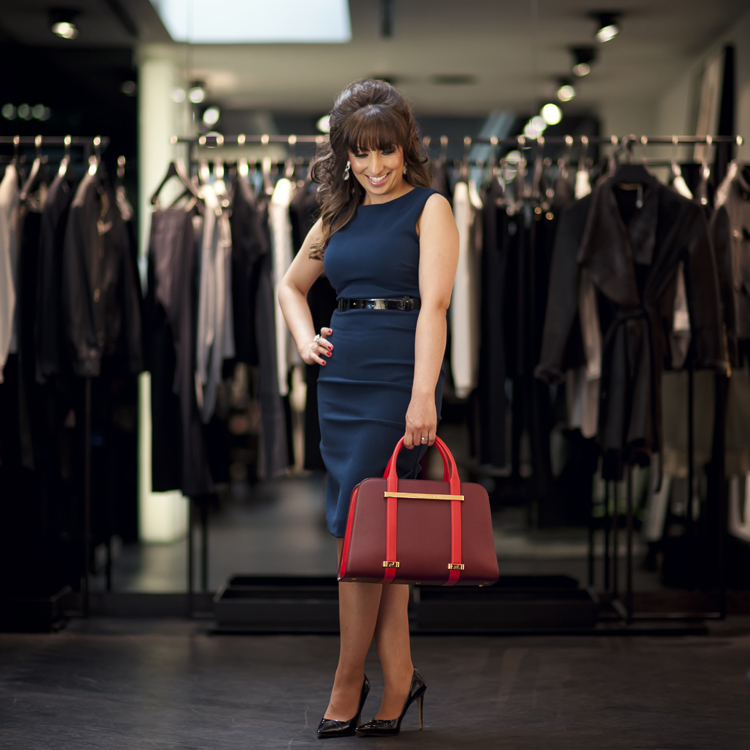 Jess has been listed in Management Today’s ‘35 under 35’, been a finalist in the prestigious RetailWeek/Drapers Awards 2014 as the only start up in the category, alongside TopShop, and was Winner of London’s Best Fash-Tech Startup on TechCityNews.

In January 2015 she won the national Natwest Venus Award for Business Mother 2015.

Chosen from 13,225 nominations, Jess showed that it’s possible to raise a four-year-old and run an award winning business without previous business experience.

“I see not having preconceptions of retail as an advantage – I just knew this is how I would like it to be done. I used a model that other retailers wouldn’t have thought of because they are used to the way things have been done for decades.”

Jess is also committed to helping others achieve their business potential, as committee chair of the International Women in Business Organisation.  She says: “I am now mentoring women looking to start a business. It’s about getting Asian women to think business is an option.”