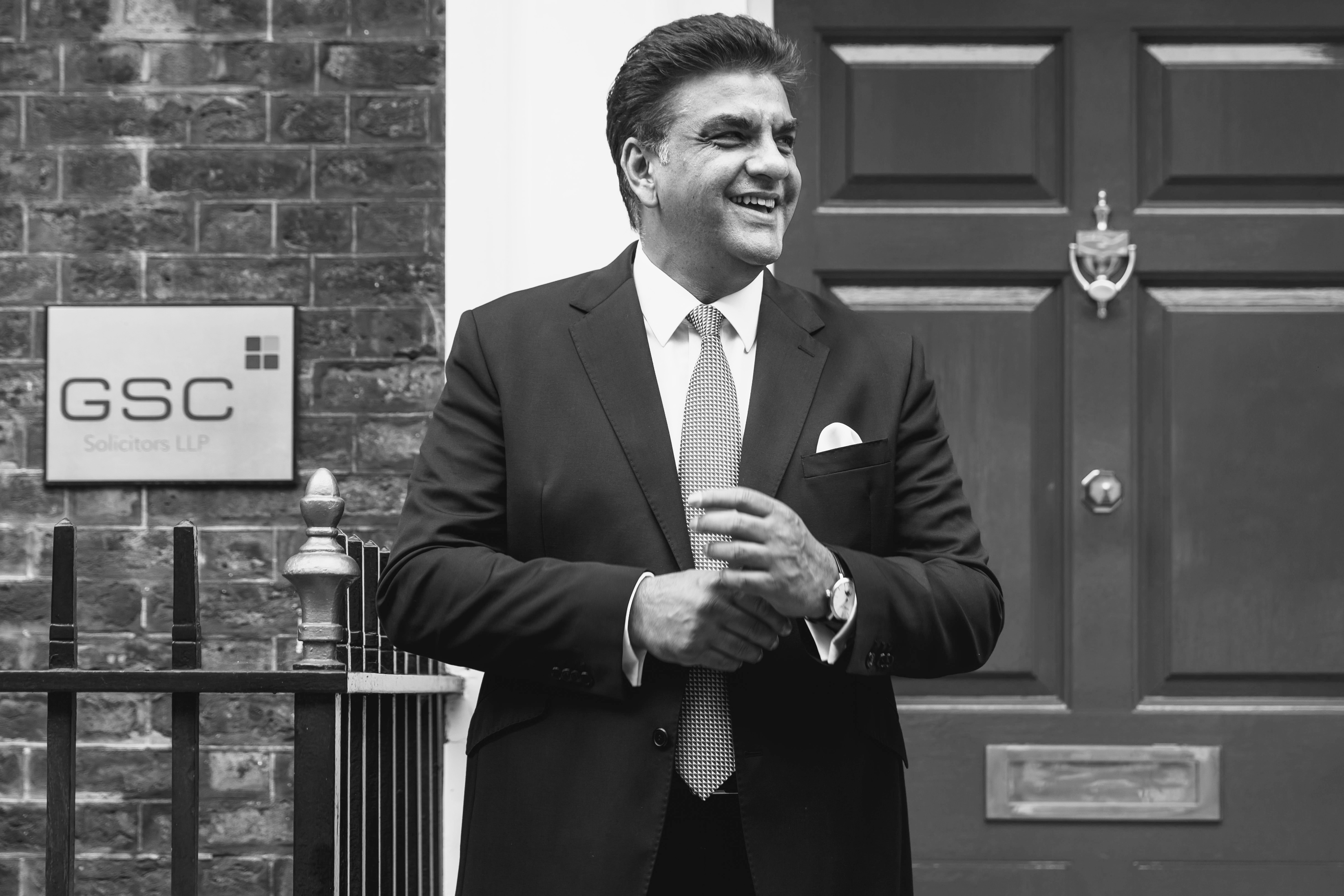 There’s no manual for being a parent, and negotiating a balance between family life and achieving your dreams can be a challenge. We asked Saleem Sheikh, Senior Partner of GSC Solicitors LLP, and father of three, his advice on raising a family while intensely managing a successful City-based law firm. 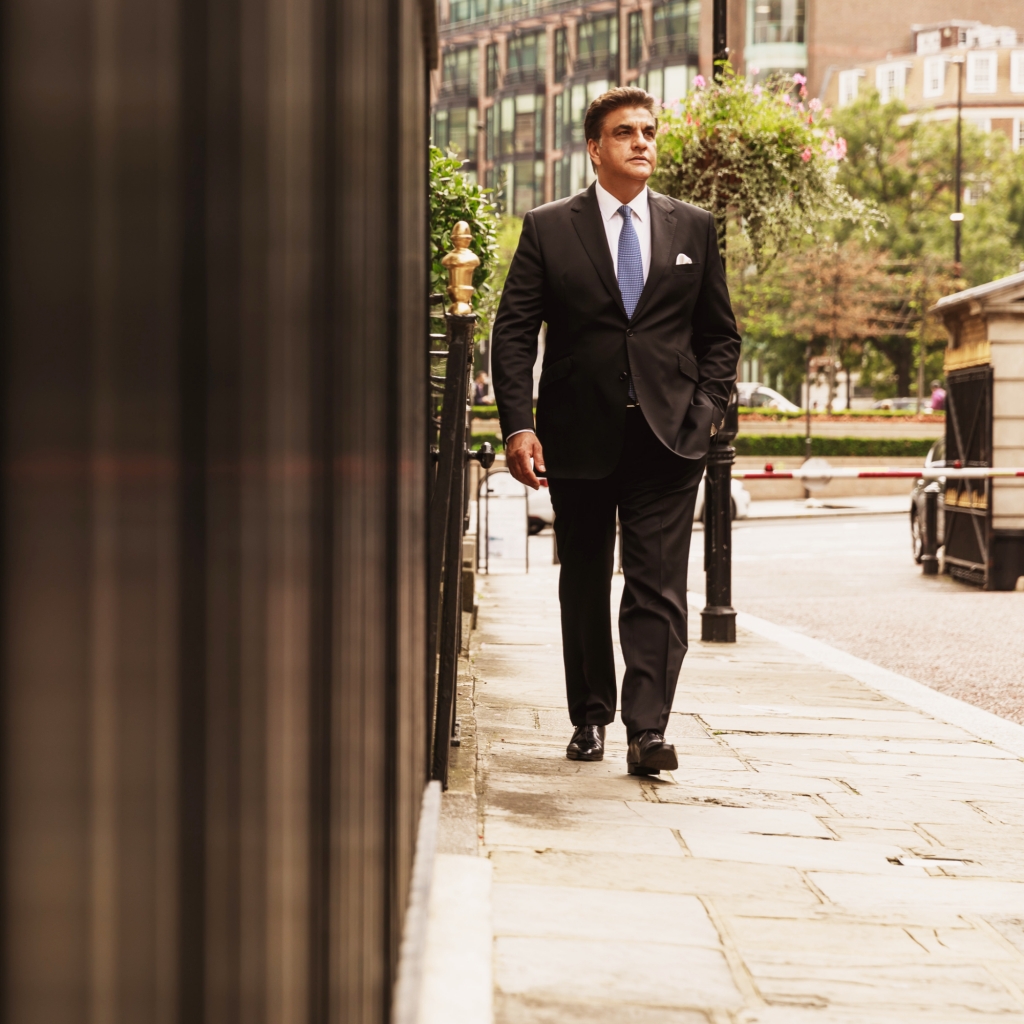 “A strong father not only provides for and protects the family, but also guides them,” says Saleem, as we settle down in the boardroom. “You must prepare your children for the real world. Give them freedom to explore, but at the same time give them strong guidance. And if you think they might be lacking in some direction, then you’ve got to advise them.”

As well as being a top legal brain, Saleem Sheikh is a doting father to three illustrious children. His son Saqib runs his own businesses, his youngest daughter Alia is a management consultant at Ernst and Young, while Sana, an associate solicitor, followed in her father’s footsteps aptly looking after firm’s private client base as well as leading on one of the most important projects, GSC’s Next Generation programme. 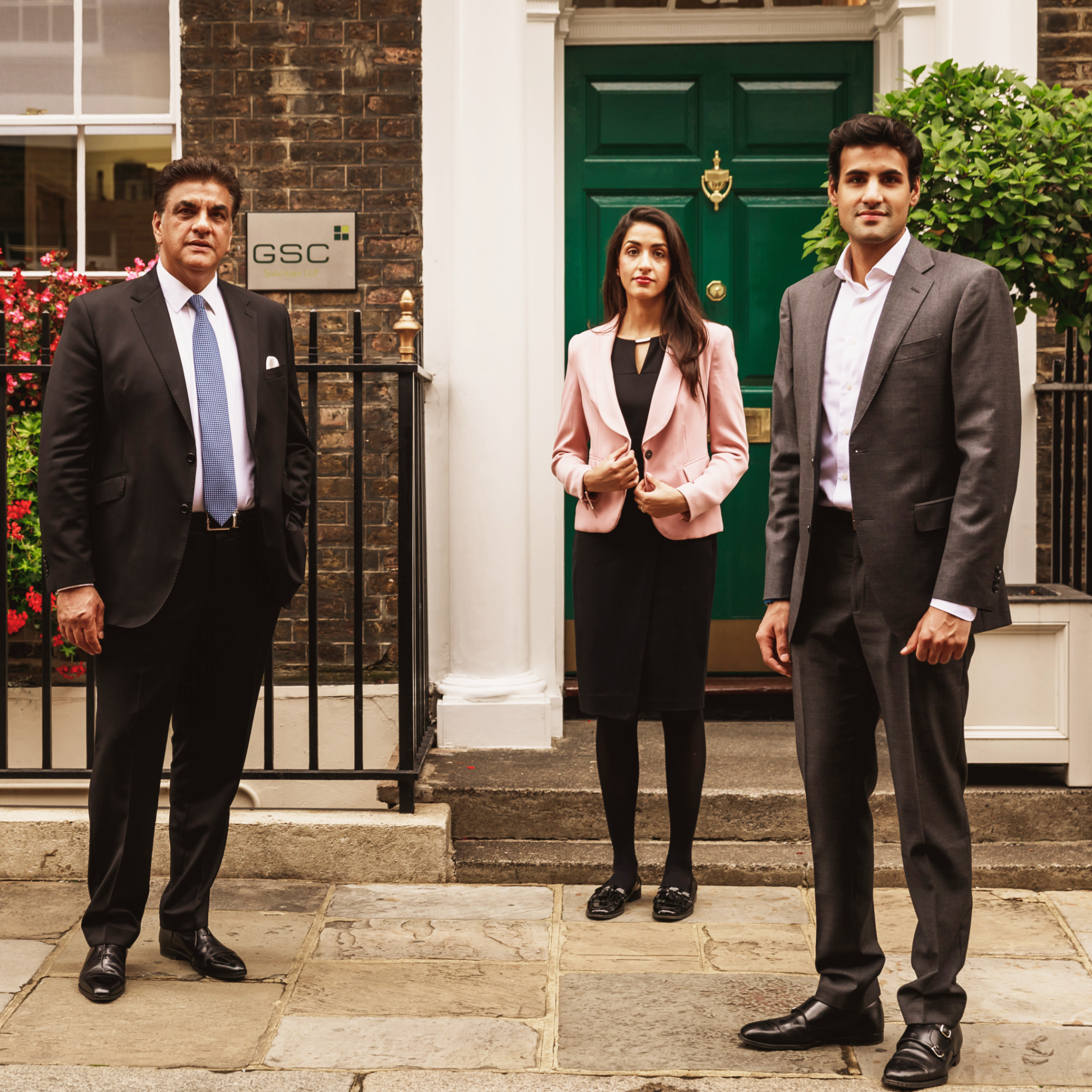 “They know the business,” he says of including his children in his professional life. “As children, they’ve come to the office, helped with photocopying, met the staff, coloured pictures in this very room. If you have a shutter between business and home life, it creates a disconnect.”

Saleem, who spent his early years in Kenya, reveals how his relationship with his own father – a senior civil servant – has been massively influential on his own style of parenting. “We were very close. He was a very fair man, with strong principles, morals and ethics. He was well-read, well spoken, wrote very well…the sort of man who would read two newspapers every day.

“He really believed in education. When my elder brother’s and sister’s reports would come, my dad would meet them individually, go through their reports and discuss them in minute detail.” 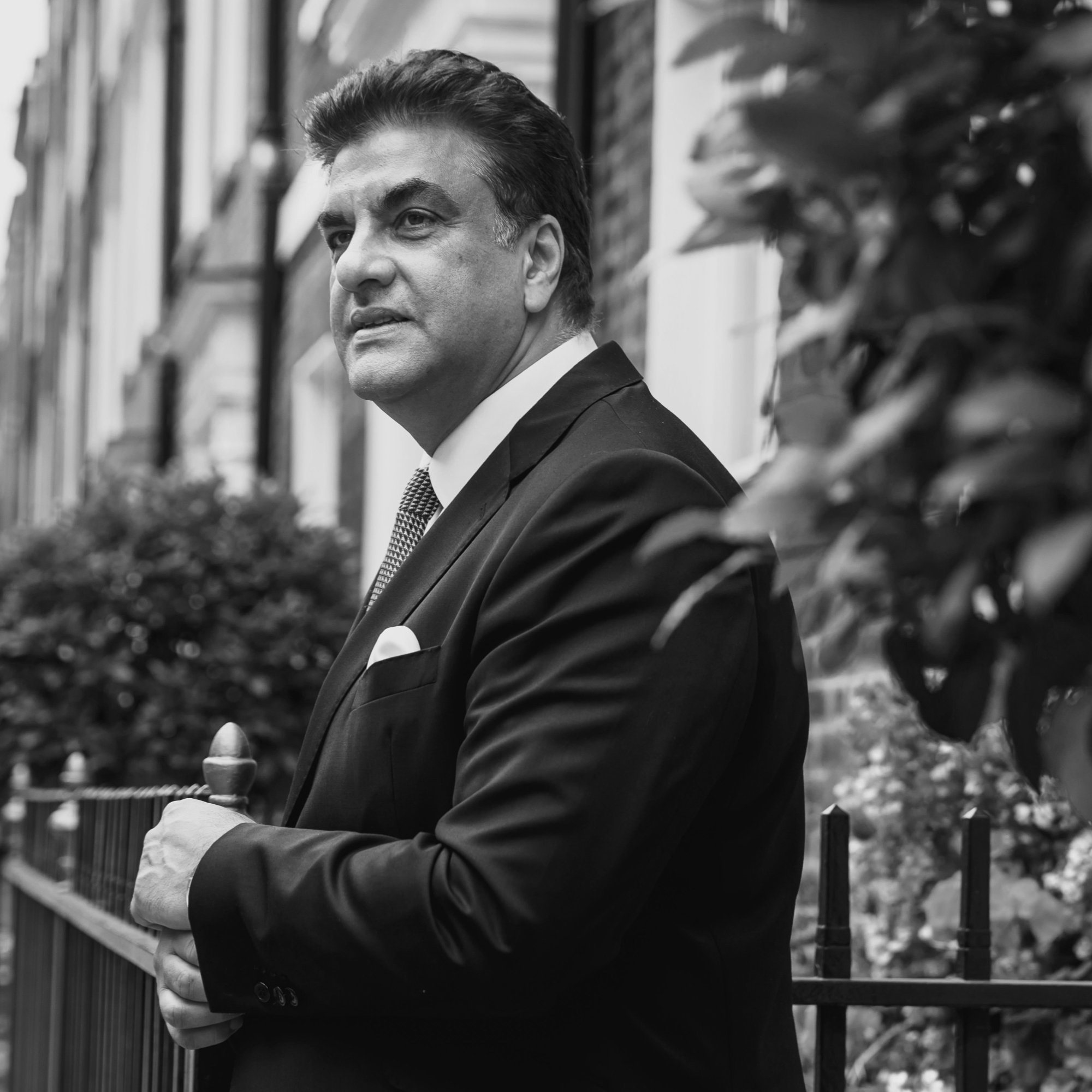 Due to concerns about the family’s long-term future in Kenya, they moved to England in 1967 when Saleem was just eight years old. His father arrived first to prepare for their arrival. “He gave us the right way of approaching the host community,” says Saleem. “The first thing he said when he collected us from the airport was ‘Now you’re in England. This is a Christian country. The Queen is the monarch and you must adapt and assimilate because that’s the way to be successful. There are laws and rules of this country and you must follow them. You’re a visitor, and it’s a privilege to be here so don’t abuse it.”

Though Saleem initially had romantic ideas of life in England, it was a tough few years for them. Compared to life in Kenya, they had very little, and racism and prejudice was rife. Nevertheless, their father persevered, meticulously arranged everything, from their first homes, to their schooling.

Saleem was very studious, and as a teenager he wanted to be a commercial pilot but his father gently dissuaded him. “My father suggested law as a good career. He said families always need a good banker, a good lawyer, an accountant and a doctor, so he set me on that trend.” Saleem studied law at London School of Economics (LSE), followed by law school before he got his first job at Green David Conway & Co, which later became GSC Solicitors LLP. 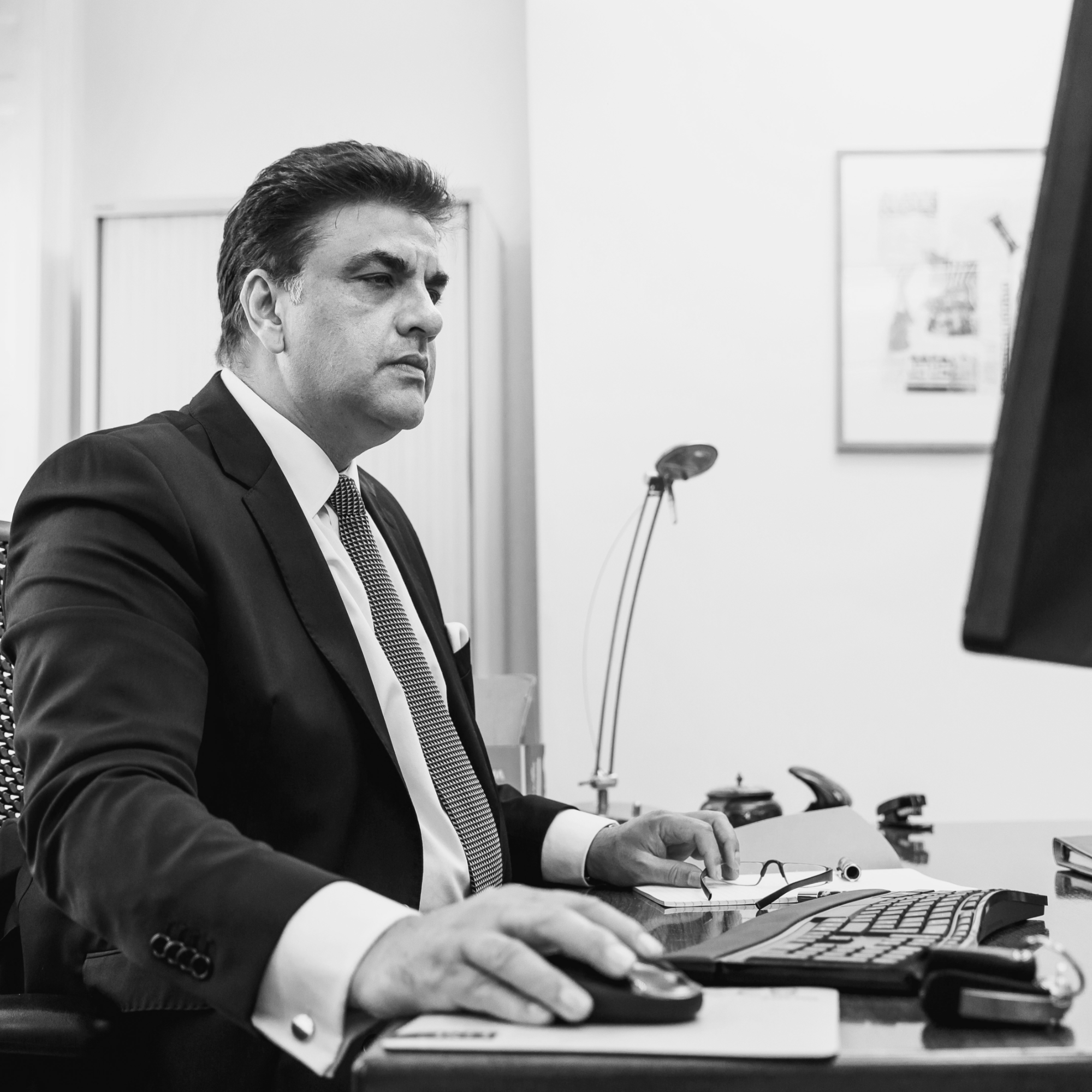 Saleem later married his wife, Ferial and their first child, Saqib was born in 1989, followed by Sana in 1991, and Alia in 1992. Ferial gave up her job in banking to stay at home to look after the children while Saleem threw himself into pushing the firm. GSC had opened an office in South Africa of which Saleem was Managing Partner. These formative years came with long hours, late nights and lots of travel.

Despite the pace of his working life, Saleem made conscious efforts to be ‘present’ for his family. “I involved myself in the kids’ lives and their activities and interests. I made sure I was there for the parent’s evenings and sports days. Weekends were designated for the family, and holidays were considered ‘golden’ time.

Like his own father, Saleem strived to give his children the value of education, imbibing the motto that learning is important and fun. “The key to guiding children even as they got older was adapting and changing to the particular child and the needs of that child,” he says. “Remain fun and do things that they enjoy even if you may not find it particularly interesting. And through those activities, try and deliver the guidance and mentoring in a slightly clever and oblique way.”

“My son Saqib is very sporty and I would shuttle him to training and matches. But it was an opportunity to teach him about endurance and team work…that losing is okay, and it’s more important to do your best as a team than winning. And also accepting that you need to train hard to become good. Just because you’ve got the best kit and you look the part doesn’t mean you’re going to be the best.” 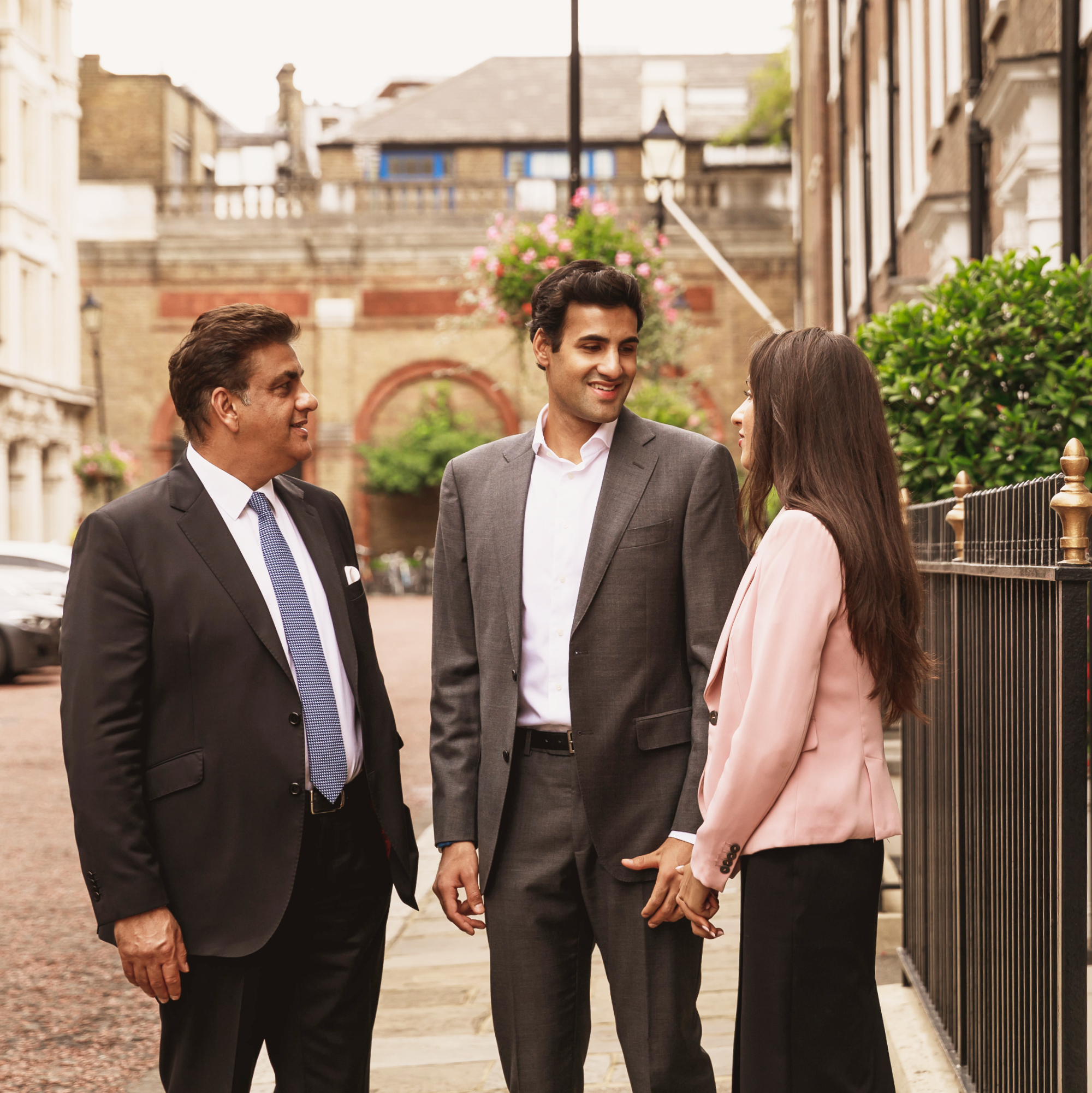 “Music also teaches the art of perseverance and not giving up. It’s easy to buy a brand-new guitar or flute, but you have to do the lessons, the practice, the exams. Interests can wane, but you have to teach them that if you’ve made a commitment to something then you have to give it a crack.”

Saleem admits that his generation might be guilty of giving too much to their children. “One of the things we all did is when you couldn’t give time, you threw money. I find that balance hard. You want the kids to have the best – what you may not have had, but at the same time you want them to appreciate what they have. My dad got it absolutely right. He didn’t give too much, he gave us enough, and lots of love and support; he also taught us to be strong and confident – that’s what a strong father figure he always was to us, and this is crucial.”

His adult children have all developed a close, friendly relationship with their father. “I’ve watched them go from school, to university, to work and business life, and now marriage. I’m still quite hands on, very present, without being intrusive. It is very rewarding to see three rounded, decent human beings with strong values. They are all conscious of those less fortunate and get involved in charity work and that exposure has kept their feet on the ground.”

He maintains that entrepreneurial parents can cleverly achieve a balance between growing a business and fatherhood.

“At all times recognise the importance of family and you being part of that family,” he says.  “If you’ve chosen to bring children into this world, you have a duty to give them the best of you. There is enough time in the day to do both if you plan well. But it’s important to know when’s enough. You can always do more, have a new watch or new car, but ultimately you can only eat three meals a day and drive one car. So there’s no need to amass more and more.” 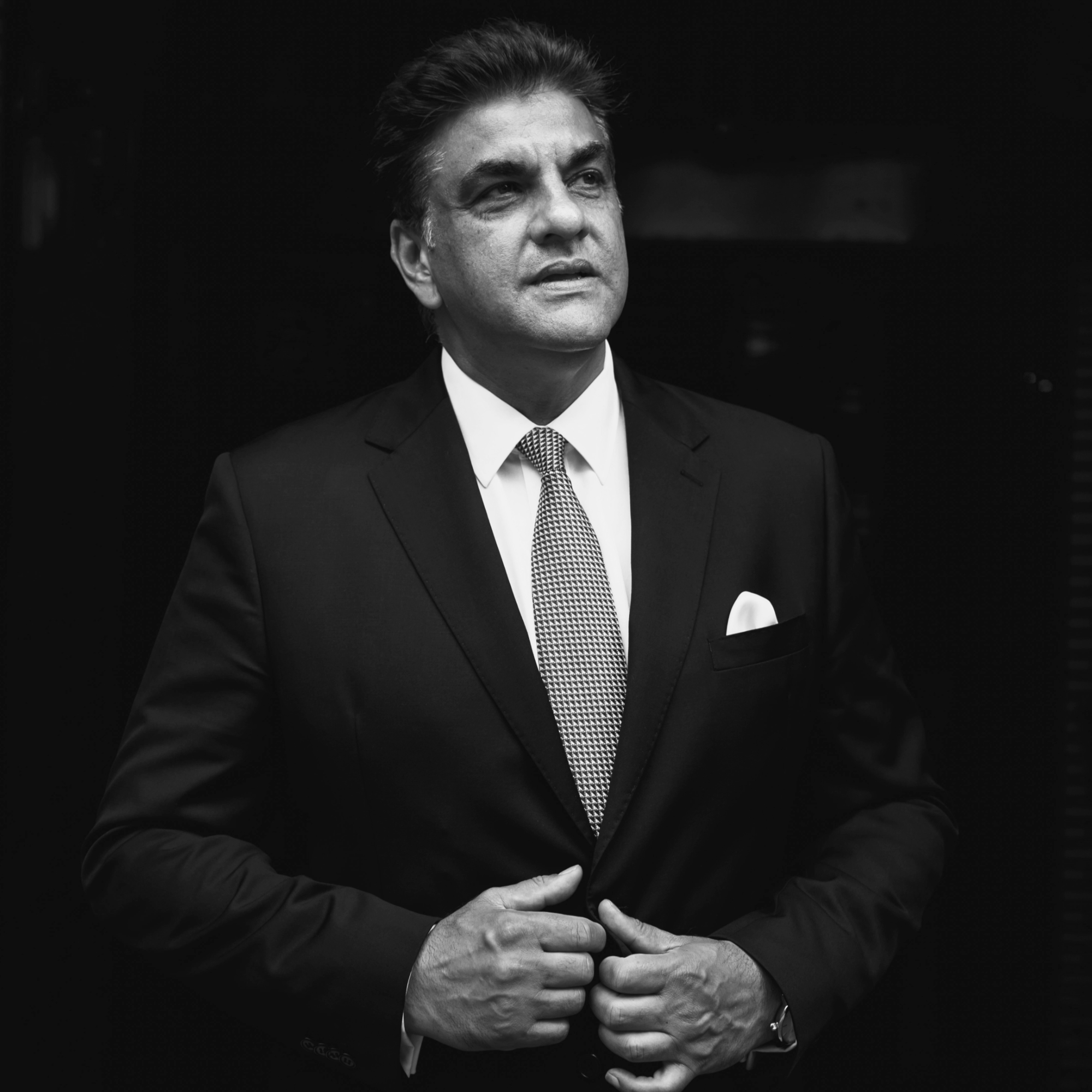 As a lawyer and a father, Saleem strongly advises that having your estate and business in order is of paramount importance. “We’re all protective of our kids but what happens when you go? Too many people don’t have a will and have informal arrangements with others and very often the kids inherit a mess. Losing a parent is already hard enough to go through, so take time out and ask yourself what would happen if I’m not around anymore?”

Recognising the importance of a father’s guidance, Saleem says it is important for children to have other father figures in their lives. “Someone else they look up to and perhaps may take advice from more easily. I’ve always tried to have other close friends or family members who have naturally acted like father figures to the kids, as I have done myself. Being a father figure to others as well as my own is an important part of my being able to support people I care for. Successful career, prestigious awards, recognition and the privileged lifestyle aside, my real wealth is my family and children.”