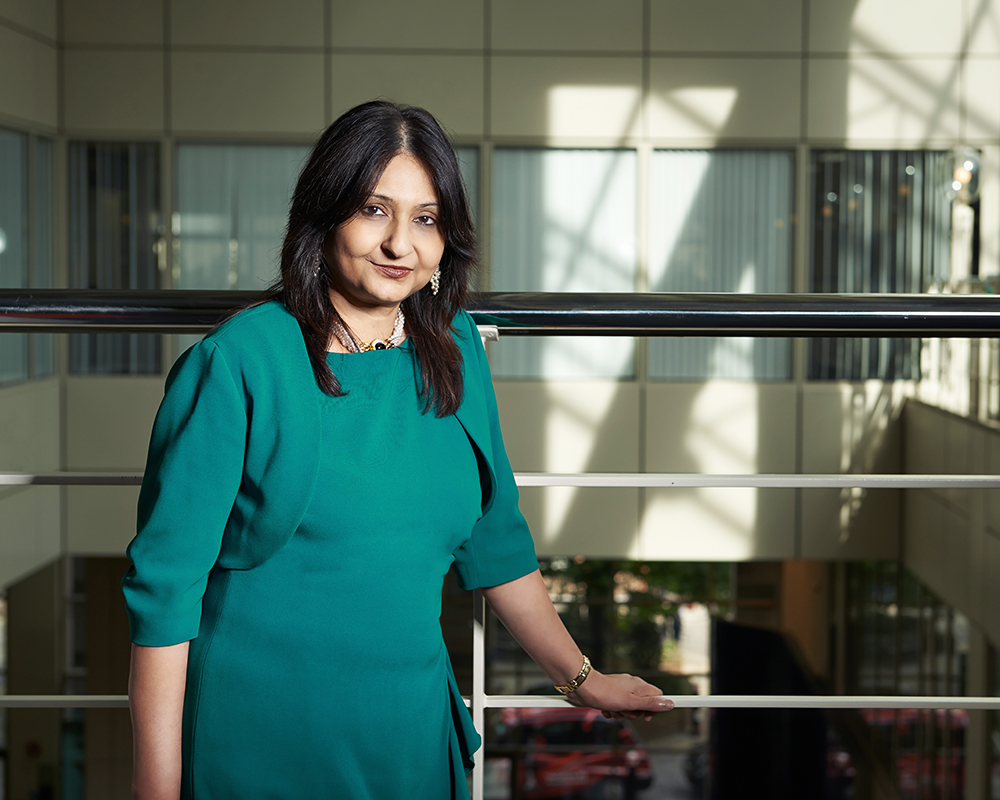 Nina Amin, Chair of the investment committee launched the Unicorn Ascension EIS Fund on 12 June at the IOD during London Tech Week. She tells us that the collaboration between Unicorn India Ventures (UIV) and Ascension Ventures (AV) is the perfect partnership between a UK based VC fund and an India focused technology investor.

Nina: UAF is being launched at a time when UK-India collaboration is high on the political and economic agenda for both countries. For example, in February 2018, UK Export Finance doubled its support to £4.5bn, for UK companies looking to trade with India. Also, in April 2018, during the Indian Prime Minister’s visit to the UK, both the countries announced a UK-India Tech Partnership which will identify and pair businesses, venture capital and universities etc. to enable collaboration between British and Indian entrepreneurs. UAF is the first EIS approved UK fund that will leverage the growing economic relationship between the UK and India and aims to become synonymous with the UK-India technology corridor.

AWM: How would UK companies benefit from accessing the Indian market

Answer: Technology collaborations between the UK and India can unlock multiple opportunities for businesses operating in either country. India is the world’s fastest growing ‘large economy’ and is undergoing a significant digital transformation. From the public sector to private enterprise to improving the lives of citizens, technology is heralding transformative changes in the country. The Digital India initiative, launched by the Indian Government with the vision to transform India into a “digital empowered society and knowledge economy”, focuses on improving the technology infrastructure in the country and the delivery of public services, as well as increasing the digital empowerment of Indian citizens. Additionally, various other initiatives launched and implemented in the last few years are setting the stage for the exponential growth of one of the largest digital economies in the world. For example, the roll out of the “Aadhaar” identity card has led to the emergence of the world’s largest biometric identification scheme – providing digital identity to 1.2 billion Indian people. On the back of these initiatives and a growing economy, encouraging indicators are beginning to show. For e.g. in 2017, India overtook the United States to become the second largest smartphone market in the world.

Thus, India is an economy where innovative businesses from the UK can scale easily. The products and services emerging from the UK’s technology ecosystem can support critical pillars of India’s digital growth.

AWM: Given the digital revolution, there is a lot of global attention on the Indian digital economy. Furthermore, India’s own start-up ecosystem is growing as well. How will UK companies fare against all this competition?

Nina: The United Kingdom is home to some of the most cutting-edge technological products and services in the world. London is constantly featured among the top three start-up ecosystems globally. In 2016 alone, around 658,000 new tech businesses were established in the UK, according to the start-up Britain website. UK boasts of a conducive environment for technology entrepreneurs with its strong education system, supportive government policies and a robust financial services industry, amongst others. This makes the United Kingdom an ideal country for entrepreneurs to design, innovate and scale. While the UK’s expertise in the financial technology domain is well known, it also leads in other areas including health technology, education technology, digital media, etc.

AWM: After working for over three decades in the accountancy profession, what made you join an upcoming technology venture fund?

Nina: Technology will form the basis of the new industrial revolution and is increasingly gaining significance in our personal lives as well. I personally believe that businesses, however small or large, that fail to keep up with the technological changes happening now, will cease to exist in the coming decade. Technologies that people expected to become significant only in the next decade are beginning to impact our lives already. For e.g. our smartphones, home appliances are now loaded with artificially intelligent software (e.g. Google Assistant, Siri, Alexa). Blockchain-based technologies are disrupting the financial services industry significantly. Businesses which are centred around technology or embrace it will be multinationals of the future. We have already seen that with the likes of Facebook, Google, Apple and Amazon. I want to see the next tech giant emerge out of the UK. Until now, I have supported the next generation of UK based tech entrepreneurs through my association with TiE UK. Through this venture, I will use my experience and knowledge to ensure that the most innovative technology companies from the UK get a chance to grow and scale internationally. Furthermore, I have been working on cross border transactions for large corporates for decades now. So UAF is a natural extension for me to leverage my cross-border experience and my passion for promoting UK’s tech businesses.

AWM: How many start-ups does UAF intend to invest into? What is the status for UAF?

Nina: UAF is an evergreen fund that intends to raise up to £5 million every year. The Fund will aim to invest between £500,000 – £750,000 in UK based businesses raising between £1 million – £3 million (subscribing approximately 1/3 of the financing round). All these companies will be EIS eligible. UAF will invest into 6-8 innovative technology start-ups in the UK over a 12-month period and will primarily follow a co-investment philosophy in financing rounds led by marquee VCs.

The Fund will be open for subscription in July 2018 with several investors already lined up. It is expected that UAF will start deploying investments by September 2018.