The Porsche you’ve always dreamed of. Introducing the new 911 Speedster 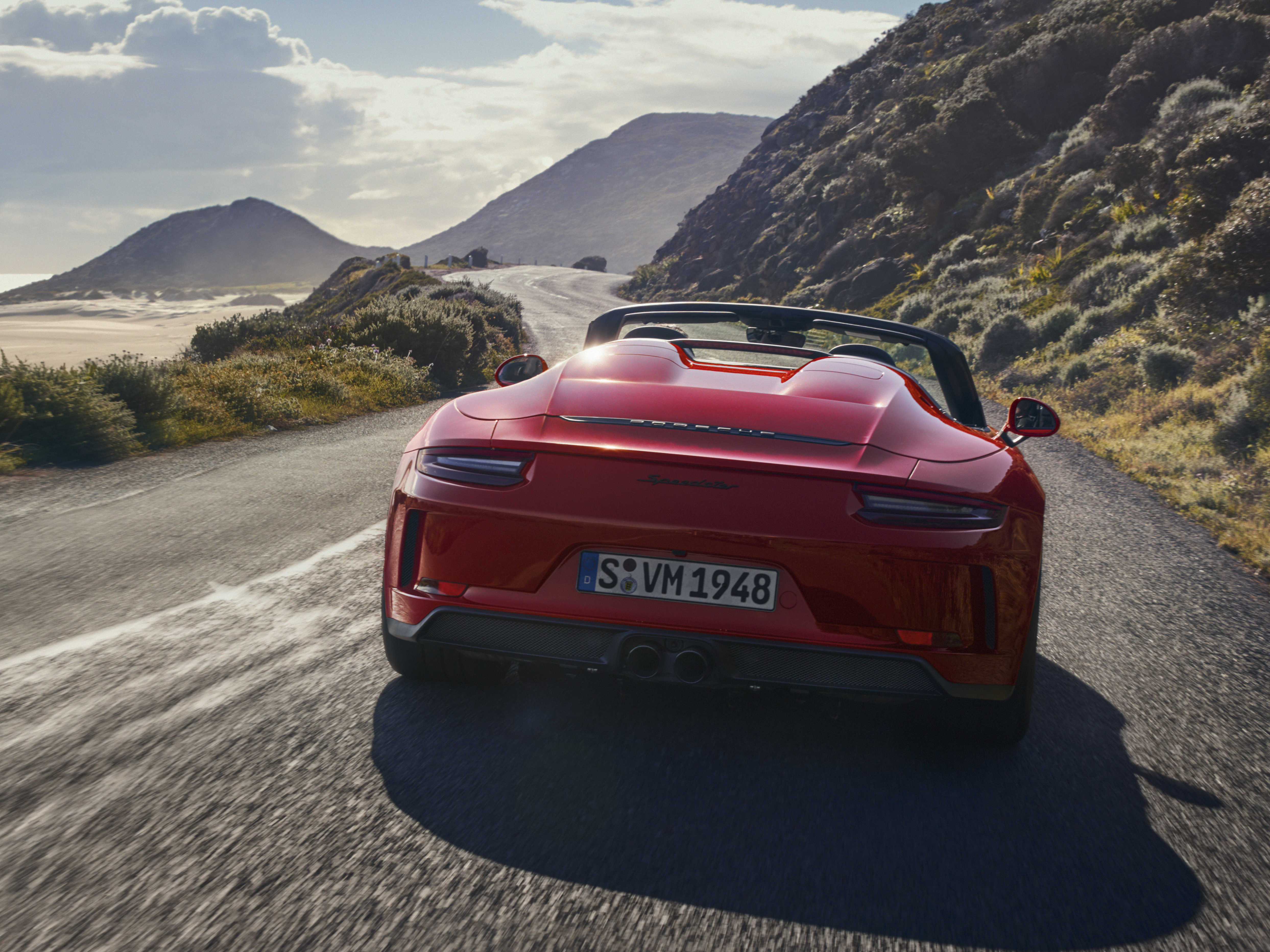 The new limited edition Porsche 911 Speedster delivers a reminiscent, unfiltered driving experience. The open-roof, two-seater 911 Speedster pays homage to the forebear of all Porsche sports cars, the No.1 Roadster built in 1948 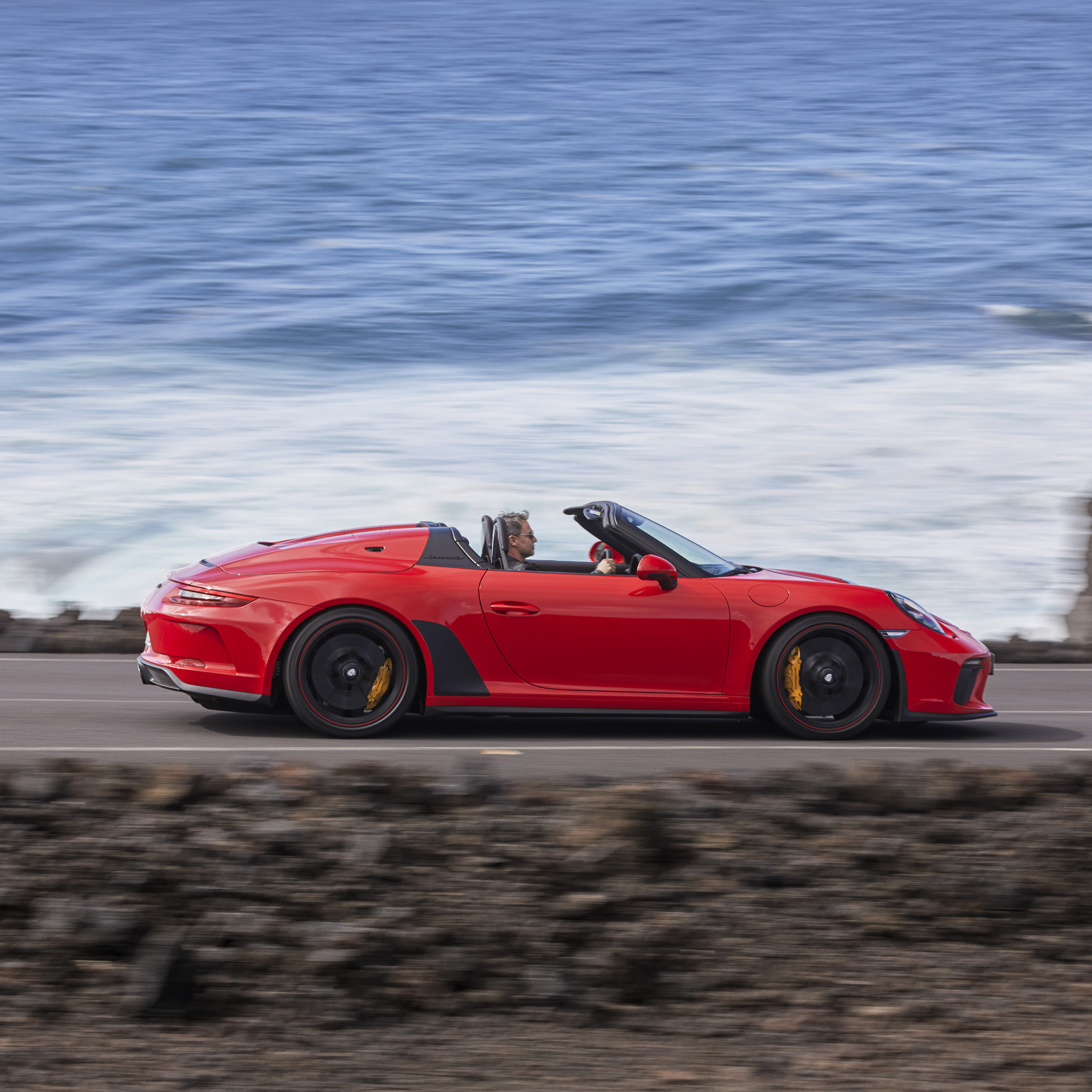 There was much excitement when the 911 Speedster was presented as a concept last year at the ceremony for the “70 Years of Porsche Sports Cars” anniversary in Zuffenhausen. And fittingly, only 1,948 units will be built for true Porsche enthusiasts keen to own a brand new piece of Porsche’s heritage.

Beyond its iconic, classic visuals, the 911 Speedster is powered by a naturally-aspirated flat-six engine developing more than 500hp and capable of engine speeds up to 9,000rpm. Taking centre stage is the distinctively-shaped convertible top compartment lid with its double-bubble streamlined headrest cowls – a quintessential feature of The Speedster since 1988. 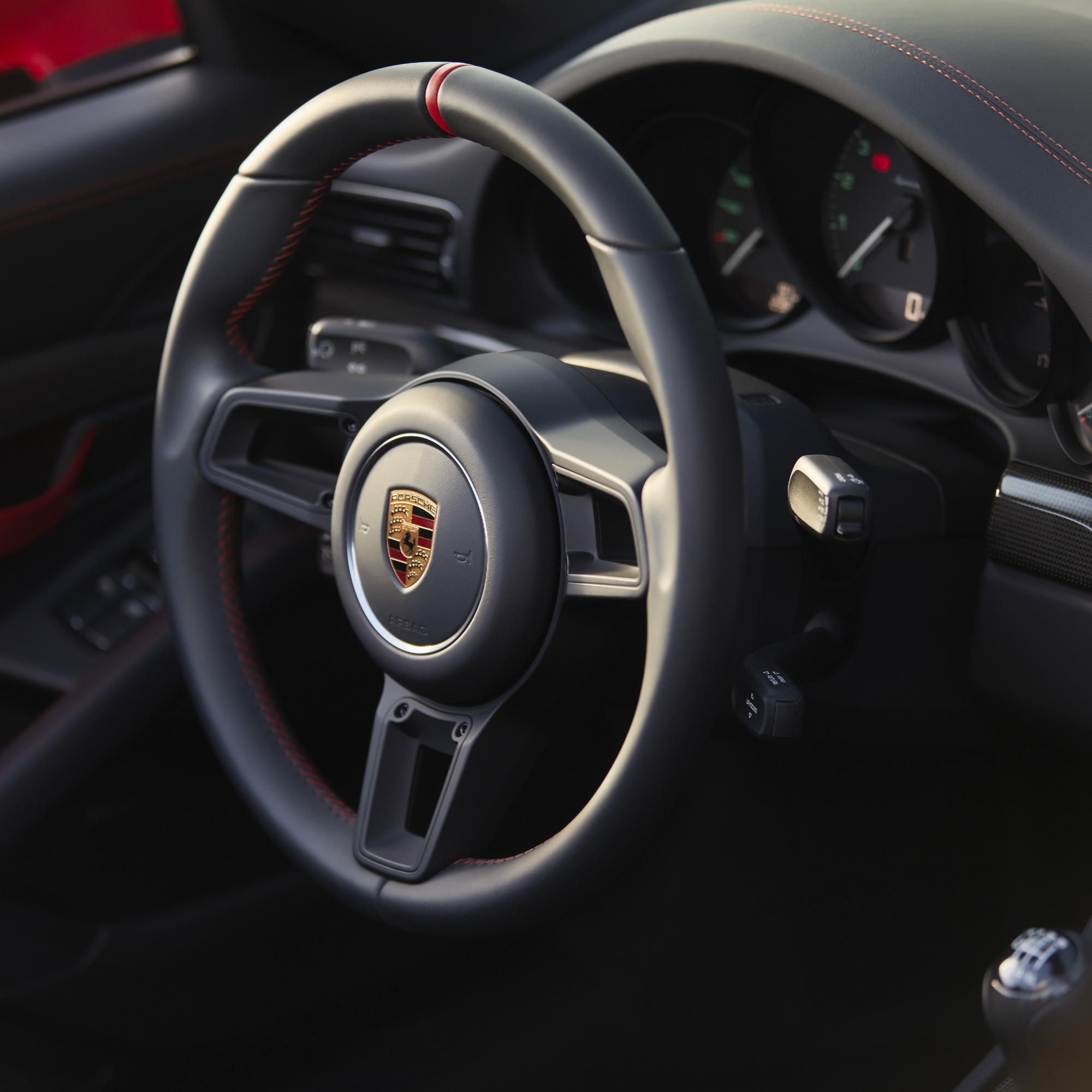 In contrast to its pure design appearance, the fabric convertible top is suitable for everyday use. The shortened window frames with their lowered cowl top panels and smaller side windows as well as the carbon-fibre rear bonnet with the double-bubble cover behind the seats give the 911 Speedster an athletic profile.

The convertible top takes little effort to operate: just the push of a button releases the central locking hook at the windscreen frame and both the side fins of the fabric roof. The lightweight carbon fibre rear lid is electrically unlocked and slides back a short distance, positioned by hand making room for the fabric roof which folds into a Z-shape behind the front seats. 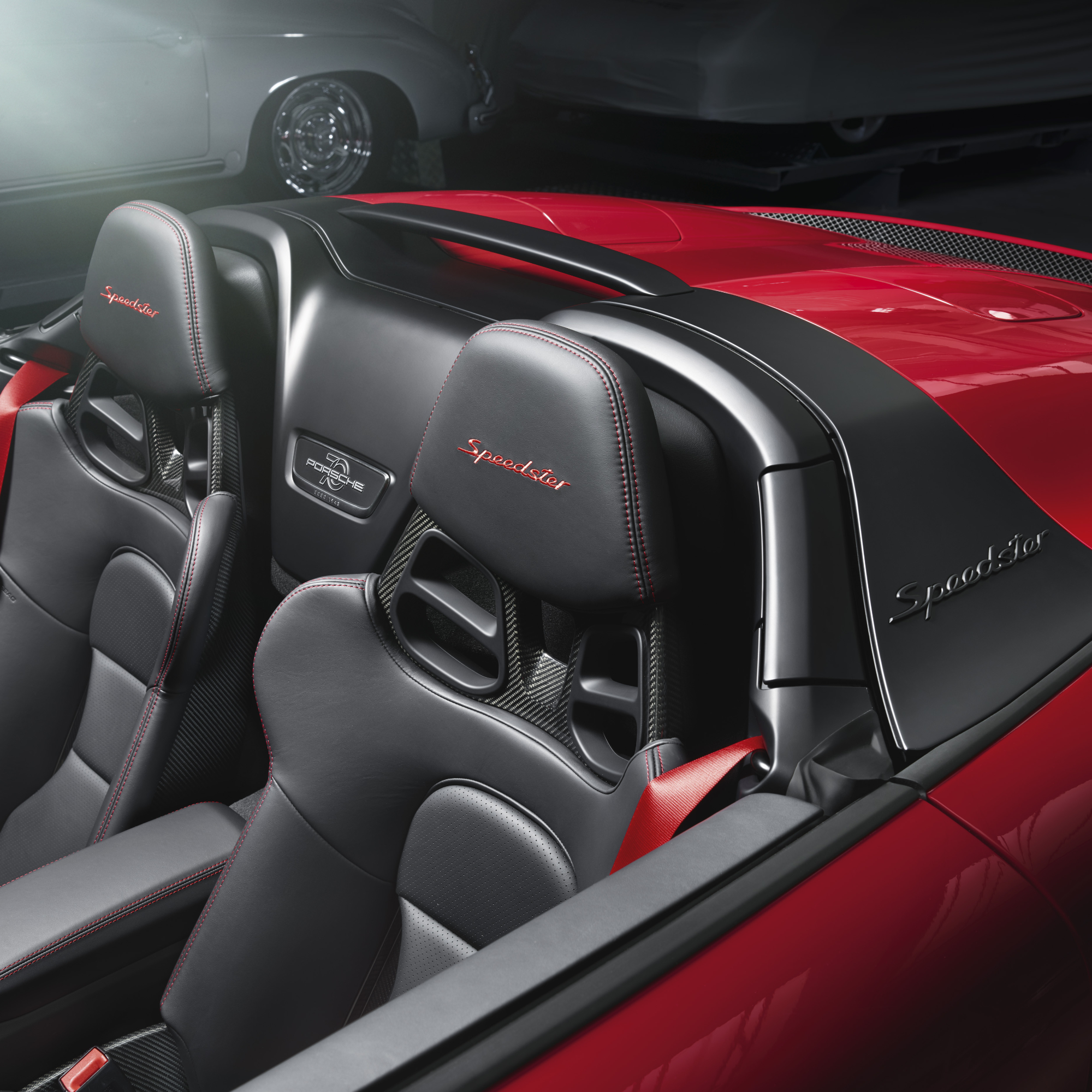 The heart of the new Speedster is adopted from the revered 911 GT3. The six-cylinder boxer engine with four-litre displacement is a pure GT engine. The peak power of 375 kW (510 PS) is reached at 8,400 rpm, with the maximum engine speed at 9,000rpm. The engine delivers a maximum torque of 470 Newton metres at 6,250 rpm. Thus, the new 911 Speedster accelerates from zero to 62 mph in 4.0 seconds and where permitted can reach a top speed of 192 mph (310 km/h). The six-speed GT transmission is shifted manually. 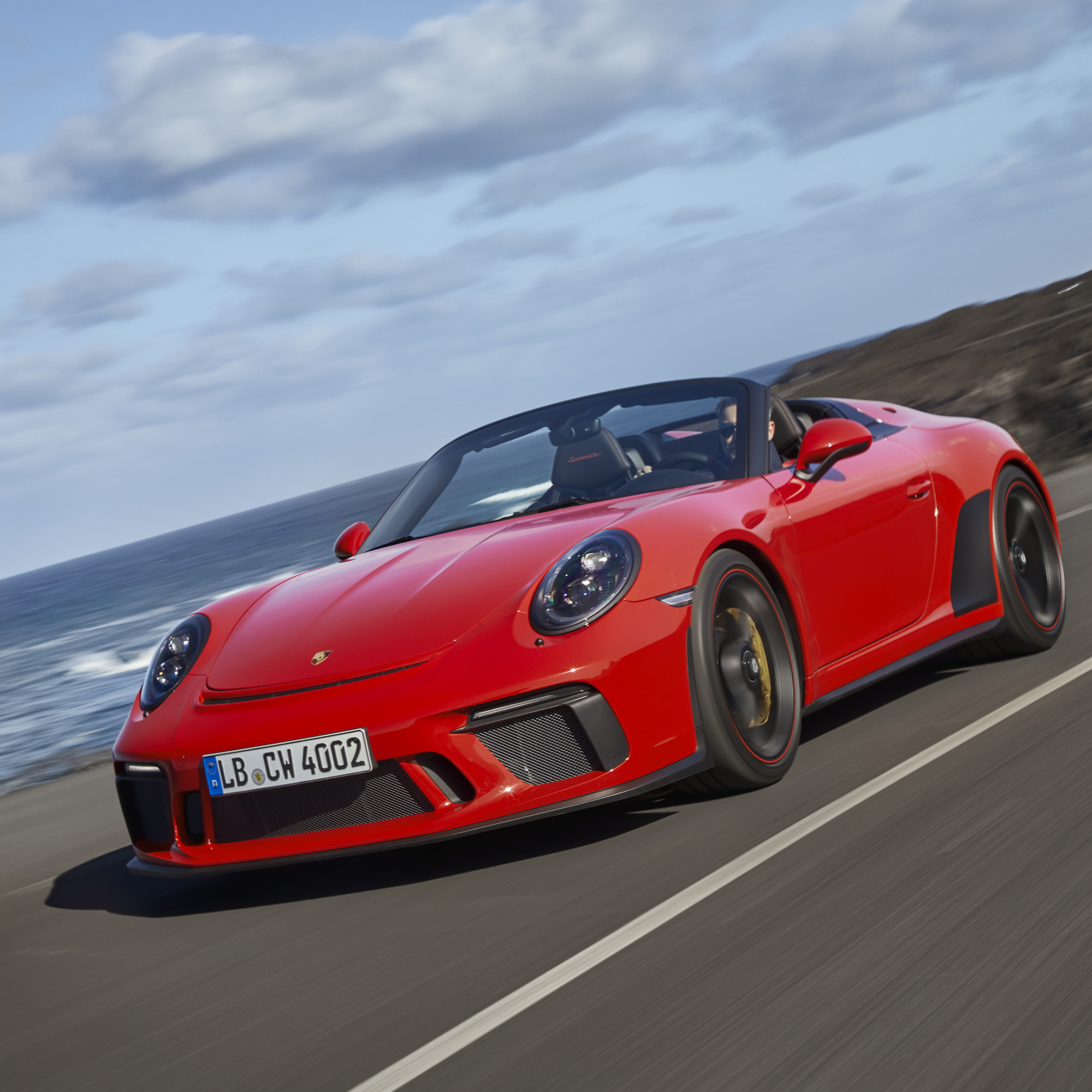 For the first time, a new Heritage Design package can also be added to include classic elements from the 1950s and ‘60s, including a black and cognac interior colour scheme with golden details. Created by Style Porsche and implemented by Porsche Exclusive Manufaktur, the package costs an additional £15,302.00 Inc VAT. A special chronograph for the new 911 Speedster, has also been produced, also limited to 1,948 examples. These can be ordered exclusively by future owners of a new Speedster at Porsche Centres. 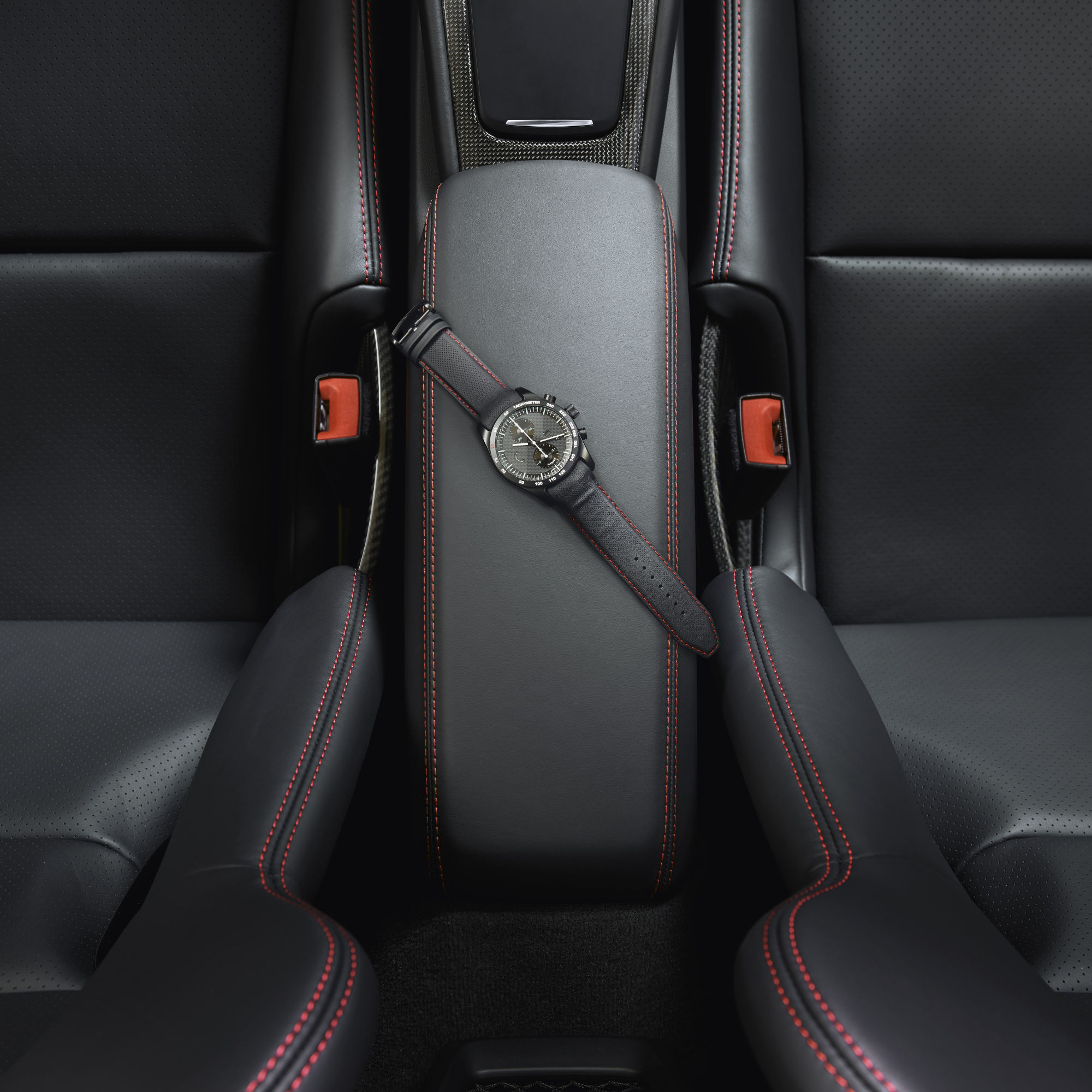 The new 911 Speedster is available to order from Porsche Centres in the UK from today, priced from £211,599.00 RRP including VAT.

Customers will also be invited to explore the potential of their new car, and further develop their own skills behind the wheel, by participating in a bespoke driving experience around the unique tracks at the Porsche Experience Centre, Silverstone.