Chamonix, resort to ski or not to ski 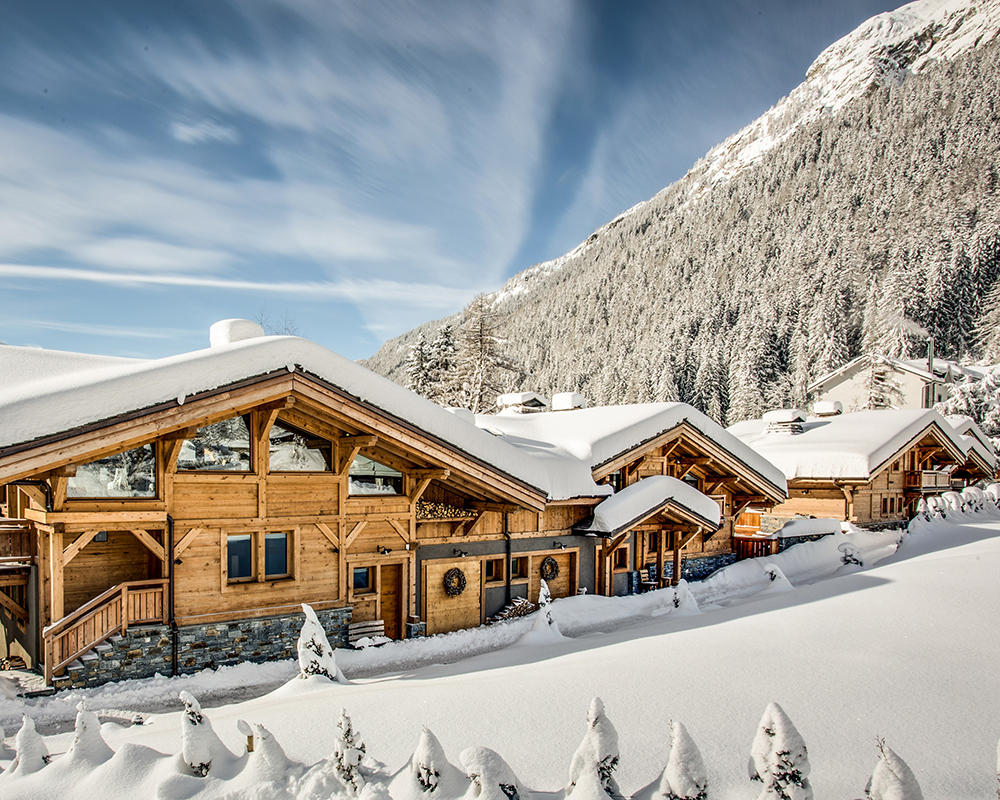 Nima Suchak visits the home of the first winter Olympics

Chances are that if you’re in Chamonix, it’s to ski. Winter sports in Chamonix are what you are likely to find on a bucket list. It is a place for a challenge…a thrill…not for beginners, nor the faint hearted. The French town hosted the first Winter Olympics in 1924 and is home to some of the most challenging terrains in the world, including Mont Blanc, Western Europe’s highest peak. This is the place where ski instructors and mountain guides come to qualify, and skiers come to claim a rightful feather in their wool-lined ski hat. 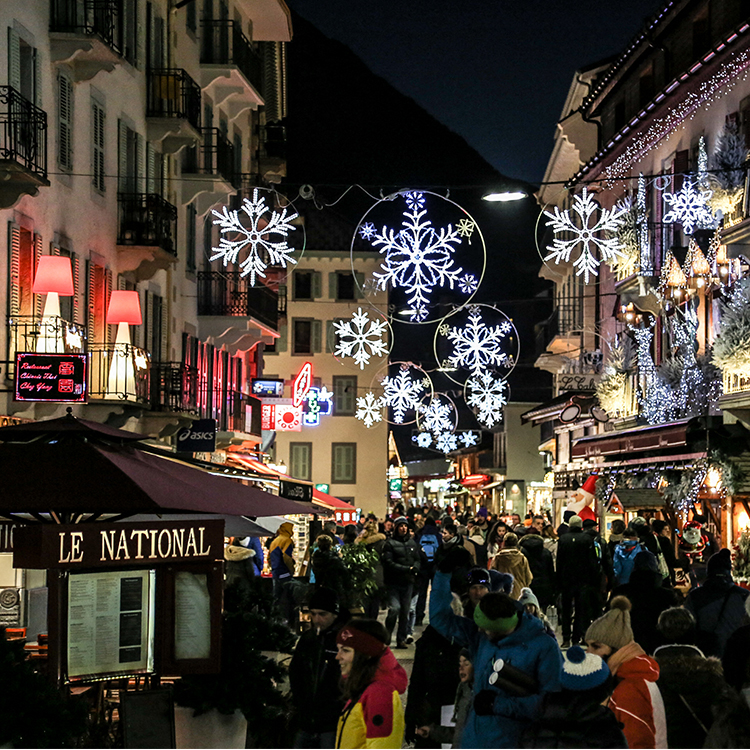 Beneath the looming cliffs and glaciers, the town of Chamonix holds charm for many reasons other than winter sports. Old buildings and cobbled streets overhanging the River Arve add to a quaint and inviting atmosphere where tourists and locals mingle. The centre is traffic-free, which makes it a breeze to stroll around, take in the sights, and explore the luxury stores, patisseries and independent shops.

I was interested to learn that the French resort was originally only ever popular in the summer as a mountaineering destination particularly for the challenge of conquering the infamous Mont Blanc summit. The association with skiing only developed after the Winter Olympics in 1924. 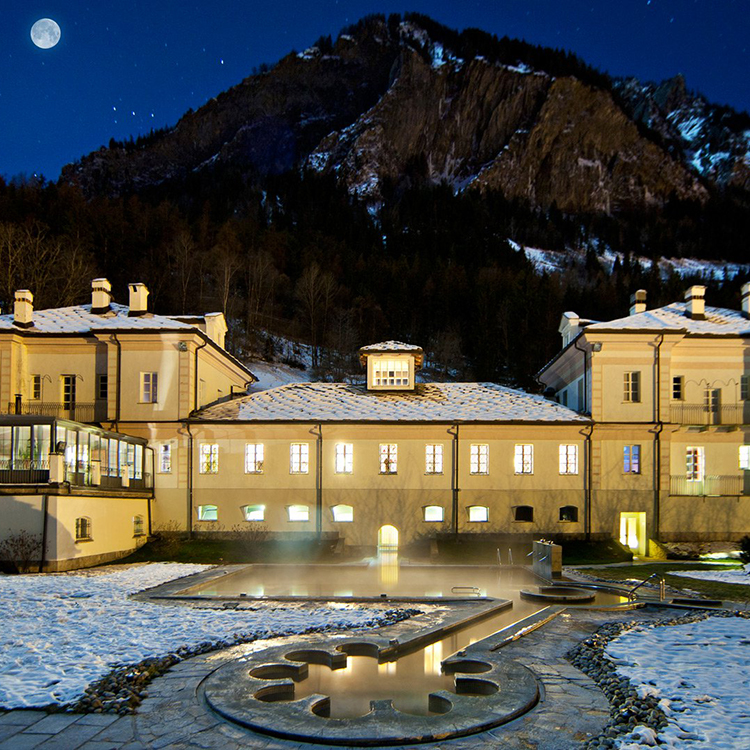 We visited in the middle of December, and stayed at the stylish Les Rives D’Argentiere, a hamlet of luxury 5* chalets. Temperatures were typically -12, which didn’t feel as harsh as that sounds. The snowfall—however—was abundant. It snowed all night—around 40cms, and glistened all day.  I was told it was the most snow that Chamonix had experienced in December for more than a decade. Sitting in a private hot tub, surrounded by the white stuff, was exhilarating to say the least.

Whether you want a break from the slopes, or prefer not to ski at all, there is lots to do. Excursions range from husky sledding, a trip to thermal spas, or even a helicopter tour! 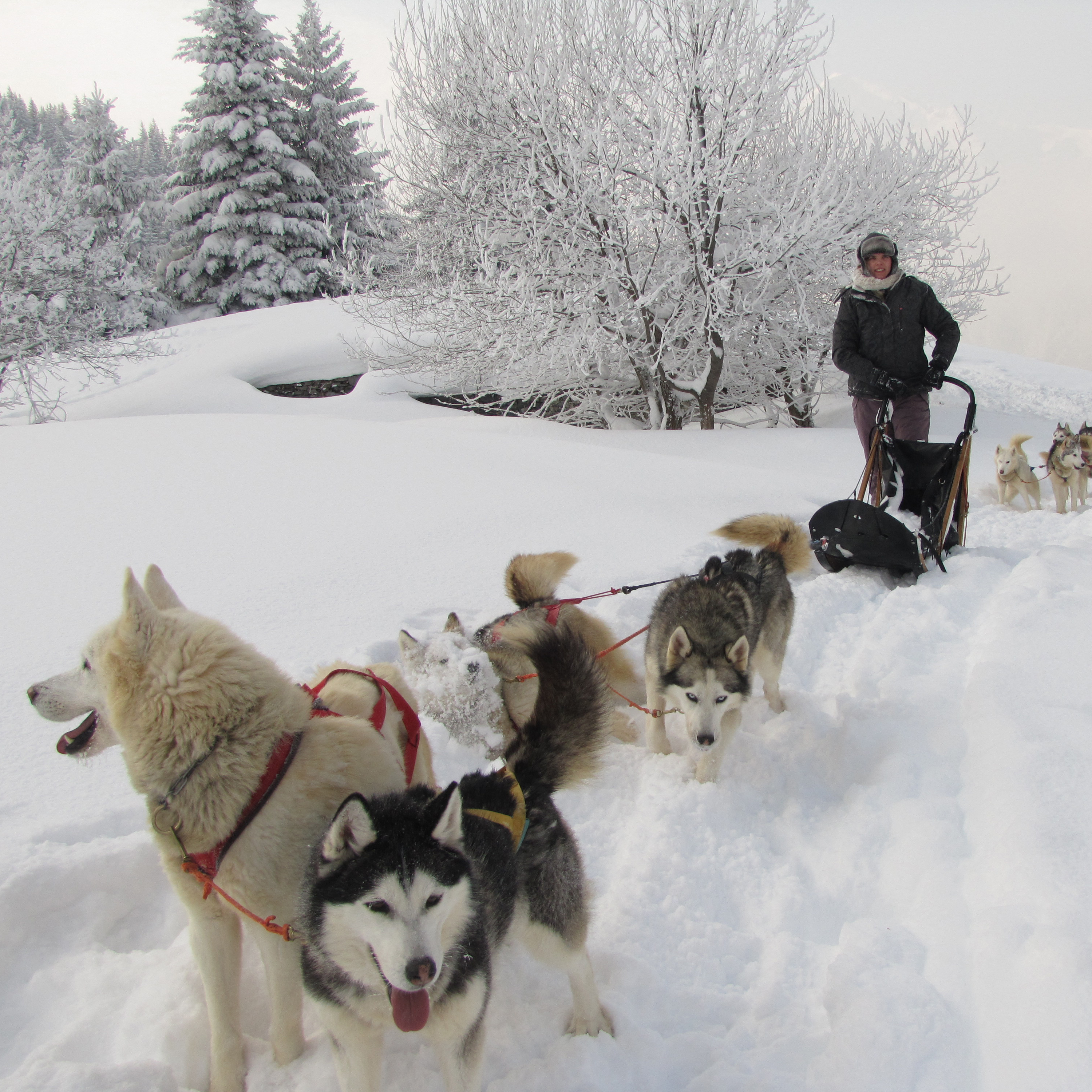 We visited Mer de Glace (Sea of Ice), the largest glacier in France. Once there, you can take some smashing Instagram worthy pictures of the stunning sights, explore the crystal cave, or enjoy a drink in the cafe with panoramic views.  Mer de Glace can be reached by a funicular from Chamonix, an experience which only adds to the anticipation.

The most famous ‘must-see’ in Chamonix is a trip to Aiguille du Midi, the 3842m peak of Mont Blanc. The cable car will take you to as close as you can get to the summit of Mont-Blanc without hiking or climbing.

Our base at Les Rives D’Argentiere is surrounded by stunning, uninterrupted views. Though it might seem as if you are totally isolated, you’re only a five-minute walk to Les Grands Montets ski station, a stone’s throw from local shops, the train station, and only a few minutes’ drive from the centre of Chamonix. The appeal for me was that while the chalets can accommodate up to 12 people, larger groups, or groups of families can hire the entire hamlet for up to 50 people, making it a beautiful and convenient getaway for a special occasion. The chalets are uniquely connected through an underground walk way which offers a sense of simultaneous exclusivity for small groups and connection for large groups. There is ample space for large groups to gather for parties and dining, whether you choose self-catered or catered packages. 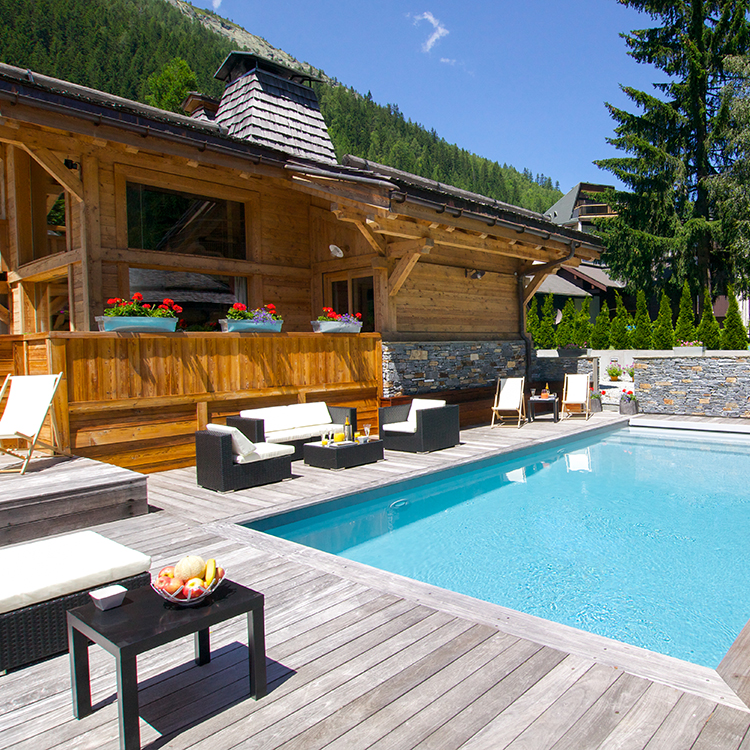 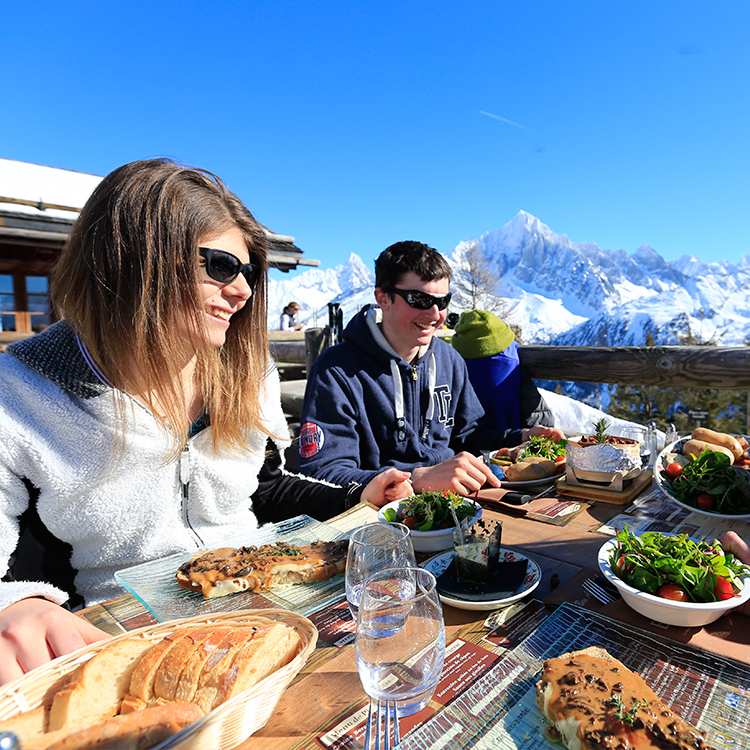 On-site there is a fitness suite, cinema room with bar, a relaxation area, massage rooms, library, children’s games room and wine cellar. For even more R&R, there is a heated swimming pool, sauna and hammam. Making the most of the wellbeing on offer, we took advantage of early morning yoga and apres ski restorative massage by the local Equlibrium Massage company.

Getting there: Chamonix is easily accessible from a number of airports however the easiest is to travel to Geneva from the UK. Easyjet fly from London Gatwick, Luton or Stanstead; Swiss Air fly from London City or London Heathrow and British Airways fly from Heathrow. Milan airport is also an option.

Prices at Les Rives d’Argentière start from £6,000 per week off season, up to £13.5k per week in peak time – both based on one of the chalets, fully catered (exc flights, ski passes, additional activities etc).