The top lawyer who side-stepped the elite route to success 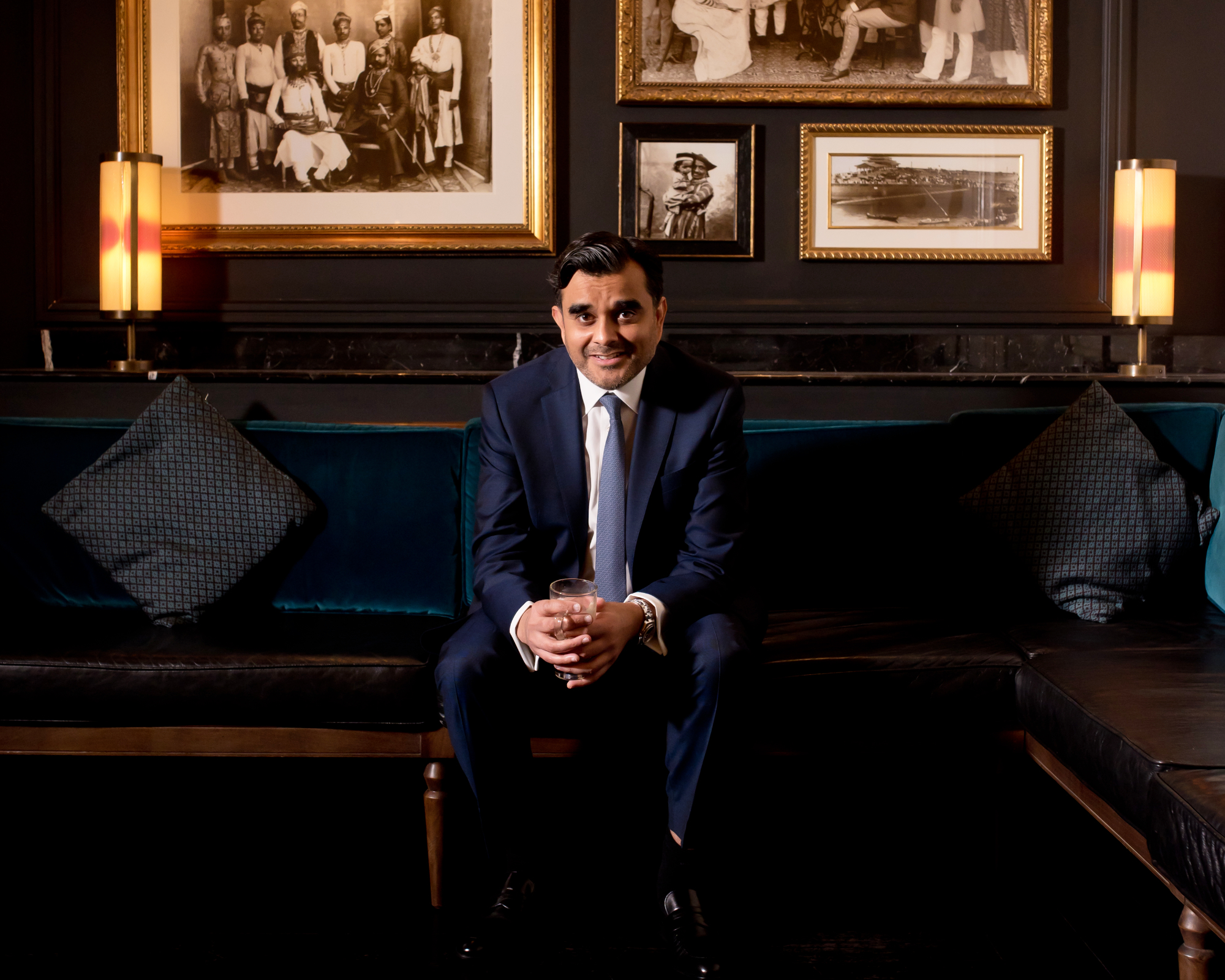 Vijay Parikh became Managing Partner at Harold Benjamin Solicitors at the beginning of this year. He joined the firm in 2010 as the youngest, and only Asian partner. 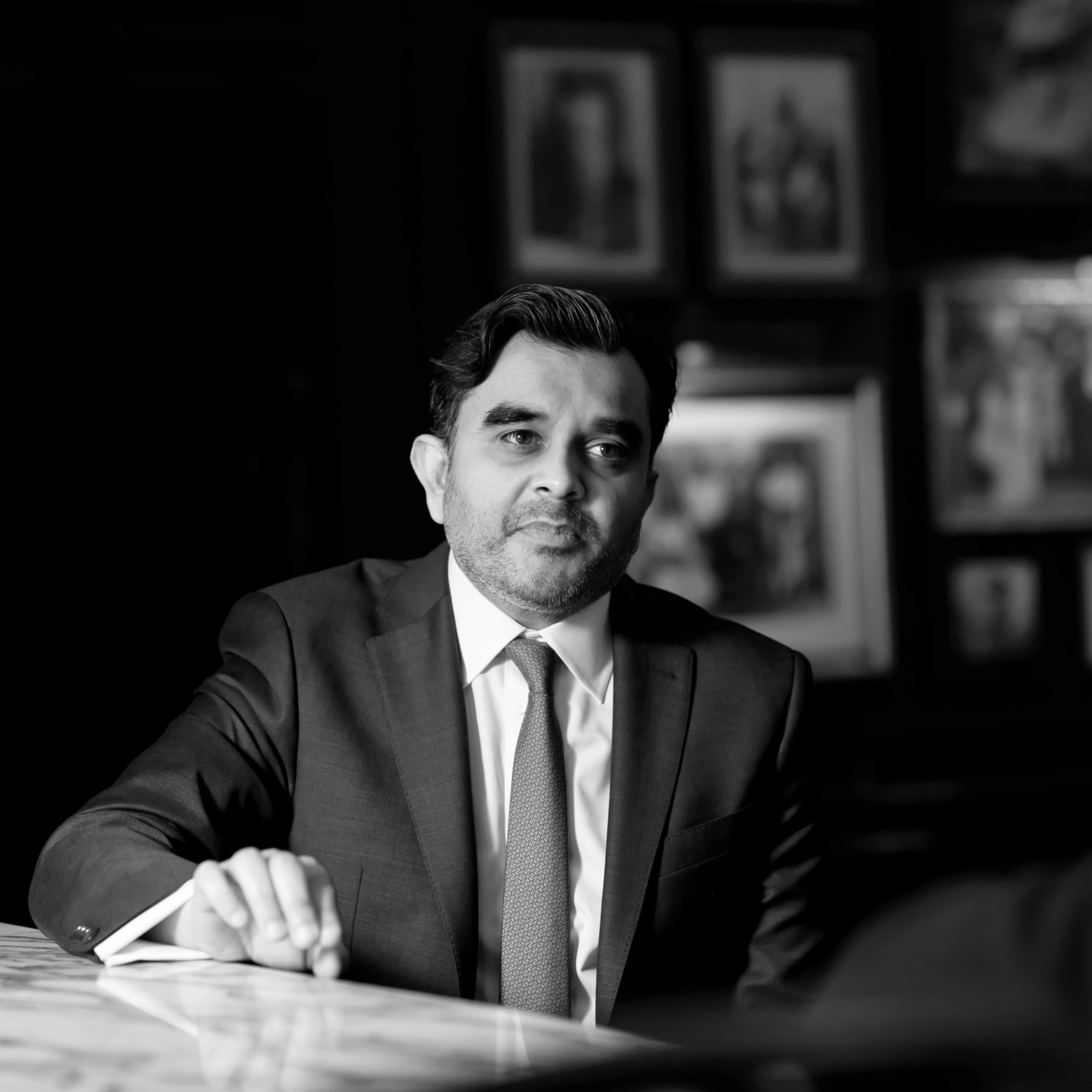 When imagining the path to achieving such success, one would have thought this went hand in hand with a privileged background and having the right connections. But Vijay Parikh – a trusted advisor to British Asian entrepreneurs engaging in multi-million-pound transactions – had a rather unique journey.

“There are a lot of highly educated people out there but they can’t do what I do, and in some respects, maybe I can’t do what they do. The last thing you want is to become a slave to an entrepreneur,” Vijay tells me. “I’ve surrounded myself with law graduates from the best schools and universities and together we’re a formidable force.”

Rather than just grinding down for the qualifications, Vijay’s ability to connect with people has led to his success.

“Education gets you the fundamentals, but you need to be able to talk to people,” he says.

“It’s about building enduring relationships and understanding what really matters. I try to see things from other’s point of view. I understand where they’re coming from and take them in the direction where they need to go.” 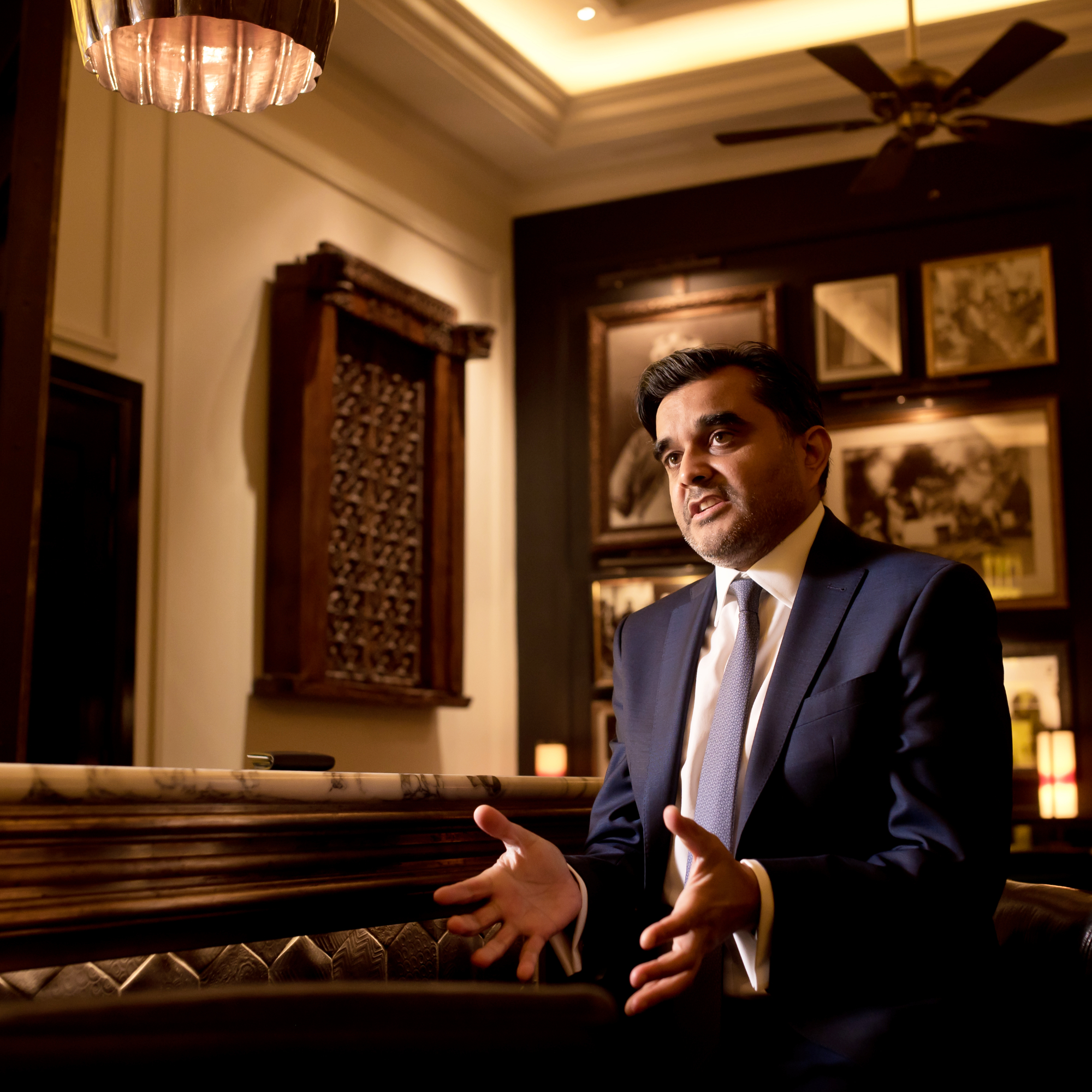 Born in the UK to parents who had been expelled from Uganda, Vijay has humble beginnings.

Along with his two older brothers, Vijay was raised in North London predominantly by his grandmother while his parents worked hard to settle the family and establish a family business.

“It was a crazy childhood,” he recalls. “There was absolutely no routine. We had people over all the time. I spent most of my time playing outside. Life was simple and fun.”

But Vijay’s interactions with so many people helped mould his freedom of expression and interaction.

“My grandmother shaped my values. She taught me how to look after people with generosity, kindness and values that bring people together. Whilst I initially struggled academically, how I was brought up became relevant to where I am now.

“I skipped a lot of school. Life was haphazard and I struggled with studies because there was no time or structure for things like homework.”

At high school, Vijay was streamed in the lowest sets and was even encouraged to leave school without attempting his GCSEs. “I knew I was better than the sets I was streamed in. However, once you’re in, you’re stuck”. He went on to complete his GCSEs though the results were not good enough for him to take A-Levels. 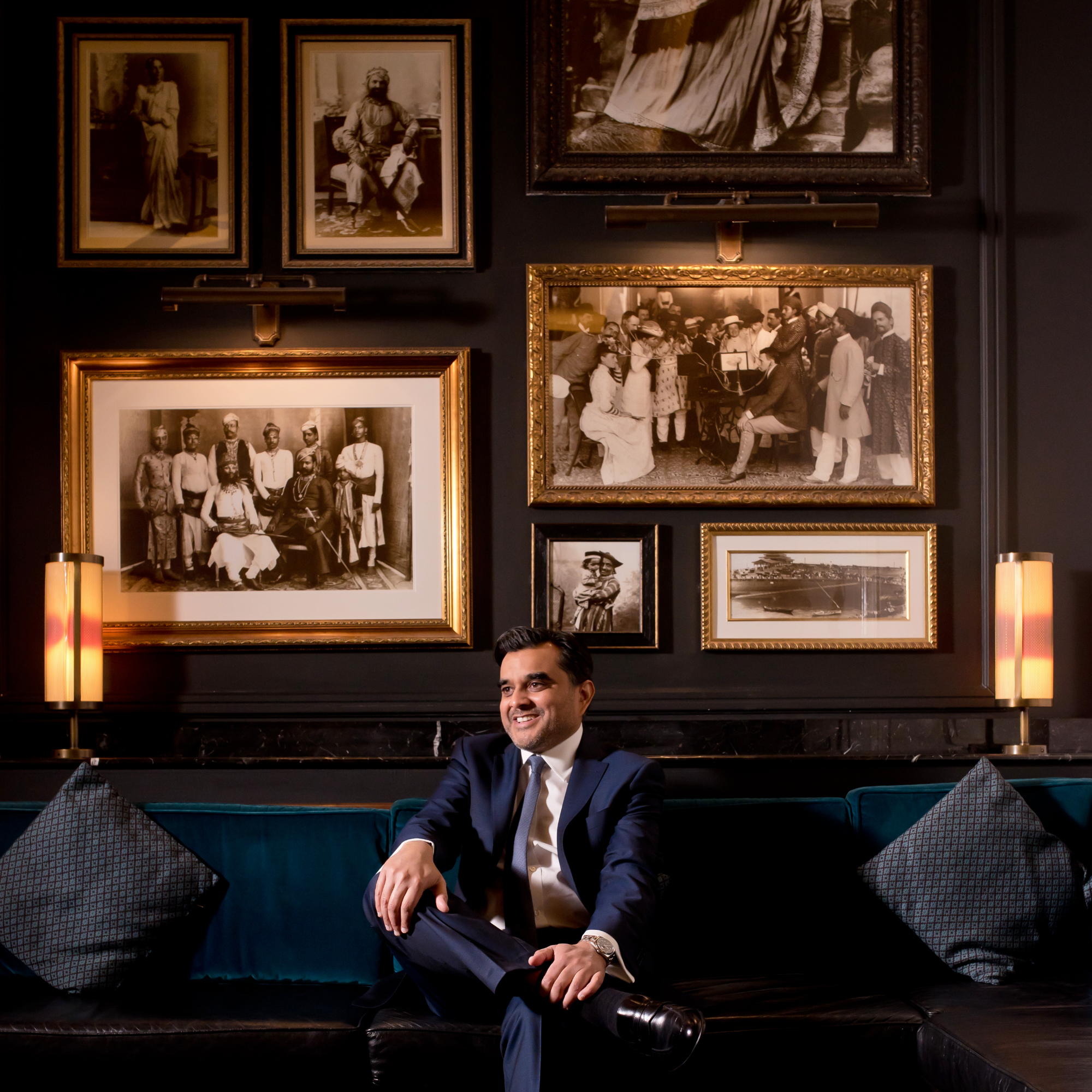 But things changed when he went to enrol at the local college and met a stranger who became a lifelong friend.

“We got chatting. He wanted to improve his grades and said he was doing a GCSE in Law. By the time I had got to the enrolment desk, I added Law to my list of retakes.

“This is where destiny comes in. You might think you’ve failed, but that failure is a trigger for massive success.”

In Law, Vijay had found something he enjoyed and had a connection with. “I got it. I understood Law as a set of rules with a series of exemptions. You try and negotiate which ones you can get out of and find the one which fits together with what you want to do.”

He excelled at Law and went on to do A-levels, and eventually managed to get a place at University to do a Law degree.

But in his final year, tragedy hit. Vijay’s father had a heart attack and passed away. At just 21, Vijay stepped up to administer the business. “Overnight my life had changed. I could have walked away from the business, but I didn’t. It was tough for the entire family but I took strength in tools dad had given me…to do the right thing. 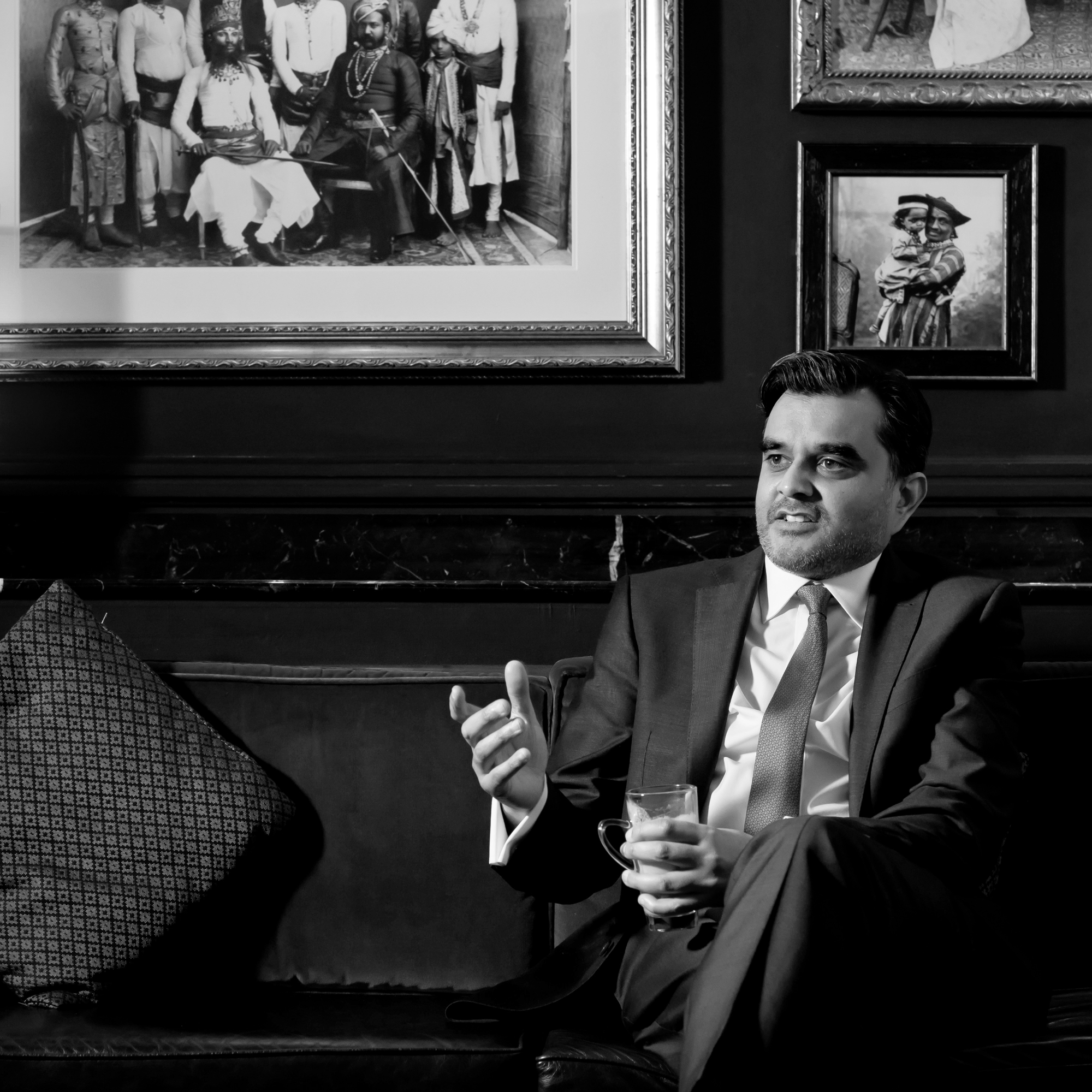 Vijay completed his degree, going on to a post-graduate course at the London College of Law. But the real challenge was finding a training contract. “My CV didn’t have any legal experience. So while I had the qualifications, I couldn’t find a training contract.”

To make ends meet, he got a temp job in data entry, and then got a position at a firm of mortgage brokers in London. “I was dealing with spreadsheets and management information. This is where I learnt finance, business and operations – something that would become invaluable in later life.”

Meanwhile, Vijay was sending out hundreds of letters for training contracts, with little success.

“At one interview, I was told they didn’t think I had it in me to be a lawyer. But I knew he was wrong. I sat outside in my car, looking up at his room, thinking ‘I’ll show you.’ But the most beautiful pictures develop out of the darkest moments. You have to believe in yourself.”

Two years after his post-graduate in Law, Vijay eventually met someone who had a small practice who was looking to build his team. “I told him I needed to qualify and while I had no legal experience I had plenty more.

By now, Vijay refused to make way for another rejection. “I could see he was unsure, so I told him I will work for free for six months. If after that I’m no good, no questions…I will walk away. But if I’m any good then they should give me a training contract.”

The challenge was set. By three months Vijay was running files, and six months later he was handed the forms for training.

“This is about the vision. Having struggled to find a training contract and then backing my own abilities by working for free I was investing in my future. It wasn’t about the money, it was about where I was going. I got very good experience.”  By the time Vijay finished his training contract, he had a number of trusted clients and contacts.

Once qualified, Vijay joined a larger firm, and continued to build up a following of clients and associates in the property industry. Upon two years of qualification, having recognised his achievements and contribution to the firm he was at, he was offered equity partnership. “I started building my team. I had a network of agents, auctioneers, brokers and other professionals in the field. People referred work, one from the other. I was working 15 hours a day in the office, and thinking about work outside the office.” By 2010 Vijay was highly regarded in the property industry with wealth of experience, knowledge, and a formidable team. 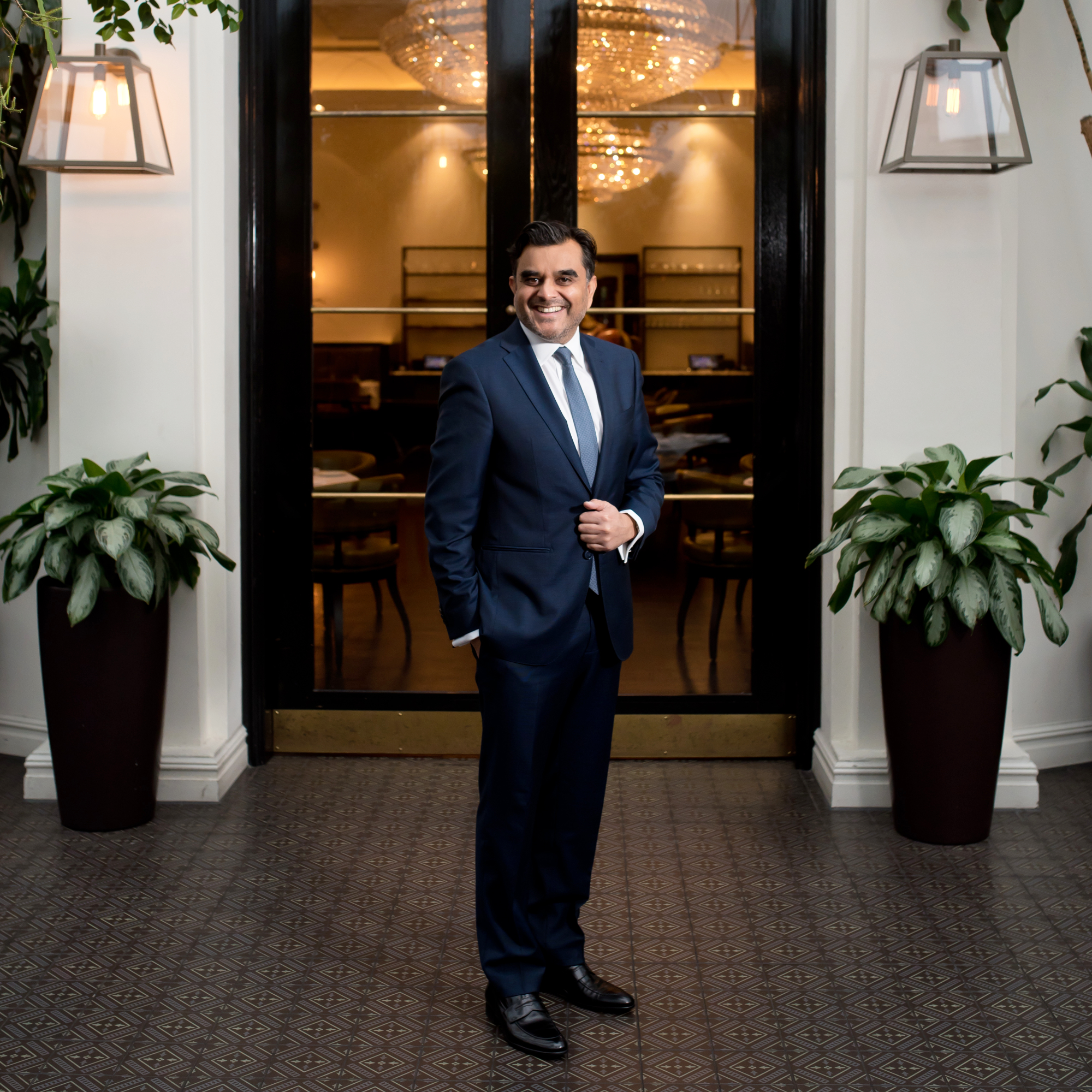 In 2010 Vijay was approached by Harold Benjamin to join as an Equity Partner. Putting his clients and team first, he ensured a smooth transaction of his move taking three members of his team and his clients. “I recall the amazing support that my team and clients provided when joining Harold Benjamin. Once again, established relationships that I could rely upon didn’t fail me.”

At Harold Benjamin Solicitors Vijay continued his growth, expanding his network and in January 2019 he momentously took over as Managing Partner.

I asked him about his resolve to achieve when faced with numerous challenges. “It’s about working smart, hard work and determination.” he says. “Life is not a one-way bet. Focus on hard work the rewards will come.”

“A failure can actually result in success. And in whose eyes have you actually failed? What do you learn out of that failure? I look back to college when I retook my GCSEs and decided to add Law to the list. But had I not been in that position I wouldn’t be a lawyer nor the Managing Partner of Harold Benjamin. Reflecting on the journey, I wouldn’t have done it any other way.”