John Athwal OBE: The man who lights up Christmas 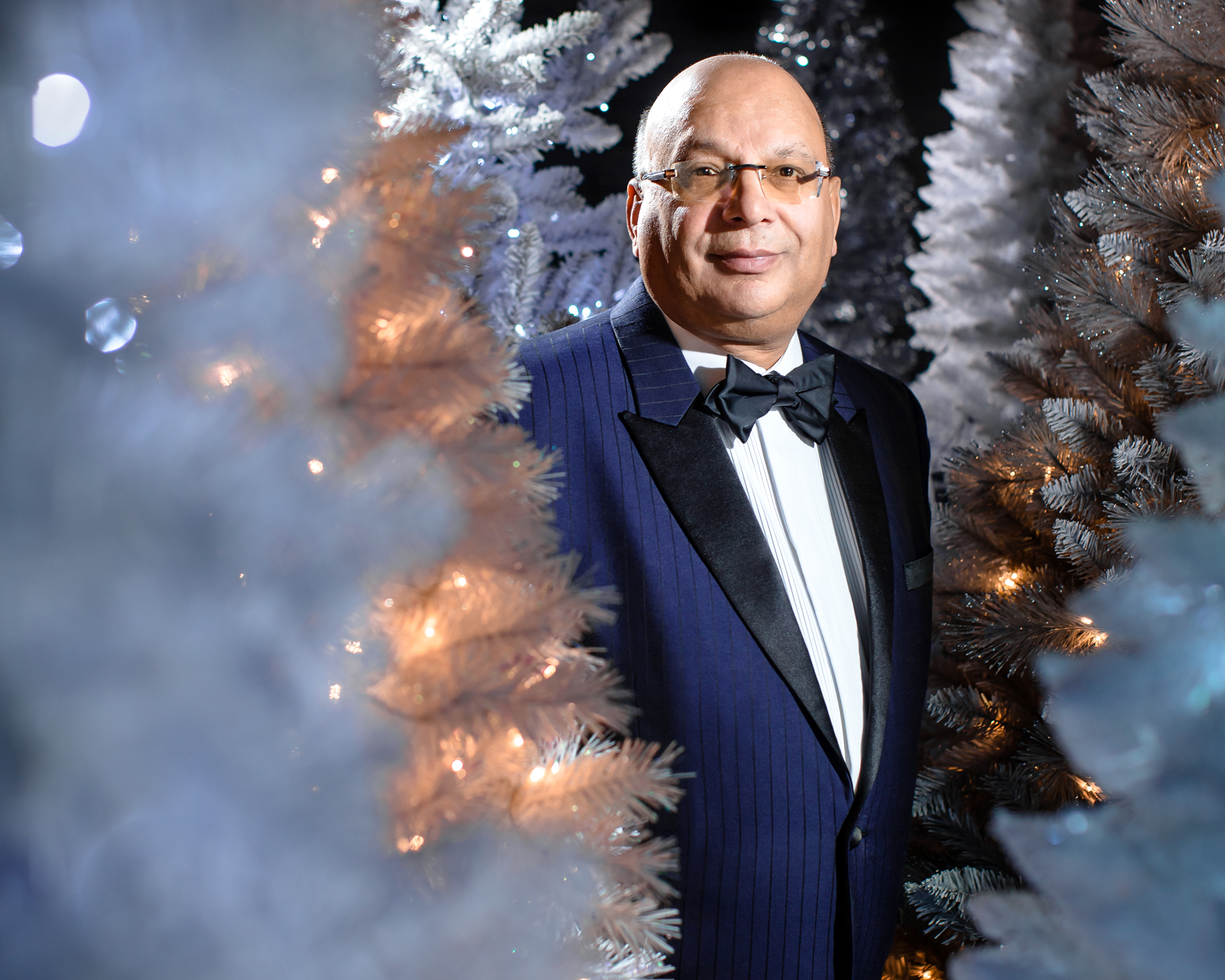 John Athwal OBE, is founder and managing director of Premier Decorations. He tells Melissa Stewart how he made his fortune and why he likes to give back to good causes. 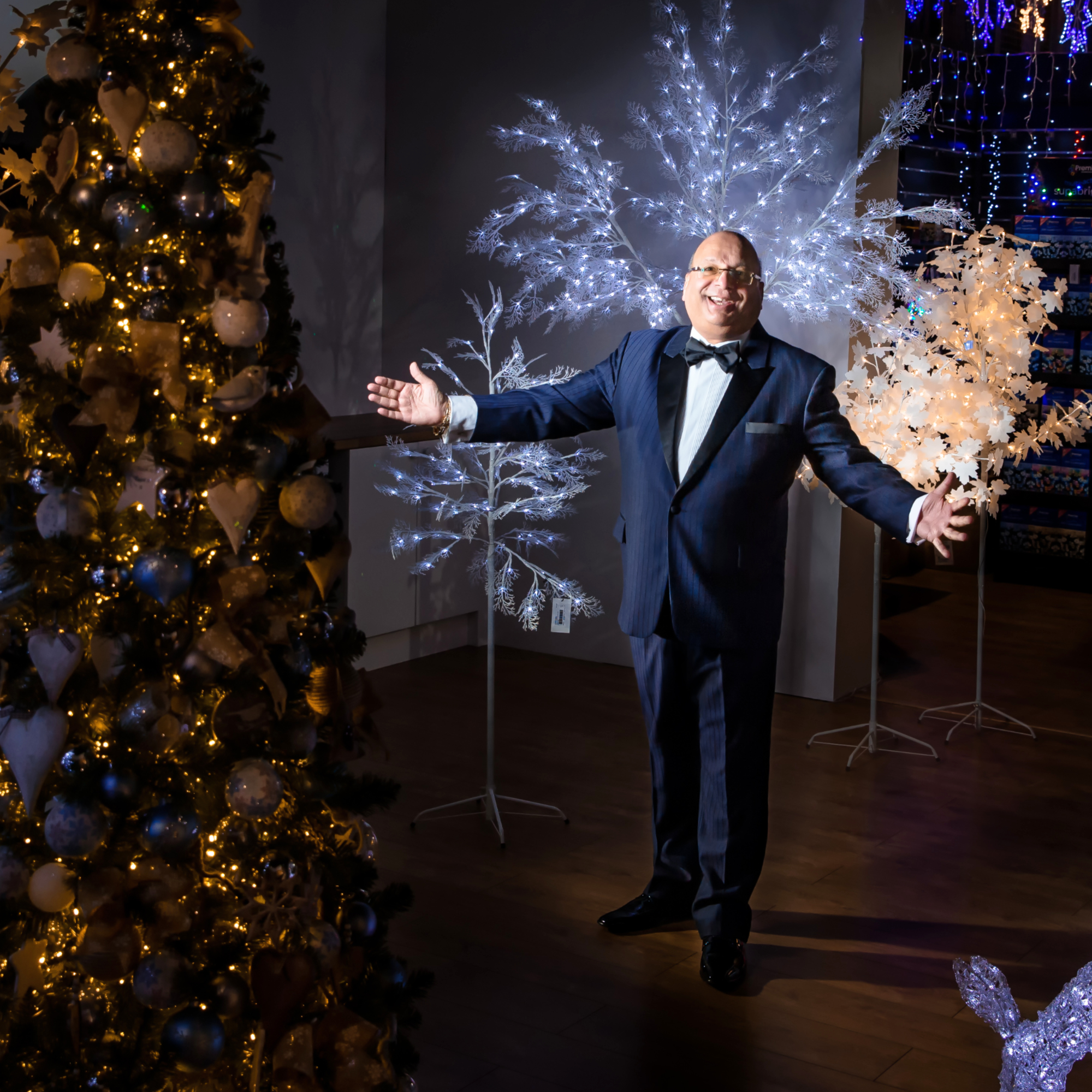 Step across the threshold and you’re transported to an Aladdin’s cave of wonder and magic. There’s a room the size of a football pitch decked from floor to ceiling with decorations, trinkets and fairy lights. Welcome to Premier Decorations, a place where it’s Christmas all year round.

Premier Decorations is the brainchild of John Athwal. After years supplying goods to filling stations (more of that later), John spotted a gap in the market sourcing and supplying Christmas decorations to retailers. When he realised the business potential, he packed in his day job and risked it all to go it alone. The rest, as they say, is history. Now, with two main sites, one in Ruislip, one in Wrexham, 80 employees and a turnover running into many millions, Premier Decorations is the UK’s largest supplier and distributor of home and garden decorations.

It’s a far cry from John’s humble beginnings in Punjab, where money and opportunities were scarce. Hearing of jobs in post-war Britain, his father booked a ticket to the UK in 1955 and found work in a US base in High Wycombe. By 1961, John, now eight, his mother and his older brother set sail for England, and a completely new life.

“It was a complete culture shock,” recalls John. “I remember arriving in Victoria Station from Southampton in the early hours of a July morning and my father rushing over to us and huddling us to the toilets. We were dressed in pyjamas (typical day wear in India) and my father wanted us to put on western clothes so we didn’t attract attention.”

For the first year times were hard. “We all lived in one room and we didn’t have much at all,” says John. “But my father instilled a work ethic in us and my brother and I enrolled in primary school to learn English.” 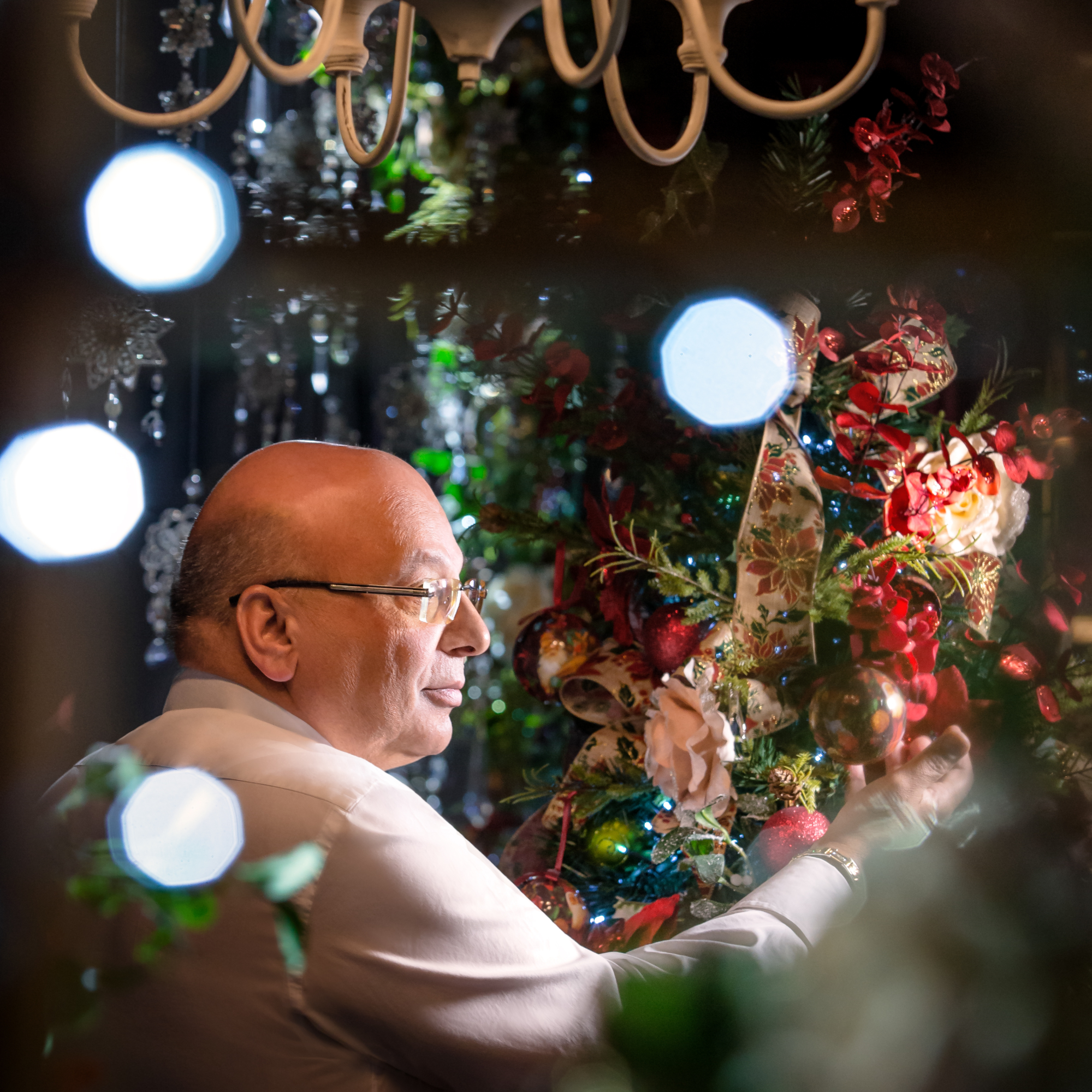 While a new language may have been difficult to grasp at first, from a young age John excelled at Maths. He went on to do well at high school and was encouraged by his school and parents to enrol in further education to study to become a Maths teacher.

John thrived at college, but not in the way his parents would have liked. “I was more interested in running the students’ union, editing the magazine and getting involved in the social scene,” John recalls. “My best friend and I also formed a business. We became music promoters – hiring bands for the local town hall and the student’s union.”

The duo managed to secure high profile acts including David Bowie, Genesis and Rod Stewart. “We made very, very good money. We were rich students. It was my first entrepreneurial venture,” says John.

The venture became a fully-fledged business known as Road Runner Enterprises, which hired bands, sold tickets, ordered drinks through various breweries and collected the money. “It’s surreal to think a 17-year-old could hire and order thousands of pounds of beer from breweries and buy it on sale or return, and on credit. It’s quite inconceivable now,” says John. 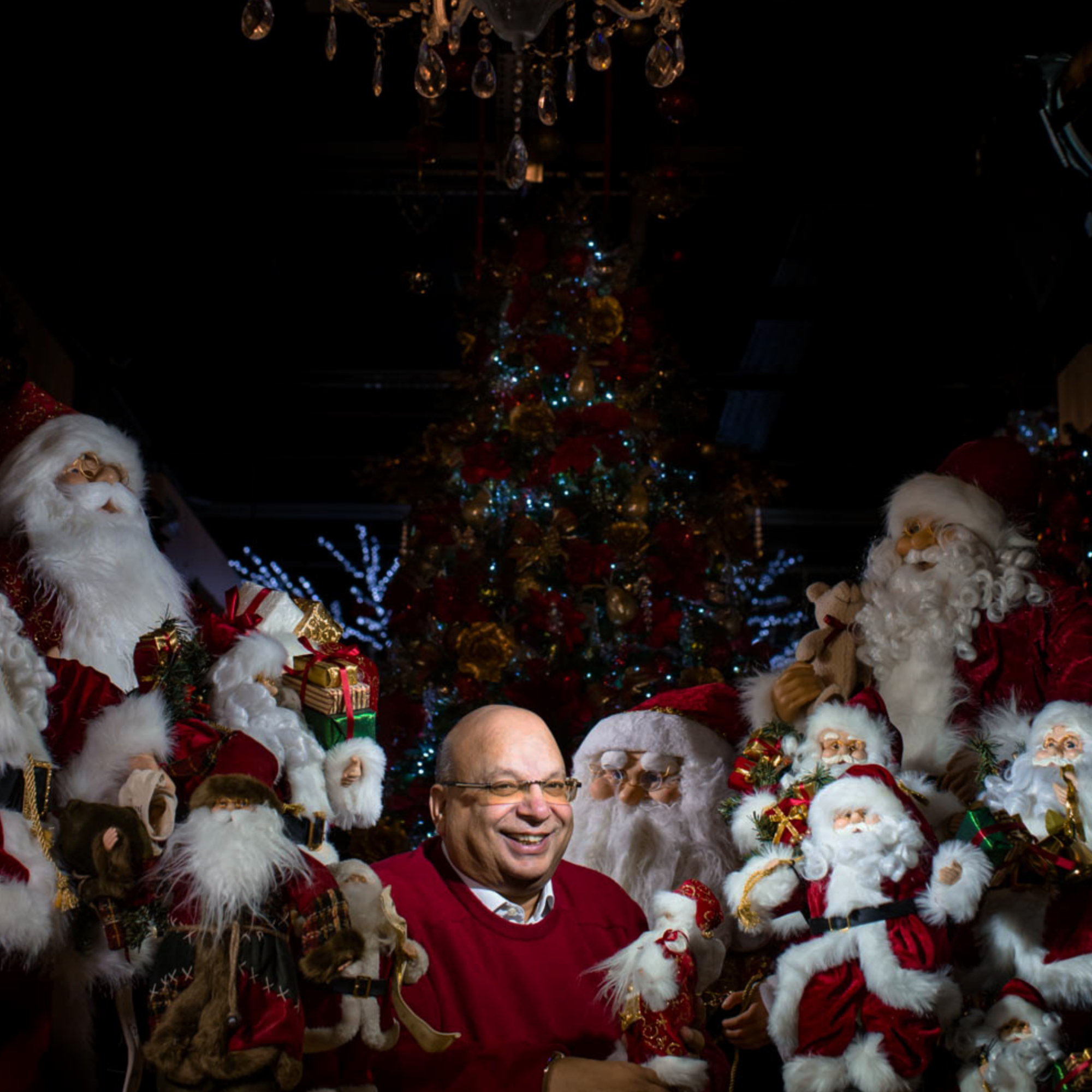 Unfortunately, John’s parents didn’t share his enthusiasm for his new business. “It was unheard of in the early 70s for an Asian child to be out late at night, let alone putting on music events and selling alcoholic beverages,” he says. “My father urged me to give it up and I was distraught. It had been my life and my passion. It taught me a lot about running a business.”

John then made a decision that would alter the course of his life forever. He decided to run away. “It was 1972 and I was 19. My family had recently bought a grocery store in South London and I felt I was expected to work there and I didn’t want to,” he explains. “Running away was totally unheard of at that time. It sent shockwaves through the Asian community. Looking back, I wish I hadn’t done it, as I know that my father was absolutely beside himself with worry.

Thankfully John managed to find lodgings with a friend in Slough and eventually was offered a job as a trainee manager at a filling station, reconciling with his family soon after. He says: “I was a real workaholic and was happy to give my time and effort to prove myself. I’d work my regular shift and then come in early or stay late to do other tasks. My boss recognised the potential in me and suggested that I take an interest in marketing.”

From there, John and his boss began to see the potential in the filling station, not just as a place to buy fuel, but also as a place to buy other produce – something that was uncommon at the time. “I was sent out to buy stock to fill the shop. I remember buying jackets, shirts, briefcases, garden stuff, bread, milk, – all sorts of different things. It was an experiment to see what would sell until we found a winning formula.” 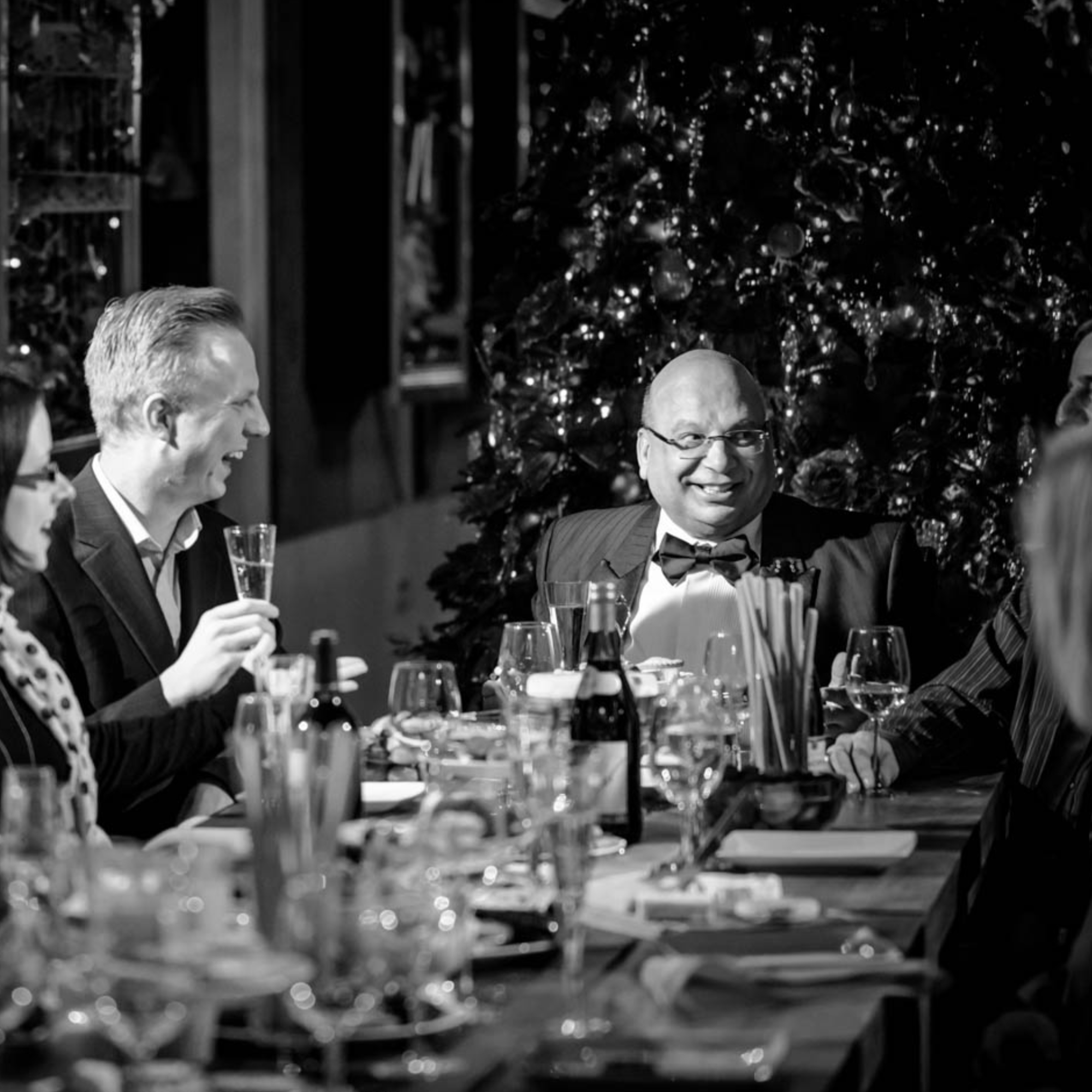 The business model proved successful and the company quickly expanded, with new filling stations opening up across the country. John was soon manager of a group of filling stations, but his passion lay in making the shops profitable.

John was promoted to marketing manager and then approached the board of directors to establish a wholesale business, wholesaling non-petrol products to other petrol stations. The board agreed. “This was welcomed with open arms. I was given 1,000 square feet of space and £40,000 and told to go and multiply it. I predicted a turnover of £100,000 in the first four months, but actually delivered £1.1 million, £4.5 million the following year, and £10 million in the third year. We were selling to 2,500 filling stations at our peak,” recalls John.

By 29, John was a company director. However, as the business grew ever bigger John was hungry for something new. As luck would have it, a friend approached him with an order to supply Christmas decorations to Asda. His friend couldn’t fund it by himself so asked John to help out. “I went to Taiwan to see the factories and initiated meetings with Asda, expanding the margin quite considerably. I decided then that this was where my future lay,” says John.

After 15 years in his previous job, John decided to go it alone, forming Premier Decorations – the UK’s first Christmas decorations brand. “There was an Asian streak in me that made me think about the next generation. By then I had two children and I wanted to provide for their future,” he says. 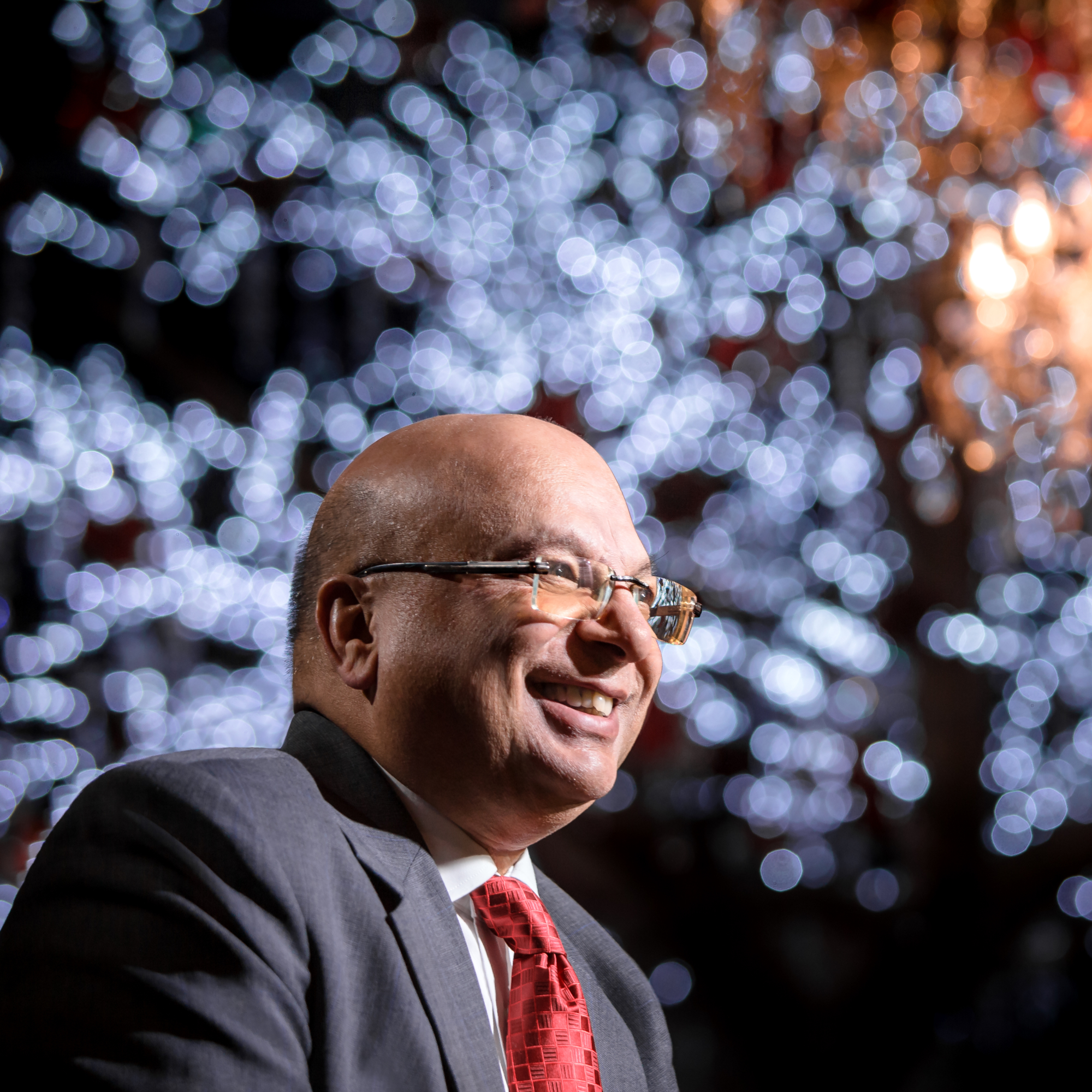 The business prospered, with John sourcing products in Taiwan and Japan, and now primarily in China. As well as supermarkets, Premier Decorations supply to garden centres, mail order companies, and wholesalers. They stock over 6,000 products which they meticulously photograph each year for their annual catalogue. They also have two showrooms – in Ruislip and Wrexham – and attend toy and home fairs throughout the country every year.

The key to Premier Decorations’ continued success, says John, is ensuring customers and staff are treated fairly at all times. John recognises the importance of trust and leaving people to get on with their work, rather than micro-managing. “This means we have a really loyal staff base,” says John. “The average tenure is 10 years, which we’re really proud of.”

Another important factor in John’s work is having fun. He says: “At Premier we have lots of parties with our employees, customers and suppliers. We socialise an awful lot. It helps to build teamwork, which is vital for a successful business.”

John is a noted philanthropist, committing his time and money to a number of charitable endeavours. The most notable of which is the Make a Wish Foundation, which grants wishes to children and young people fighting life-threatening conditions. John is on the fundraising committee and instrumental in organising the charity’s annual Winter Ball. 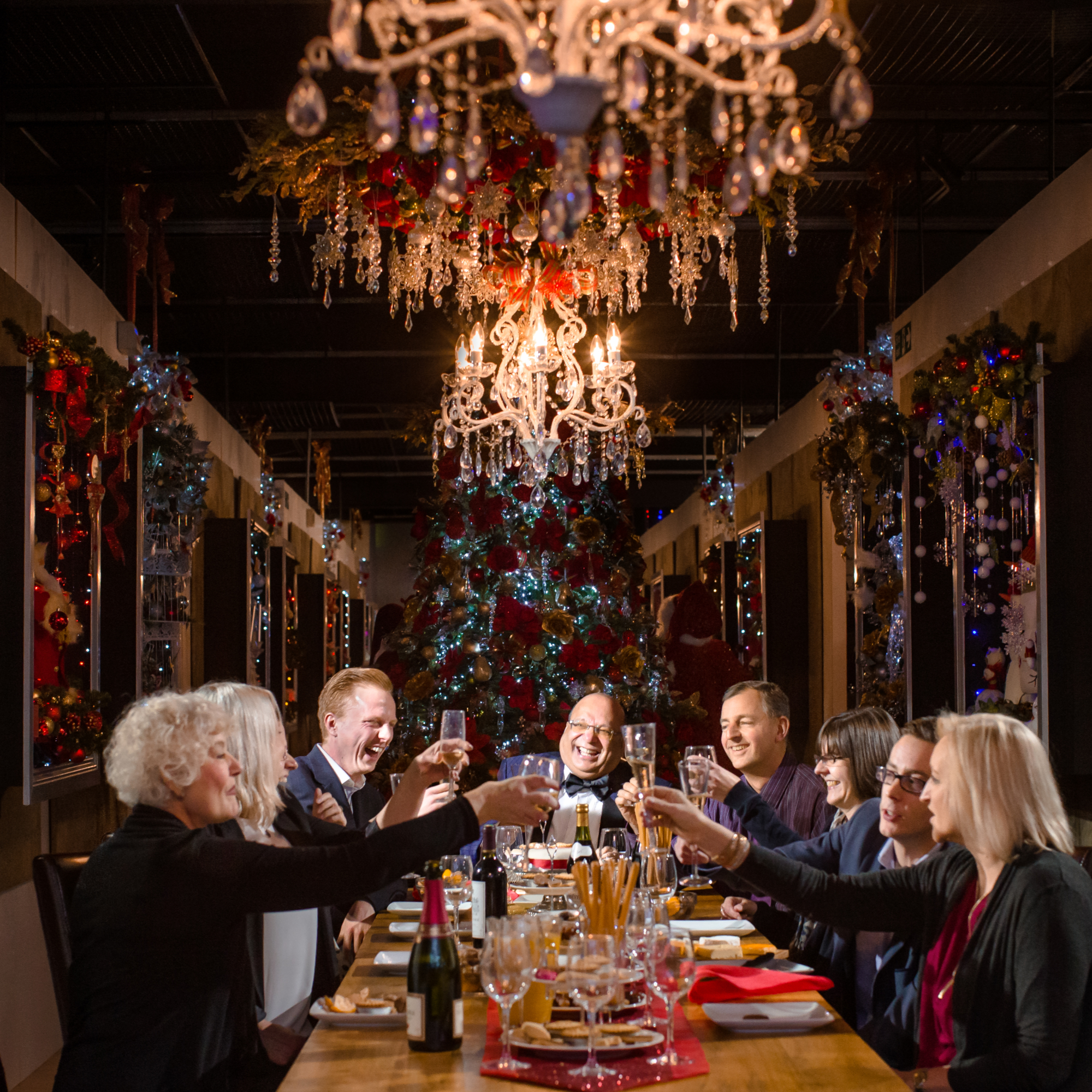 “Make a Wish is very close to my heart. “One has to wonder why these families are living with these devastating illnesses and disabilities. They’ve done nothing wrong. So all of us should count our blessings and do whatever we possibly can to help them. God has put me in a very privileged position to help them and other charitable causes.”

John also devotes his time to is The Fence Club, a members’ only club made up of people from the toy industry that raise money for sick and disadvantaged children in the UK. In 2014, John also took part in the CEO Sleepout to raise awareness and money for Action For Children. The charity is concerned with the 100,000 or so children who sleep rough in the UK every year. John says: “With my history of being a runaway child, I could easily have become one of these unfortunate children.”

While continuing to work with these children’s charities, including the Loomba Foundation, John has begun supporting other causes, for example, Silver Star, a diabetes charity.

Looking to the future, John has no intention of slowing down. Although he’s no longer full-time in the office, he’s ever-present and guides the company strategy. 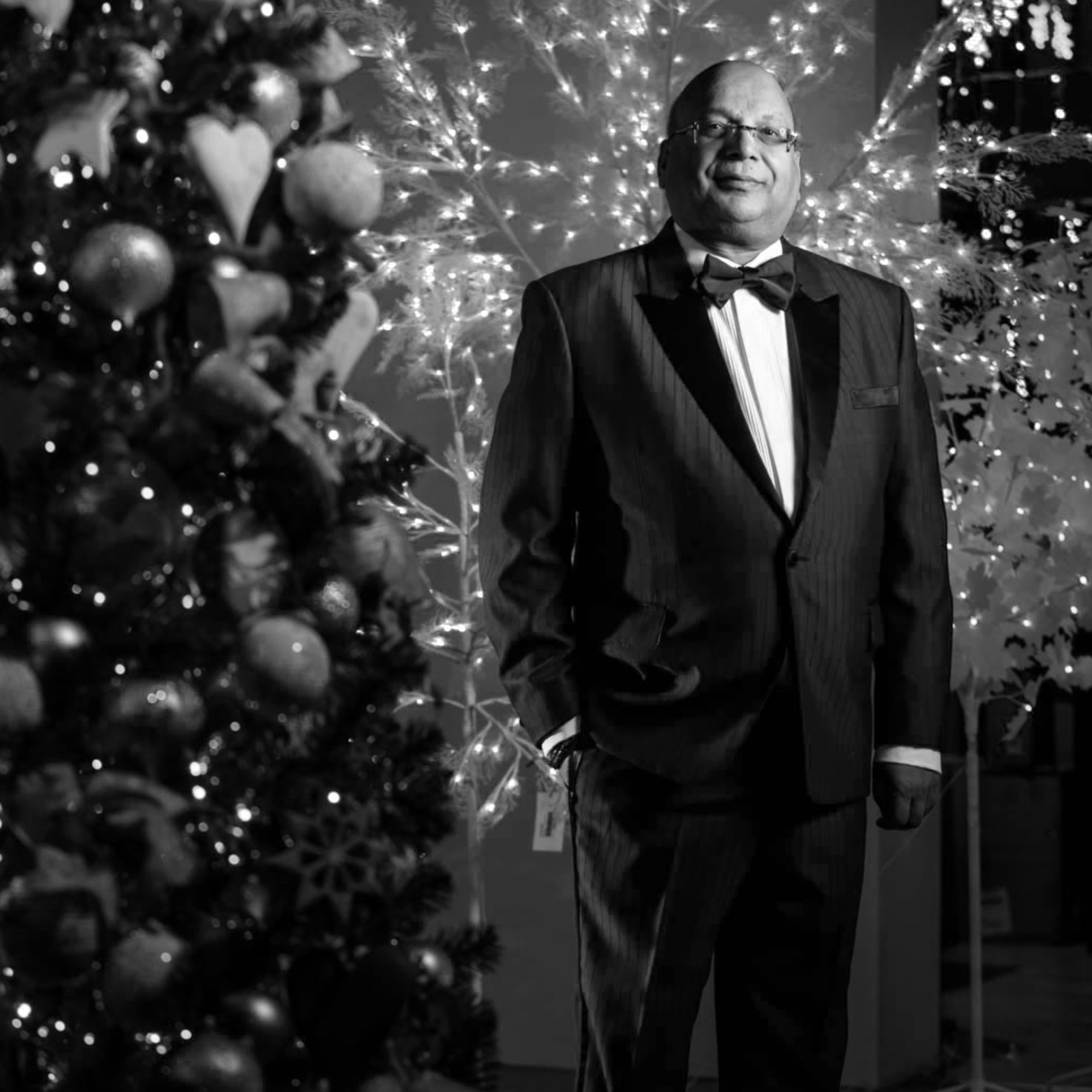 On a personal level John seems very satisfied with his lot. “Professionally I think I’ve achieved most of my ambitions,” he says, happily. “On a personal level I now want to spend more time with my children – I missed a lot of time with them growing up. I’ve also got a baby granddaughter and get tremendous delight spending time with her. I’d like to do more of that.”

With his endless enthusiasm and knack for balancing a successful working life with his charity work, plus a happy home and social life, John is a real inspiration.

He may have made his name selling Christmas, but the true sparkle lies in the heart of the man himself.