Sunita Shah: Reviving ancient Hindu stories for the next generation 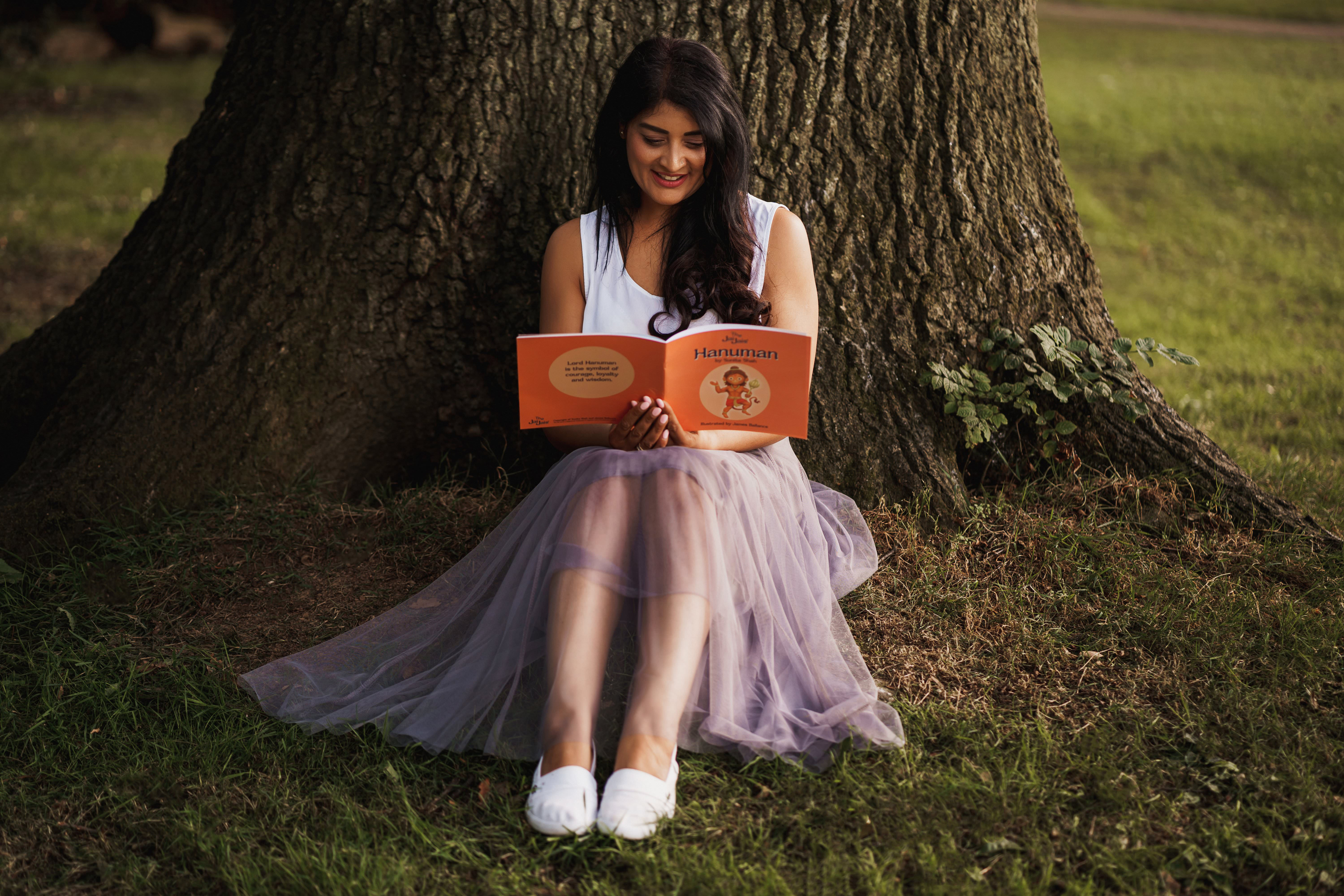 Sunita Mistry Shah is the brain behind The Jai Jais, a growing collection of books and educational resources for children centred around Hindu Gods and Goddesses. 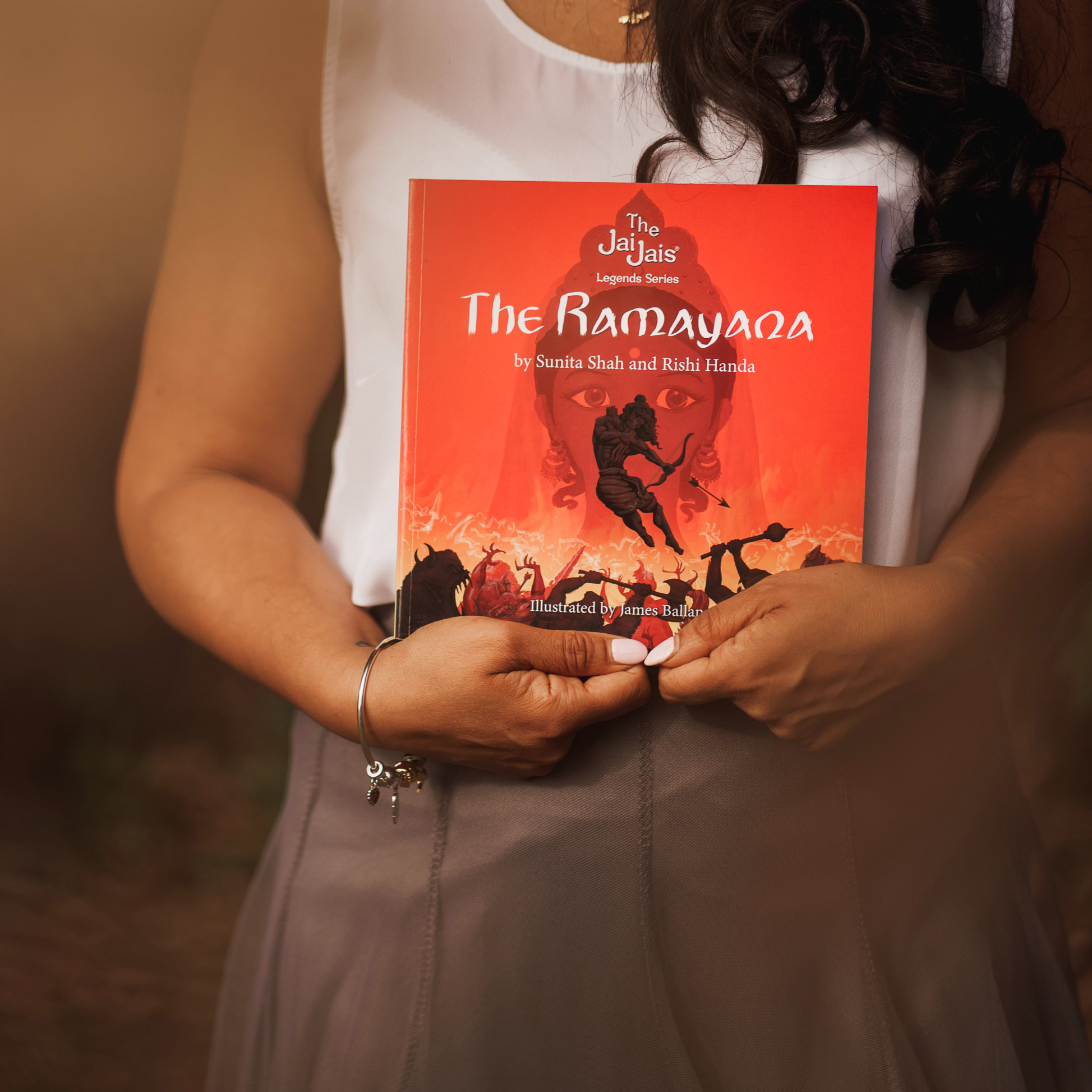 She tells Nima Suchak about how she blended her expertise as a speech and language therapist with her children’s natural enquiry about their faith to produce the collection for children of all ages and backgrounds.

“I was always a book worm…our house is full of books,” says Sunita, mother to two boys aged seven and three. “Storytime is still a treasured time of the day with my children.”

Her spark to create books about Hindu characters was ignited when her eldest son, Syon, began asking questions about the shrine in their home. “He would talk about the elephant God, the monkey God and the powerful fork ‘trident’ of Lord Shiva which he thought was like King Triton from The Little Mermaid.”

Sunita admits she would often ‘make up’ stories from memory and from what her elderly grandfather and mother had taught her, but it never seemed to be enough.

“I got the old Amar Chitra Katha comics out the loft to show my son but the language was too advanced for his age.”

Hunting around, Sunita realised that while there were a few books for school-aged children and beyond, resources for pre-school children were limited. “That’s when I decided to write my own.  I wanted to develop a book which was suitable for his age with relatable images.” 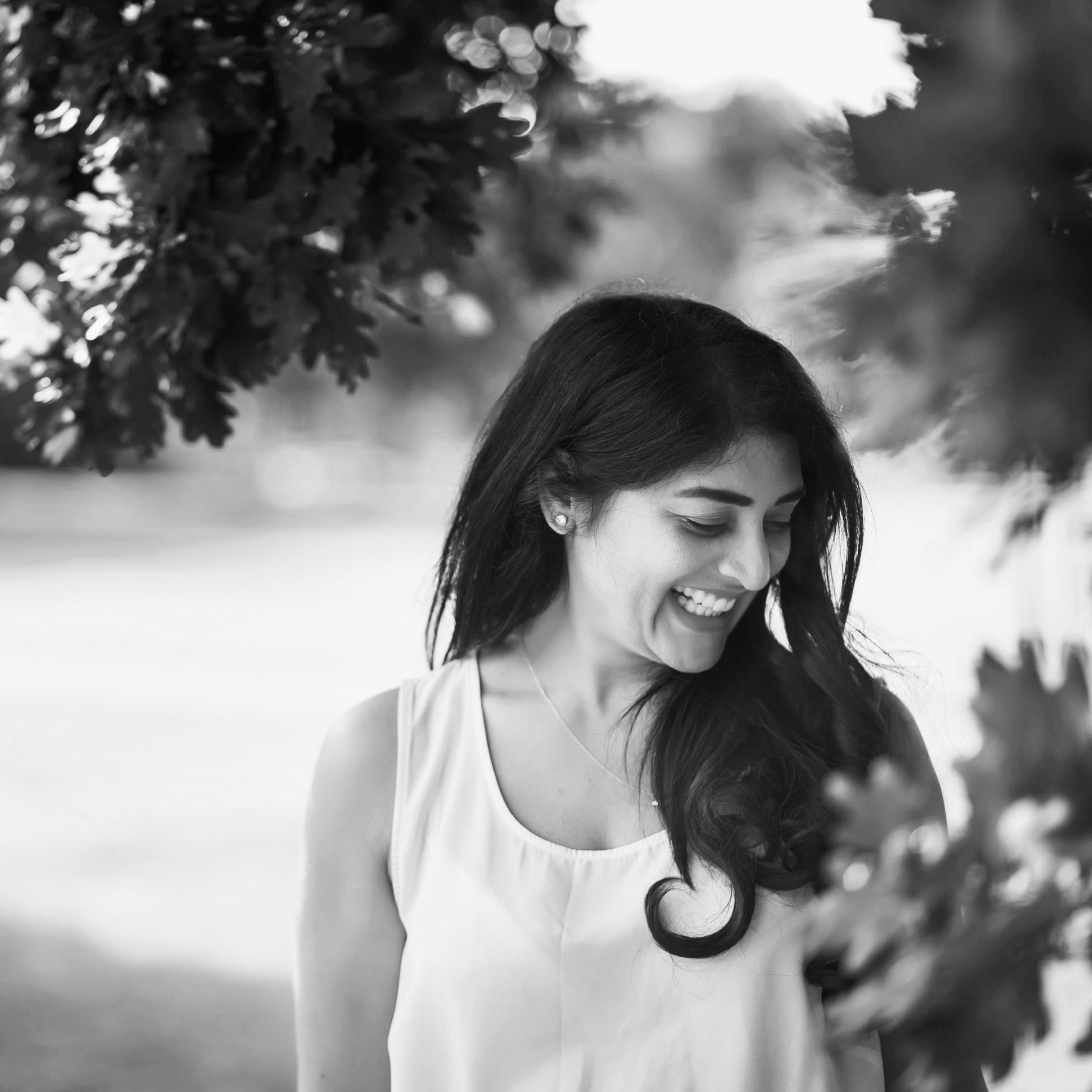 While being a mother gave her the thirst to produce the books, Sunita’s background in speech and language therapy armed her with the essential ingredients to write for children. She is the National Advisor for the Royal College of Speech and Language Therapy and delivers training to the NHS and educational and private establishments on supporting bilingual children.

Sunita set herself to researching and wrote her first book about the elephant-headed Ganesh which she released in 2015. Using the power of social media, she advertised for an illustrator, and was introduced to James Ballance who worked in a special needs school with children with severe difficulties. It was a divine connection, and eighteen books later, James continues to work his magic with The Jai Jais.

“We tried to find a publisher but with many publishers you have to secure support from an agent. The book was new and had minimal proven sales so we had a waterfall of ‘not for us’ from agents.” Eventually Sunita decided to get her own ISBN and self-publish the first book.

The collection has since grown to include a baby series of board books showcasing core vocabulary, nine titles in the main range, and a festival collection for children aged 4-7 years.  This year she will release the Legends collection which has been re-written with Rishi Handa for children aged 7-12 years.

“I want my books to cater for all ages, and all developmental levels” says Sunita. “Having been a practising speech and language therapist for over 20 years, I’ve used the knowledge of children’s language developmental norms milestones to create this series.” 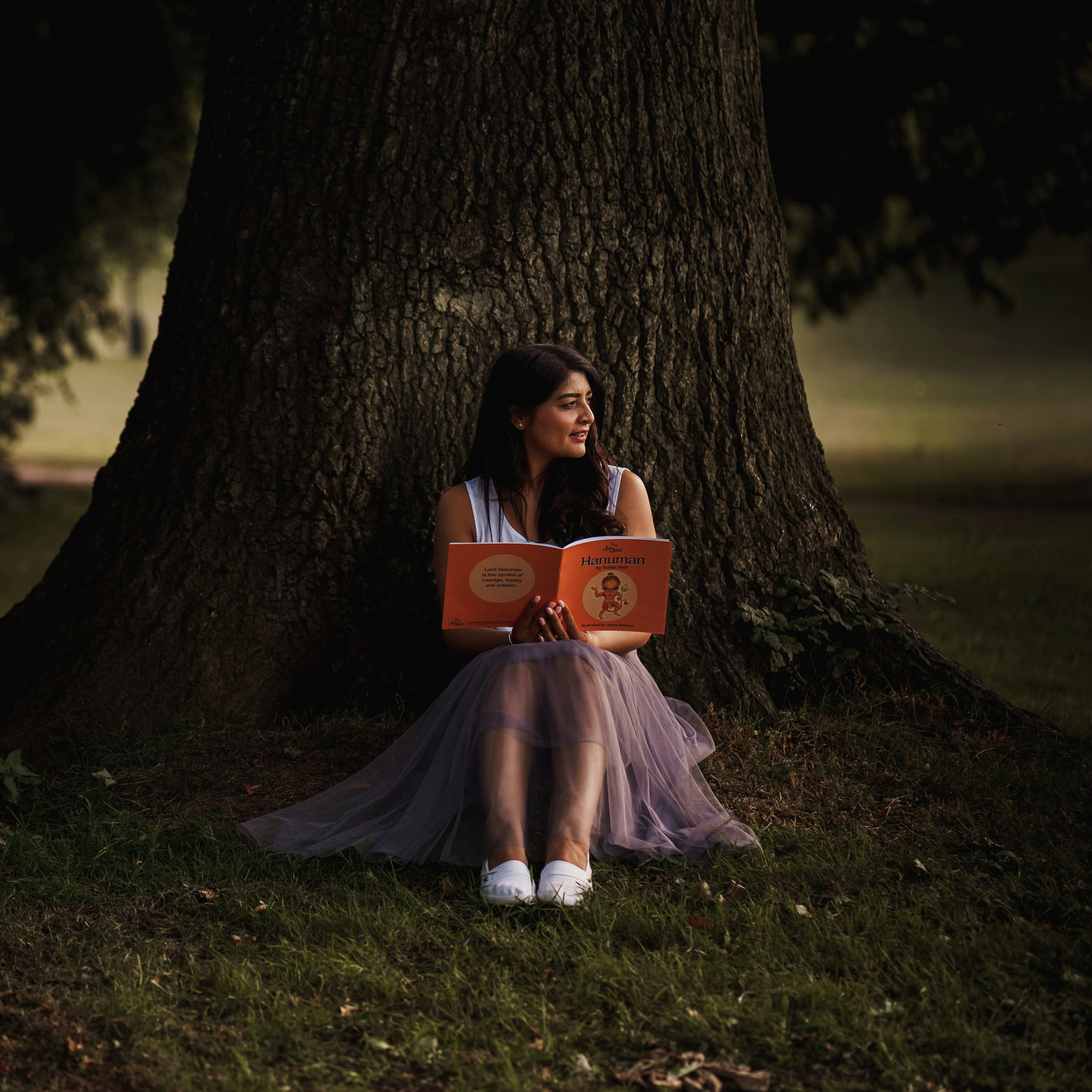 The Jai Jais are particularly suitable for children with special educational needs. The images are bight, colourful and engaging for children with visual impairment or auditory processing difficulties. “Even if the child may not be at a good sentences level of comprehension, the pictures engage their imagination and level to discuss the pictures so they can gain knowledge at their level of functioning,” she says.

The books have been well received across the generations. “A special moment was seeing my 100-year-old grandfather sitting with my three-year-old son reading and talking about the characters in the books.  It was precious to see how grandparents can be so involved and have a common focus with their grandchildren.”

The Jai Jais has become a valuable game changer for educational establishments, especially when teaching Hindusim and Indian culture. Sunita says she loves to see children from different backgrounds being attracted to the characters and learning facts about the Hindu gods and goddesses.

“When my son took our first Diwali book in to school, the teacher told me ‘Jai Jai mania’ swept through the classroom.  The children were excited for story time and were making puppets and pictures of Hanuman and Ravana, and actually understanding why their peers celebrated Diwali.” 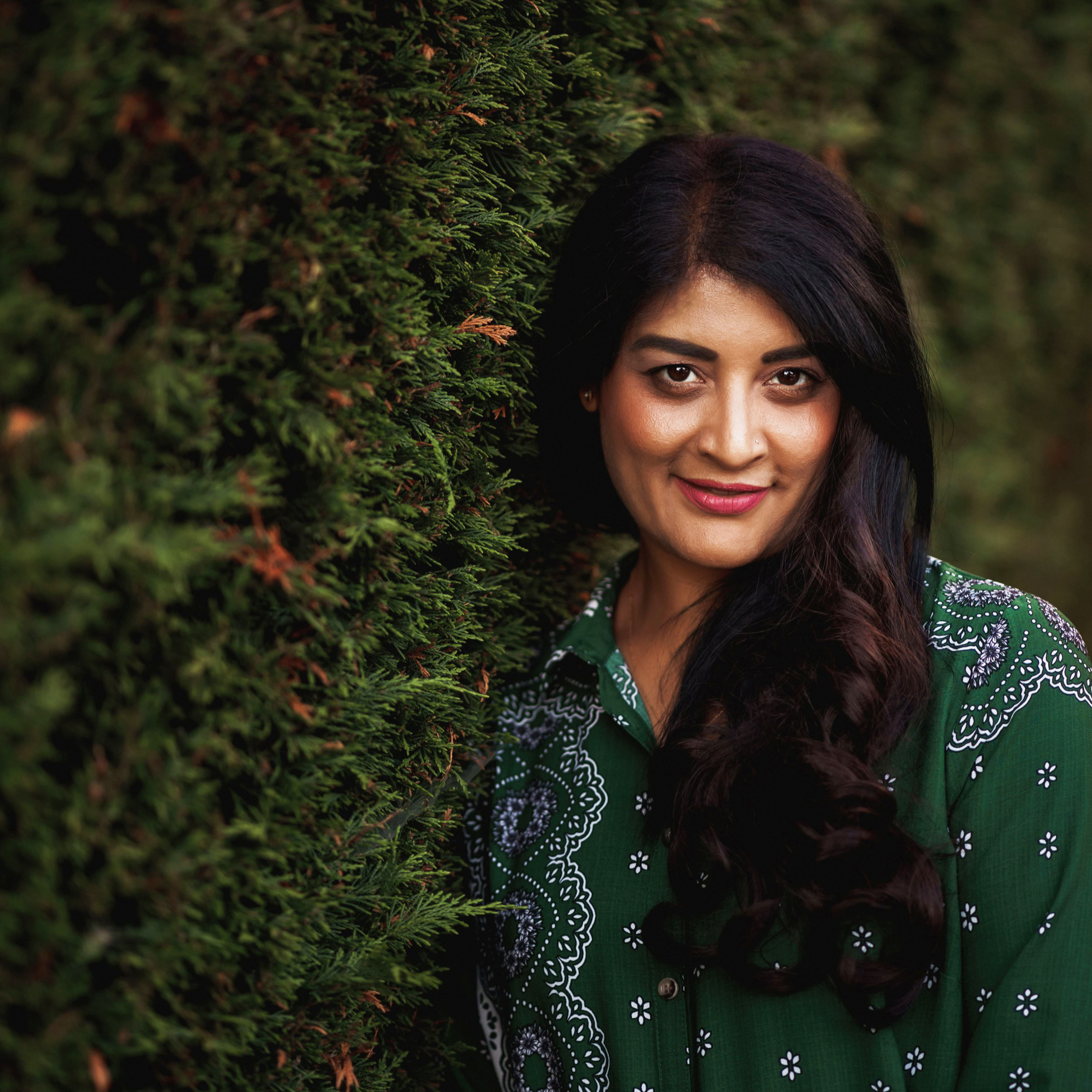 Along with the books, Sunita has created a set of yoga and mindfulness cards to support teaching staff to deliver yoga and mindfulness to pupils in schools. A new app called The Jai Jais has also been created for android and IOS which includes a downloadable book, a set of flash cards summarising the characters, and a Hindu calendar for key festivals.  As well as building the collection of books, Sunita hopes to introduce toys and other resources to the collection.

“It’s amazing how quickly the The Jai Jais brand has evolved since the first book in 2015,” says Sunita. “We have sent the books now to over 15 countries across the world, even the Cayman Islands, and India.

“More than anything it’s lovely to see how proud my sons are of their beloved Jai Jais, and how much they enjoyment they have when they seek to find more information.”

Sunita’s books can be found at thejaijais.com
Photographs by Rahul Khona