Peter Virdee: The property tycoon on a mission to give something back 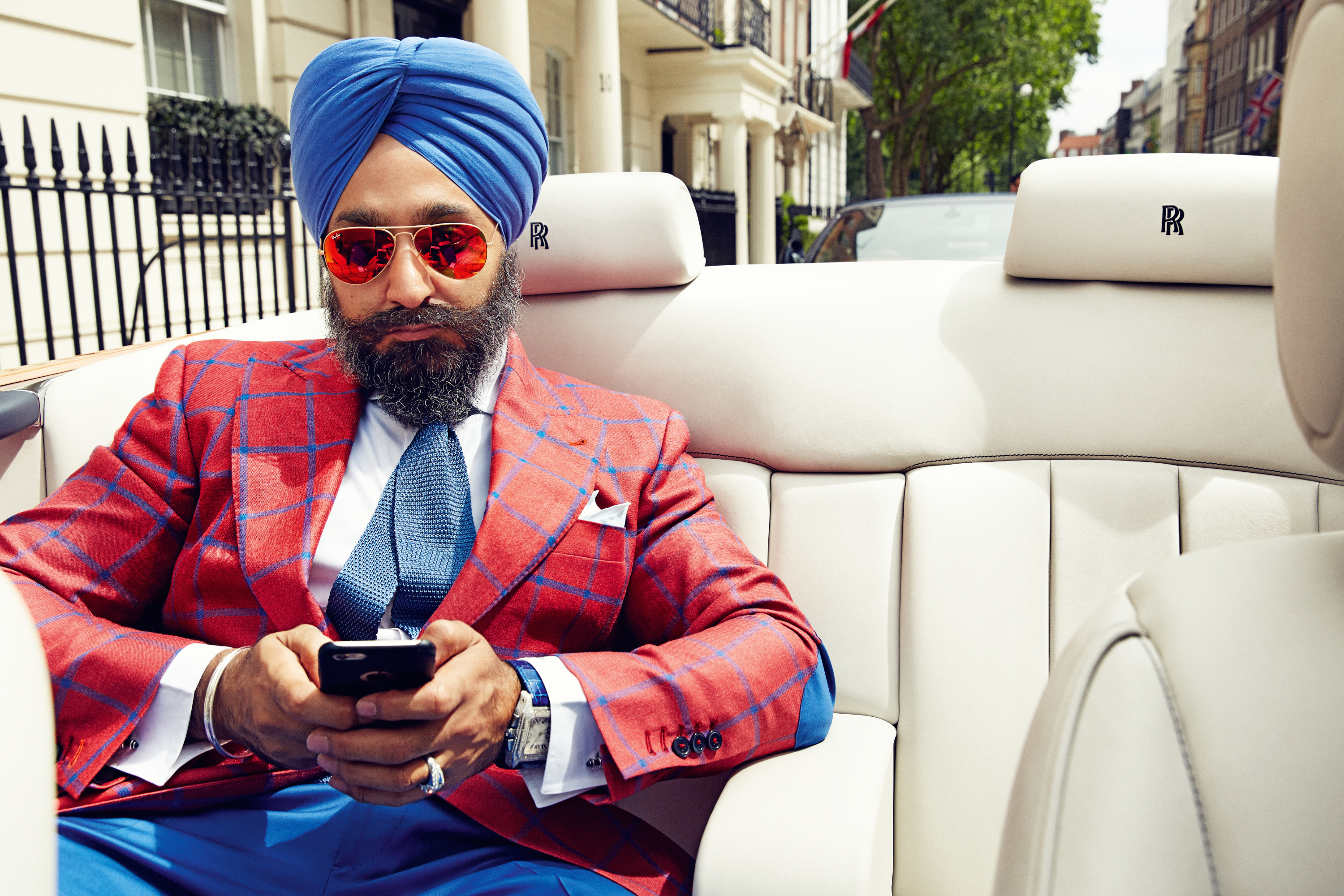 As one of the country’s most successful businessmen, Melissa Stewart discovers that there’s much more to Peter Virdee than a snappy suit. 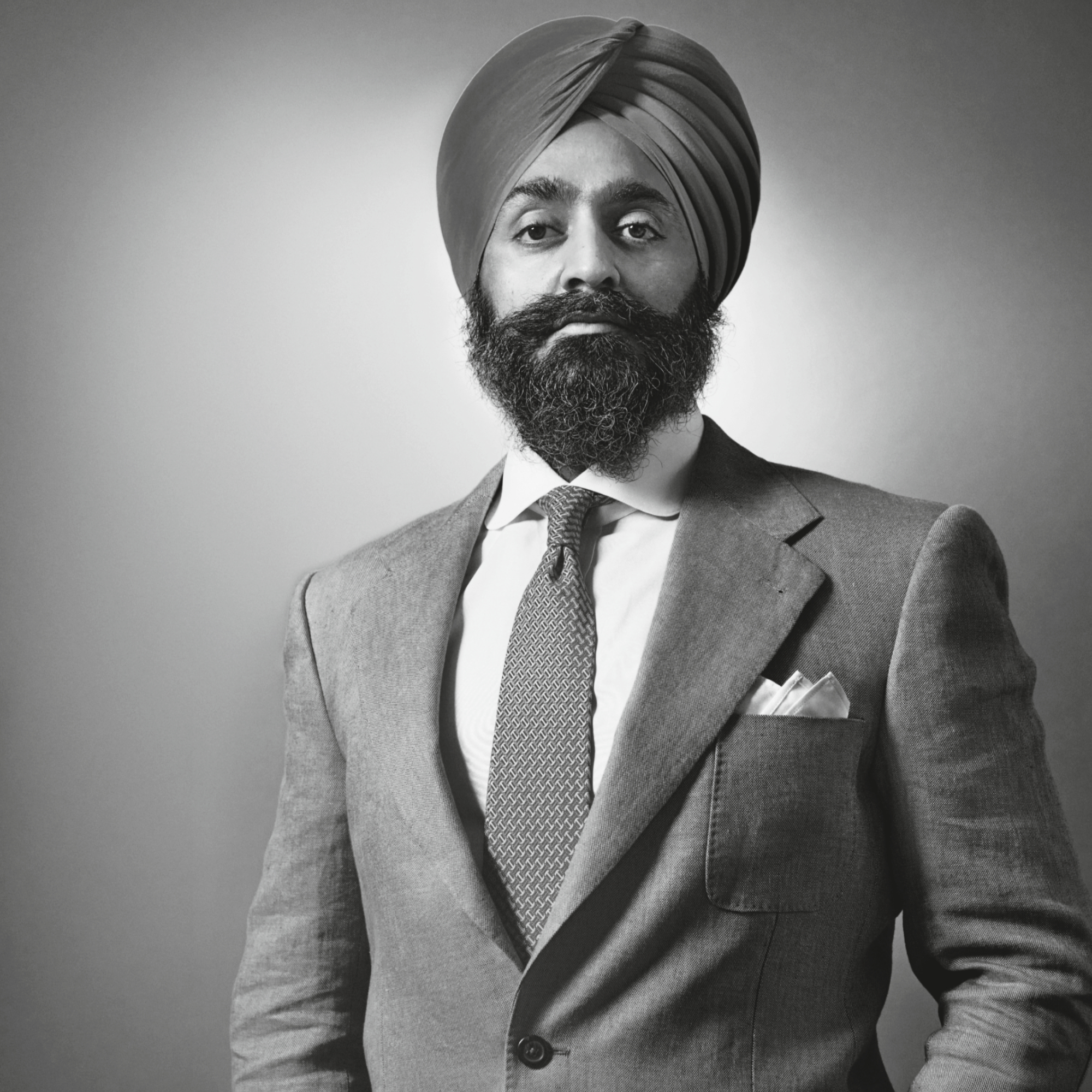 Traffic is at a standstill in the heart of Mayfair as a dapper looking man in a sky blue turban poses beside his much-coveted Rolls Royce. Drivers and passers-by whip out their smartphones eager to get a snap. They might not know who this sophisticated gentleman is, but they do know that he’s someone.

Step forward Peter Virdee – one of the UK’s most successful businessmen. A founding partner of B&S Property, a global development company with £4bn assets under management. He’s also seriously connected, having rubbed shoulders with the Queen, chatted with David Cameron, and even dined with Al Pacino. He’s worth millions, not that he mentions money. He’s far too discreet.

And this is the great irony about Peter Virdee. On the outside, given his flamboyant attire and flashy cars, you could be forgiven for thinking that he’s an egotistical maniac, but in fact the opposite is quite true. In person, he is humble and down-to-earth, with a huge passion for philanthropy and safeguarding the future of Britain’s young people. Indeed, far from being driven by ego, he puts his success down to God. So where does his entrepreneurial streak come from and how did fate guide him to where he is now? 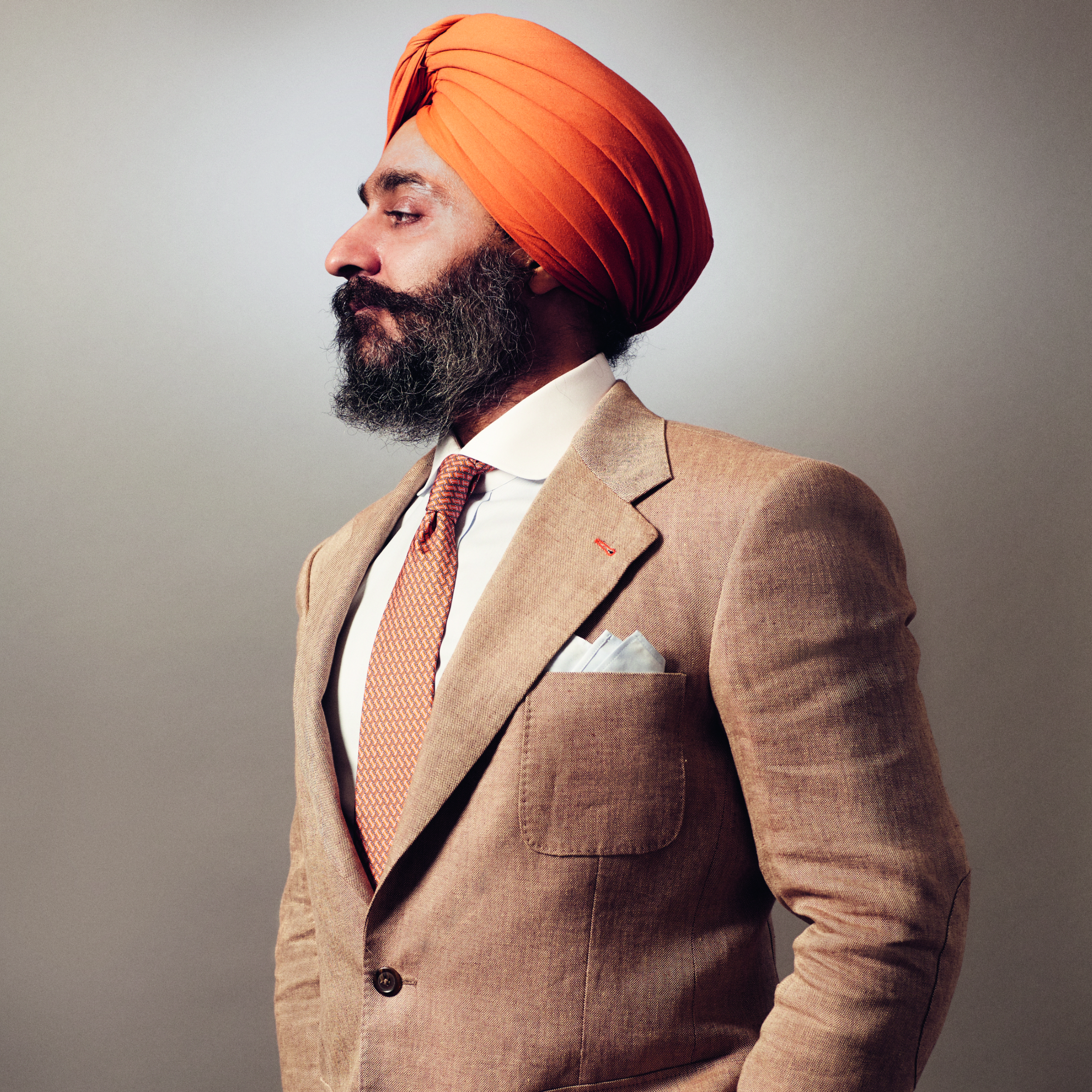 Rewind to the early 80s and Peter was just another kid living in inner city Birmingham with no idea what to do in life. His parents met in the UK, both originally from India. “Life was tough when we were young,” recalls Peter. “We come from a very humble background. Racism was rife in Birmingham and I was rebellious. I wasn’t at the top of my class and did not have any particular career direction to pursue.”

After working as a trainee pharmacist and then a brief stint importing and trading ladies silk clothing from India, Peter went on to join the family business. “By  the time I was in my late teens, my parents had successfully built up a business in residential care homes. I was sent to Lancashire to build up that region,” says Peter. It proved to be a good learning curve: a chance to leave Birmingham and spread his entrepreneurial wings.

Having proved himself at business, Peter’s father offered him a role in the family’s joint venture property development company in London, called B&S Property. The rest, as they say, is history. Together, with a team of committed partners, Peter built up the company from the ground up, and today they’re responsible for developing and managing a global portfolio of properties.

In recent years, Peter has expanded into other areas including commodities trading, insurance and renewable energy – all businesses that link back to his core interest, property. He says: “I think it’s important we control our carbon footprint, especially for the future generations. We’re really damaging the ozone layer. I chose to invest in solar power because Mother Nature has given it to us and we can capitalise on it. Wherever there’s daylight there’s energy. I’ve invested in projects all over the world.” 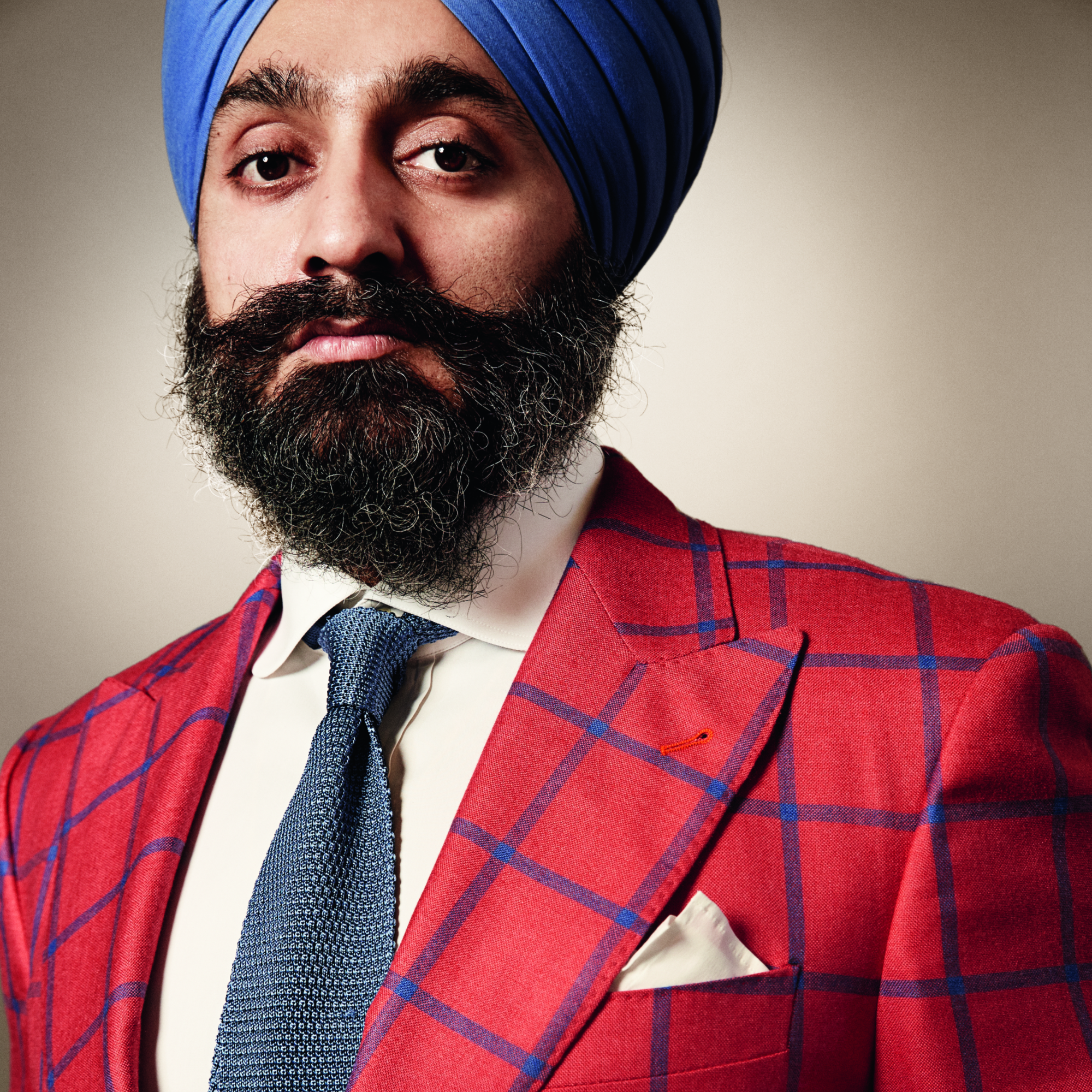 Committed to his faith

When quizzed on what drives his will to succeed, Peter is unequivocal: “My faith drives me forward. I was born a Sikh and we’re a warrior race. We never give up. If people tell me I can’t do something I want to prove them wrong. When I was younger I knew that the 9-5 working lifestyle didn’t suit me. It didn’t stimulate me just to have a job. I wanted something more and that’s what drove me to set up my own business. I completely believe it was God’s will for me to do this.”

Talking to Peter it’s clear he’s altruistic – always saying “we” rather than “I” when talking about his achievements. Quizzing him on this he says: “I prefer to say ‘we’ because I haven’t achieved any of this myself. It’s about teamwork, my staff, partners, and of course, the role that God plays in guiding me. Otherwise you get caught up in the ‘me, me and myself’ and it becomes about ego.”

He fully admits however that this hasn’t always been the case: “Maybe if you did this interview 20 years ago I’d be saying ‘I did this’, ‘I did that’, as time goes on you experience life and realise there’s a bigger picture.” 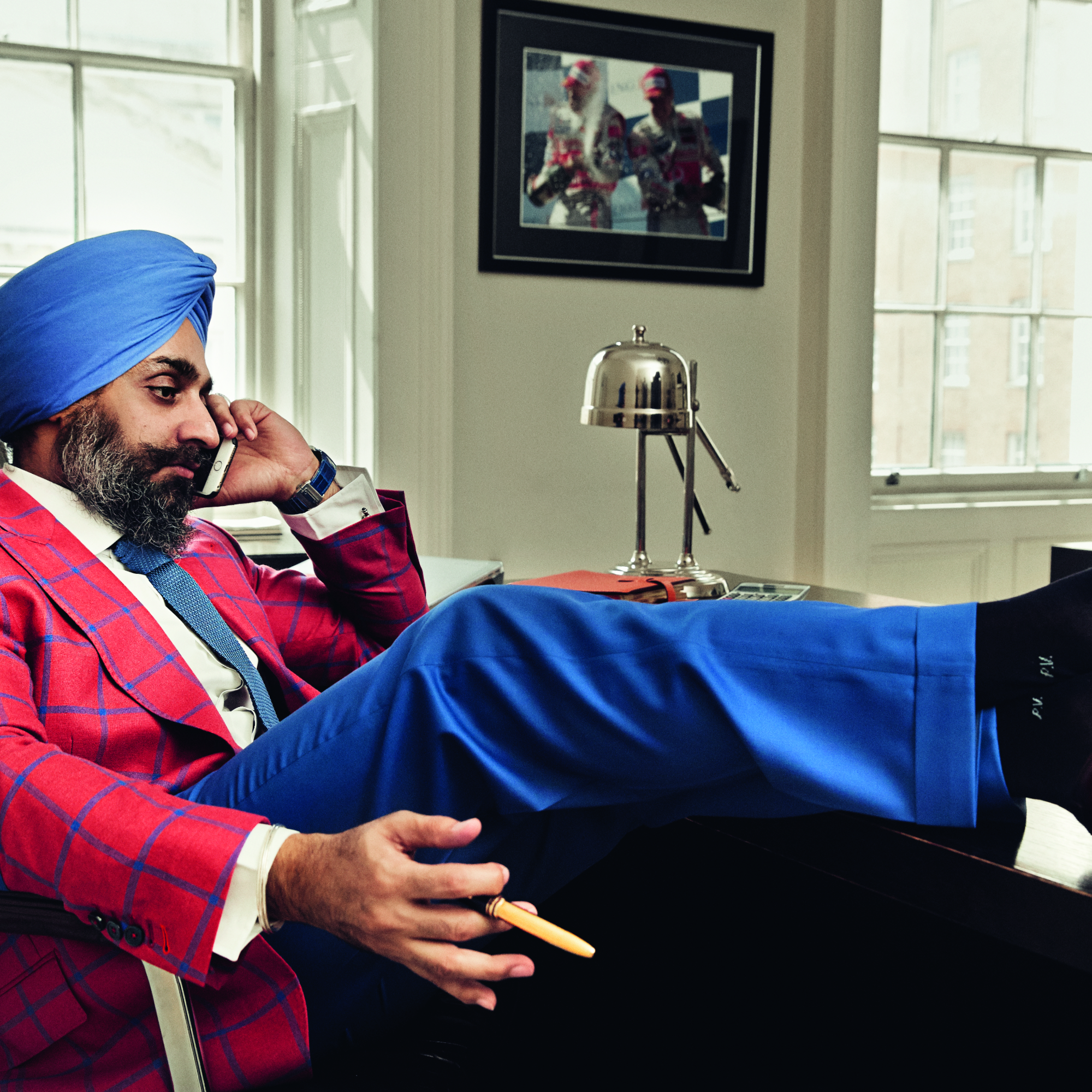 That bigger picture is what’s inspired Peter to commit a chunk of his time, and a considerable amount of money, into setting up The Virdee Foundation (thevirdeefoundation.com). The Foundation works in conjunction with a wide variety of charities but its core aim is to help women and children who have or who are in danger of suffering mental, physical or sexual abuse. Asked why he chose to focus on this particular area, Peter says: “I support the charities and organisations that deal with taboo subjects that other people don’t want to touch. When you open that can of worms a lot of powerful people come out the woodwork and get exposed, and a lot of people don’t want to get involved. I want to support those causes.”

Another issue Peter focuses on, particularly in Britain, is helping young people to realise their potential – particularly in inner-city areas. “Britain is an amazing country to live in. I’m so lucky to have been born here but a lot of young people aren’t given the opportunities. They don’t believe they can achieve anything. We have to support them and help give them a roadmap for their futures. It’s something I’m completely passionate about.” In this spirit, Peter personally took to the streets of Birmingham with footballer Emile Heskey to distribute food to the homeless in support of the Midland Langar Seva Society (MLSS).

Peter’s Foundation also took up the service of restoring The Central Gurudwara, London, making it the most environmentally friendly Gurudwaras in the World. In 2017, The Virdee Foundation partnered with Children in Crisis to build The Virdee School in Bibangwa, Congo, currently educating 165 children. 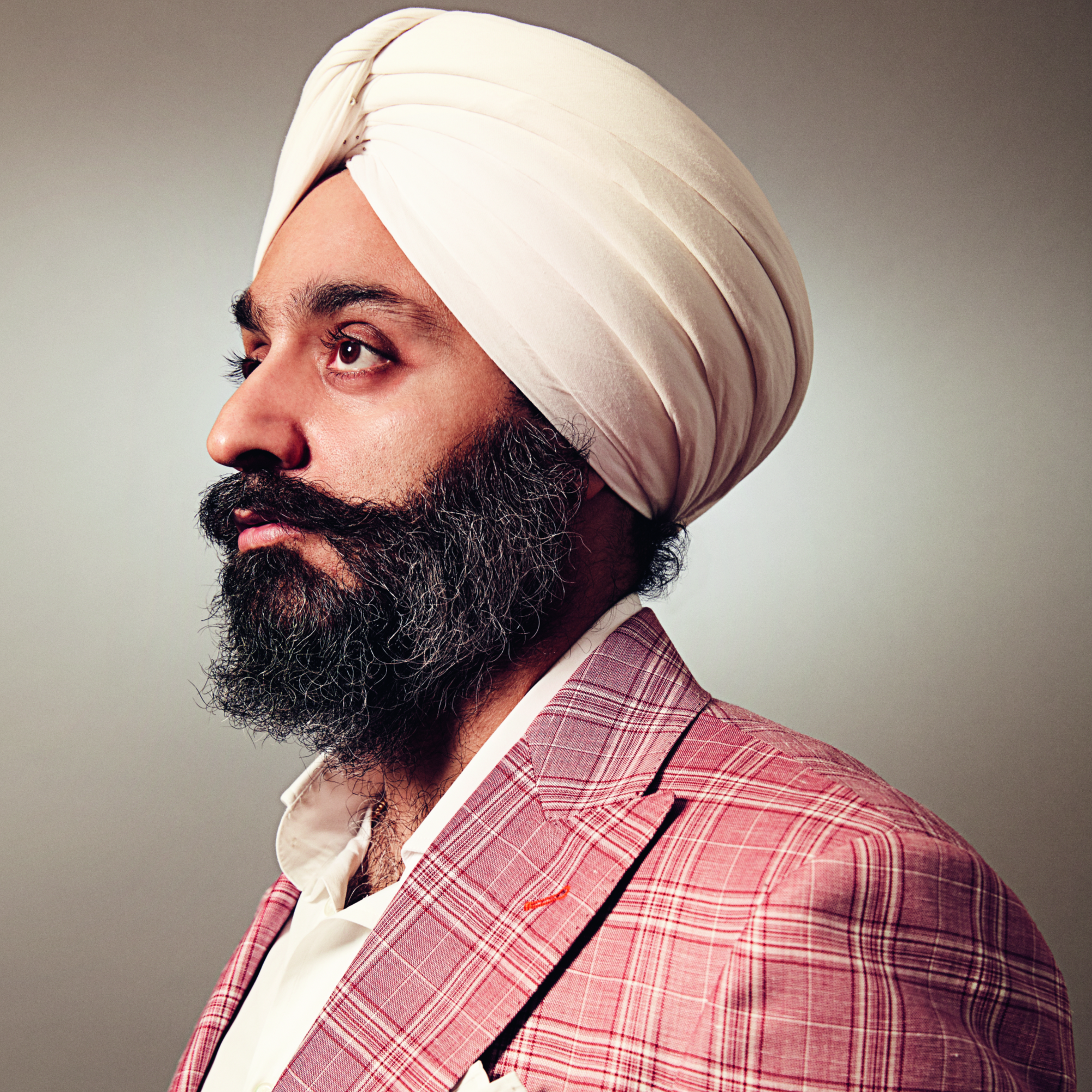 With so much work and philanthropic commitments, it’s hard to believe that Peter has time for anything else. Yet, it’s clear from our conversation that his family is the beat that keeps his heart ticking. He talks fondly of his wife and two young sons, who live with him in London, not to mention the love he has for his parents and siblings. “I’ve got a lovely family and they’re a big part of what I do,” he says. “They’re a pillar; the supporting part. They’re always there for me, and that’s a blessing to have.”

So how does he manage to keep his children’s feet on the ground, when it’s clear that their father is a very successful man? “I try not to spoil my children but if you have the money and you can afford it then why deprive yourself or your children? You work hard so you should treat yourself. You only have one life and this is not a rehearsal. Make the most of it. Enjoy it. Yes, it’s difficult to have that balance, but as long as my kids have good values then that’s the main thing.”

One of Peter’s biggest extravagances is shopping. Indeed, anyone who has ever met him will know that he takes a huge pride in his personal appearance and is never without his turban. “Ever since I was a kid I liked to express myself through my clothes,” he says. “My turban is my crown and I don’t leave home without it – unless I go to the gym. I believe first impressions are last impressions. It’s important to wear what makes you feel good.” 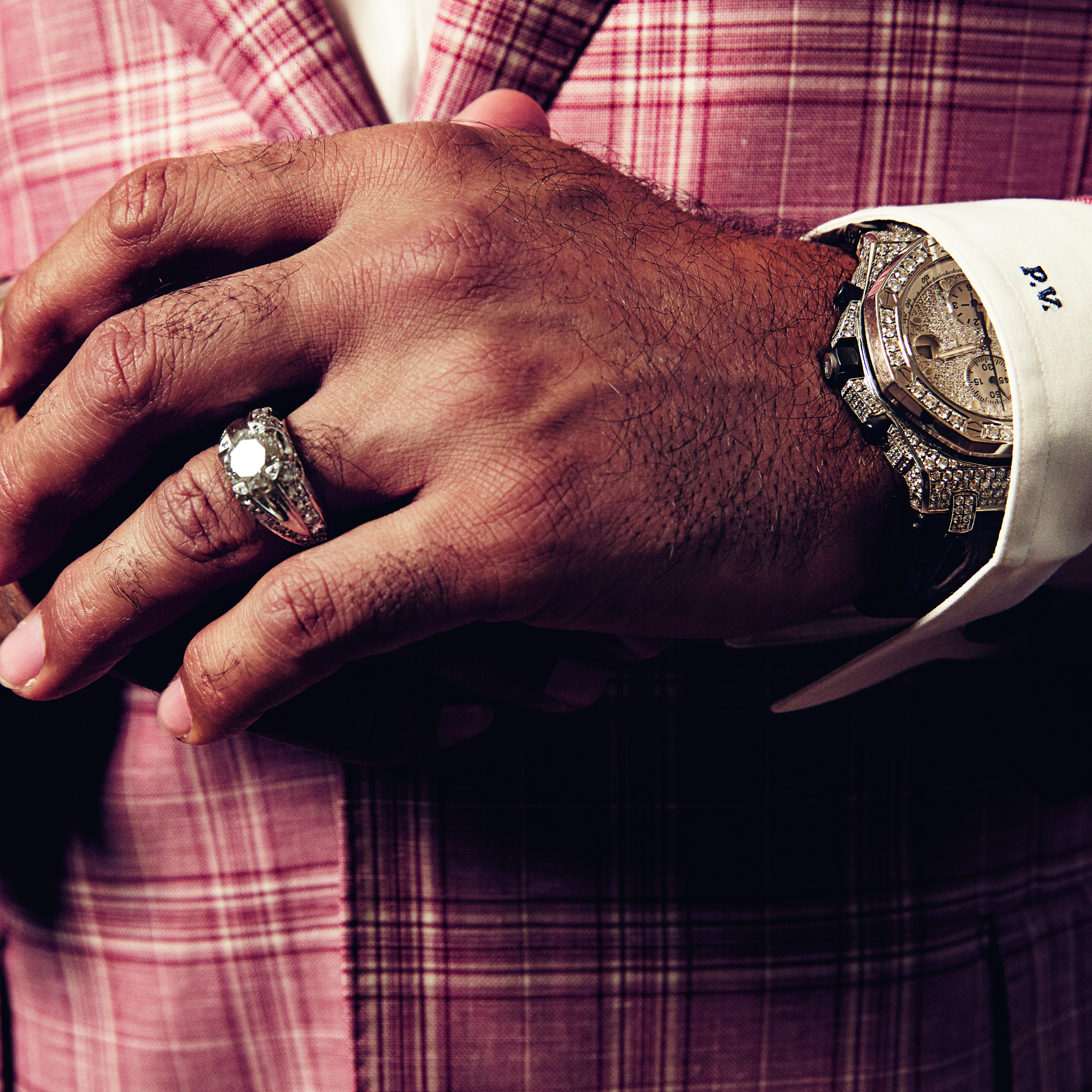 Peter is also a speed lover and owns a handful of luxury cars. “Any person who can afford it should indulge and treat themselves to what makes them happy. I enjoy my cars, private jets, a nice boat – but only if I can afford them. If I can’t, I will sell them.”

It doesn’t appear that Peter will be selling off anything any time soon, and despite a dip in fortunes during the 2008 recession, his business is very much back on track. “My plan is to focus on the businesses I have and ramp up what we’re doing. I’m 42 and have no plans to retire early. My ambition is to carry on and spend more time doing my philanthropy work. This gives me a sense of existence. It’s my duty to give something back.”

Find the Virdee Foundation at thevirdeefoundation.com