Mo Chaudry: From ‘Secret Millionaire’ to building the Waterworld empire 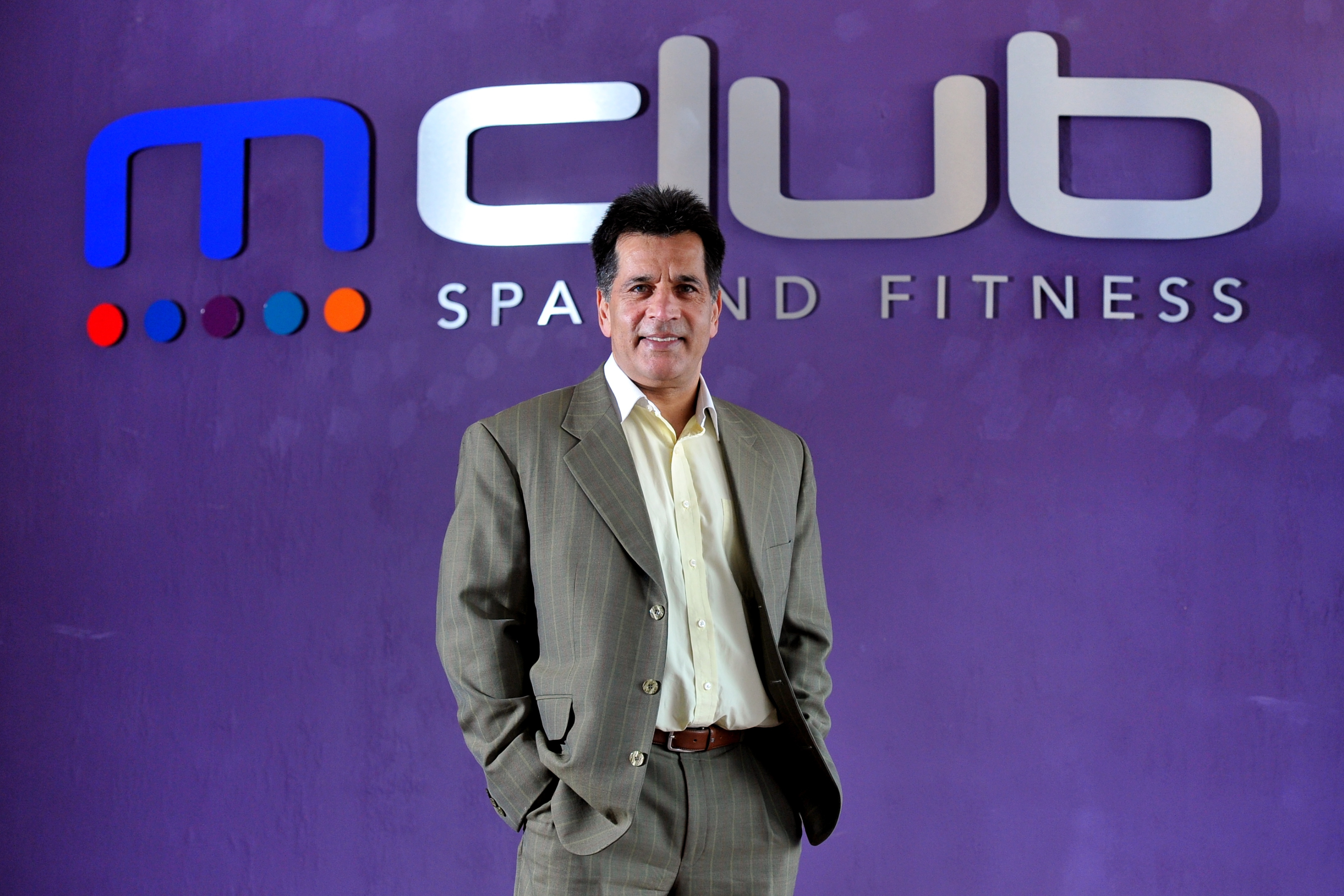 Known for appearing on Channel Four’s Secret Millionaire, Mo Chaudry has built a multi-million pound empire from his interests in health and fitness. AWM’s Nima Suchak speaks to the Staffordshire based entrepreneur about building his empire and the growth of his flagship Waterworld. 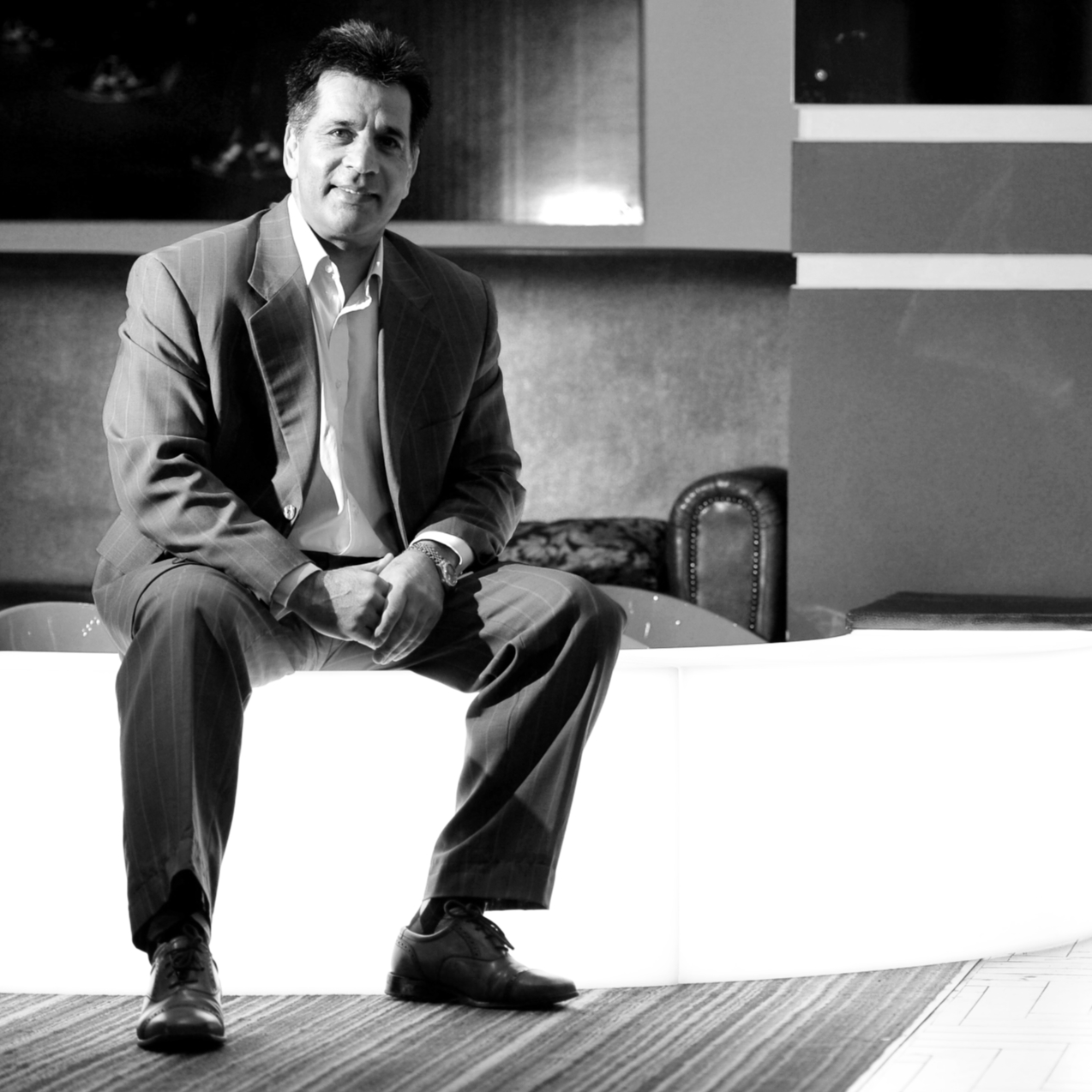 The atmosphere seems almost tropical as the echoey sound of gushing water, high pitched shrieks and giggles fill the air. It’s half term and families have converged on Waterworld in North Staffordshire, who, like me, want to check out the £12 million-plus expansion to the resort.

But rather than dip my toes in, or brave one of the adrenaline-pumping new rides, I’m here to speak with the man behind it all. Mo Chaudry has masterminded the growth of his flagship Waterworld since 1999, when he took over the previously loss-making operation from Rank Leisure Plc and turned it into a thriving and profitable business. Waterworld is now the longest running and most successful water park in the UK.

Mo marked Waterworld’s 30th anniversary with the biggest expansion in the site’s history including four new rides – the tallest of their kind in the UK – which will soon be followed by a new 75,000sq/ft themed mini indoor golf attraction, indoor adventure soft play, a premium fitness club and spa.

With his considerable interests in the health and fitness, leisure and tourism sectors and property, Mo, 59, known for appearing on Channel Four’s Secret Millionaire, is worth more than £120 million.

“I take great pride in what we have and what we’ve done over the past few years,” he says, looking out towards the brand new ‘Tornado Alley’ rides which have already triggered a sharp rise in visitor numbers. “The sort of person that I am, I take care and nurture my businesses.” 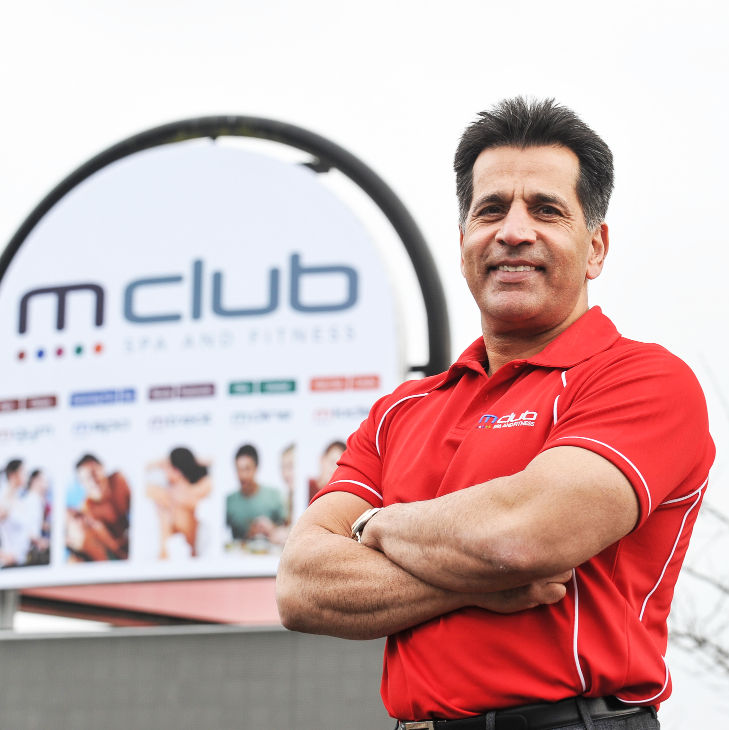 As well as Waterworld, Mo owns and operates a number of leisure businesses. His M Club Spa & Fitness Clubs are highly successful, and his recently acquired indoor golf brand Adventure Golf, is expanding across the UK.

Mo is a controlling shareholder in Pulse Global Group, which currently employs 600 people. One of the companies in the Group is Pulse Fitness, which designs, manufactures and installs fitness equipment and exports gym equipment all over the world. It also operates 30 fitness clubs and soccer centres in the UK. He tells me he is currently finalising a deal with the largest Indian gym manufacturer who want to sell under “licence” the Pulse Fitness cardio range in which actor Salman Khan has a controlling interest.

Mo arrived in the UK when he was nine-years-old, unable to speak a word of English. “Like a lot of British Asians who grew up here in the 70s, I’ve had a challenging life,” he says.

“My dad was a budding businessman but unfortunately didn’t make it. When I first started school, I was the only Asian kid and was picked on relentlessly, then at high school the bullying got physical.”

But Mo soon learnt to stand his ground. Hailing from a ‘Palwharn’ or ‘strongman’ family in Pakistan, he exudes a sense of pride and bravado. He tells me that it was this spirit which helped him stand up to bullies.

As a teenager, though he managed to secure a place at grammar school, Mo failed most of his exams due to lack of application. His father had also lost his business by this time and had taken on a job at a factory and Mo and his brother joined him. It was while sweeping the factory floor that Mo decided he wasn’t going to settle for menial work for the rest of his life.

“It really changed my life. It was a light bulb moment. I decided that I needed to take my education more seriously and have a go at making something of myself.” 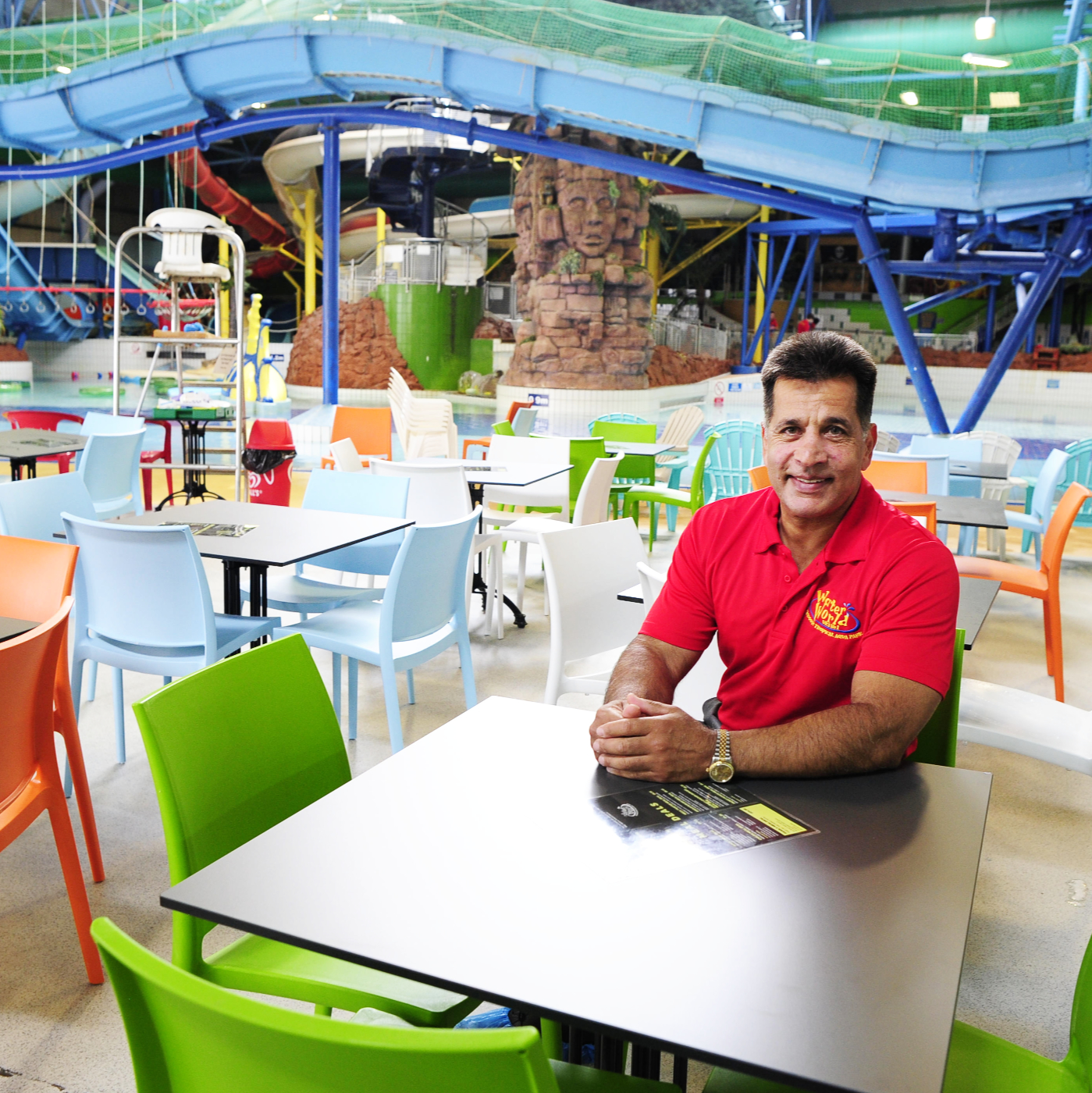 After resitting and completing his exams, he went on to gain a sports degree at Staffordshire University. Mo was working on nightclub doors when he met his wife, Ann. “I remember telling her I was going to make a fortune for us. Deep down I wanted to make a big name for myself. I had a hunger for it. The school failure had triggered an extraordinary response.”

By the time he was 30, Mo had made his first million as a financial adviser and property investor, but sports and leisure was his calling.

“I realised that in order to feel fulfilled I have to do what I love” says Mo. “I’ve been following my passion ever since, and that’s been the story of my life,” he laughs. “I love the fact that I can make decisions, go with my instinct, enjoy what I do and have an adventure.

Talking of adventure, Mo has been involved in a number of expeditions over the years, so you could say adventure is part of his DNA. Following in the footsteps of Lawrence of Arabia, Mo rode 400 miles over five days on a mountain bike through the Jordanian dessert, climbed Kilimanjaro and is one of only 150 to have rowed 450 nautical miles from London to Paris over six days.

Mo is inspired by young hopefuls who also demonstrate this will to achieve. He has supported Eddie Hall to achieve the title as the world’s strongest man. “I met Eddie at one of my fitness clubs, and found out more about him, his career, and what he wanted to do,” says Mo.

“I told Eddie, let’s have an adventure, let me help you change your life. My dad was a strong man but never had the opportunities, so together we decided to make history. Three years later Eddie became the world’s strongest man and the only human to lift half a tonne off the ground, rubbing shoulders with the likes of Arnold Schwarzenegger and Sylvester Stallone.

Appropriately, it was Eddie who came back – followed by a reality TV crew – to officially open the new Tornado Alley rides at Waterworld.

In the same spirit, Mo is also now sponsoring Paralympic rower Ian Marsden to hopefully win Gold in Tokyo 2020, and has supported Staffordshire movie maker Rachel Shenton for her screenplay debut Silent Child which went on to win an Oscar. 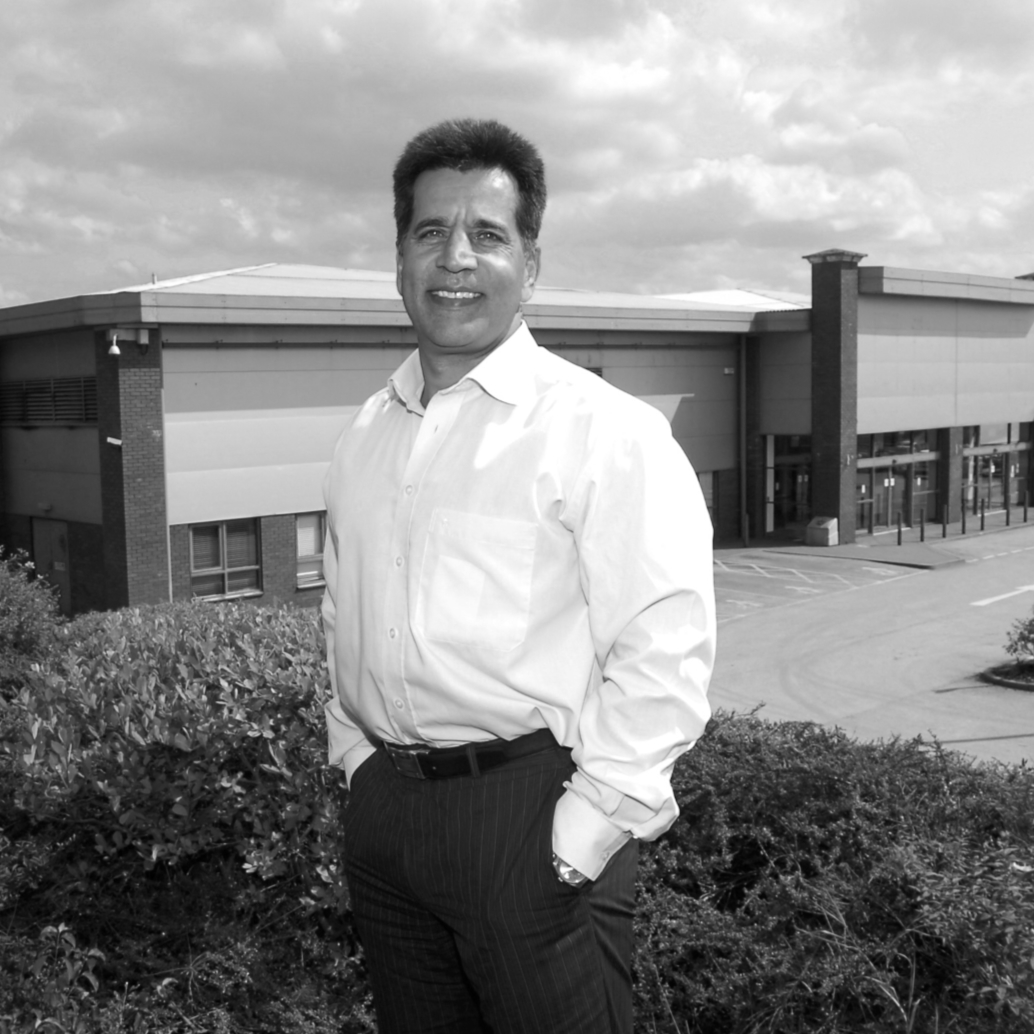 He is also sharing his experiences and motivational story by delivering talks to the next generation of entrepreneurs at industry awards events, schools and colleges.

“It’s easy to be a victim all your life, but if you change the word ‘victim’ into ‘victor’ you unleash positive energy that can take you all the way to the top,” he says.

“I talk about this magic ‘power of three’. Extraordinary motivation—what do you really enjoy? What motivates you and it start perpetuating. Then you’ll take chances and see it as the opportunity to win. Of course, there will be setbacks, but it’s how you deal with that setback that is important and you dust yourself down and then you try again but never give up. Those three ingredients are unbeatable because of the persistency and tenacity that you bring to the equation.”

Mo speaks with an intriguing sense of rebellion, and passion. He is known to stand up for others who may not have the same resource or position. “I’m nobody’s clone and don’t suck up to anybody,” he says. “I don’t shake hands and nod for the camera. I am a man of principle, and those principles carry me through.”

Mo is known to have challenged the BNP when they had eight Councillors in Stoke-on-Trent at the time and exposed their racist constitution. Again, when the English Defence League (EDL) stirred up a PR storm over an event at Waterworld, Mo stood up for his principles, continued with the event and persuaded the EDL to withdraw their negative propaganda.

“A lot of people my age might be taking a step back to relax,” he chuckles, “but I’m more ambitious than I’ve ever been.  If I had a masterplan, I would know what was on the horizon, but I’ve been winging it all my life. I like to think that I write my own scripts!

“When you take your chances and follow your instinct you’ll find that more often than not you’ll get it right. For anyone entrepreneurial, the spirit never dies. It’s never about the money, but it’s about winning.”