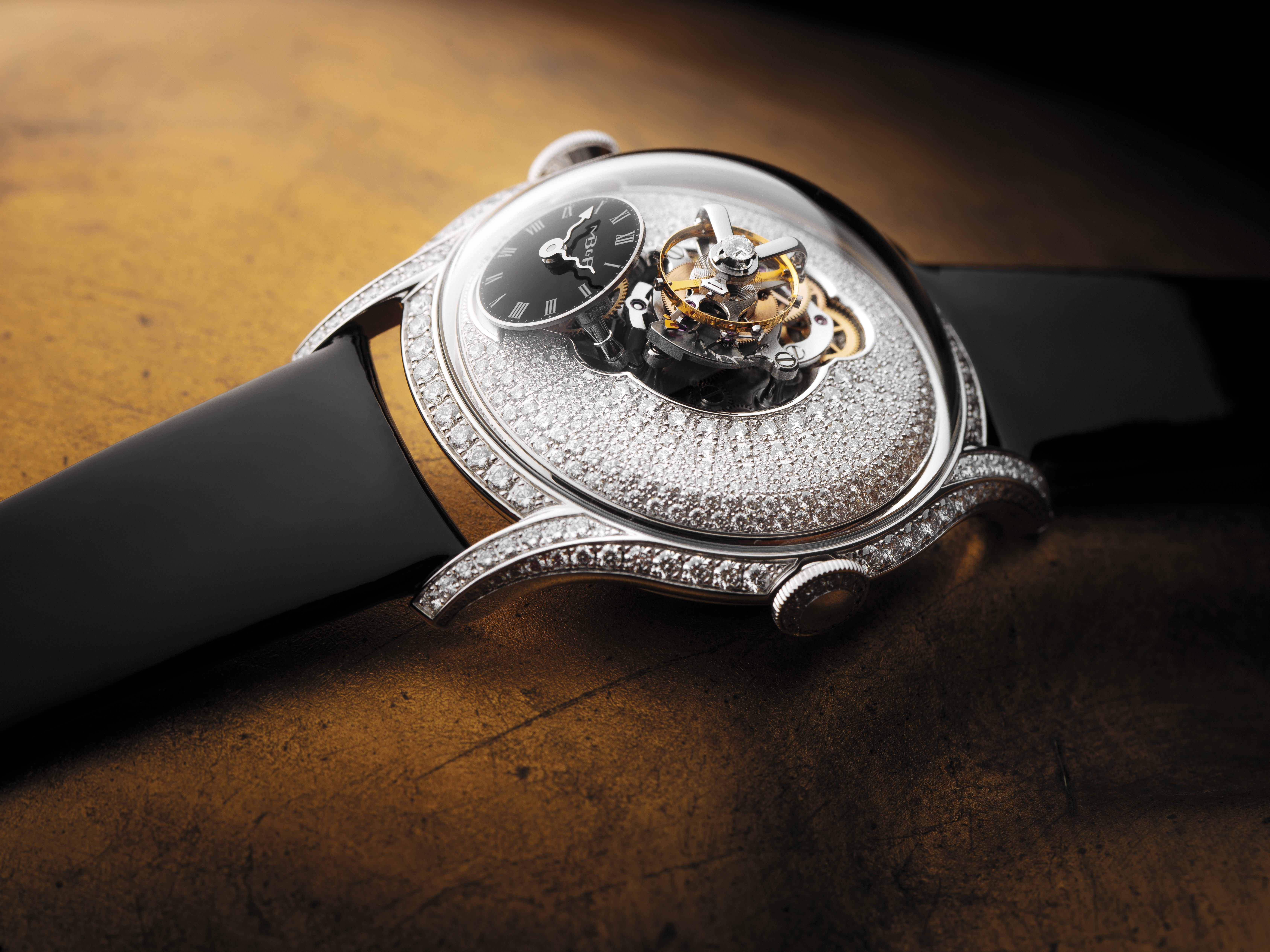 There’s much more beyond the surface of MB&F’s first watch for women. AWM explores what inspired the independent brand’s founder to create his most exciting timepiece, yet. 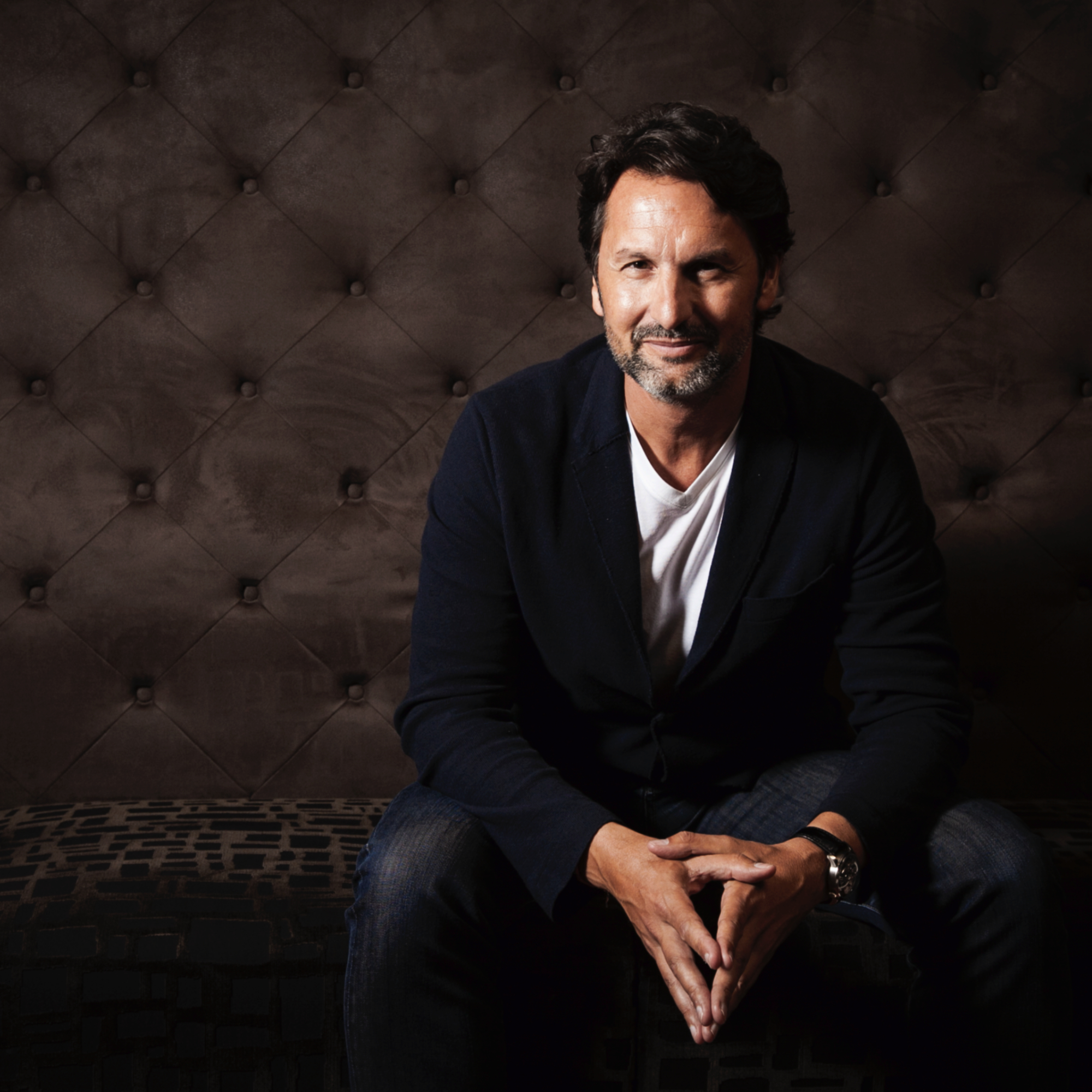 Maximilian Büsser is reputed for creating timepieces only he needed to believe in. But after 14 years of creating fiercely unconventional timepieces, Büsser has now designed a piece for the women in his life.

The Legacy Machine FlyingT is MB&F’s first piece dedicated to women. The creation is a fitting tribute to his family, made up exclusively of women: his mother, his wife and his two daughters. 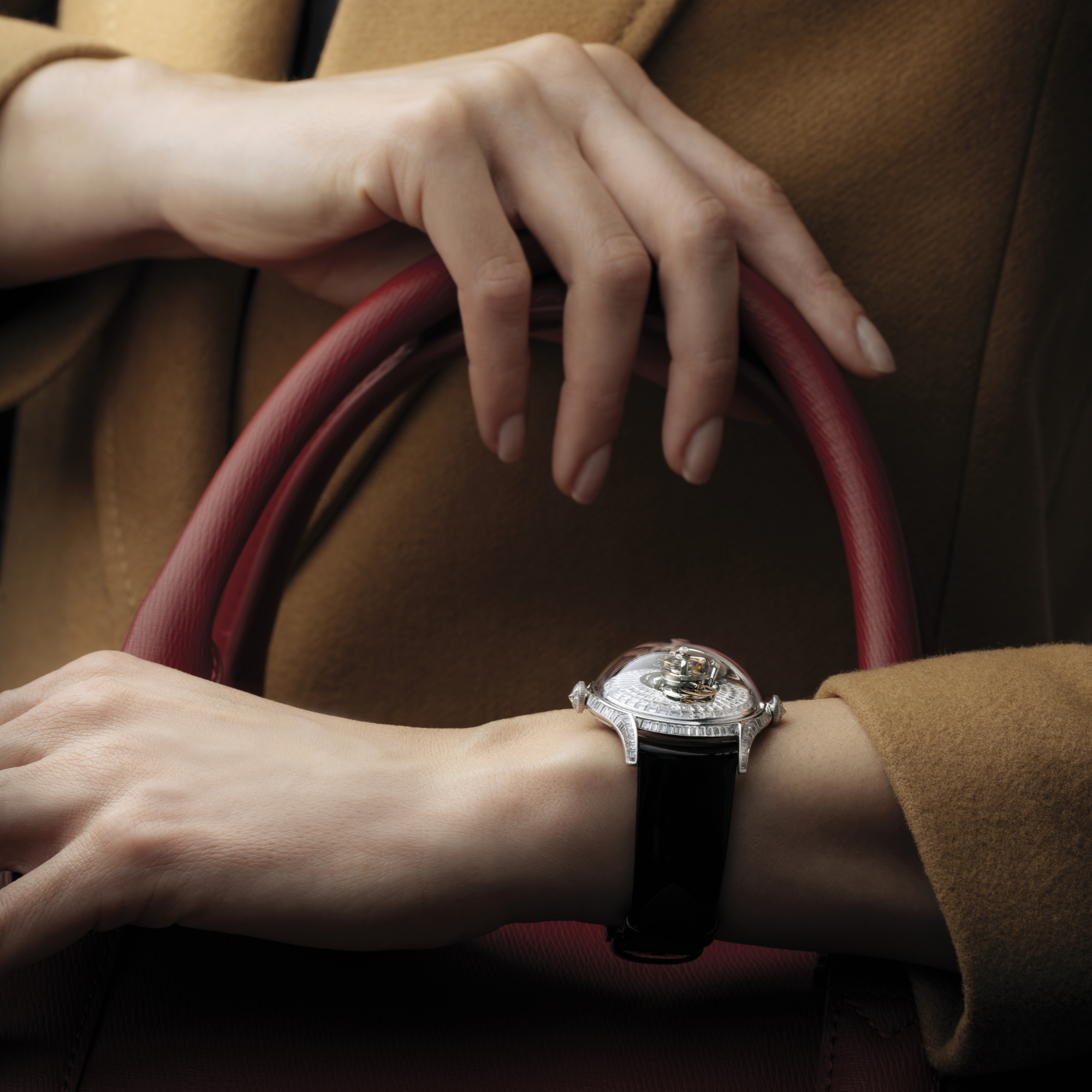 “There came a desire to create something for the women in my family,” says Büsser. “I’ve been surrounded by their influence all my life, so I gave myself the challenge to do something for them.”

Büsser admits that he had no idea what a woman wants, and rather than try to put himself in her shoes, he honed in on what he loves in the women of his life – energy and elegance. 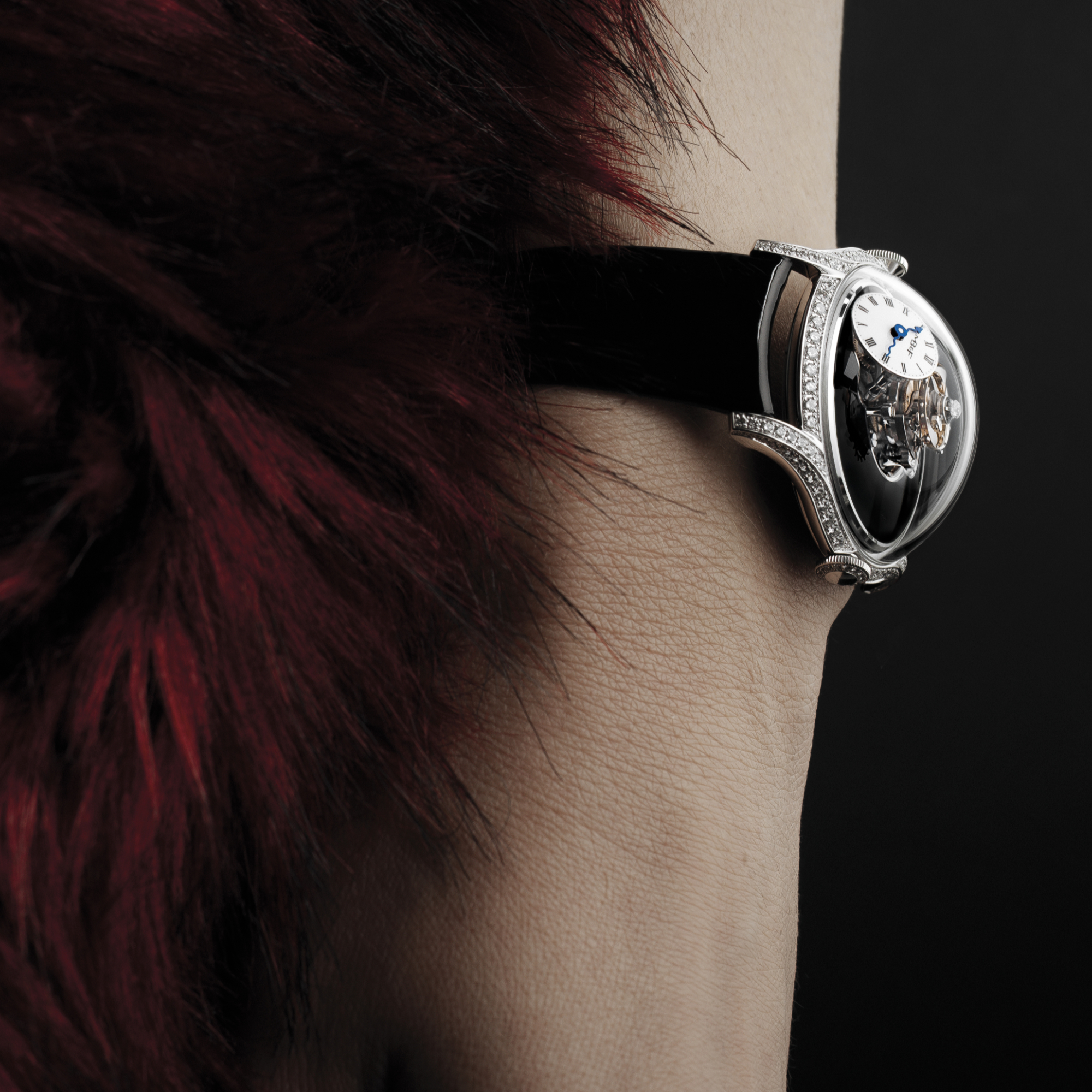 Staying true to MB&F style, Legacy Machine FlyingT is a three-dimensional mechanical sculpture. It gets its name from a 60-second flying tourbillon under a high-domed sapphire crystal and towering above a central pillar, which symbolises energy.

At 7 o’clock and at 50 degrees, a delicate sub-dial with serpentine hands offers the time, but only to the wearer. The message is that whoever the owners and wearers of Legacy Machine FlyingT may be, their time belongs only to them. 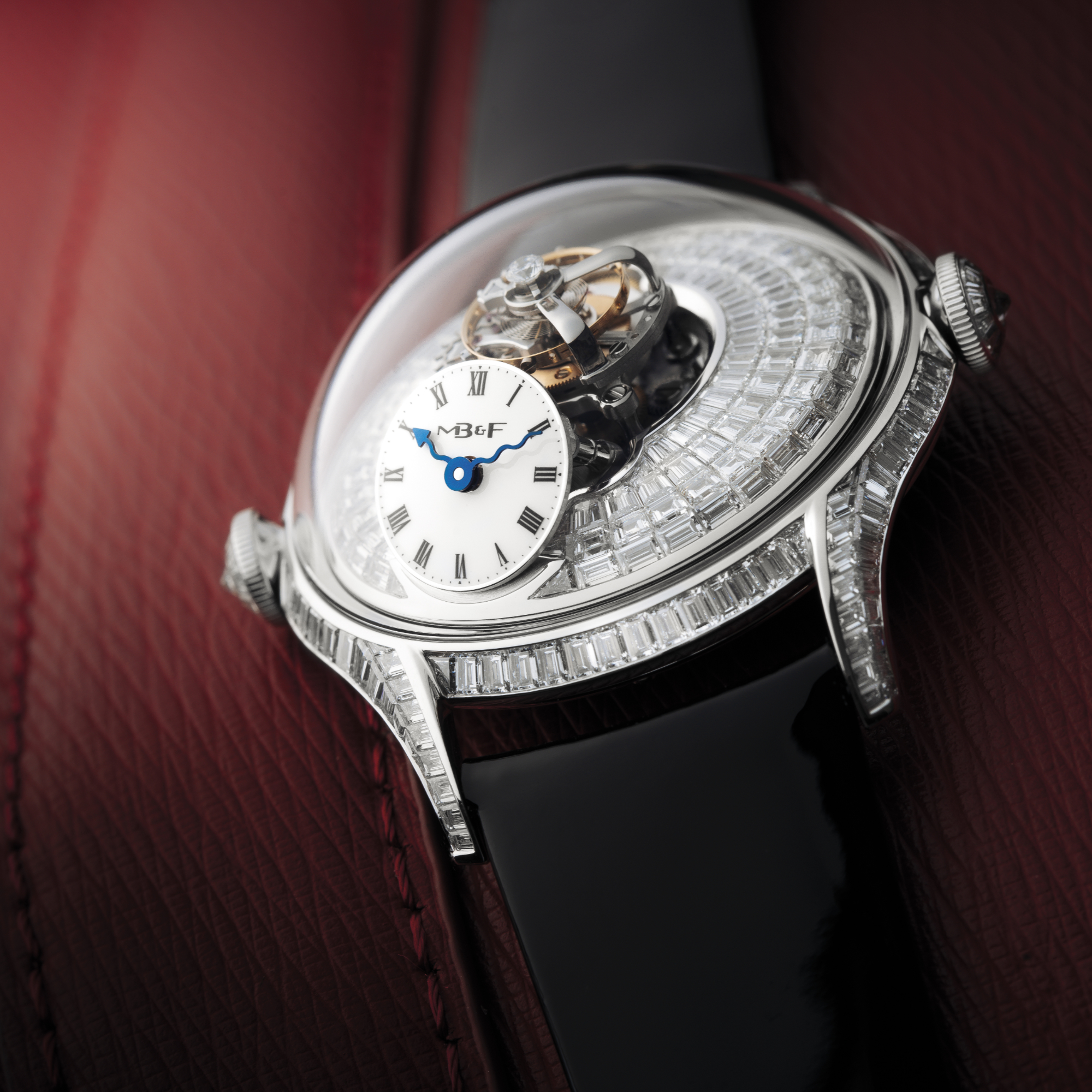 Underneath the slender 18K white gold case, the energy source of the 280-component automatic movement: a winding rotor in the shape of a sun, offering a generous 100 hours of power reserve.

The design of Legacy Machine FlyingT is replete with associations drawn from the feminine and maternal influences in Maximilian Büsser’s life. “I wanted LM FlyingT to possess the epitome of femininity as reflected by the women in my life, particularly my mother,” he says. “It had to combine supreme elegance with tremendous vitality. The column-like structure of the flying tourbillon was very important to me as I felt very strongly that women form the pillar of humanity. At the same time, there is another layer of meaning coming in from the sun-shaped rotor, which incorporates the element of life-giving, a source of sustenance which we gravitate towards and around.” 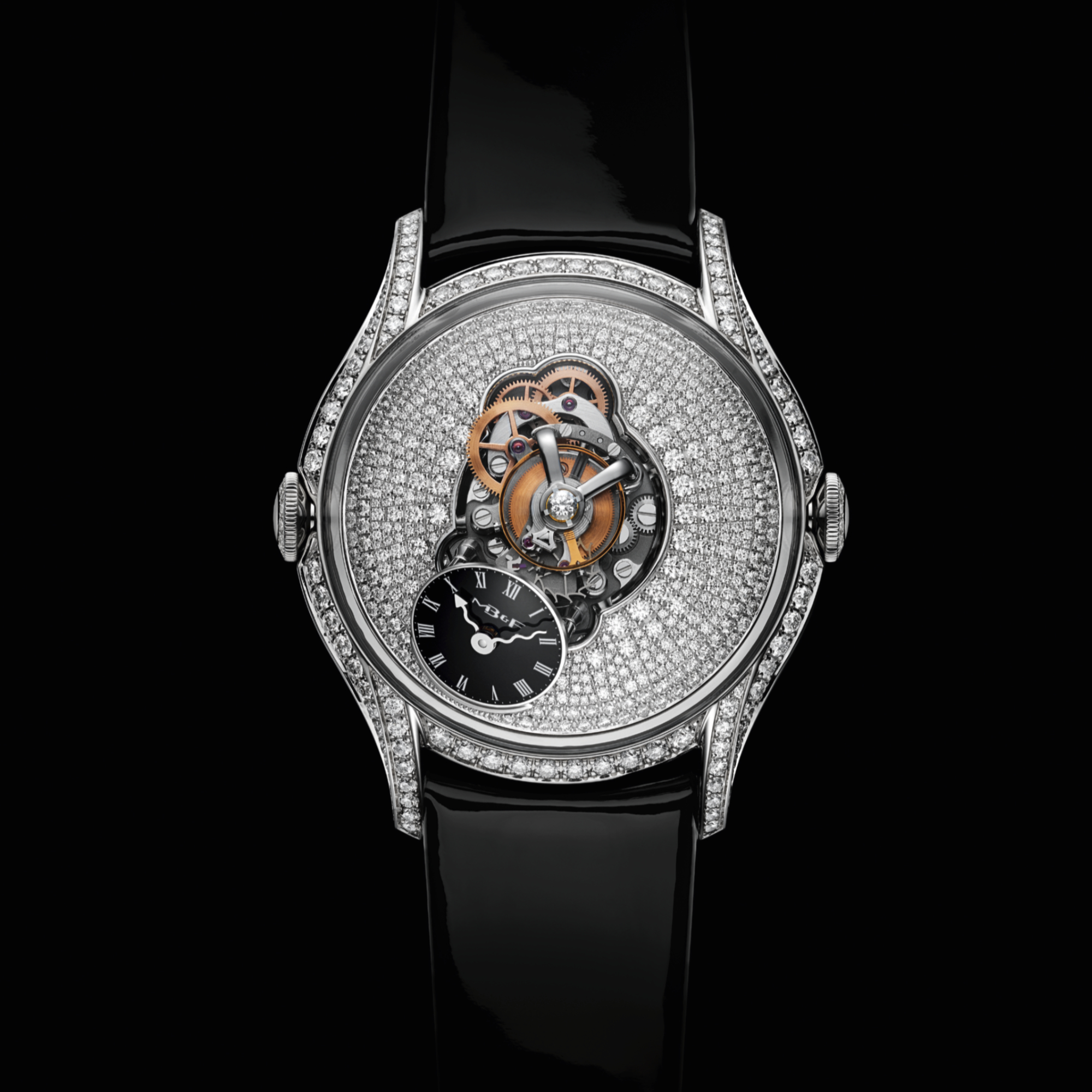 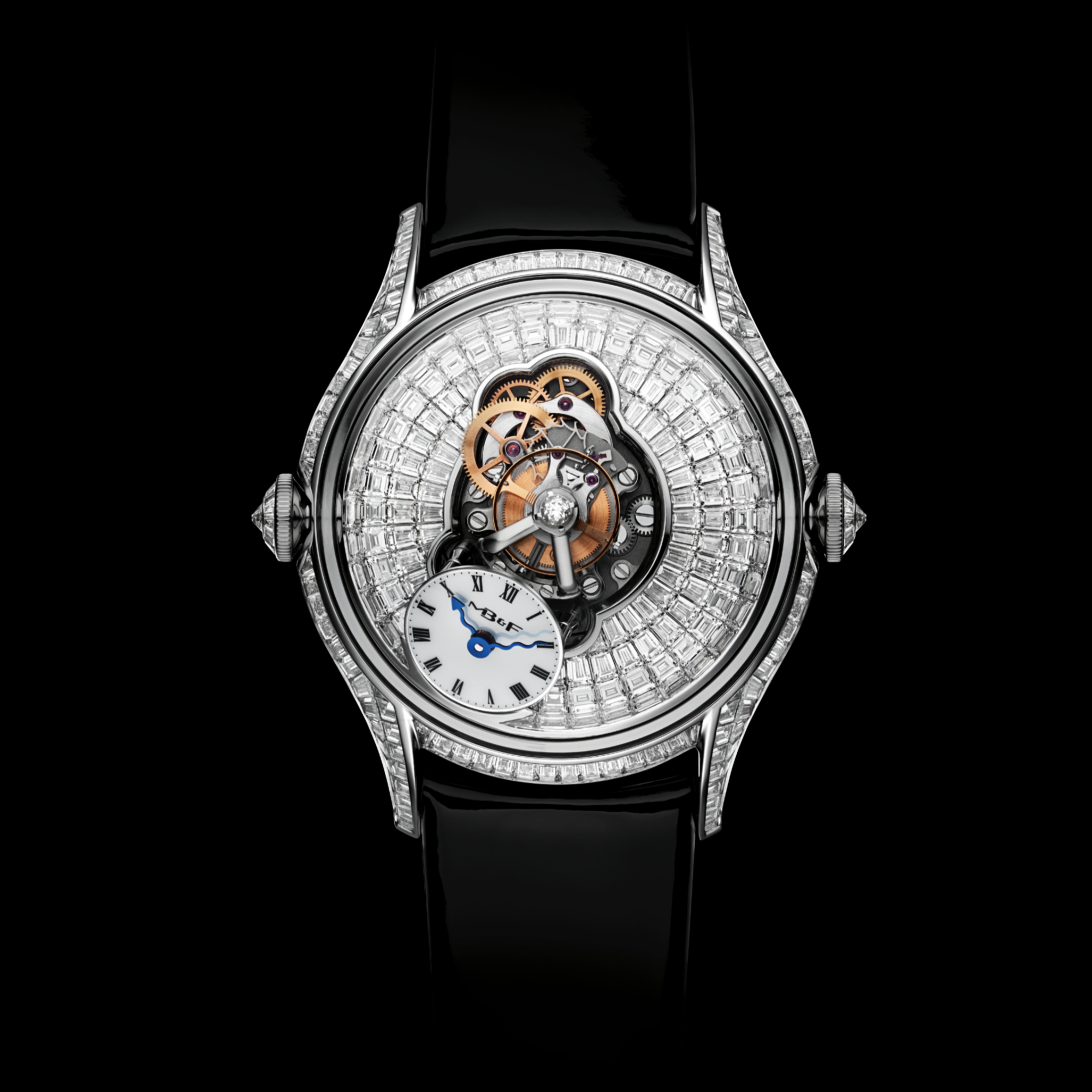 The Diamond-set case with black lacquer dial plate at EUR 100,000.