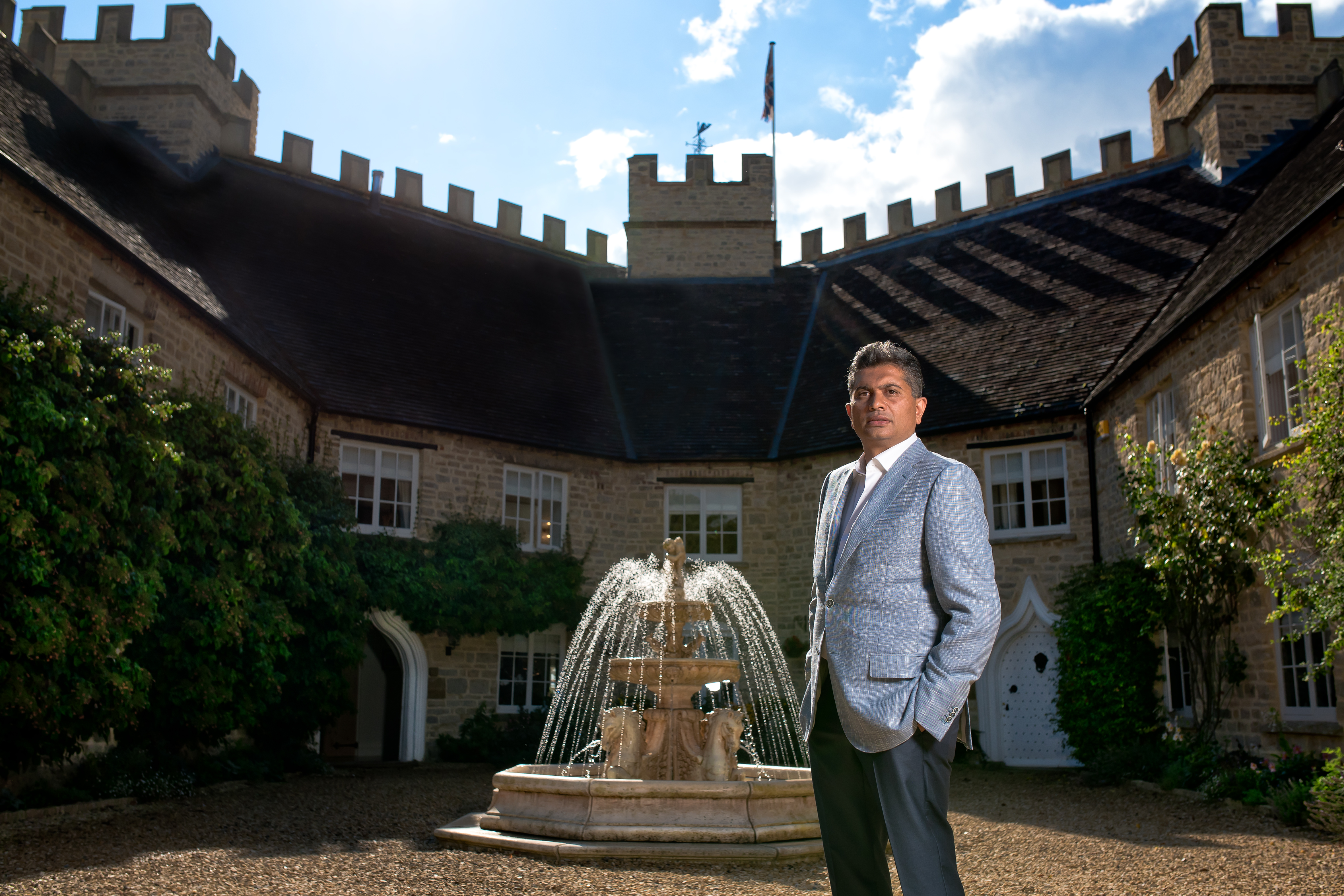 Pharmaceutical millionaire Amit Patel tells AWM about his journey from pills to profits. 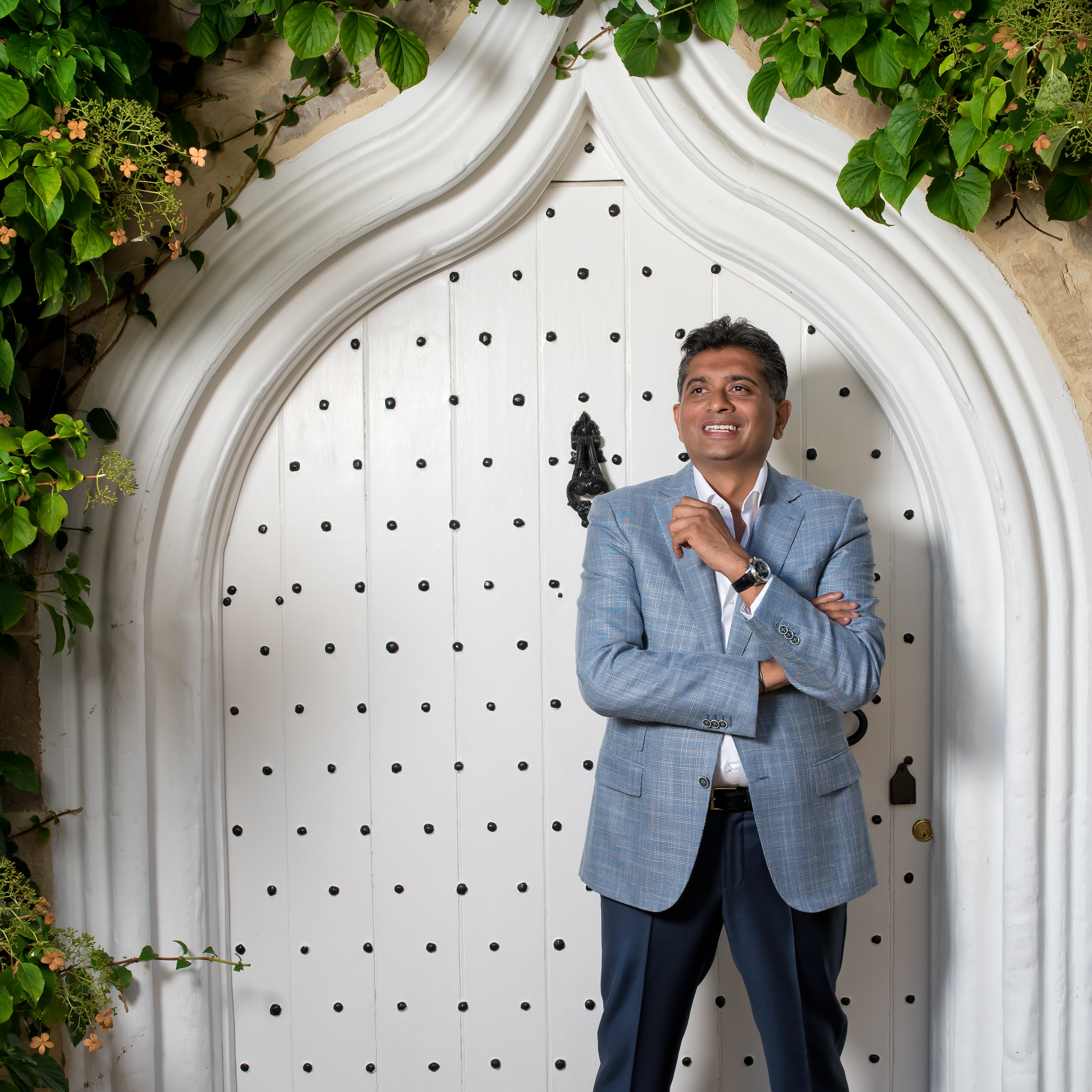 Without a pharmaceutical background and fresh out of university, London-based Amit Patel founded generic medicine business Auden McKenzie and sold the company for £306m before his 40th birthday.

Amit’s purpose was to develop a sterile injectable product, one of the hardest forms of pharmaceuticals you can make. He admits that even he didn’t know what he was getting into, or he might never have had the courage to do it.

“My father owned a pharmacy in Kensington and identified a niche market for generic versions of highly specialised medicines. Dad is a pharmacist who has a background in wholesaling and manufacturing, so almost in jest he suggested we manufacture our own products.”

With his father’s support, Amit launched the business with only £100,000 and just two people. “Ultimately we needed a facility and people with the right skillset to run with this. Call it fate or destiny, I met someone by chance who had the exact skillset I was looking for. I couldn’t believe my luck. We started the company with just two of us.”

After some serious jumping through hoops, and still in his early twenties, Amit manufactured the product. He described the struggle to initially get regulatory approvals and then competing against pharmaceutical heavyweights Martindale Pharma who even slashed the price of their product to almost half to try and squash Amit’s company. “They were an organisation with 200 products, where I only had one, a little plant, and the price had just been slashed. I walked for hours thinking ‘what am I going to do?’” 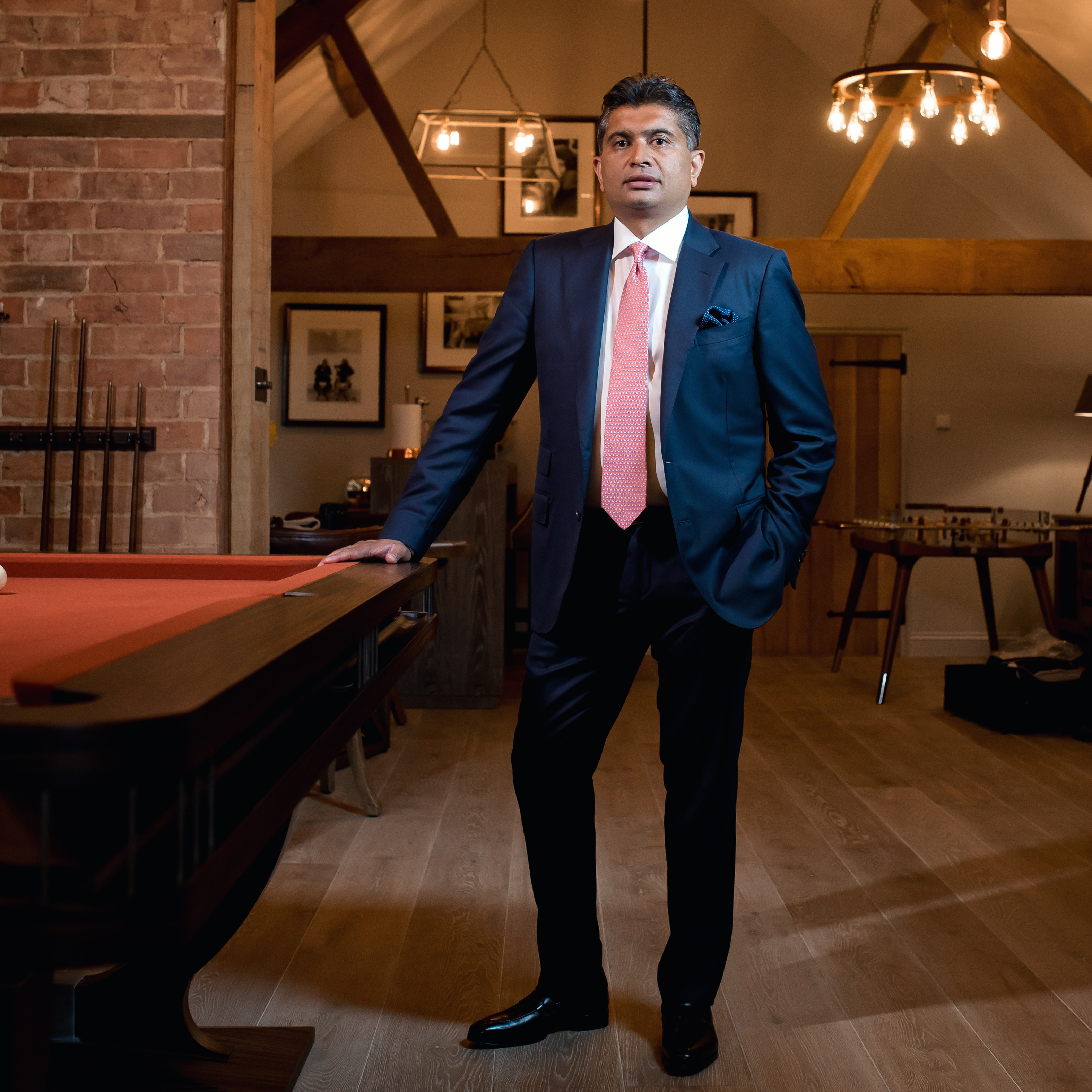 A major breakthrough came when Auden Mckenzie formally licensed their product forcing their only competitor to stop making it. Suddenly at the age of 22, Amit had over £2million turnover.

“I would have been happy making £50,000 a year, but I was making a lot more. I had no big plan charted out, no big vision in the early days,” he says. “The income allowed us to do more, so we ploughed the money into new products.”

Two years later Martindale showed its teeth. They were back in competition. This was a major turning point for Amit and he had to pick up pace. “Necessity is the mother of invention. I was forced into a corner and I knew I needed to do something more.”

Taking the challenge by the horns, Amit decided to expand into identifying niche products of all pharmaceutical dosage forms which were technically very demanding. This very model became the main plan, and success followed suit.

With 175 products, and the first competitors in the UK market for 40 of them, Amit’s company went on to hold licences in about 14 countries.

Auden McKenzie had become a seriously attractive company for the big pharma companies. “Though there was a lot more I could have done myself, I had always said that I wanted to sell before I turned 40.” 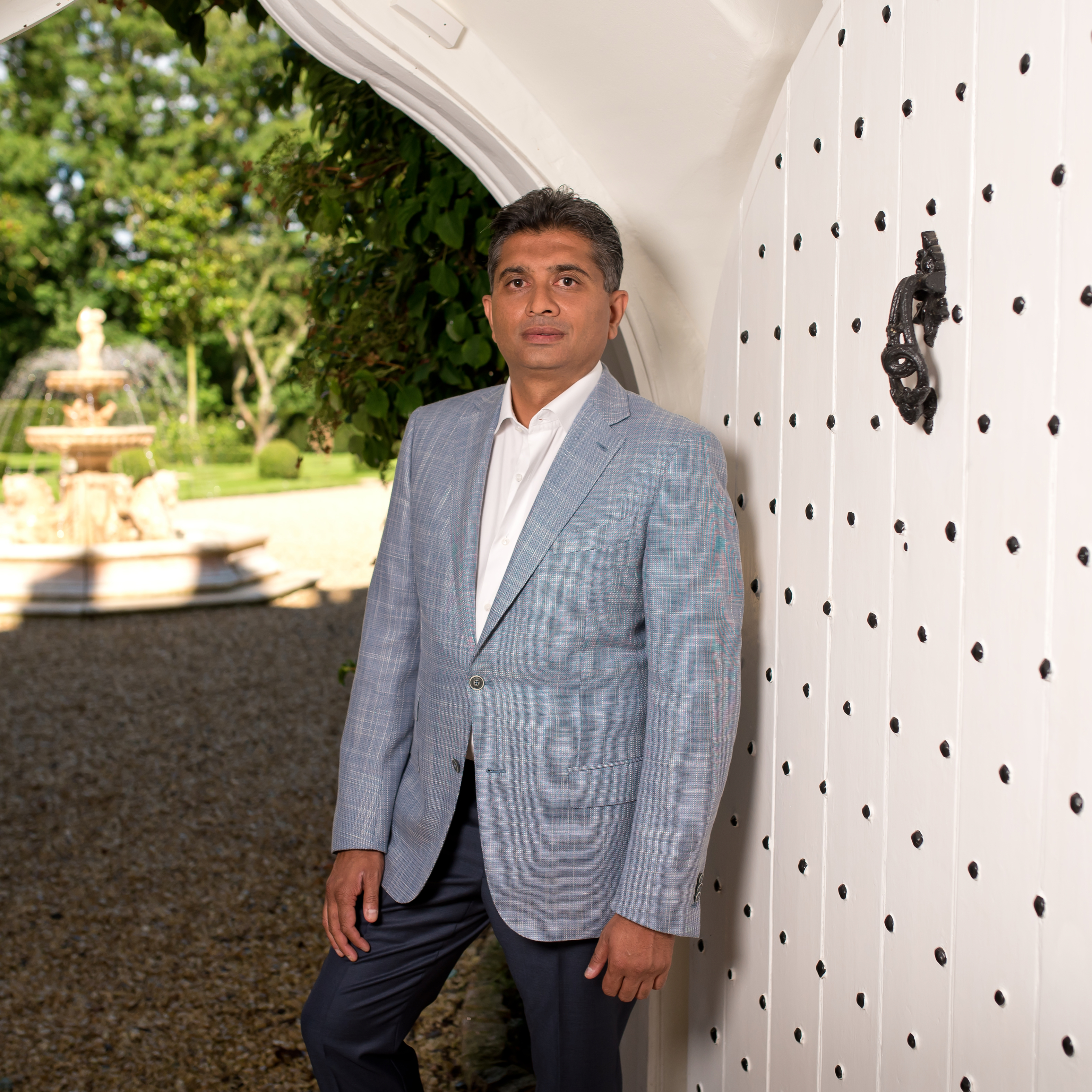 Discussions with Actavis started in August 2014 and Amit sold Auden McKenzie to them within six months for a whopping £306 million. “It was the right time to sell the company,” he explains. “I could foresee the changes on the pharmaceutical horizon. I knew a larger organisation could have worked those assets better globally. The sale represented good value and nicely fitted in to me wanting to sell before I was 40…I made it by 24 days.”

I asked Amit about the inevitable issues surrounding sales and profits of pharmaceuticals. “Pharmaceuticals is a complex industry. You make a lot of money but there are very large expenses,” he explains. “The industry is one of the most regulated in the world. You need money to implement all these regulations. It’s an expensive business, especially if you are at the innovating end of things. We were a small generics firm which introduced 40 new products which have never been there. That’s unheard of.”

“You can’t look at an individual product and say you make a lot of money on this. You have to view a company as a whole where you also have products which nosedive in price and some which go up. Also the fact that these 175 products cost us millions and millions of pounds to develop. When we sold we had spent tens of millions on R&D and budgeted another 30-40 million pounds on clinical trials. This has to come from somewhere as new drug development is very expensive business.”

After selling Auden McKenzie, Amit has continued to set up a number of companies in the UK and abroad. Along with pharma companies, there is also a large portfolio of properties, and a diverse art collection across a few countries. “With our experience we’re able to identify and develop even more complicated products with a more global approach. We’re now looking at all of the developed markets—Australasia, some of the Asian countries, EU, UK, and the US. We’ve invested in a biotechnology company in Finland which will bring very complex products to market.”

Amit credits his father for being the most inspirational person in his career. “My father has been entrepreneurial from day one. I’m grateful for his ideas and advice. He knew that once we got into this business there would be more opportunities. 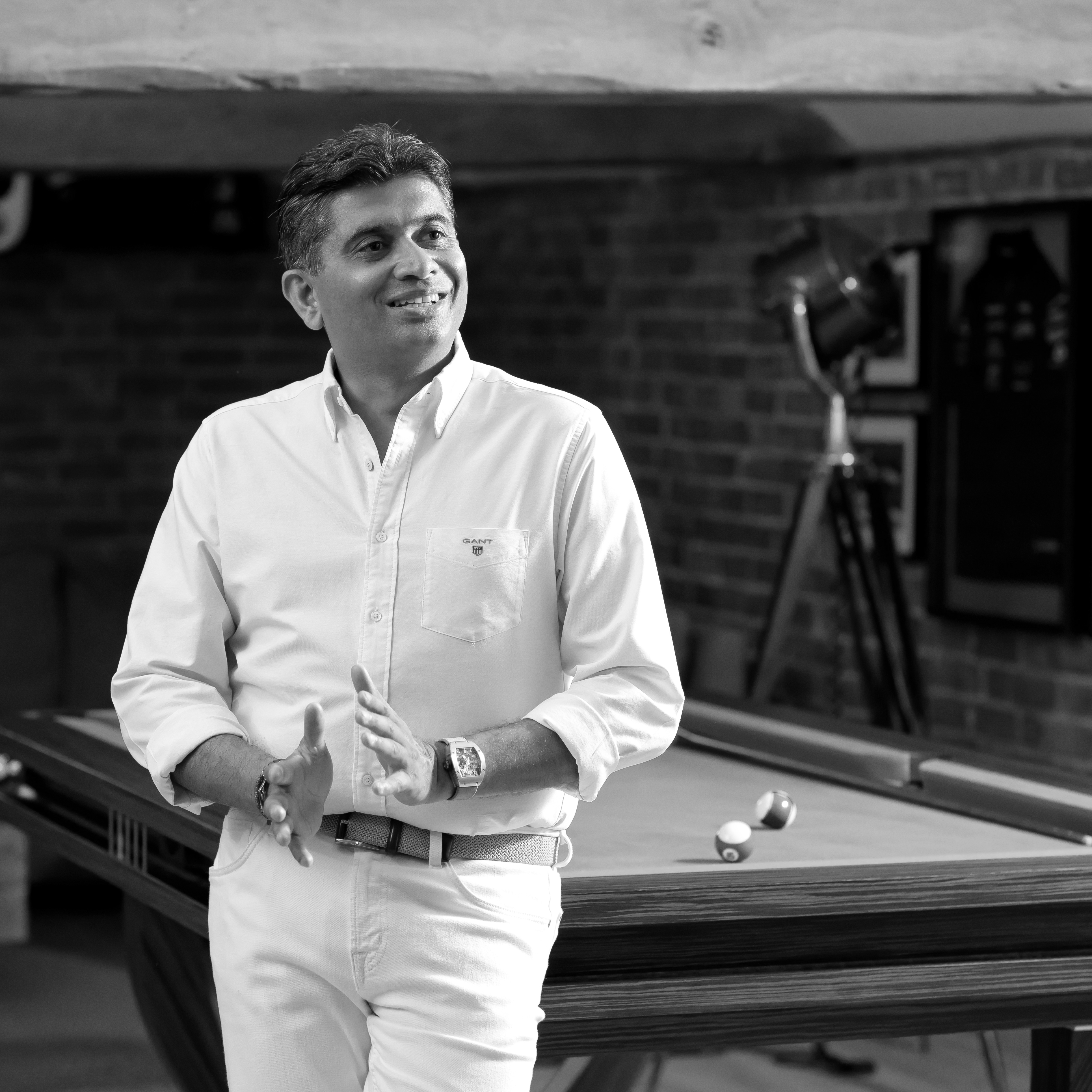 “But the greatest thing my father ever did for me is the autonomy he gave me. I was a complete novice. I knew nothing about the pharmaceutical industry, but he put his money and his time into the project. He was there if I needed him, but threw me into the deep end. Day-to-day he allowed me to make my own mistakes and learn from them.”

“My dad says you have to work hard and apply yourself to make it happen. My mum would encourage me to work hard, but said that the result is all ‘God’s will’. That’s a happy medium. So I live by the motto ‘When you work hard, work as if there’s no route to success but your hard work, and when you’ve done your hard work, you leave it to a higher power whatever the end result.”

“When I started my business I was very focused on material things, but over time you begin to realise that it’s not possessions that bring happiness or contentment. I’ve had some wonderful parties here at the castle — but I could sit here alone and it wouldn’t be much fun. The enjoyment is the people. It is your family, friends, the tight circle around you which brings you joy.”

To achieve so much at such a young age is phenomenal, but what now? Amit’s most formative years were dedicated to building a very lucrative business, and he counts himself fortunate to have sold his main business while his children are young, without any intention to be involved on a day-to-day basis with other business interests.

“It’s very difficult to have such an intensive 16-17 years and then say I’m not going to do anything. You always see opportunities; you have your old contacts. The motivation is different to what it was in the beginning. For me now, it’s about investing in new therapies, actually helping people by giving them something new in the medical arena. Entrepreneurship is something that flows in the blood and won’t allow you to just retire. Anyway, I’m too young for that.”

As the interview draws to a close, I notice a signpost at the castle entrance with the Latin saying “Audentes Fortuna Iuvat”, which means ‘fortune favour the bold’. Fitting, as the journey has indeed been a bold one.