Good Food for All with Lisa Sohanpal 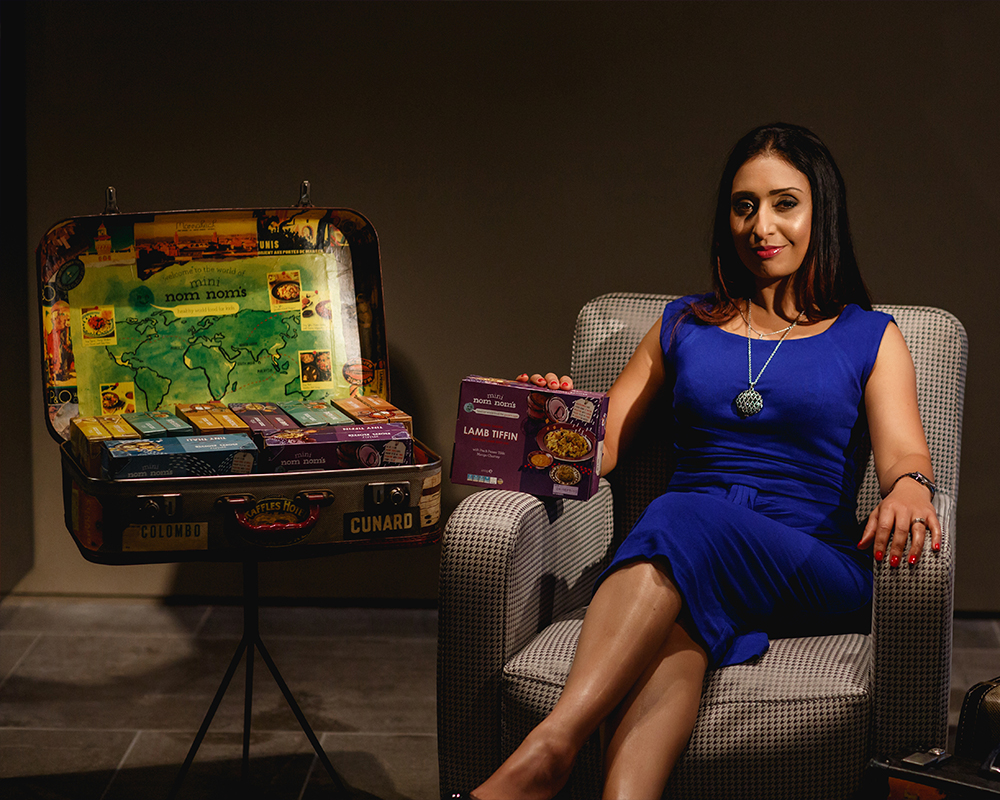 Ready meal brand Mini nom nom’s is sizzling up interest in the culinary world and among busy families thanks to its innovative approach to healthy eating. AWM’s Nima Suchak talks to brand Founder Lisa Sohanpal…

When Mini nom nom’s launched in August of 2015, the ready meals for children and adults have jumped straight onto the shelves of Selfridges, and online retailer Ocado, where they sold out within 10 hours. I caught up with Founder Lisa Sohanpal as she was on her way back from Jamie Oliver and Alex James’ The Big Feastival where Mini nom nom’s was a major sponsor. Literally buzzing with excitement, Lisa tells me how the food and drink festival was a brilliant opportunity to engage with customers and see for herself, how people took to the innovative new brand. 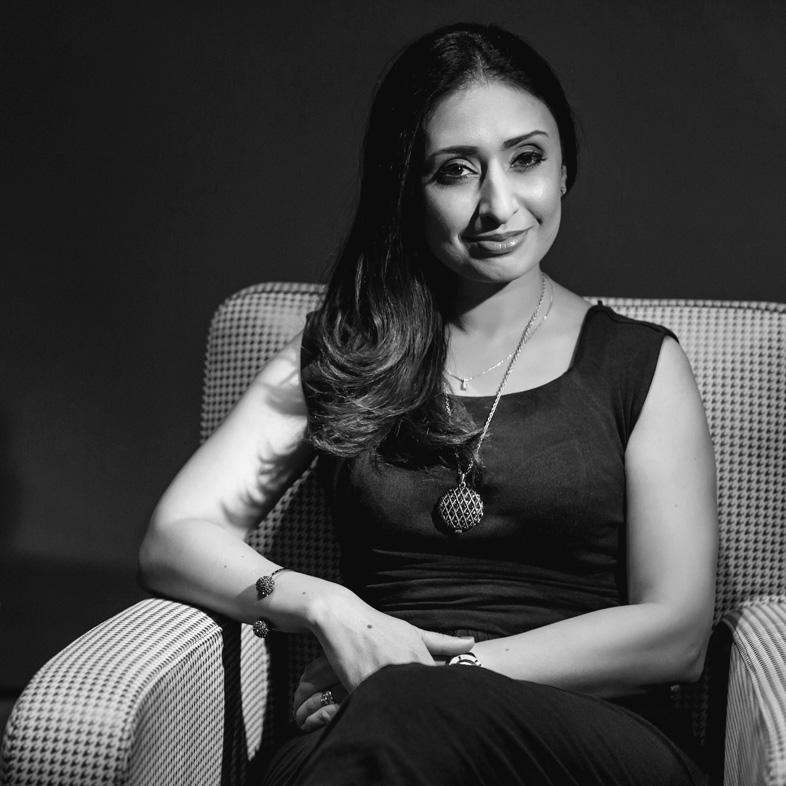 A healthy alternative to other ready meal options—Mini nom nom’s is the only two-course, world-food ready meal with no added salt, sugar, preservatives or additives, and not processed in any way.

As a young mother of three, Lisa realised a gap in the market when feeding her own family. She was working in the medical device industry, managing international business, so travelling a lot and always busy. Lisa and her husband were keen that their children receive healthy food as well as experience different flavours and cuisines. She says: “It was a challenge managing their food without resorting to quick measures. I was coming home late at night making batches of curry and freezing them.

“I want to be confident when I pick up a brand, that I know it is healthy and authentic. So through my research and in feeding my own children, I wanted to bring into the market a new generation of ready meals and move away from the stigmas attached to ready meals which have got themselves bad publicity because of processed nature and high salt and sugar content.”

The key, for Lisa, was to offer food that was authentic in taste. “I didn’t want to keep it as just Indian, because I’ve travelled around the world, experiencing amazing flavours and cuisines. Trying to replicate it at home is not easy – it’s expensive and time consuming. So I thought if I could take that pain away and make it easier for younger customers to experience these flavours, then it would inspire a wider customer group.”

To make sure she had a product that was unique in the market, Lisa set herself to a benchmarking analysis, of various own label brands. She says she was shocked at the ingredients, and found some of them difficult to even taste. 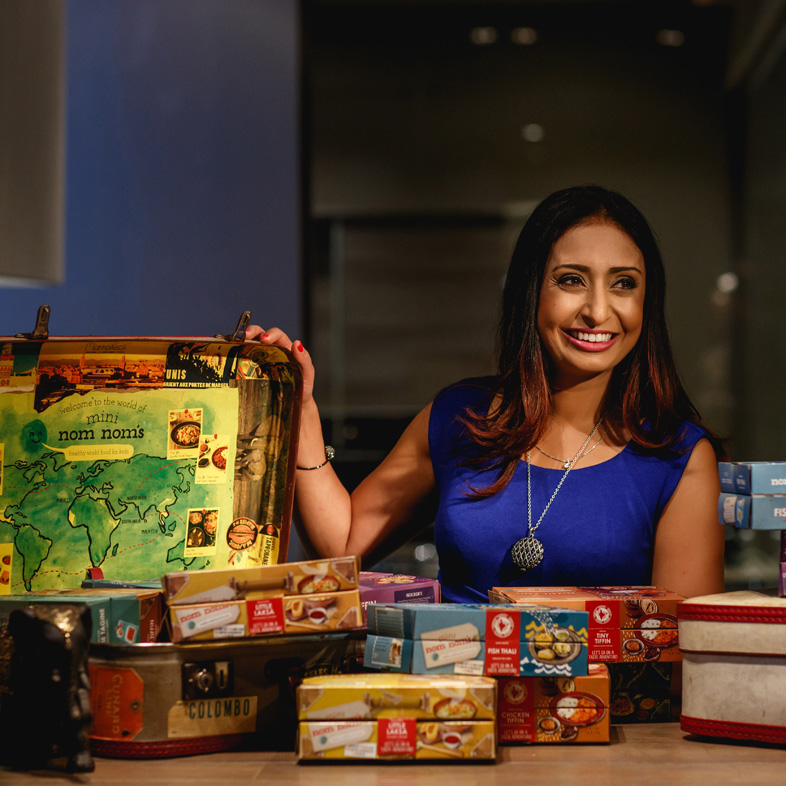 Lisa appointed culinary spice expert Emma Grazette, co-author and co-presenter of book and TV programme Spice Trip, to blend the unique spice blends to create harmony between flavour and spice in the meals. “We wanted an expert to consult on how the spices work together and to enhance flavours.”

The flavours and varieties of world food were rigorously tested, from inviting children from the local nursery, to events and taste tests within the trade – Lisa worked hard to ensure that everything – from the taste, the texture, the look, would be appetising to children and adults. The favourite five were eventually selected to launch the brand: Malaysian, Moroccan, North Indian, South Indian, and British.

It was one month before her third child was due that Lisa launched Mini nom nom’s to the trade in September 2014 with family support and a start-up loan of $77,000 from Virgin StartUp. She also entered The Lunch Show, initially as an Innovation company, but the only option available at the show was opposite Coca-Cola, on a large stand of the same size. “People thought that we were an established brand and we were getting approached by companies of all shapes and sizes—from airlines, to the NHS. I knew then that we had to really make this happen.” It was at The Lunch Show that Lisa connected with the Gruffalo brand, famous for its children’s books by Julia Donaldson. They were looking to enter the food trade by partnering with a company that shared their values. Just one year later, they are launching Gruffalo nom nom’s as their British cuisine offering. 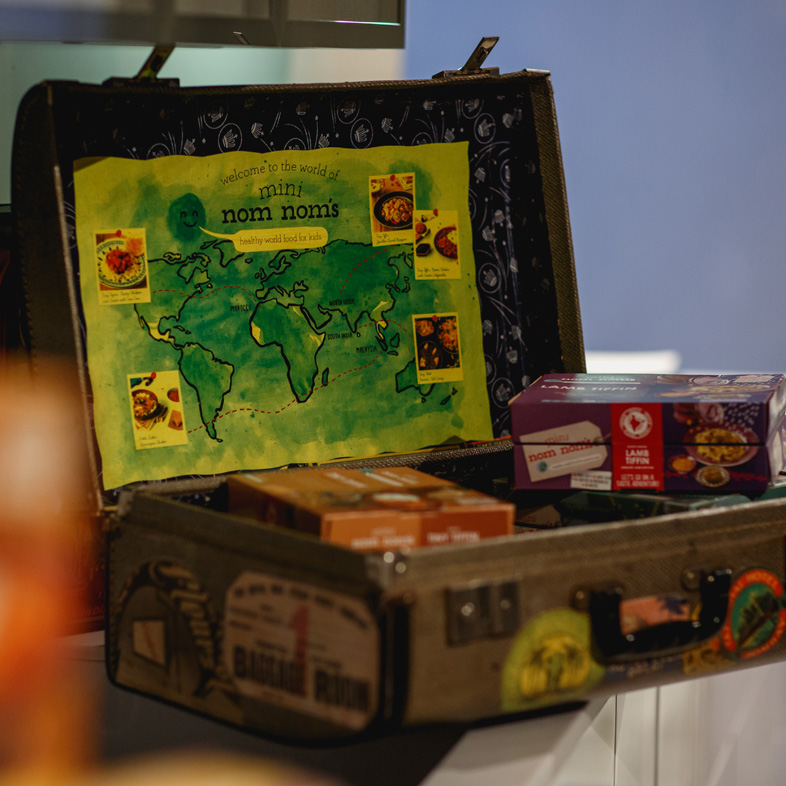 Supermarkets, online, and all

“It was a question of what do I want as a mum for my kids? And how can we be truly unique and address the gap in the market? I had to think about how I wanted to build this brand. Not just the product, and take the customers on a taste adventure around the world, while inspiring and educating on culture, cuisine, and charity.”

Lisa connected with Ocado at the Virgin Foodpreneur event. She approached the Head Buyer as she came off stage, conveniently pulling out a Mini nom nom’s box out of her handbag. It worked. The buyer loved it, and immediately connected Lisa to the buyer for the category. “We were invited to go over to Ocado, with some food, and did some taste testing. The buyer was happy, so we were on, and they requested to launch Mini nom nom’s for grownups at the same time.”

Lisa also pitched to other buyers without the full product being ready, mostly because she wanted to capture their attention with the food without the packaging. Mini nom nom’s has so far received a phenomenal response. She is due to roll out Mini nom nom’s to a chain of health clubs by November, and the Butter Chicken meals will be on board an airline in the same month. Lisa also tells me that the brand has been approached by a supermarket in Europe, and there are many more exciting partnerships brewing in the background. 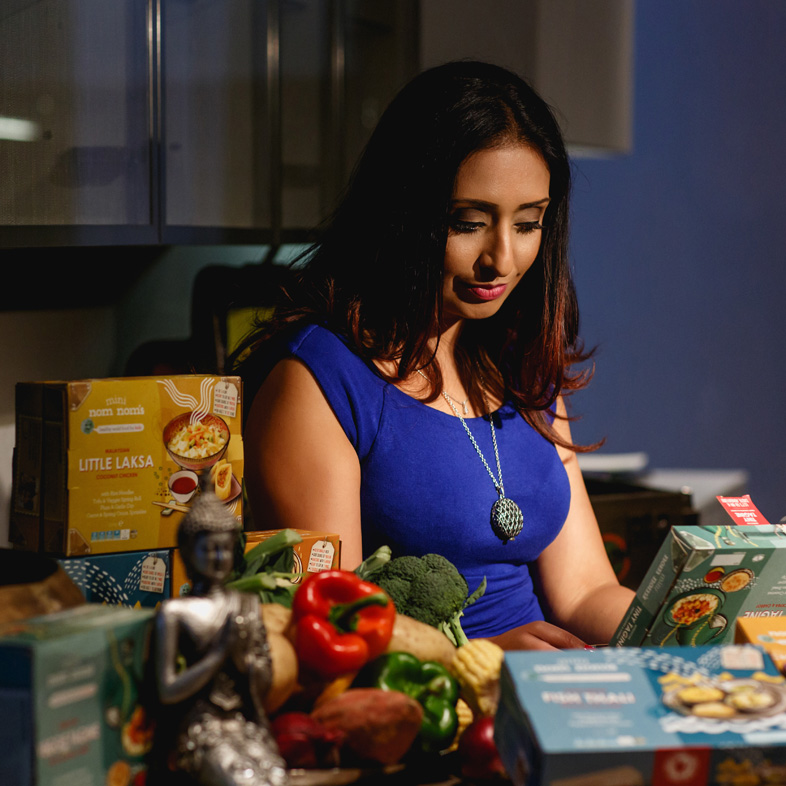 Awards are in the bag

To date, Mini nom nom’s has already scooped several internationally recognised awards, including Gold for Innovation at Lunch 2014, Three World Food Innovation Awards which included Best New Brand or Business, Best New Children’s Food 2015, Best New Food Concept at the International Food & Drink Event 2015 – all before even launching. They were also semi-finalists in Virgin’s Pitch to Rich, and won the Innovation category in the prestigious Food and Drink Federation Awards in September this year against big, established brands. 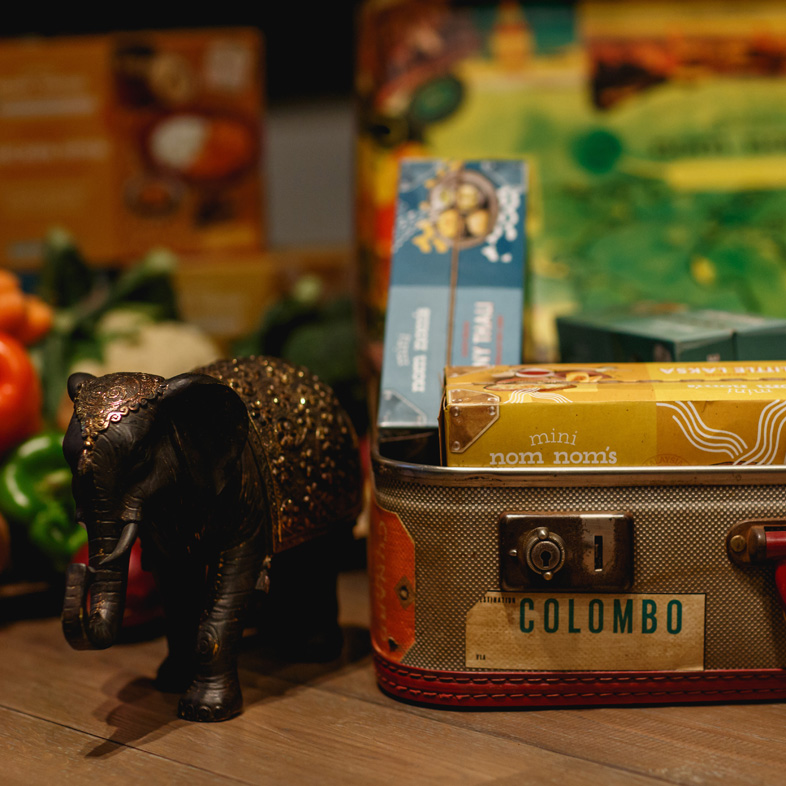 There’s a strong social element to the company. As well as encouraging British children to eat healthier food, every meal purchased in Britain will feed a hungry child in India. “My intention is to educate and inspire the kids here and show them the direct difference they can make to another child’s life,” says Lisa. “It’s what we aim to do in terms of helping with education and reinforcing the charitable values of the brand while building a global company. It’s what differentiates us from your average ready meal”. Mini nom nom’s directly supports the charity Akshaya Patra, which provides food to schoolchildren in India, keeping them off the streets so they can get an education and be fed. “It’s totally in line with what we are trying to do. We sponsor a Brijapur Primary School in Mathura, near New Delhi, for over 300 children, and we sponsor their daily meal. To date we have supplied over 90,000 meals, and that’s even before we had launched.”