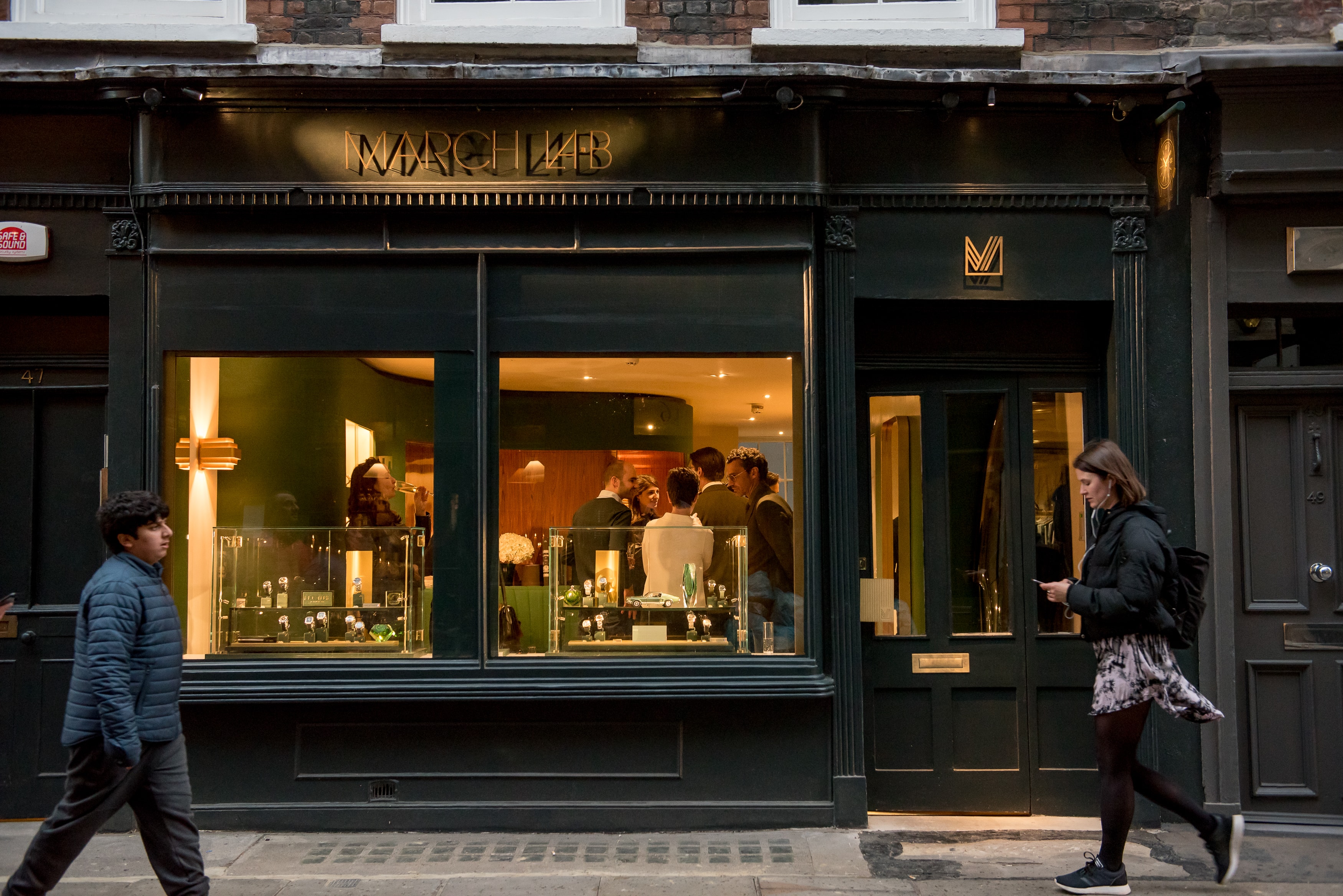 March LA.B, the French watchmaking brand whose creations are inspired by the spirit of the Seventies, has arrived in London. 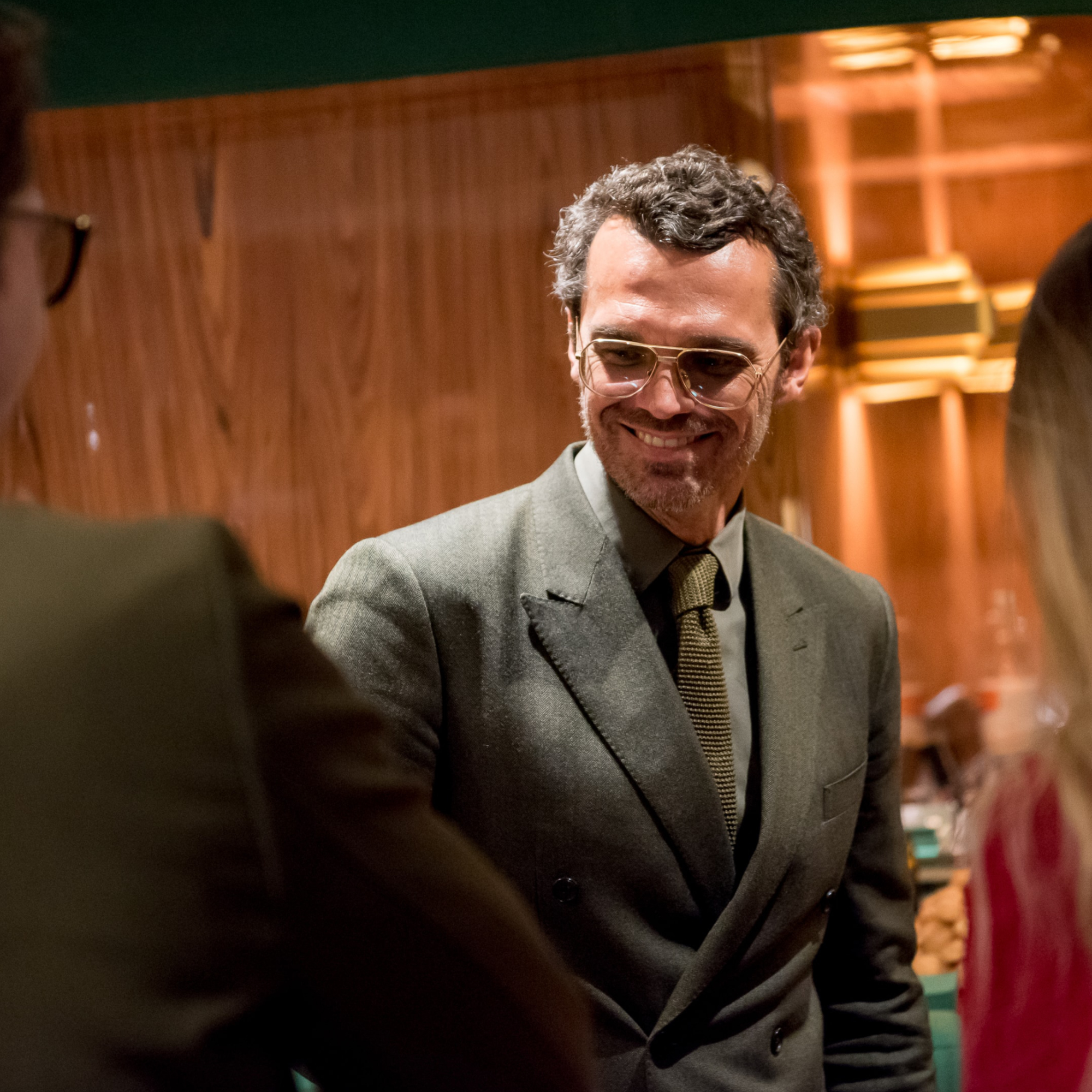 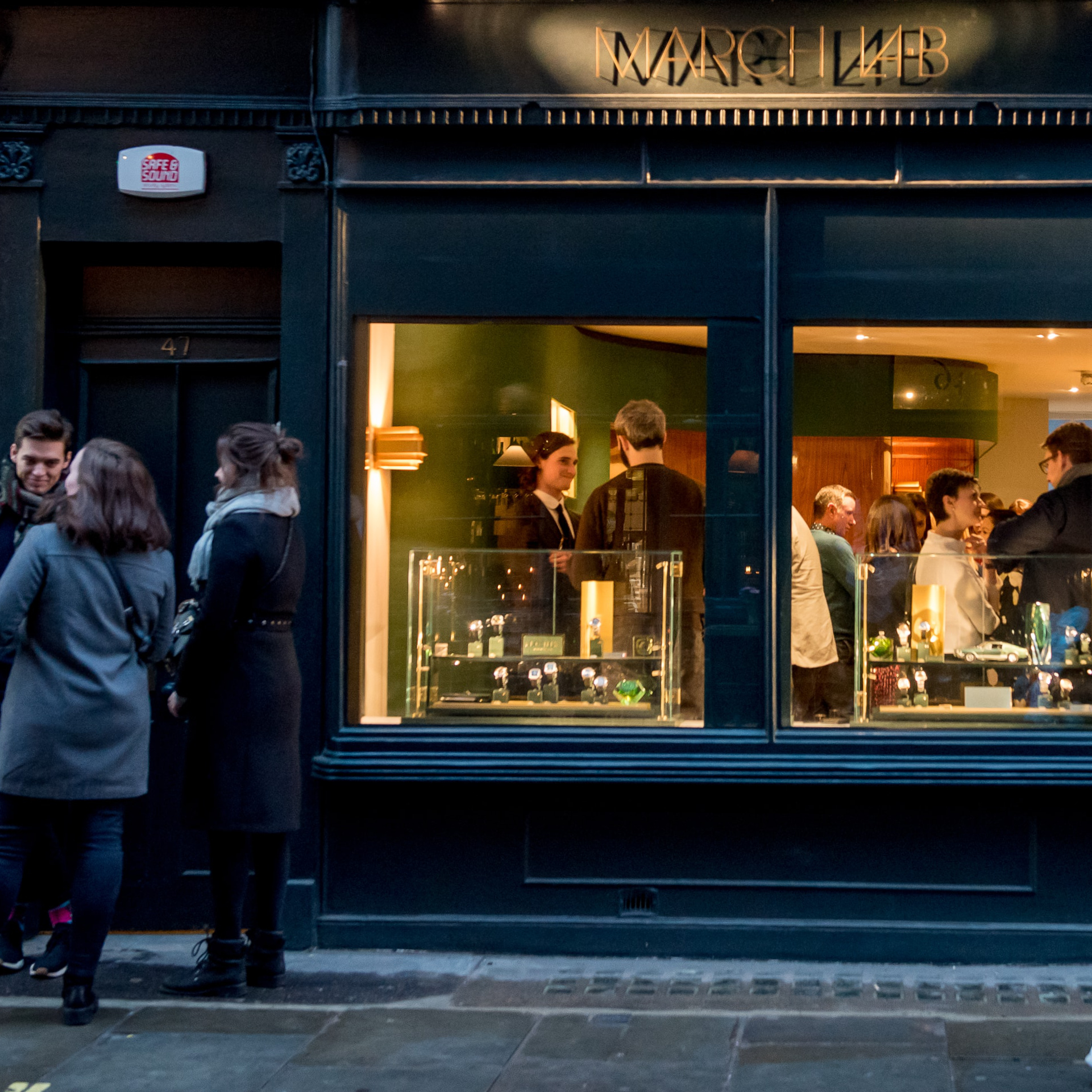 Champagne, Parisian beer and canapès flowed throughout the evening at the London boutique launch of French luxury watchmaker, March LA.B. 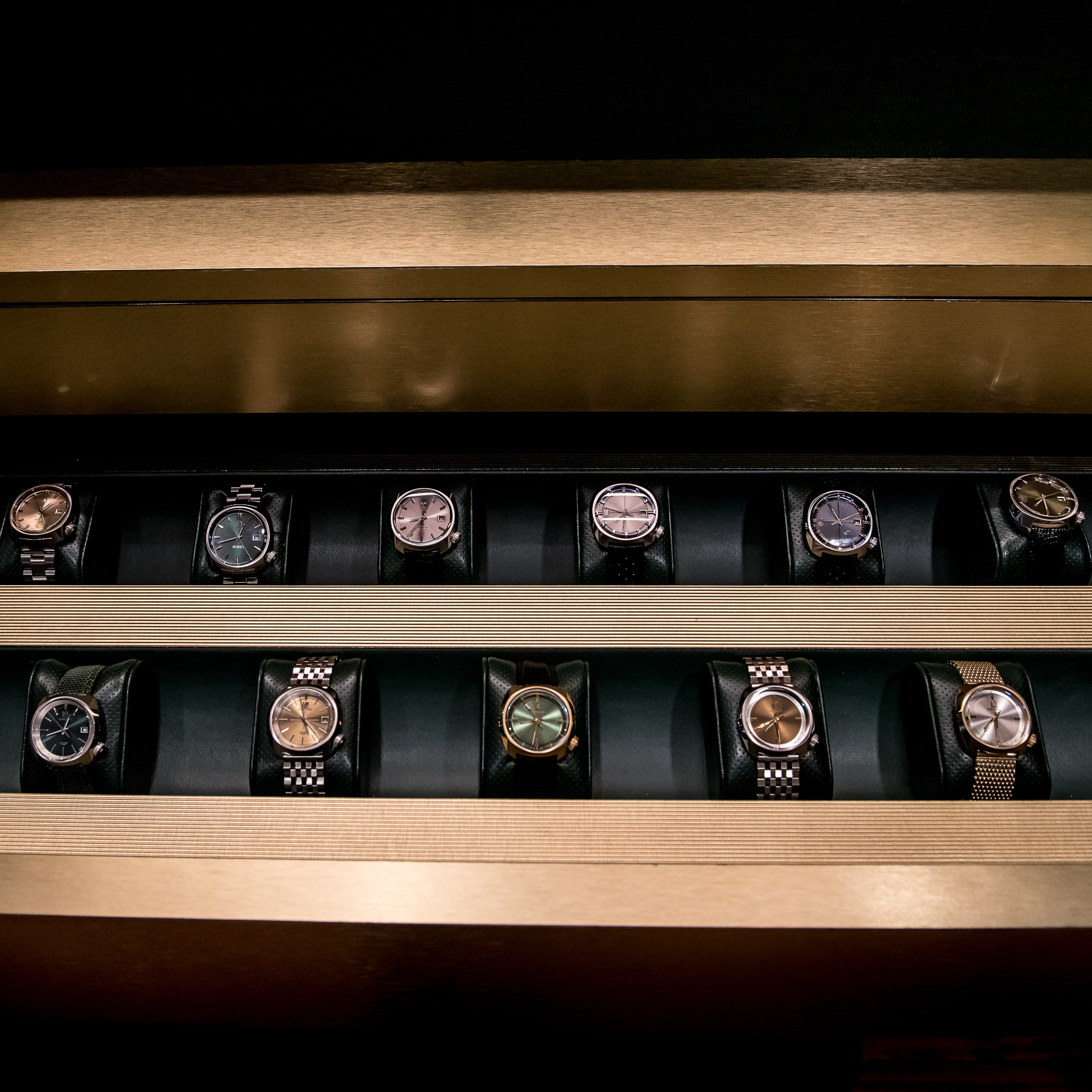 The France-made luxury timepiece brand strikes a balance between modern L.A. style and French heritage detailing. The very name March LA.B, stems from ‘March,’ the birth month of founder Alain Marhic, and ‘LA.B’ for Los Angeles and Biarritz, two locations which hold a special place in the founder’s heart. 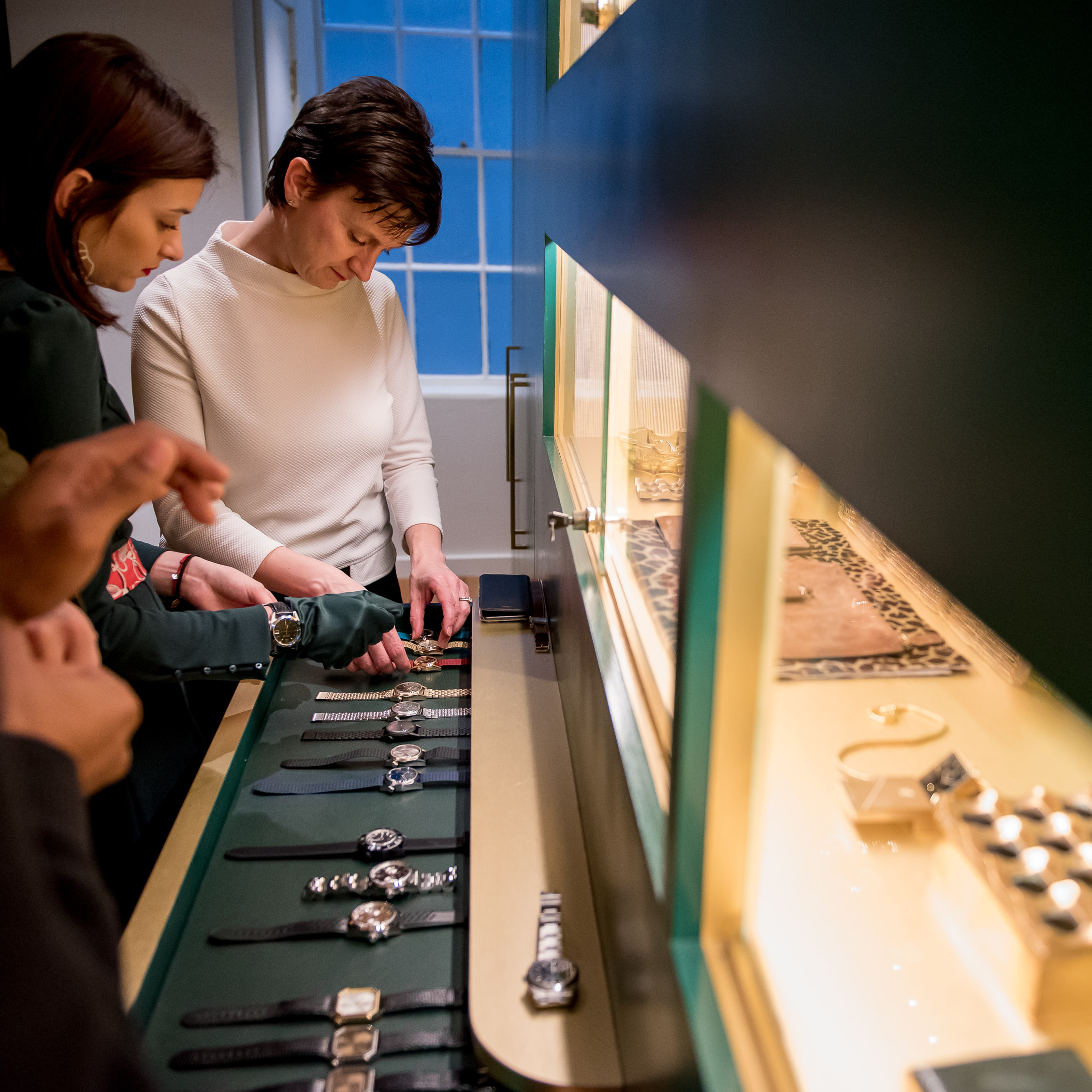 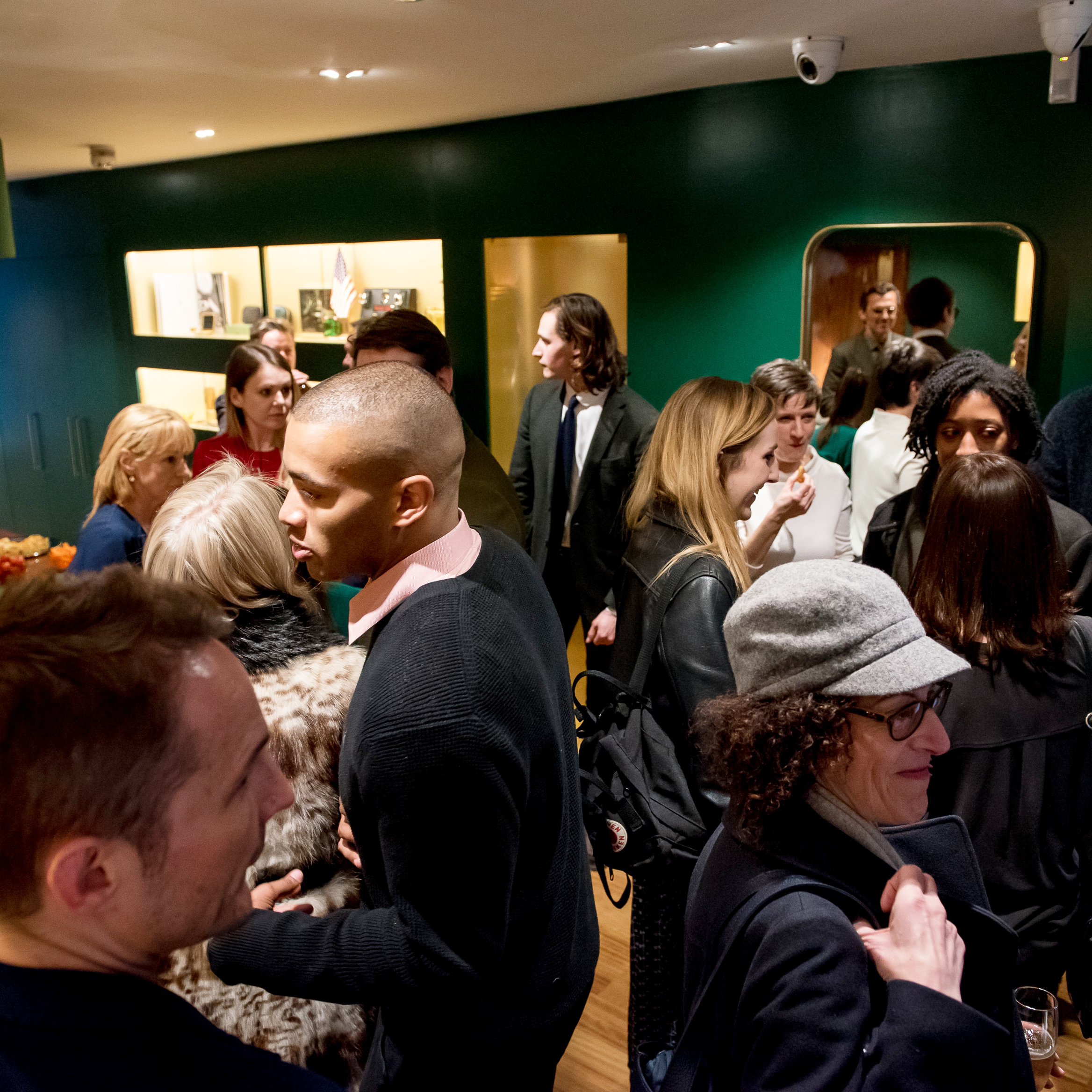 The brand’s mission is to design timeless styles that will transmit to future generations, following the example set by the most exceptional watches of past decades.

To celebrate this landmark moment for the company, March LA.B have launched a special-edition watch in British racing green. Named after the store’s new home on Lexington Street, the AM69 LEXINGTON encapsulates Soho’s reputation as the home of rock’n’roll and Anglo-Saxon fashion. 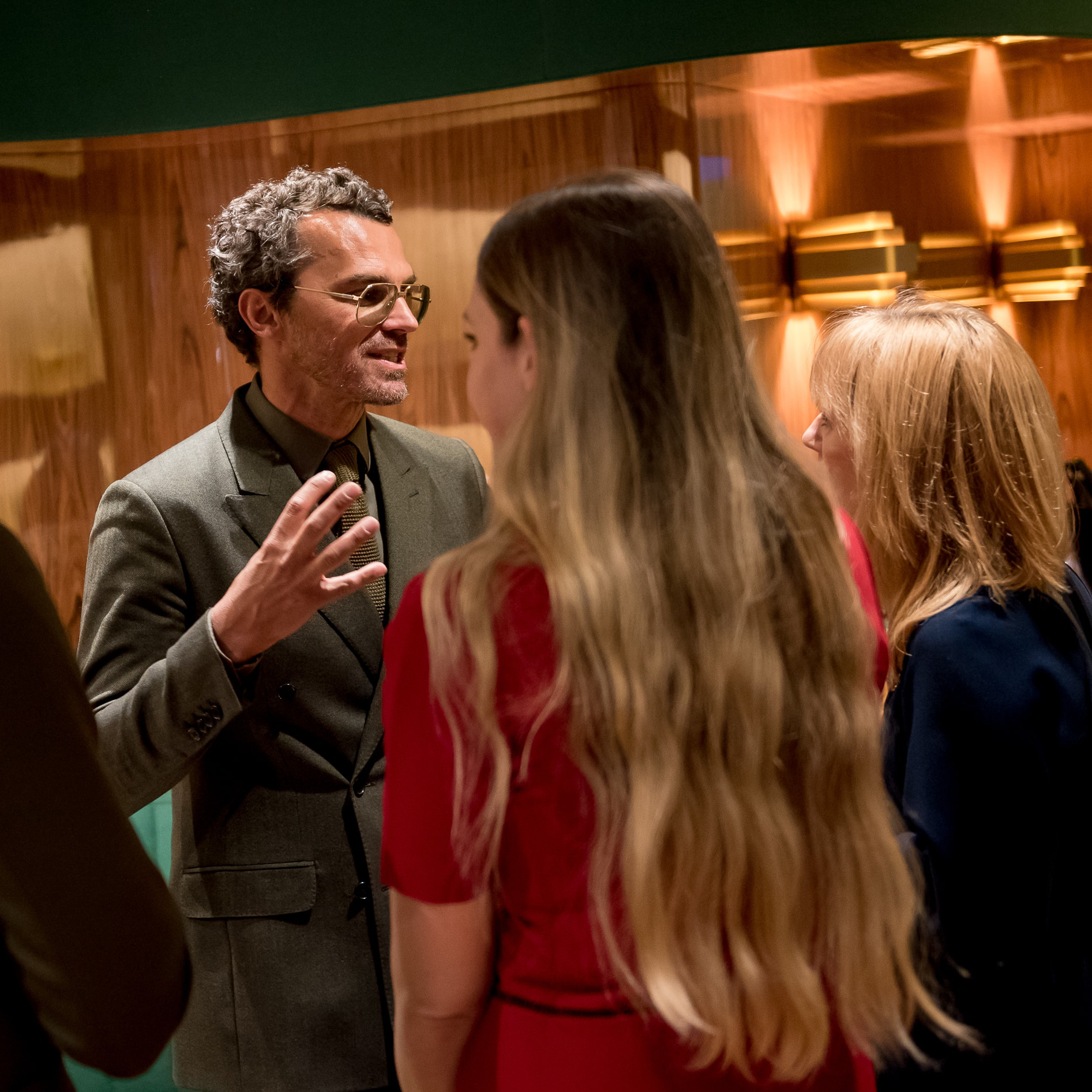 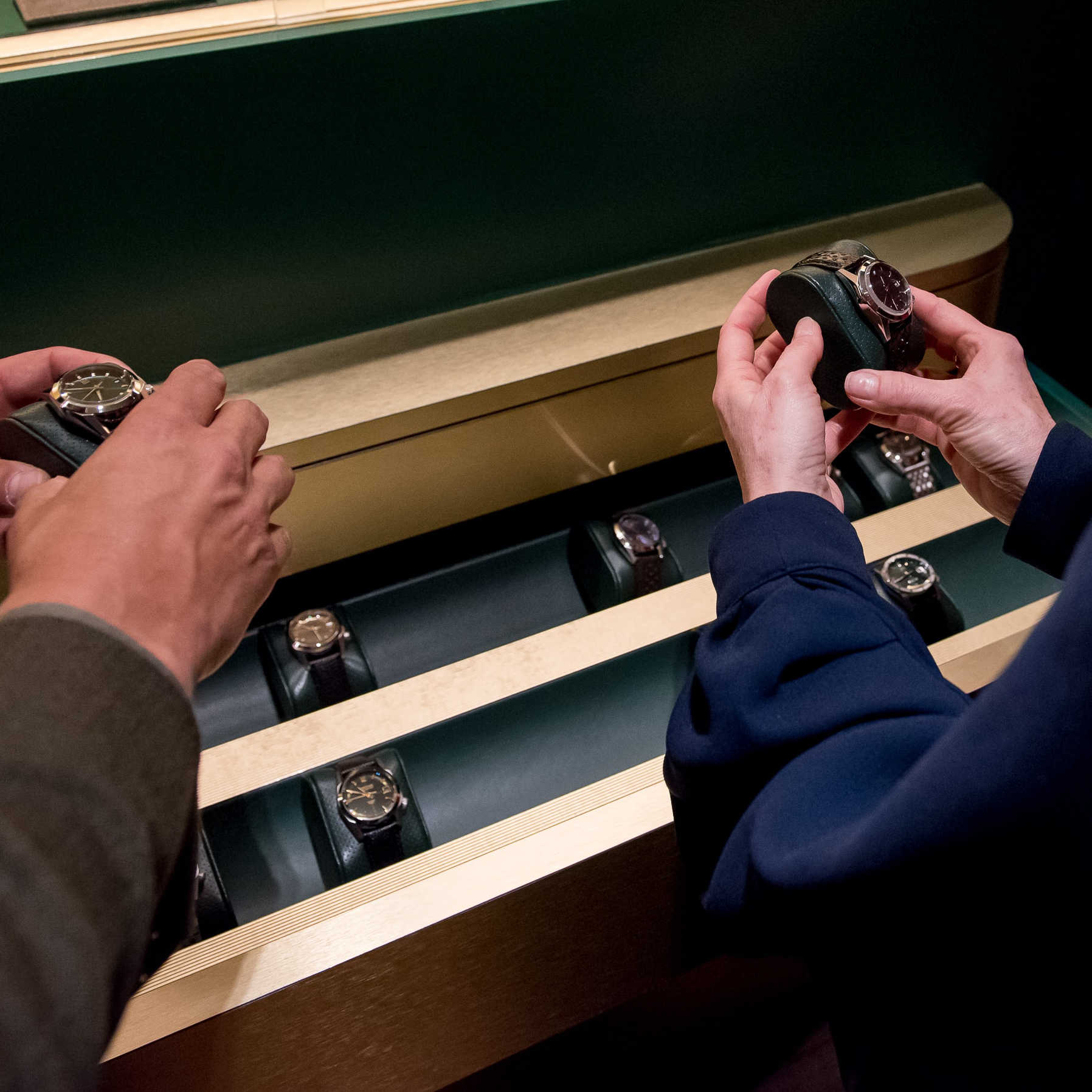 Every detail of March LA.B’s new store reflects the two passions of founder, Alain Marhic: surfing, and the much-loved design from the Seventies. Designed by Frederic Forest and Clementine Giaconnia, the design is rooted in vintage inspiration where visitors are immersed in the timeless elegance of March LA.B’s timepieces. The brand’s signature green reigns supreme and a smooth wave of Kvadrat fabric clothes the store in opulence. From the door handle to the drawers, the Iroko wood floor to the rosewood carpentry, the almost kinetic rhythm of colours and fabrics reflects the craftsmanship and beauty behind the watches. 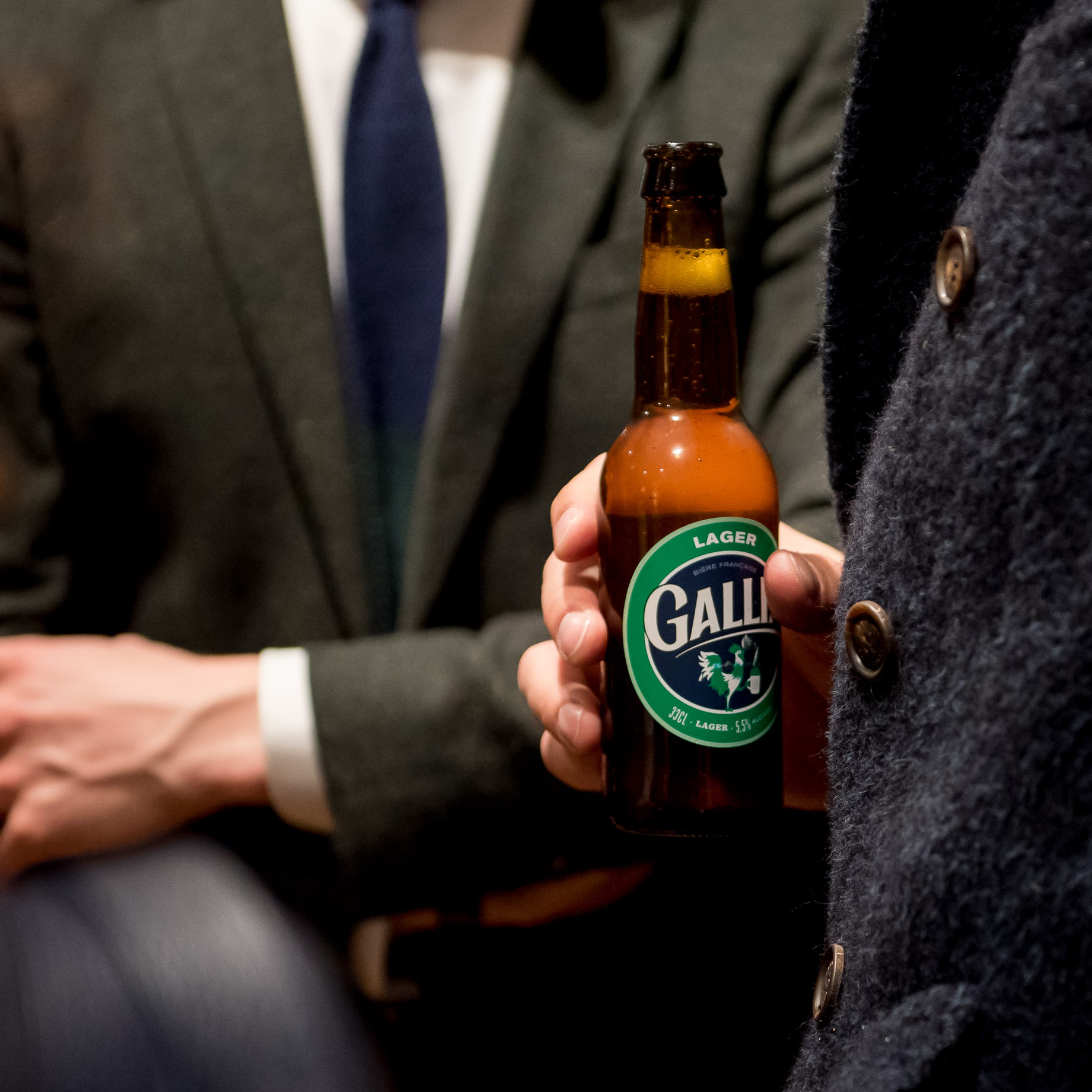 As March LA.B approaches a new era in London it will continue to create minimal, elegant and understated timepieces with balanced proportions to compliment the style of today’s urban dandy. These timepieces are refined in their simplicity and assert the philosophy that less is more.