Best in service with Amir Jati 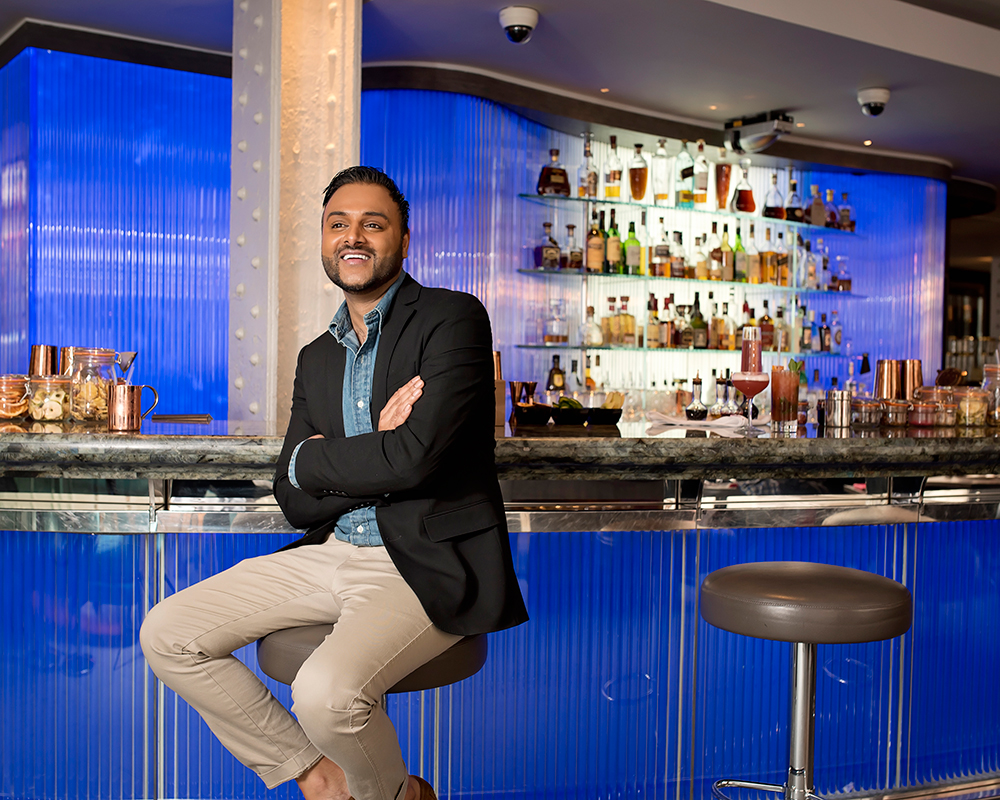 Hospitality is cutthroat. People can either love your offering, or not. Asian Wealth’s Nima Suchak meets the master of the trade, Amir Jati, Service Excellence Director of Edwardian Hotels, London, to find out the secret ingredients of making hospitality work. 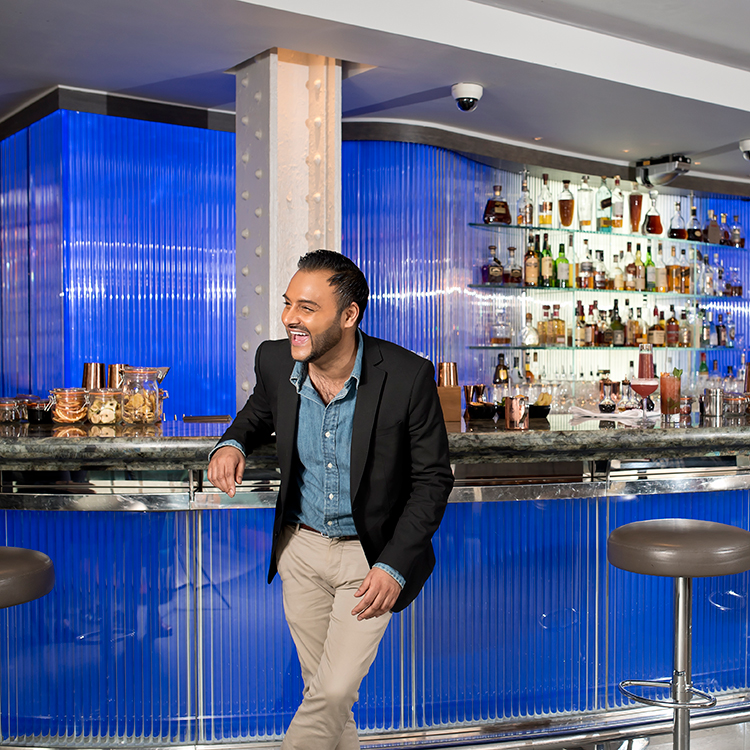 London Fashion Week had just ended and Amir Jati is brushing himself off from all the excitement at The May Fair Hotel. The official hotel of London Fashion Week, The May Fair which is surrounded by designer boutiques and flagship stores, played host, serving fashion-themed cocktails, against a background of music from the 90s. “It was exhilarating,” says Amir. “Being a fashion hotel, and shows happening around us, it was a very busy week and there was a fantastic vibe.”

Amir joined Edwardian Hotels London in August 2015. His first project was to revamp May Fair Bar, and as a result, business levels are up. “I felt like I was coming home,” he says. “The first thing I thought was ‘where can I work my magic and enhance and evolve the product?’ We wanted a bar where guests could come for a fantastic breakfast, have brunch, and stay for after-dinner drinks.”

And Amir is the person for the job. He has a 22-year background in hospitality and private dining, including 10 years at Nobu. He realised that hospitality was in his veins when he was a student at the London College of Fashion, and worked part time at TGI Fridays. He then worked for Walt Disney’s cruise lines, and also held positions as restaurant manager for Italian chef Antonio Carluccio and The Savoy Hotel, London. Nobu – he says – was the epitome of his career. 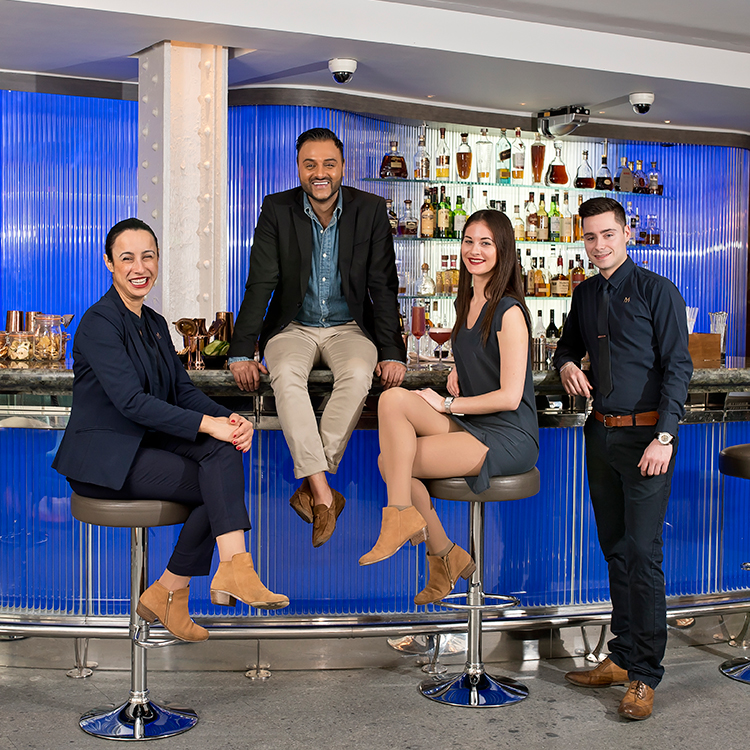 THE MAGIC OF THE MAY FAIR

At the Edwardian Hotels London, Amir has set up a dedicated Service Excellence Department “I’m very service oriented, so for me it was important to set up a team to ensure the success in this area for years to come.”

Amir worked with the in-house design team to transform The May Fair Bar. Collectively, they added floor to ceiling windows to make it more airy and light during the day. Tables and seating were placed to be more intimate, and ambience was created using low lighting with mood changing settings.

He chose tapas-style dining and small-plate offerings for brunch and bar snacks. “Placing a kitchen with a live tandoor and a live robata grill in the bar was an imperative change as I believe food needs to be piping hot and fresh.”

In addition, Amir led a recruitment drive to create a trendy sophisticated Berkeley Street look. “We wanted to add the fun element – for the food and beverages, and the rest. I love drinks, so we worked with phenomenal bartenders who were headhunted from bars and restaurants around London to create a beautiful master list. There’s a cocktail for every type of guest.”

The result, he says, is customers not only embracing the change, but actually spending even more time at The May Fair. A lot of his previous clientele have also followed him, along with new customers. “With my past experience, a guest is not a one-off. I always kept it personal, regardless of the walk of life they come from.”

Next on the list for Amir, is May Fair Kitchen. “We want to evolve the product and bring it in line with May Fair Bar and ethos. I want to bring the fun factor back, maintaining the chic, elegant affair.”

He is very excited about the new addition to the Edwardian family of hotels – a flagship hotel in the heart of Leicester Square due to open in 2019. “This will be a huge offering for Edwardian Hotels London, a final destination hotel that represents all that Edwardian believes in.” 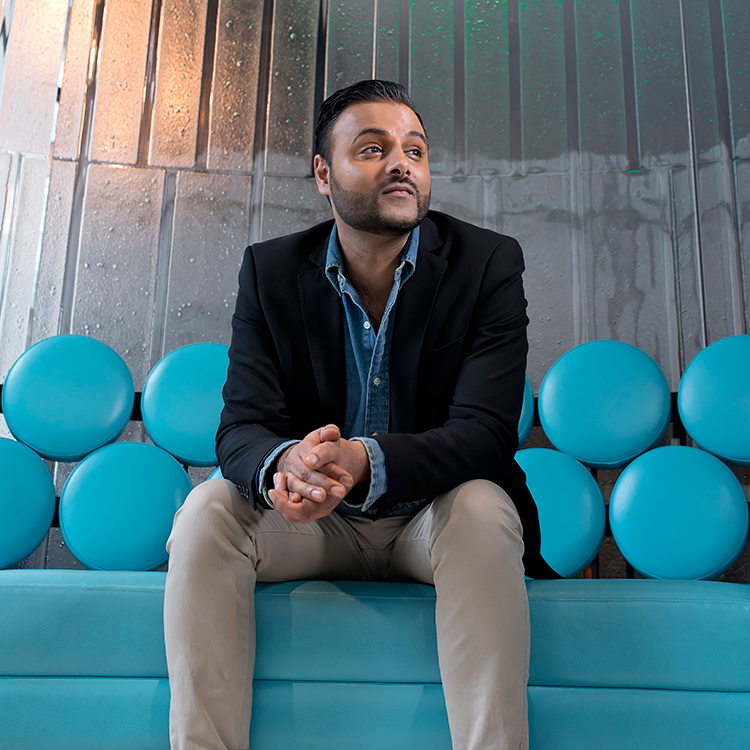 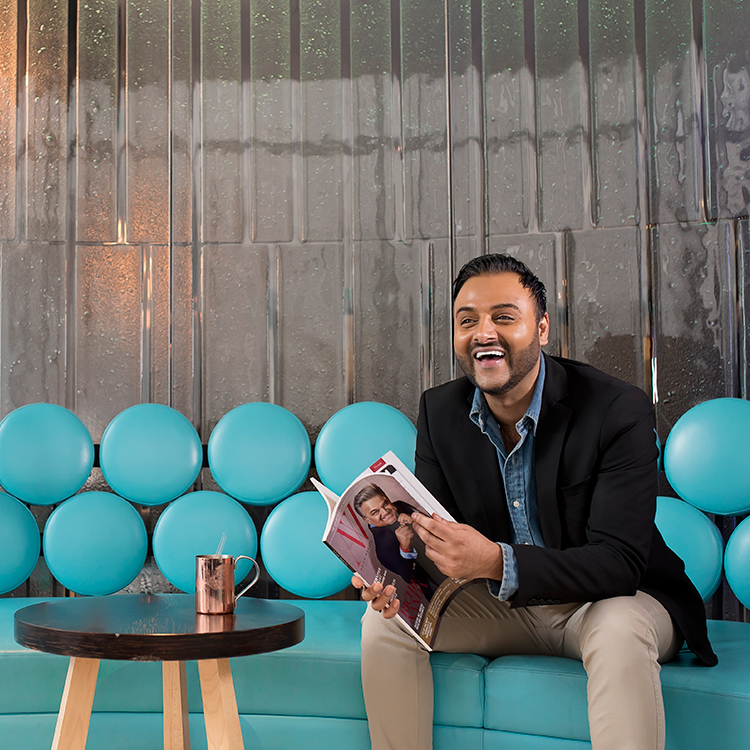 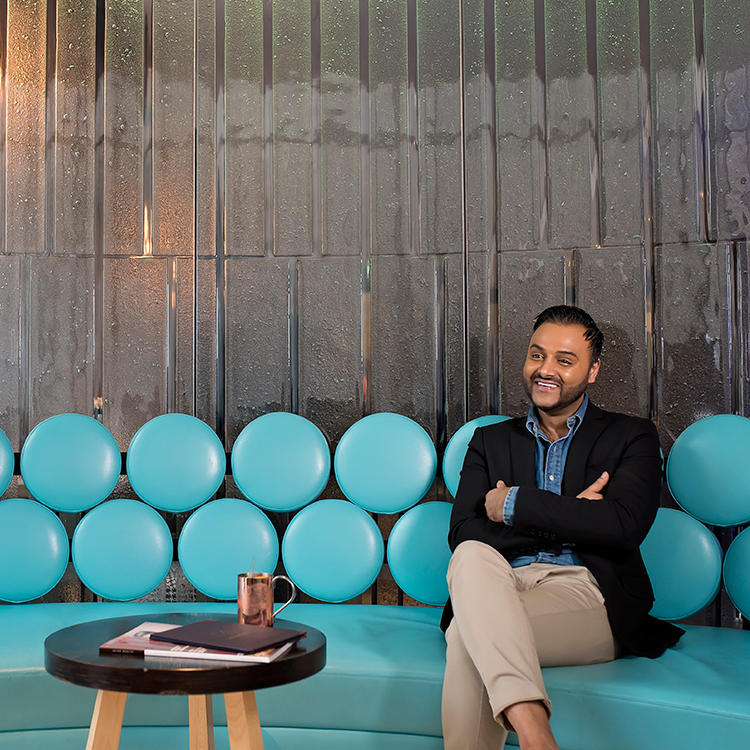 “Fine dining in London has changed,” says Amir. “The restaurants that are not formal are getting more Michelin stars than those that are formal, and that shows you how London has evolved.”

“Londoners take no prisoners at all when it comes to restaurants and bars. It’s such a competitive market,” he adds. Amir says that in hospitality, you must stick with your ethos, which he says is to “be humble, provide good service, make guests feel comfortable, and provide exquisite cuisine. You must nail all of those concepts in order to survive.”

He also says it’s important to be daring with your offering, and think out of the box. “Small offerings such as tapas will always have longevity, use the freshest of ingredients, and focus on the quality and hotness of food. This ethos should follow through with drinks and alcohol as well.” 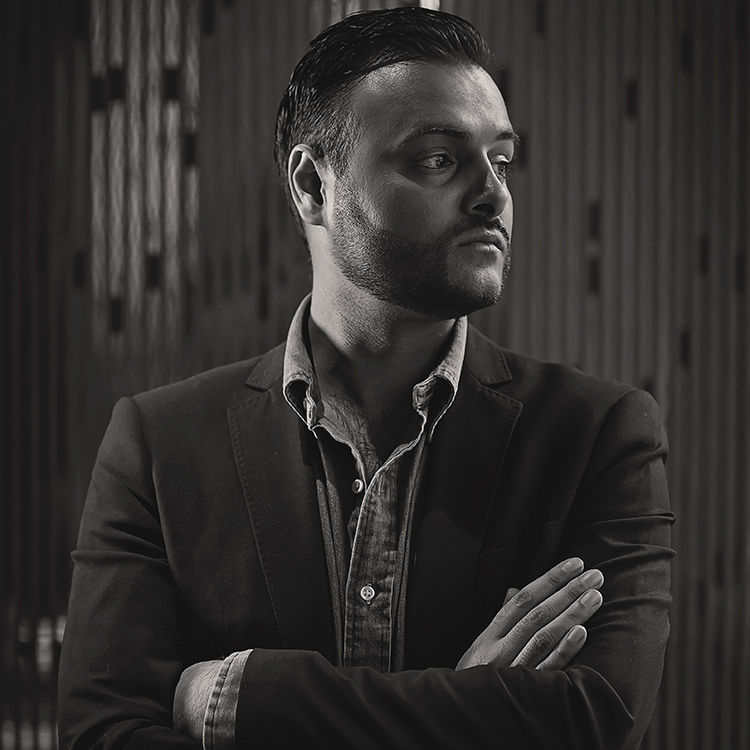 The ethos needs to be consistent, and maintained. “You can’t just open with a fantastic restaurant with great customer service, and six months later it’s not the same. That’s a really big mistake.”

With costings, Amir advises to be careful not to overprice yourself out of the market. “Be true to your concept and the true value of it as well. If you keep it simple and you give amazing service, guests will come back again and again, hence profits will go up.”

Amir has always worked with inspirational leaders throughout his career, and this is what attracted him to join Edwardian. His vision is to treat every guest as you would want to be treated – be humble, inviting people as you would into your own home. The Chairman and ethos of Edwardian share the same vision, values and inspiration, and Amir has been able to use all his experiences to cultivate a philosophy where everybody regardless of their career history must commence from the beginning, which he says creates a culture of respect and understanding between roles and teams. 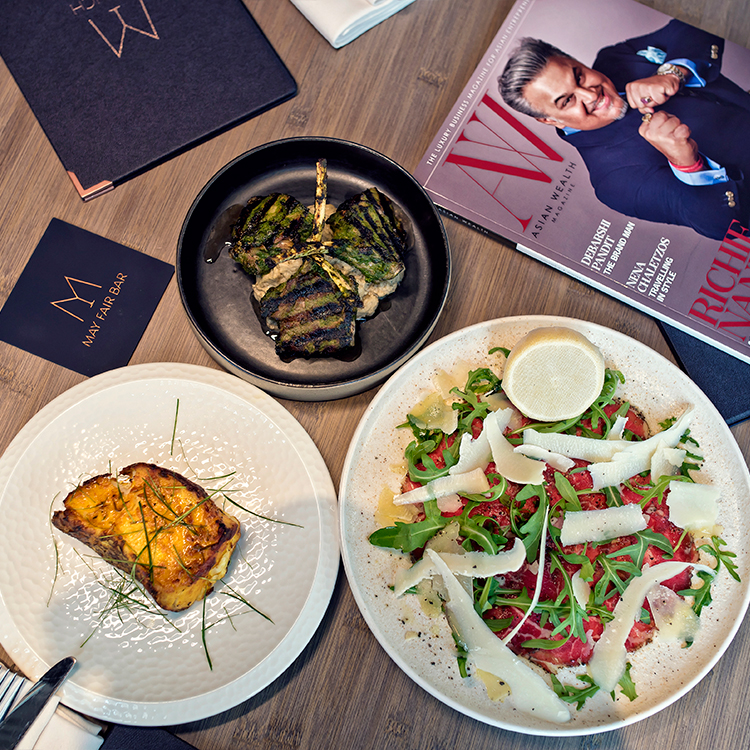 “I enjoy seeing guests happy and enhancing that. I love seeing the teams in the hotels grow, from kitchen porter to front of house manager, and evolving our hosts. That makes me happy. If our hosts are happy and confident, then your product will be confident.”

Photographs by Kam Parmar  on location at The May Fair Bar, London