Behind the scenes: with Richie Nanda 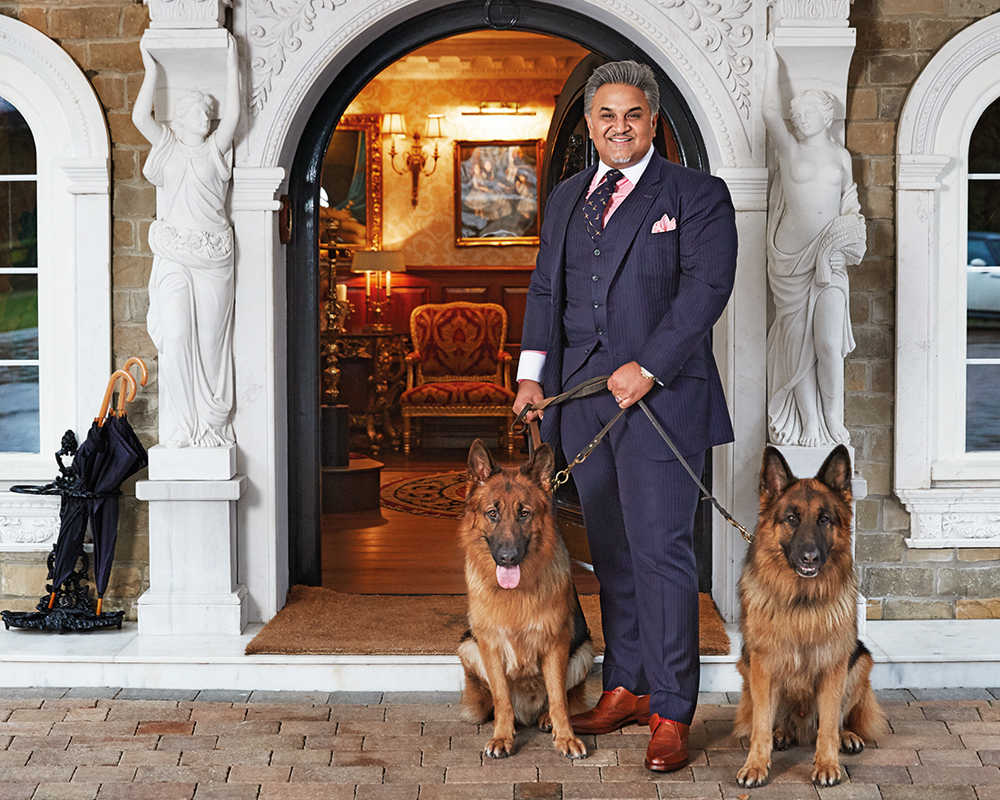 So it was an early start on Tuesday morning as I rushed around getting all my bits and pieces together. There was an air of excitement as I was about to meet my good friend, Dr Richie Nanda.

It’s been on our cards to interview this gentle giant for a while now, but we’ve never really been able to pin him down long enough to get everything done . . . until now.

I jump in the car and whip round the M25 I’m thinking of various shots I want to capture and wondering what we’ll have to work with as the shoot is scheduled on location at Richie’s home.

As I pull up to the gates of Richie’s estate and see his shining crest on the front of the gates, I immediately smile, thinking ‘I expect nothing less from my friend Dr Nanda’. 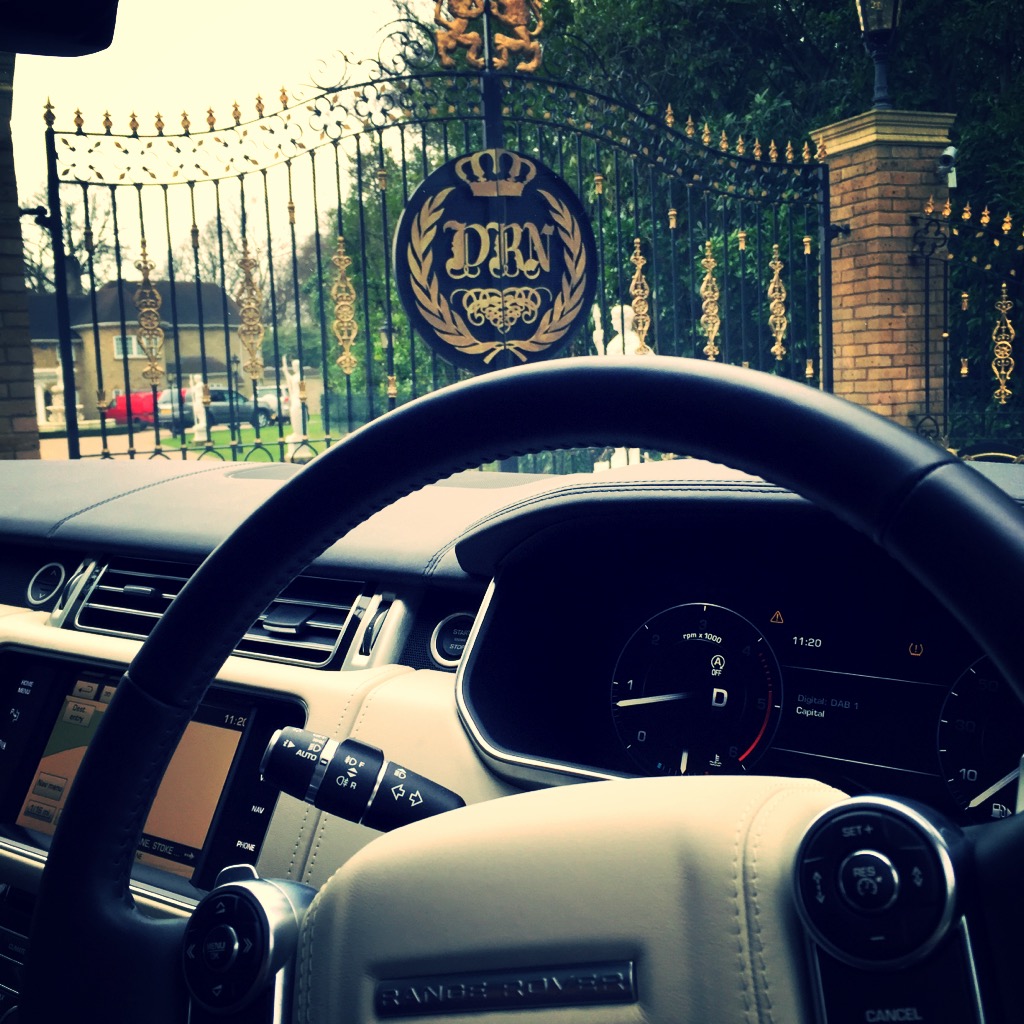 The gates slowly open and I drive carefully on the gravelled drive up to the home of Richie Nanda adequately called ‘THE MANOR’. 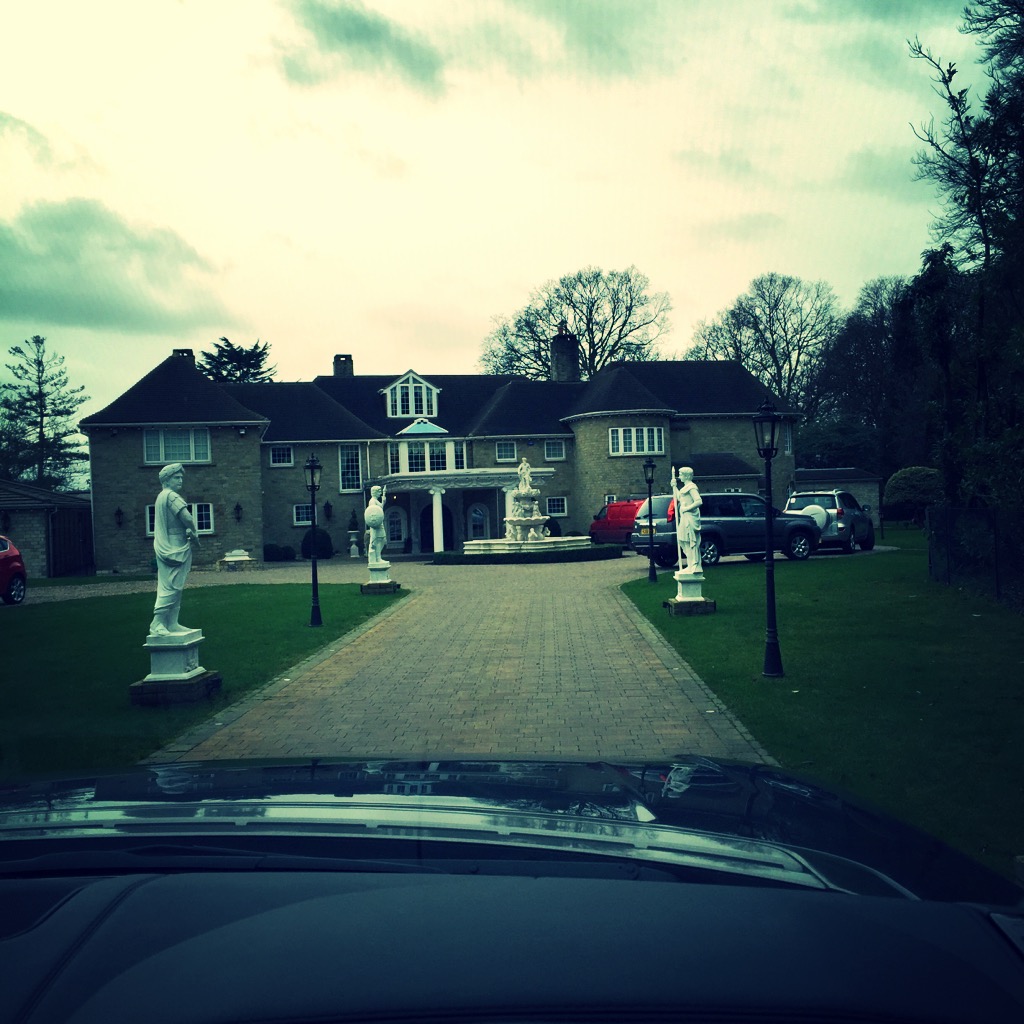 I park up and as I walk up to the front door I see it’s already open. For a split second I wonder if that’s even safe, but then I come to my senses and realise where the hell I am–he’s only one of the biggest names in the security industry! 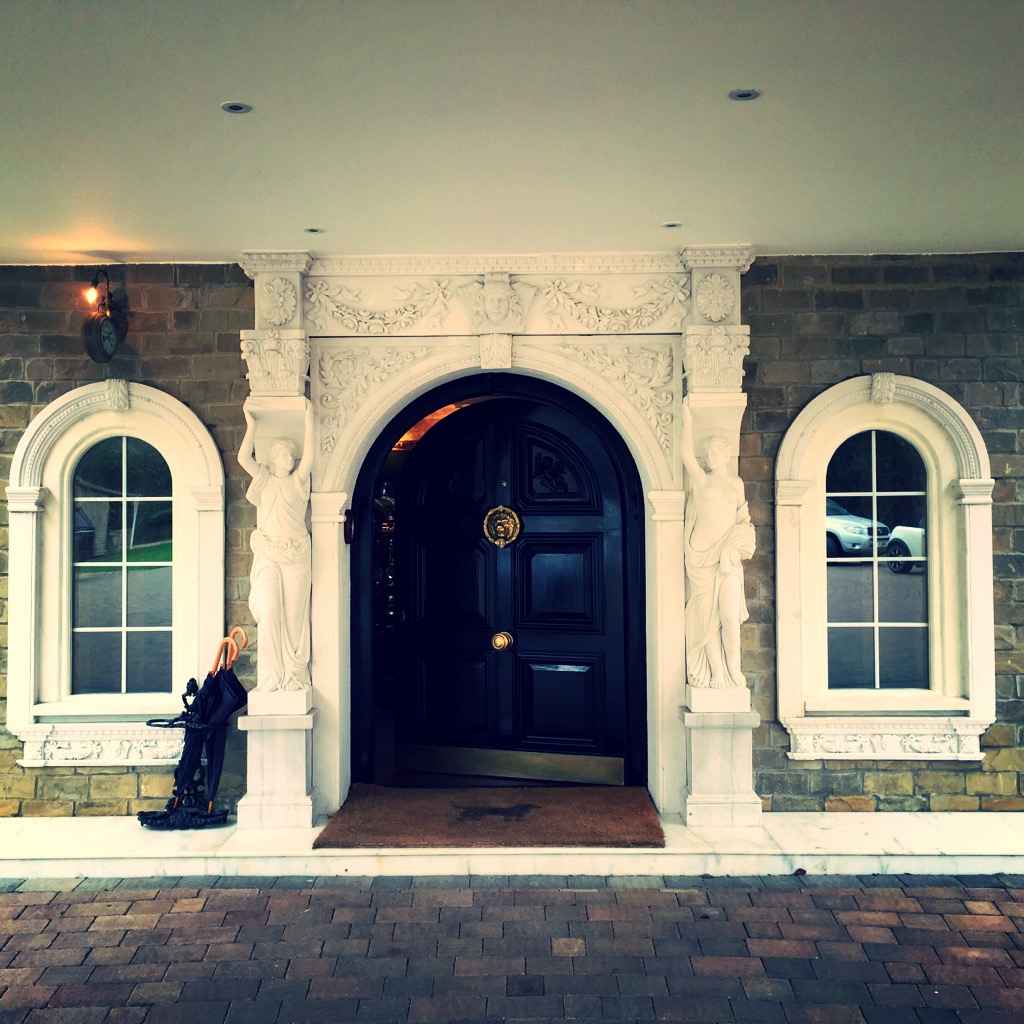 As I enter, I immediately see my friend and photographer Karan Kapoor who’s already been here for 30 minutes setting up and looking around for the best locations for shots. I ask if he’s seen Richie and he smiles as say ‘of course’. He directs me to Richie’s study where he says Nima (AWM’s Deputy Editor) is interviewing him. 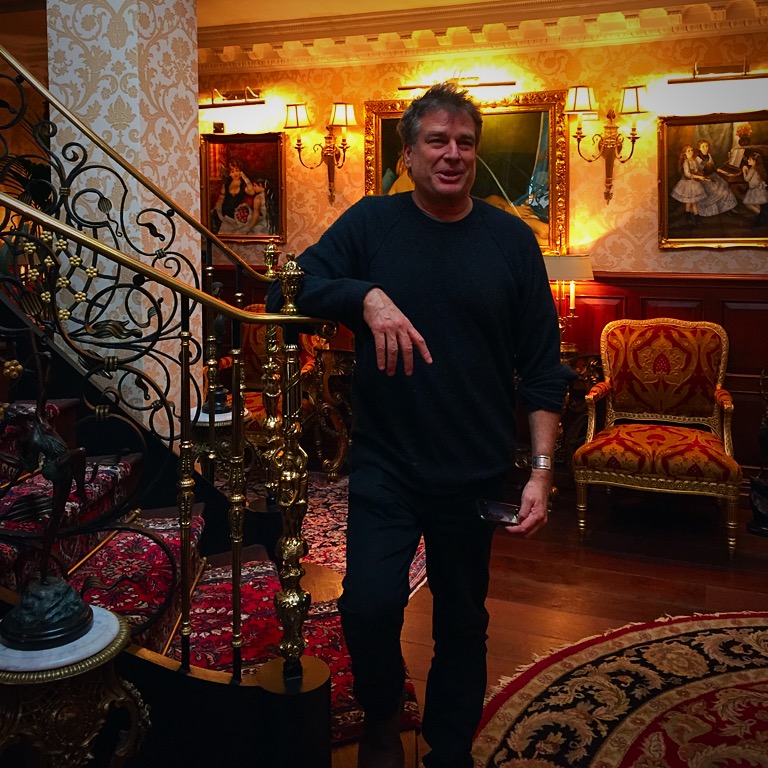 I knock gently on the door and then burst in. 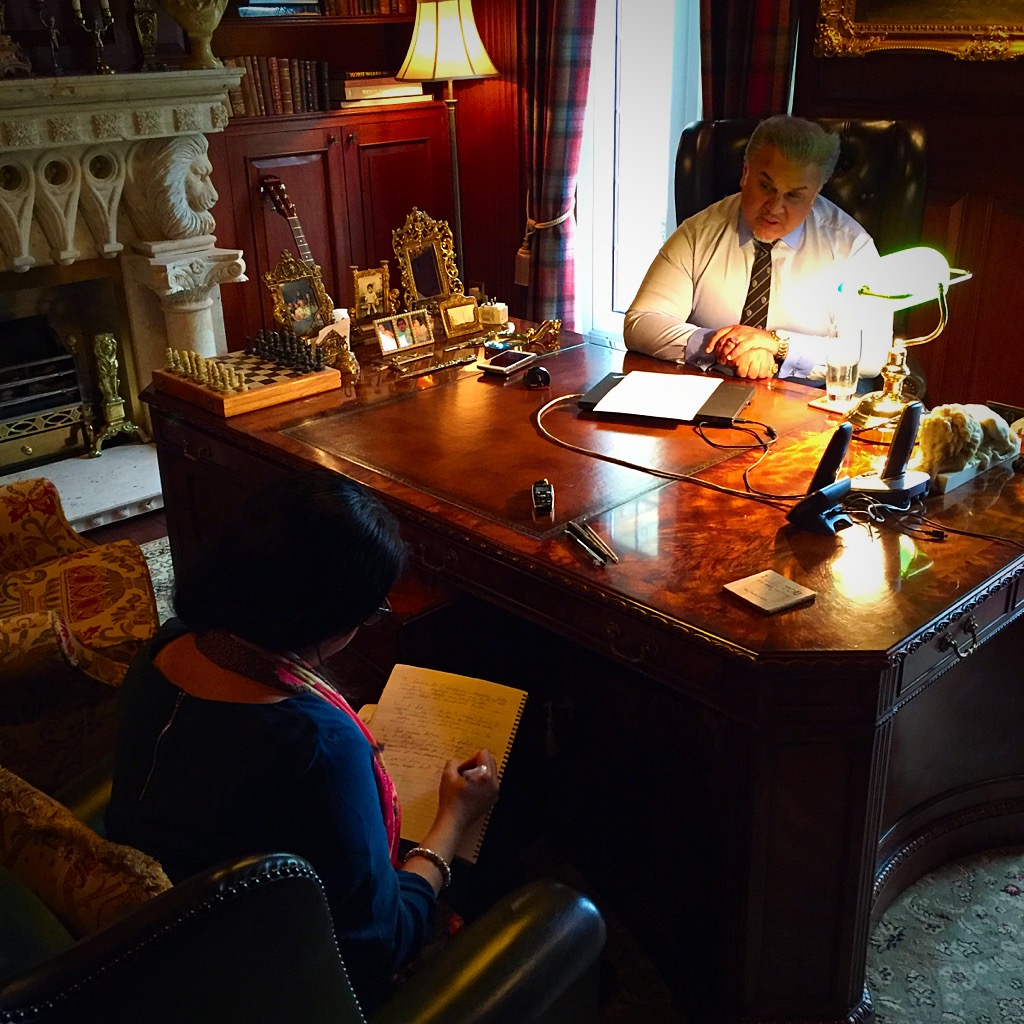 I walk in, give Nima a hug and then walk round and embrace my friend Richie with a huge hug, which I know he’s accustomed to sharing.

As he sits down, Richie is quick to tell me off, saying “get out, let us finish the interview in peace. We won’t get anything done in here with you around”. So a quick laugh, polite wave, and I close the door behind me. 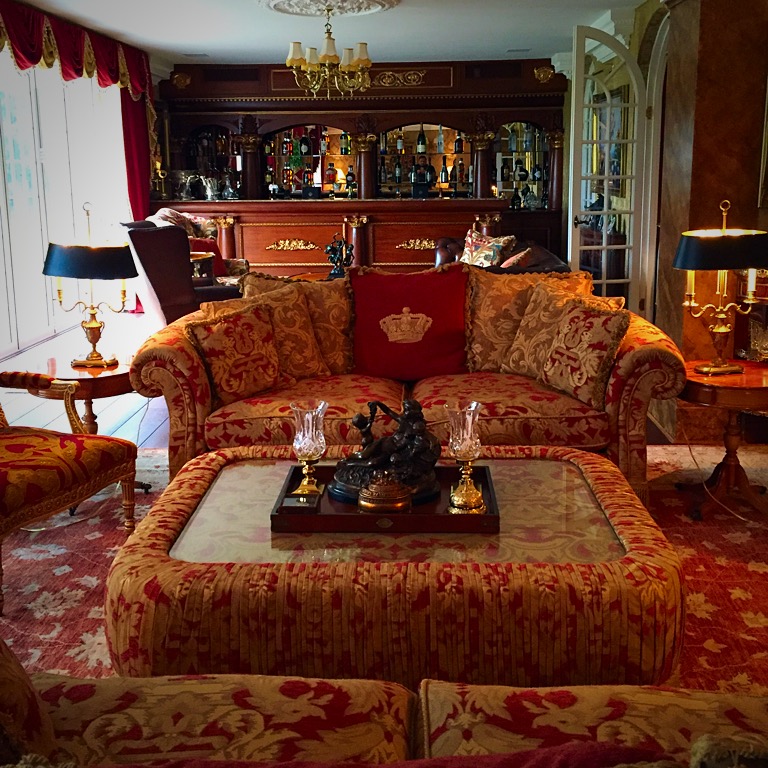 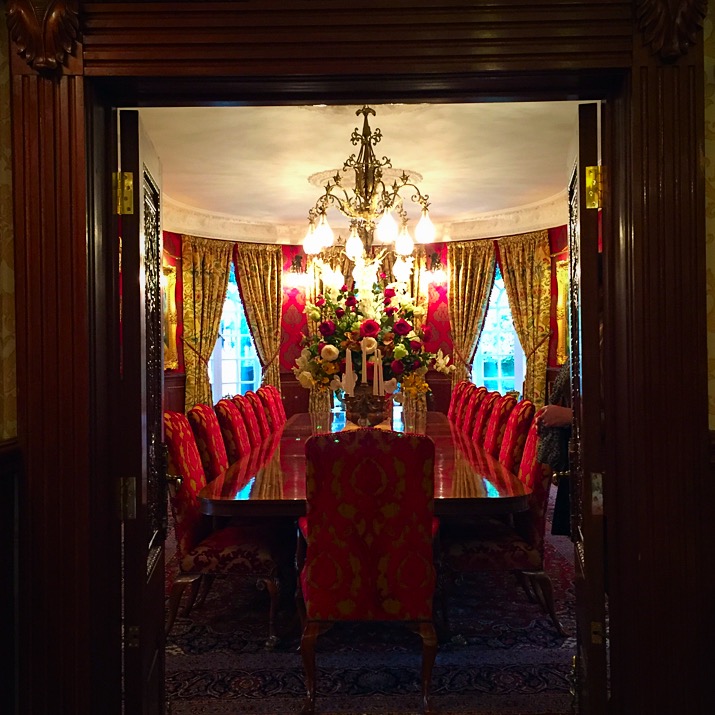 I walk around with Karan as we look out for spots to shoot. We’re spoilt for choice but we manage to pin down a few locations.

Nima and Richie soon conclude the interview and we jump straight into some portrait shots.

It’s difficult to try and get Richie to stop smiling and laughing as that is through and through his character. So Karan asks him to give the lens some Blue Steal to which he does very ceremoniously.

We then play around some shots and he strikes a pose. The penny drops – we have our cover shot!! 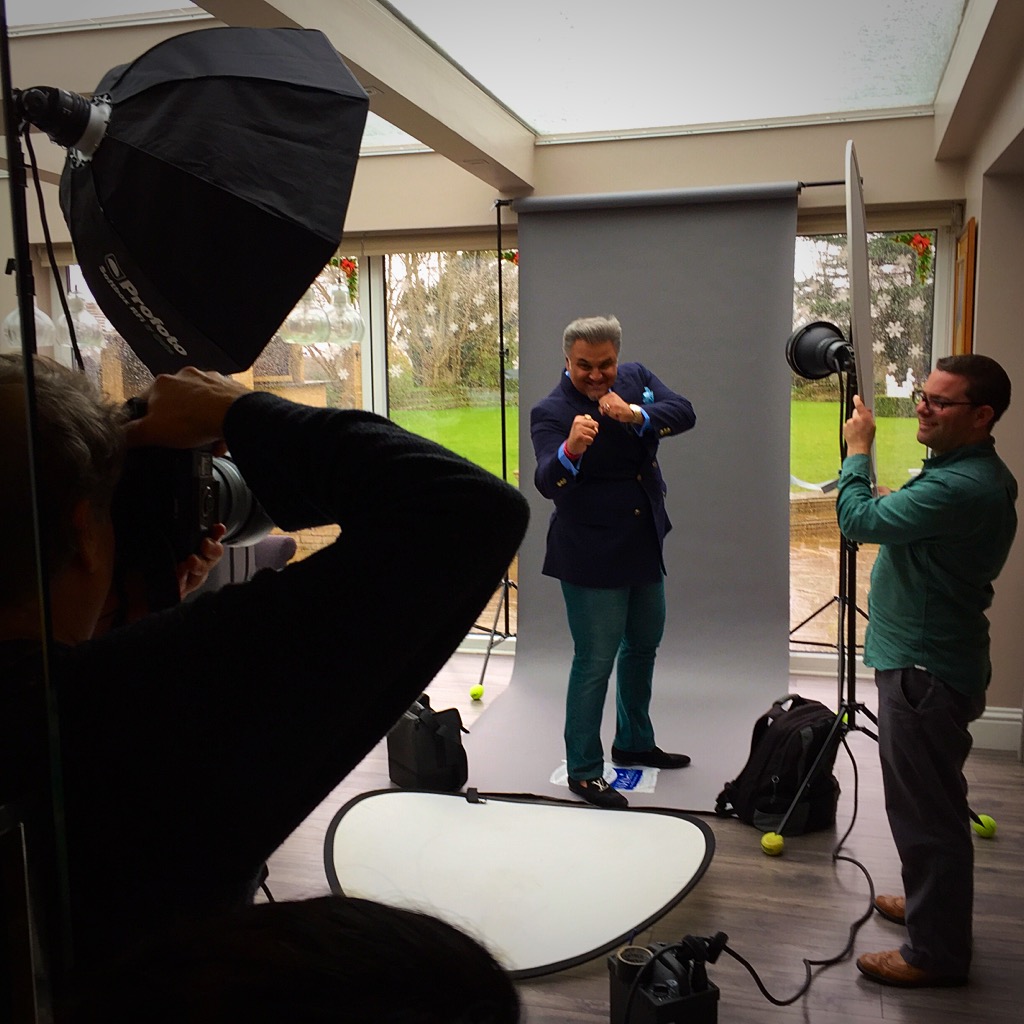 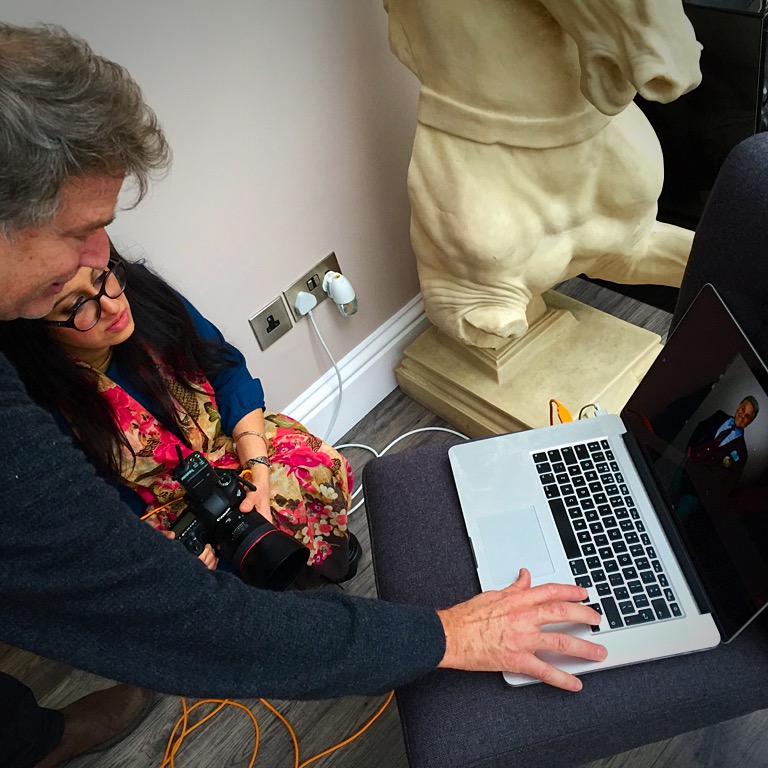 As we start moving to the next location in the house, I walk through the family kitchen and meet his lovely wife Winnie and two of Richie’s daughters. As we talk, I spot something on the wall which I read and find humbling especially as this resonates with my own family rules. 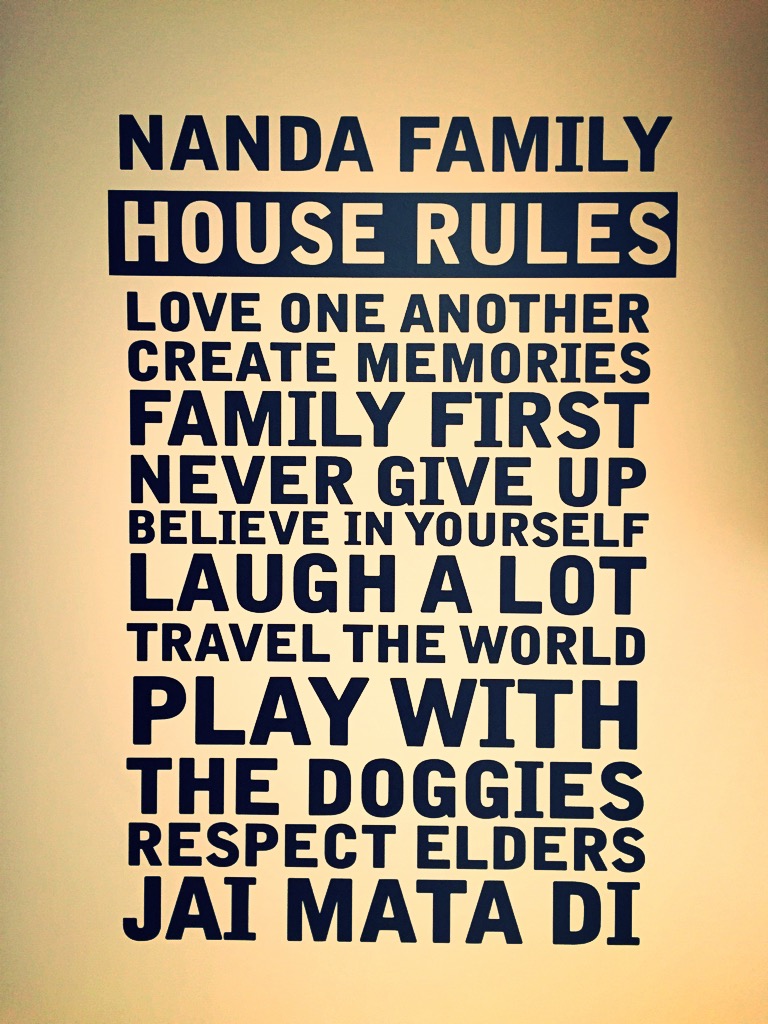 So after a quick outfit change we move to the next location where Richie brings in his two beautiful Alsatian dogs Tyson and Tristan. The whole security part now feels complete!

We start shooting and very quickly I have a new appreciation for photographers who shoot with animals. I tell you, getting these two dogs to focus was a job in itself, but I guess that’s just what dogs do, right? 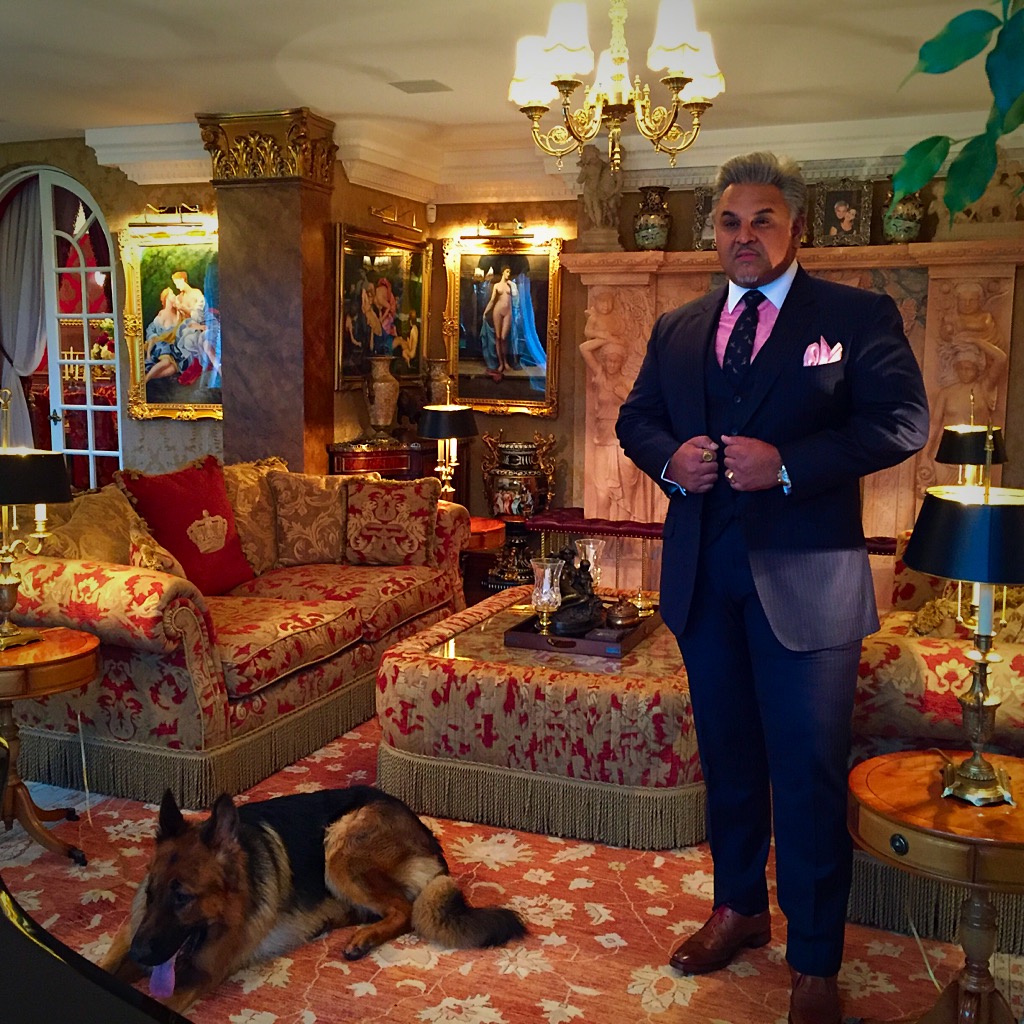 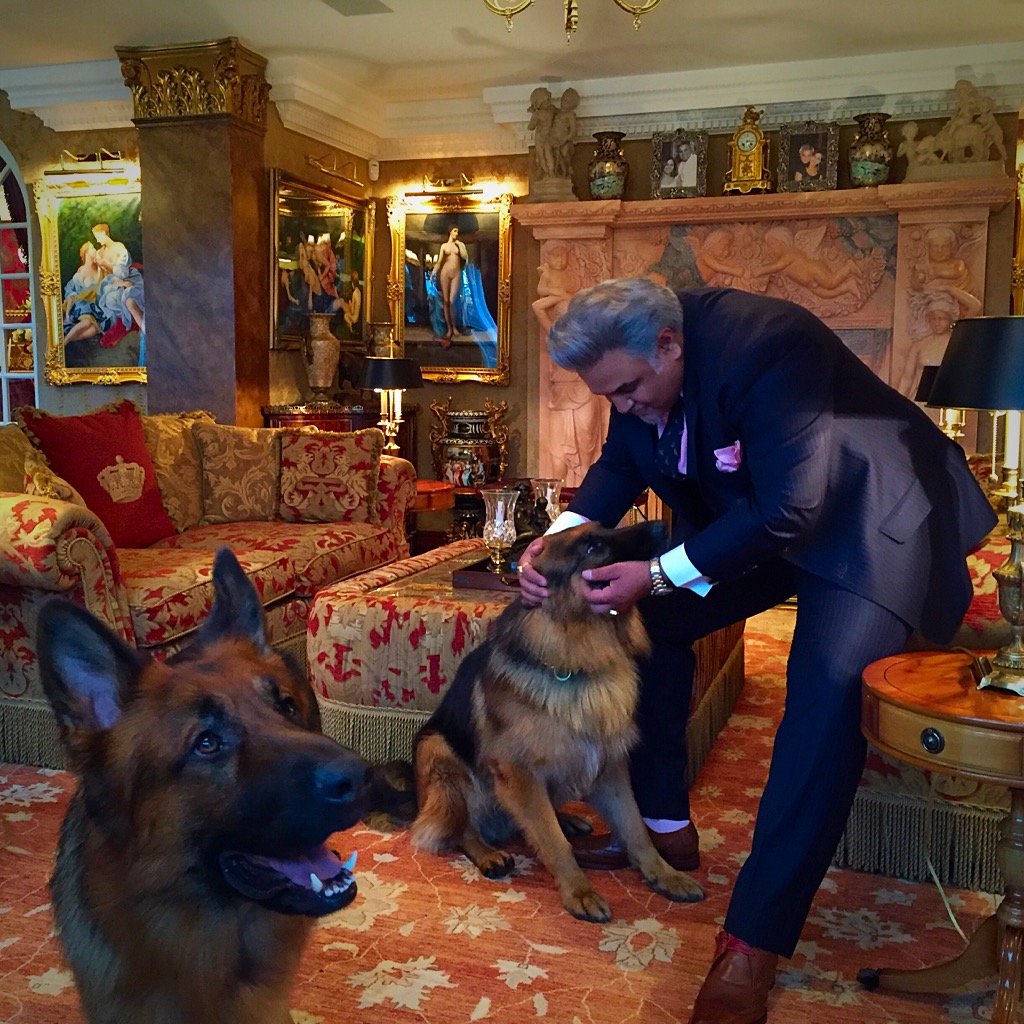 As we finish up, Richie and I start talking about security and fighting, to which I say ‘I think I could take you!!!’ his immediate response – ‘Let’s go!’ 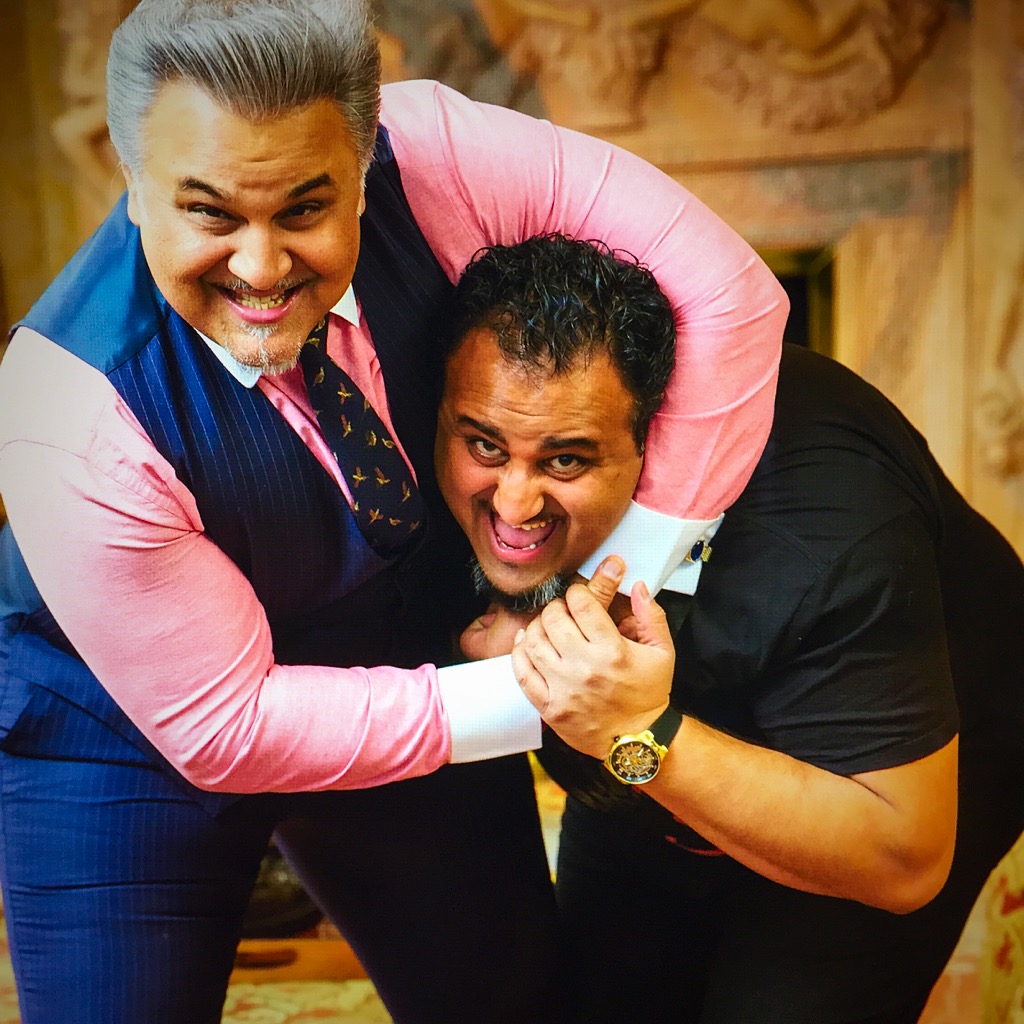 I tap out very quick, dust myself down and very sheepishly say, ‘right then, let’s carry on’ to which Richie looks at me with a slight grin and a wink.

Then on to Richie’s study for the next location. 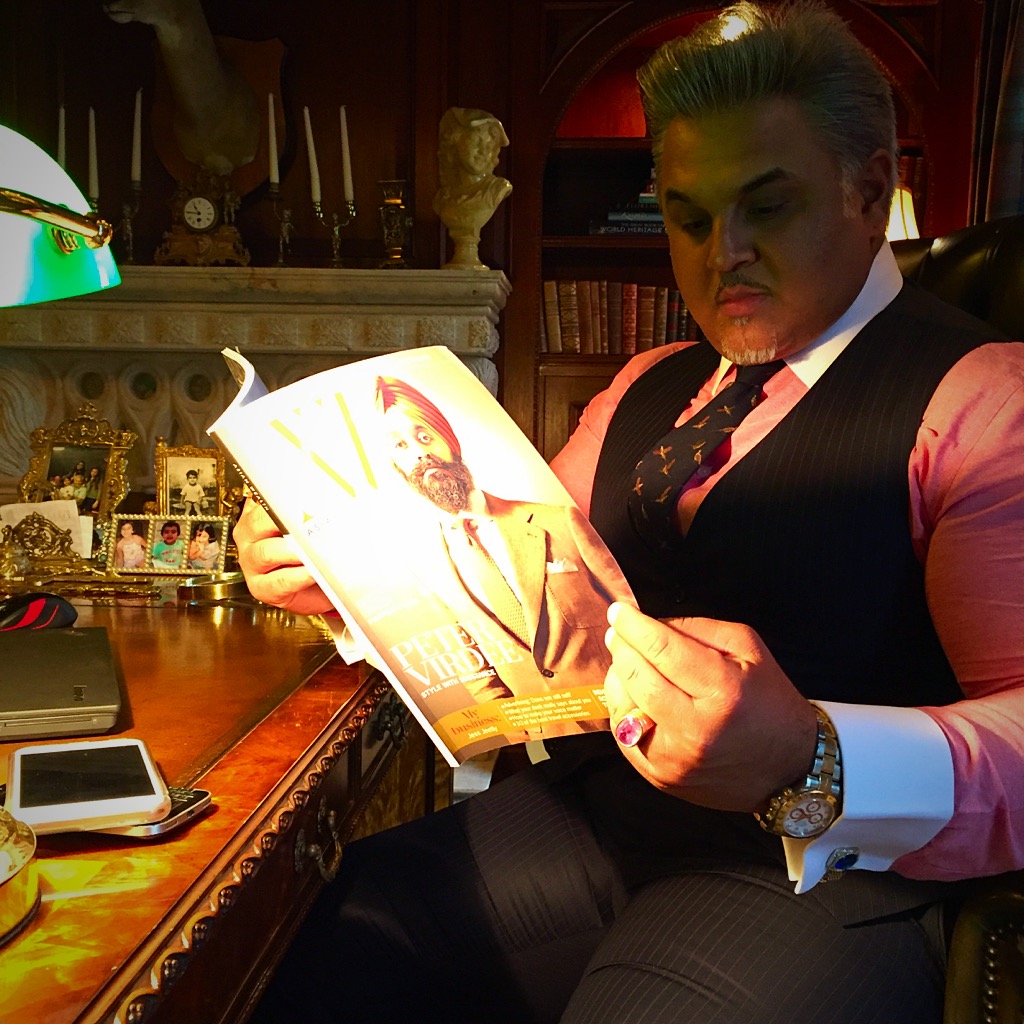 Just as we finish up, Richie asks us to give him 10 minutes while he sends an email and makes a call. I it’s clear to see he’s fun and jovial, Richie still will always be a serious businessman.

As we start to pack up, I take a few shots of the man in action. 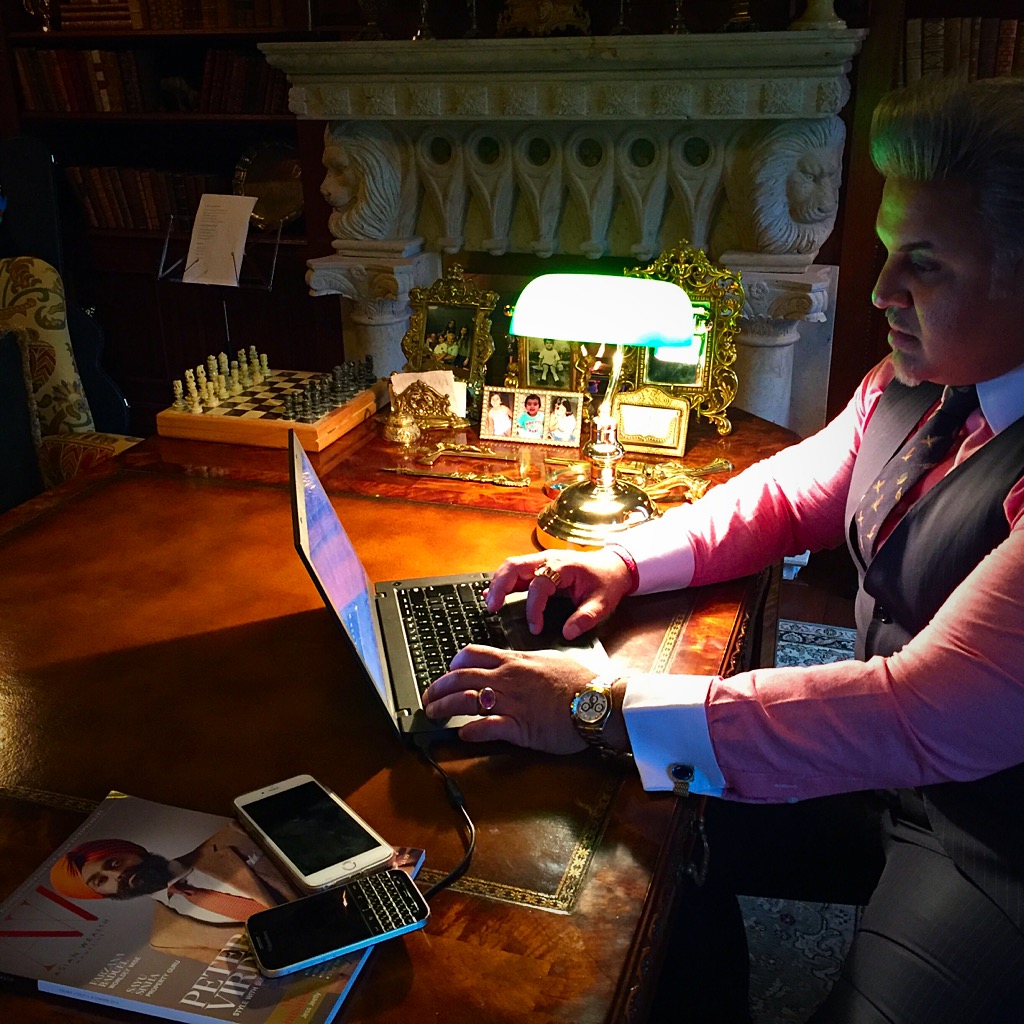 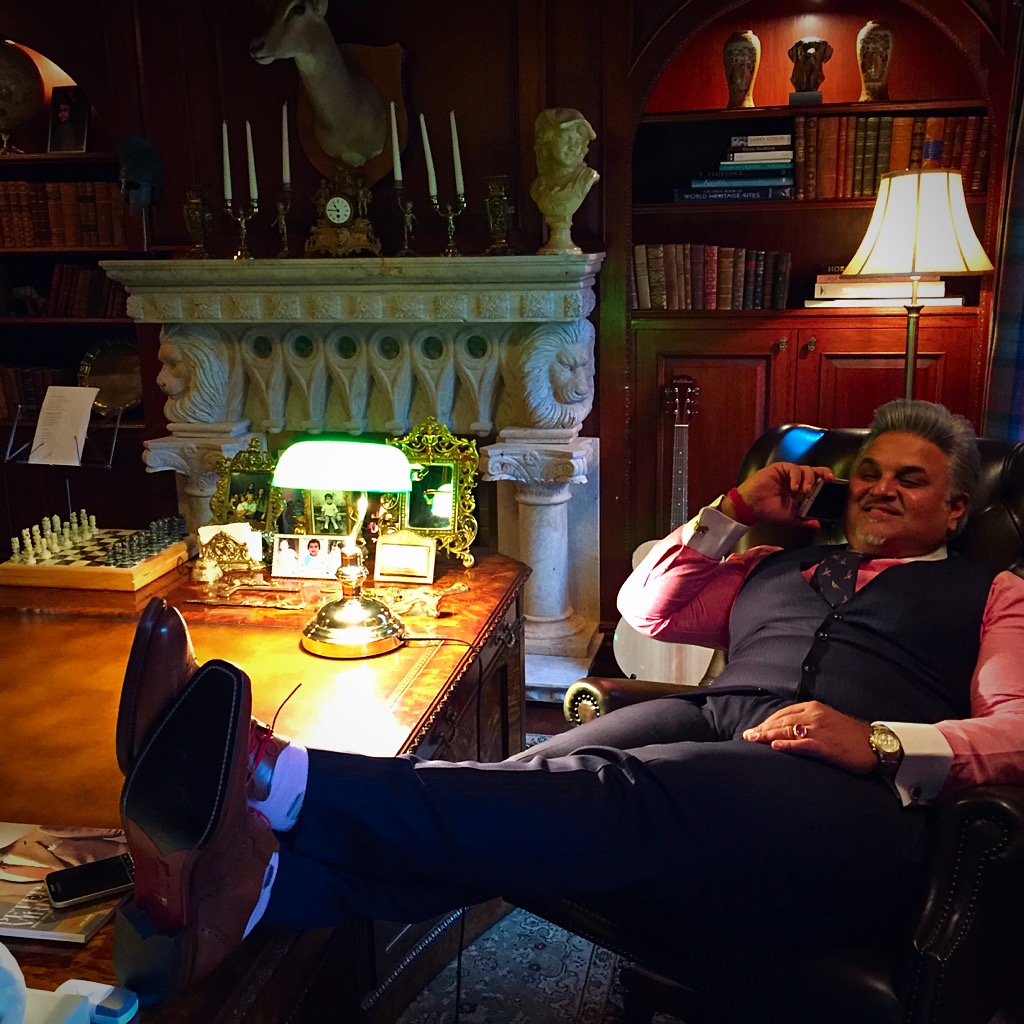 As we round the morning up, Richie asks us very kindly to join him for lunch to which we graciously accept. We sit around the table enjoying a wonderful lunch and hear stories of India and fun times.

A quick selfie as we depart The Manor and say farewell to Richie and his beautiful family. 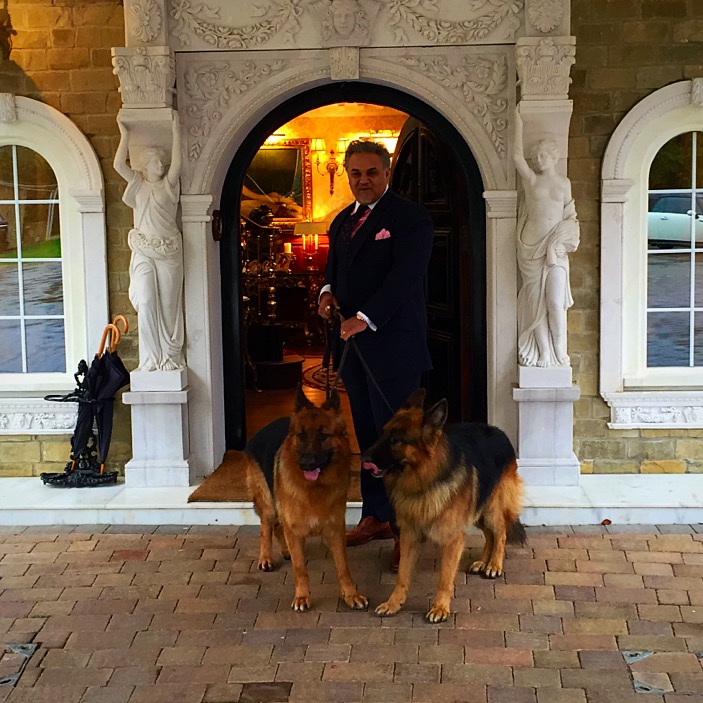 Until the next time! 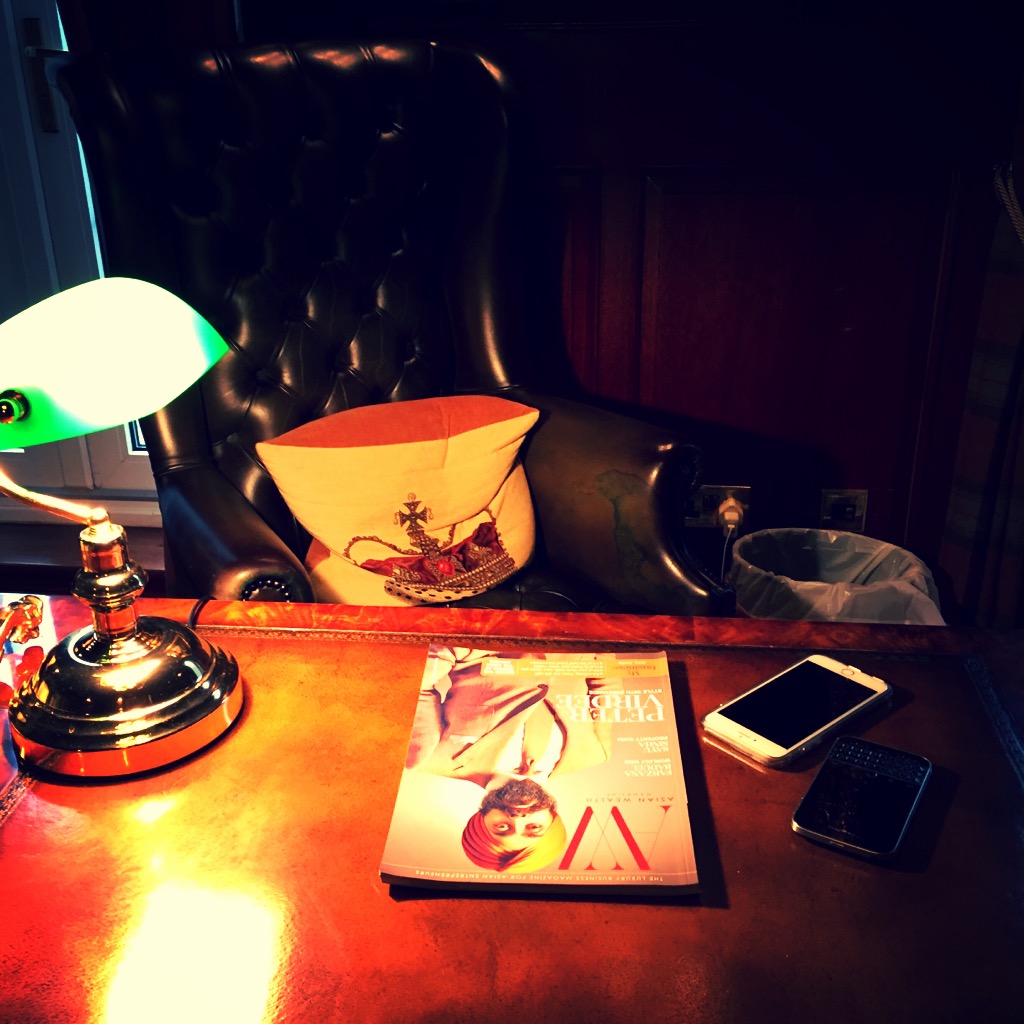